Skip to main content
You are the owner of this article.
Edit Article Add New Article
You have permission to edit this article.
Edit
Home
News
Profiles
Opinion
Local Events
Awards
Book of Lists
About Us
Digital Edition
And More...
Share This
1 of 2 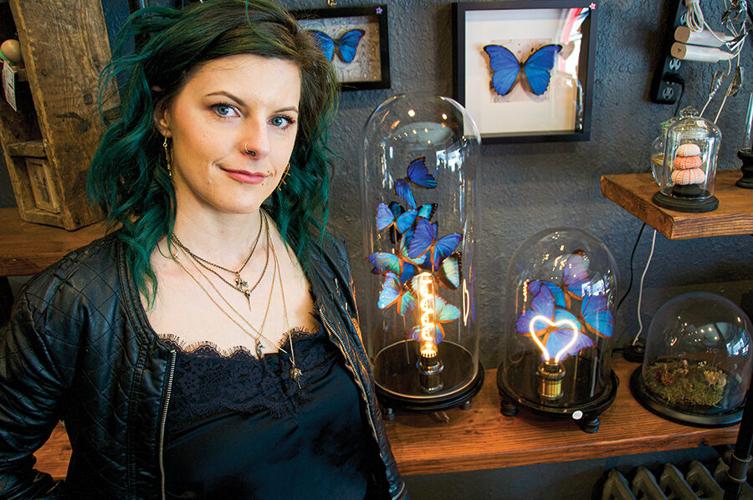 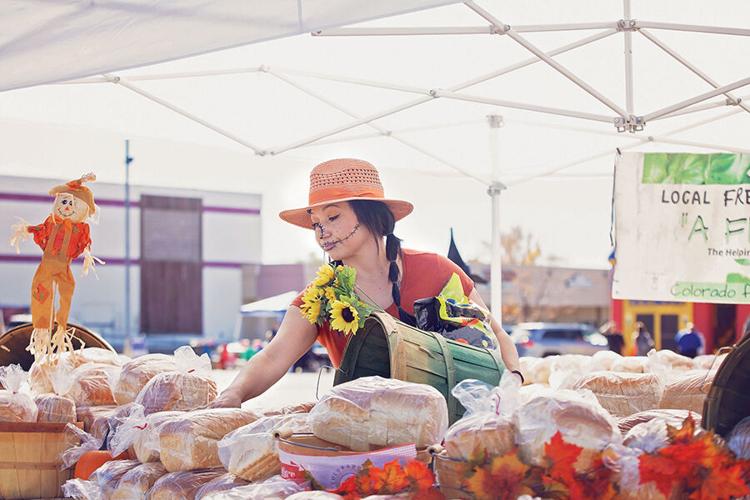 A new generation of business owners is bringing energy and out-of-the-box ideas to retail.

They’re relying on websites and social media for sales and marketing, as all businesses must — but they still believe in the power of brick-and-mortar stores, and they aren’t afraid to try new ways of serving customers.

Elena Salinas, for example, started A Fresh Move to provide affordable, accessible food to people who live in neighborhoods without grocery stores. Salinas has been taking food to the people through pop-up and mobile markets but also plans to open a retail store this fall in Southeast Colorado Springs.

Salinas and Cole Dougherty, who will be opening a streetwear shop later this year, illustrate another strong trend among younger entrepreneurs — their businesses have a social purpose.

Entrepreneurs like Beatrice Solo are creating original spaces that bring an edge to Downtown Colorado Springs.

“We started off as a mobile market,” said Salinas, 34. “I popped up in about seven locations in Southeast Colorado Springs, which is considered a food desert.”

Salinas has held pop-up markets offering bread, eggs and fresh produce at community centers, health clinics, schools and even on sidewalks outside local businesses. She offered mobile markets to businesses to give their employees access to fresh food.

She has grounded her choices of suppliers in knowing where food comes from and supporting local businesses.

“I partnered with Colorado farms and small businesses,” she said. “We’re really focused on safe-soil practices and making sure that they’re treating their workers well. We’re really narrowing down to food, where it’s coming from, how it’s coming and how we’re getting it out.”

Since she presented the first pop-up market in March 2020, Salinas said she has learned a lot about food disparities and how food impacts people’s lives.

Through neighborhood surveys, “I found out what people needed and wanted, and that education was a huge piece to providing fresh food,” she said. “That became a huge part of what we do.”

She learned that people wanted information about meal planning, budgeting, grocery shopping and growing food, so she offers workshops that share those skills. Information about upcoming workshops is posted on A Fresh Move’s Facebook page.

“I didn’t want to provide just cooking classes,” she said. “I also wanted to offer tips to help families achieve a healthier diet: How can we think about using our food? How can we afford it? How can we make it stretch?”

Salinas grew up in a family where food was love, and sharing with others was valued.

After she moved to Colorado Springs from Aurora in 2016 with her husband, child and a second baby on the way, she experienced firsthand how difficult it was for people living in food deserts and for those who, like her family, were living on a single income. She relied on a food bank at the Deerfield Hills Community Center, but it occurred to her that taking food to people might be a solution.

She completed a 10-month course through the THRIVE Network to learn basic business skills and gained grant support from Colorado Springs Food Rescue and the Colorado Health Foundation to start the business, originally called The Helping Hand Neighborhood Grocery Store.

Salinas continues to attend events — she’s planning to be at a Harrison School District 2 resource fair this spring — but has put the pop-up and mobile markets and an online store on hold since October, to work on the brick-and-mortar store.

“You can look up stuff on the internet all day — online is how we’re connecting with customers,” she said, but the physical store will offer face-to-face connections, and there’ll be more storage space to serve as a base for pop-up and mobile operations.

Salinas said she’s close to signing a lease for a space at Mission Trace Shopping Center. She expects buildout to take several months and is aiming to open the store in the fall. She plans on offering some jobs to women who have children.

“It’s more than a grocery store,” she said. “It’s a fresh movement in our community. That’s why I call it A Fresh Move.”

For Dougherty, entrepreneurship started with the desire to create a social impact model.

He will launch Futures online at first, but “the great thing about a physical store is that it unlocks more jobs,” he said.

It also may be a good business move, he said.

“I don’t know if it’s because of COVID or just a generational shift, but so much stuff went online, and maybe we’re gravitating back toward” in-person shopping, he said. “People love to gather around and see what’s for sale. You can only experience that in a physical space.”

When his boutique opens this summer, Dougherty wants to offer consignment and retail merchandise like sneakers.

He will also feature a unique line of streetwear made by Superior Ink, a Denver-based screen-printing company started by his cousin Dominic. The two share a vision of supporting their employees and social purposes including sustainability and eco-friendly practices.

“The great thing about a physical store is that it unlocks more jobs.” — Cole Dougherty

“Some of the product from the beginning will feature our staple logo and staple designs that will probably be permanently available on the website,” Dougherty said. “And then the idea on the creative side is to have young adults come on and partake in designing their own apparel that gets sold in seasonal or limited release, distributions or launches.”

The young people associated with the store also will participate in marketing and social media, supply chain and inventory management, and other aspects of operating a real-world business.

“They can come work for us for a year or two,” Dougherty said, “and that may lead them to going back and pursuing education or popping straight into an industry-specific job.”

Dougherty grew up near Chicago and came to Colorado Springs in 2012 to attend UCCS, where he studied sport management. “I love sports and how they can be used as a tool to socialize kids,” he said.

After graduating in 2016, he worked for USA Basketball for three and a half years as a coordinator for youth and sport development.

When he discovered Purple Door Coffee, a Denver shop that employs adults transitioning out of homelessness, “I thought it was a cool idea,” he said, “and I thought, ‘How can I create one for myself?’”

He’s always been interested in the world of streetwear and thought a store selling unique streetwear and sneakers would appeal to the younger demographic that is growing in Colorado Springs.

Dougherty, who just turned 26, launched the website, FuturesCOS.com, in February this year.

“Right now we’re just kind of making things move and getting people plugged in,” he said. He’s working a couple of flexible, part-time jobs until the business starts generating revenue.

Dougherty doesn’t have a storefront yet but hopes to find a space in Southwest Downtown in the vicinity of Weidner Field.

“That’s where I spend a good amount of my time,” he said, “and it attracts a lot of our younger crowd.”

Like Dougherty, Solo started her business online, delivering locally, but found shipping was difficult because of the delicate nature of her products.

One wall of her store at 22 E. Bijou St. displays her breathtaking Edison butterfly lamps and entomological specimens under glass domes, mounted or framed — unique combinations of taxidermy and art.

Solo grew up in a tiny town in Germany where there were few kids her age and not much to do other than playing in the woods.

“I was always that kid who was interested in bugs,” she said. “I would find a deceased bird and would bring it to class all excited, and my teacher would be freaking out over it.”

That didn’t stop her from collecting nature-inspired curiosities — a term she prefers over “oddities.” A background in photography and fine art led her to create unique ways of displaying them.

Solo, who moved to Colorado Springs in 2011, met a woman a few years ago who taught her how to pin butterflies.

“I kind of got obsessive with it, to the point where my husband was like, ‘OK, you either need to slow down or you need to figure something out,’” she said. “So I started Novis Mortem online.”

One day, after the pandemic had begun to tighten its grip, Solo was talking with her friend, artist Sarah Raban, “and went into a rage of ideas about having a place where people can enjoy unique art and curiosities.

“I wanted a museum-like environment where you can shop, hang out, and if you want to, listen to my fun facts,” Solo wrote on her website, NovisMortemCollective.com.

In August 2020, she opened the store, augmenting her own pieces with the work of local artists including Raban, Lindsey Larson and jeweler Dania O’Neal. She sources other woman-produced products such as cards and notebooks, kids’ books about bugs and drinking glasses foil-printed with anatomical hearts, skulls or moths.

Solo, 35, finds her Downtown store to be a more suitable and fun way to reach customers than the internet. As an artist, she hates sitting at a computer to post on social media or work on her website. She also found it hard to explain her work online and prefers talking to customers about the pieces she carries.

“I have an endless amount of fun facts,” she said. “When we have kids come in, I can tell them about the bugs. I also have an older generation that appreciates the butterflies.

“Our Downtown is growing, and we are getting some really cool places,” Solo said. “It’s getting younger, and we get more people that venture Downtown.”