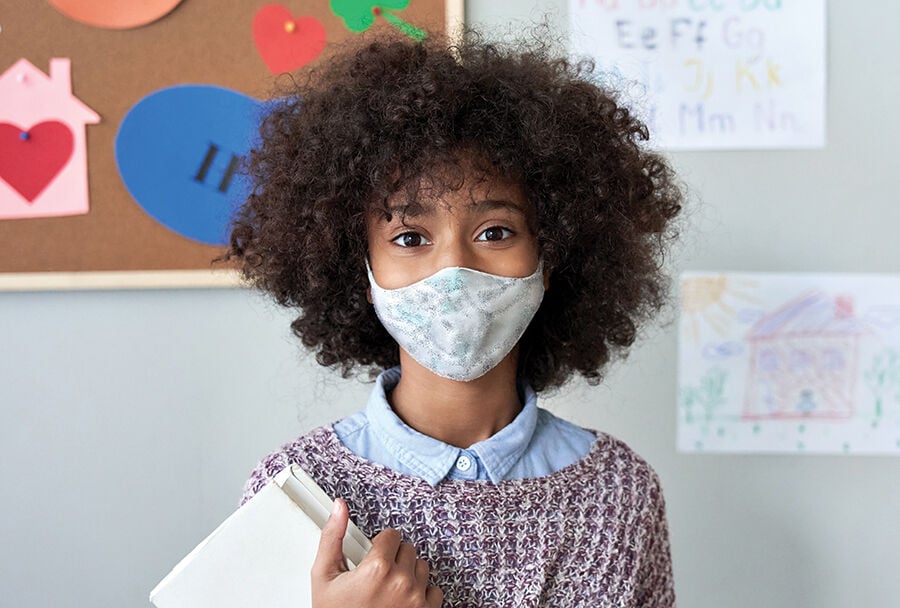 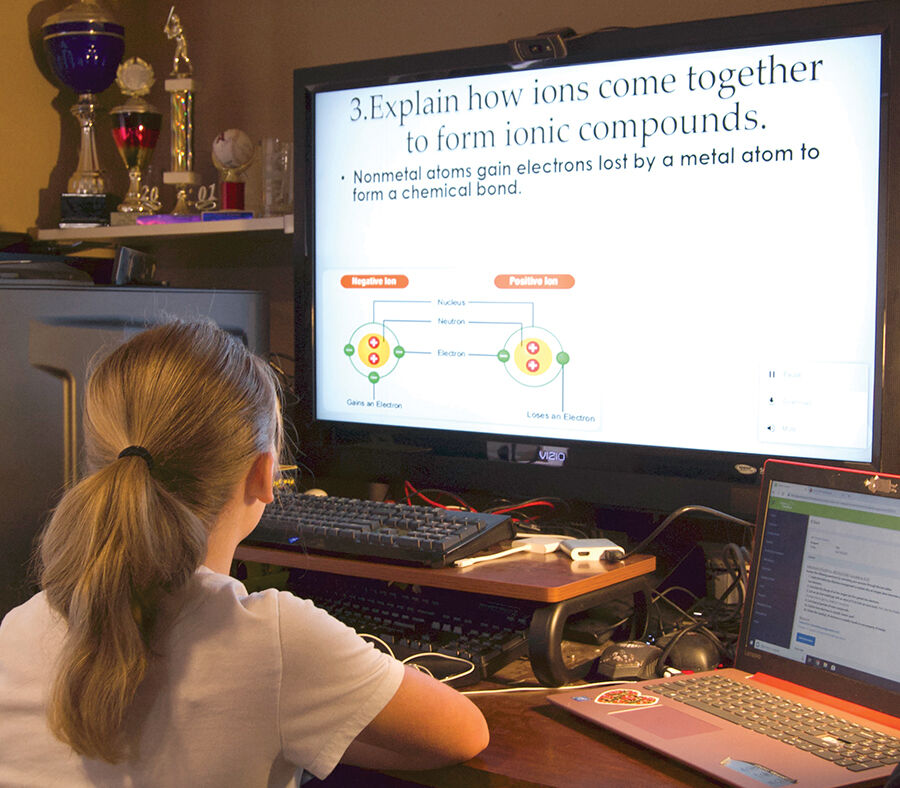 Masking, quarantine and vaccination are among the most difficult and contentious issues local school districts have had to tackle this fall.

That was the consensus during the 2021 superintendents panel, held virtually on Sept. 23. The panel was presented by the Business Journal and Kaiser Permanente and supported by RTA Architects, Harrison School District 2, GH Phipps Construction Co., Wember, OfficeScapes and Careers in Construction.

In Harrison School District 2, Superintendent Wendy Birhanzel said, the goal was to keep children in school.

“If schools aren’t open, kids don’t always have a safe place to be,” she said.

That goal, plus complying with regulations set by El Paso County Public Health, guides the district’s decisionmaking when dealing with these issues, she said.

“Right now, under the rules, it’s to mask everyone,” Birhanzel said. “I know that’s not popular with everyone. But our goal is to keep schools open.”

The district has incentivized staff to get vaccinated and held mobile clinics at the high schools for students 12 and older as well as parents and community members.

Colorado Springs School District 11 started the school year without masks, Superintendent Dr. Michael Thomas said, “and that had a dramatic impact on our ability to keep our schools open. … We had roughly about 1,500 quarantines between staff and students, and those quarantines disproportionately impacted certain areas of our communities. … And so we revisited our values.

“When we had masks worn by everyone, it drastically reduced our quarantine” to about 230 over a two-week period of measurement, he said. “And yes, it’s very unpopular.”

Lewis-Palmer School District 38 has instituted policies about distancing and quarantine but does not have a mask mandate, Superintendent KC Somers said.

“The mask stance currently in El Paso County is that it is strongly recommended,” he said. “So it is not technically a requirement. … If that were to change, we’ve communicated with our community that we are willing to and ready to implement that change to the extent that we’re required to do so.”

Manitou Springs City Council issued a mask order for all indoor settings, including schools, just before academic year began. One District 14 school, Ute Pass Elementary School, is outside Manitou’s limits and is not under a mask order, but mask wearing is highly recommended there, Superintendent Dr. Elizabeth Domangue said.

The district has joined a task force that meets every couple of weeks to talk about the situation and discuss when the mask order gets removed, she said.

“We really felt like this year needed to be a year of stability for our students and our teachers” in Widefield School District 3, Superintendent Kevin Duren said. “Our goal was to make sure that our schools were open to in-person learning.”

But at the beginning of the year, so many students were having to quarantine that several schools had to be put into virtual learning modes. Masks made sense.

“It was getting to a point where we were starting to see that if we did nothing, we were going to watch cases increase,” Duren said. “The most effective way for us to end quarantines was to put all of our students in masks.

“I don’t think we’re ever going to get to a point — maybe this is just my opinion — that we will get rid of get rid of COVID 100 percent. So we have to figure out how to live with it and how to navigate what we are setting as our priorities,” he said.

Asked if politically divisive issues have impacted learning, Thomas replied that “public schools have been the place where social warfare has been waged for decades. So what we’re seeing in 2021 really doesn’t surprise me.”

Students bring their own experiences into D11 classrooms every day, he said.

“We want to make sure that our teachers are prepared to facilitate sometimes challenging conversations,” he said. “These are prime opportunities to engage our students as critical thinkers.”

“We’re looking to see how we can make our students be able to be better thinkers and problem solvers in the end,” he said.

“If schools aren’t open, kids don’t always have a safe place to be.” — Wendy Birhanzel

Domangue said she did not think learning in D14 has been impacted, “but what I think is important is how do we create opportunities for discussion before it gets to a place where some harm has been caused to somebody.”

District 14 has created a diversity, equity and inclusion task force that is conducting a campus equity audit, she said. Results will be presented to the community.

More than 75 percent of families with children in D2 schools “identify as something other than white,” Birhanzel said. “Our families are living those issues. … There has to be a safe place where these politically divisive issues that affect our families on a daily basis can be discussed.”

Open dialogue and creating a culture where it’s OK to disagree are valued in D38, Somers said, “but we don’t necessarily have to be disagreeable. … We have the responsibility to ensure that the right to dignity and respect is upheld in every situation.”

When it comes to staffing, local school districts are having the most difficulty filling non-teaching positions such as paraprofessionals and bus drivers.

In D14, “one of the key steps we had to take was to adjust our hourly rate for our bus drivers,” Domangue said.

District 11 has also adjusted base salaries for hard-to-fill positions and is considering offering hiring bonuses.

While D38 is constrained by its budget in offering incentives, the district promotes its unique culture and has reset its payroll calendar, Somers said.

In previous years, teachers who started in August “weren’t necessarily able to get paid until September,” he said. “We were able to rectify that this year, which was a huge win for our newly hired employees. But there’s still a lot outside of our control.”

District 3 is contacting previous employees and encouraging military personnel to work for the district, Duren said.

“We’re looking at how we can sell ourselves as a community, to make sure they feel like it’s not just another job,” he said.

District 2 is using COVID-19 relief funds to boost salaries for some positions and also emphasizing that “it’s not just a job at Walmart or Target; it’s something that fulfills you and it’s really something you can grow in,” Birhanzel said.

Some incentive programs the district started before the pandemic are paying off now, Birhanzel said.

Technology put in place during the pandemic gave District 38 the opportunity to look at learning that happens outside the classroom, Somers said.

“We know the value of in-person learning and that there’s really no substitute for how teachers and students generate those connections within the classroom,” he said. “But we also understand that learning is more fluid.”

The district also “is finding multiple pathways and multiple ways for students to demonstrate proficiencies that translate way beyond just a test score, but really into preparation for the future — jobs that exist right now or perhaps even jobs that don’t exist,” he said.

District 2 is integrating technology and broadening the purposeful use of devices for all learners, Birhanzel said.

The district has continued to communicate with families at least once a week, which has forged stronger partnerships and helped school personnel understand their needs. District 2 also has maintained partnerships with community organizations that will continue to serve the system.

District 11 now has the ability to extend learning 24 hours a day, Thomas said. “A student can always go back to the instruction of that day, and not wait until tomorrow to get questions answered,” he said.

“I believe that learning modality is only going to continue to increase,” he said.

District 3’s teachers have become more adept with the technology used in their classrooms, Duren said.

“Those are strategies that I see teachers continuously using, just to be more efficient, but also to have an increased level of experience for students,” he said. “I can see the accessibility for us to be able to get business partners and experts into the classroom.”

The increased use of technology during the pandemic also has afforded the opportunity to boost students’ skills, Duren said.

The task now is “how do we make them more of the authors and the makers using technology to expand what they do and how they express themselves,” he said.

At first, “the shifting and changing different models that were happening were really taking a toll on our staff” in District 14, Domangue said. “Early on, we moved to Wednesdays being a time for them to collaborate.”

The schools also are continuing to take students outdoors for experiential learning, which started during the pandemic, she said.

Superintendents across the region have been collaborating and forming bonds throughout the pandemic, Domangue said.

“As colleagues, we became stronger,” she said, “and I know those relationships are going to continue.”