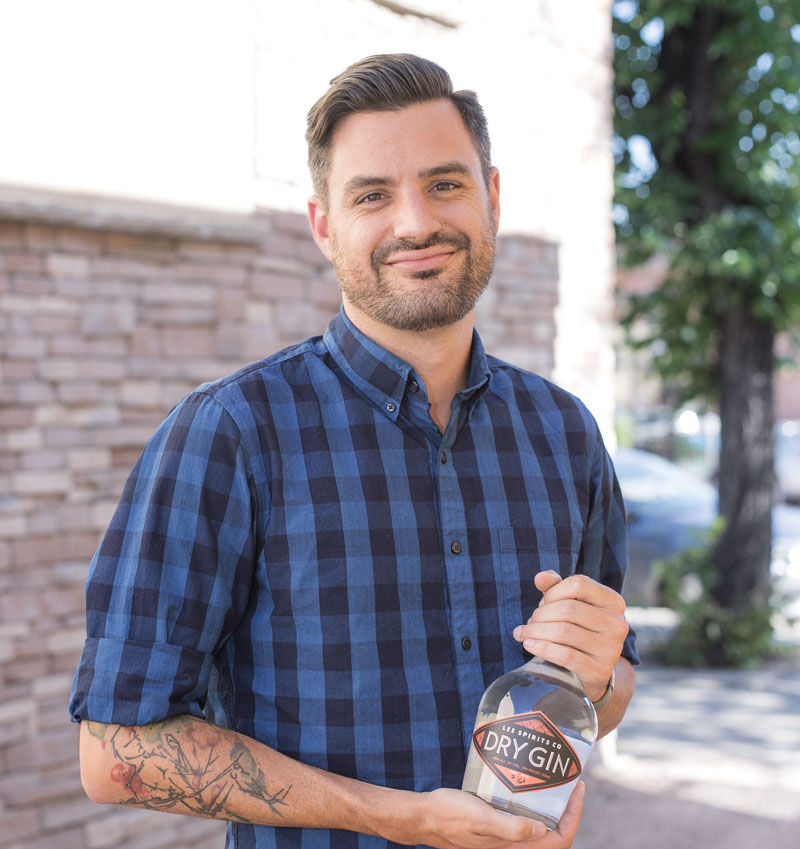 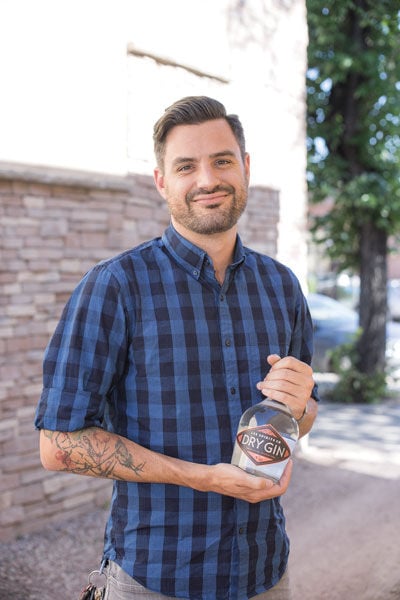 Ian Lee experienced living and working in each region of the country before he discovered his true calling as an entrepreneur in his hometown of Colorado Springs.

Lee, 30, grew up in the Springs before he attended school in Nebraska and Arkansas, and then worked in Los Angeles and New York. Finally, he returned home and has since become an active community member, serving on the board of Peak Startup and co-founding his own companies. Lee spoke to the Business Journal about his travels, coming home and Lee’s Spirits, a gin company he founded with cousin Nick Lee.

I was born here in Colorado Springs … My parents are both from Southern California. They went to college in Portland, Ore., , got married and my father moved here to join a tech startup with Nick’s father. It failed and he ended up getting a job in the aerospace engineering field. So I grew up here, graduated high school and ended up going to college in Nebraska for a year, then to Harding in Arkansas for a year.

Why only a year at each school?

Because I had gotten an internship at an aerospace engineering firm here in town after high school … I was able to go back to work there. I enrolled at Pikes Peak Community College and then transferred to University of Phoenix in this awesome program for a bachelor’s of science in information technology, which was through the business school … I didn’t really realize that what I was doing all throughout college, from a consultant’s perspective, was incubating and learning how to solve problems and develop startup methodology.

Is that when you got into startups?

Sort of. Around the time I graduated, the company I had been working for was sold and I took some time off and moved to Los Angeles, where I took an internship with a startup — a litigation support company called LDSI. They had a software tool that allowed law firms to take in evidence and process it digitally … Then the economy tanked in 2009, the shop closed and I moved back to Colorado and was still in-between jobs. I moved to New York for about six months and helped the company close its location there, but when I came back I knew that I wanted to do something with startups. I needed a job, so I went back to the engineering firm that had bought the company I worked for until I met Chris Franz, who was working out at Schriever Air Force Base at the time … [We] became partners to revitalize a business called IPS that he had previously started, and that was my primary gig until last January.

Is that also when you became involved with what was then PVG?

Yes, through him I became involved with Peak Venture Group around that same time and really just jumped into the entrepreneurial ecosystem. While I was there, I was also working on other startups. Nick and I started a company called Tinsly, a software company; we started a record label; and somewhere in that whole process, we both became very frustrated with how the startup ecosystem in Colorado Springs was functioning — not because it didn’t exist, but because no one was really willing to help us and mentor us … So our goal when Nick and I started Startup Colorado Springs was to create these really great events that entrepreneurs really want to go to, where networking and mentorship are naturally a byproduct … So we did that and it took off like wildfire — we found out that we weren’t the only ones who felt this way. We were looking to the future — and we’d be damned if we weren’t going to stand up and be a part of what that future looked like.

Having spent time in different parts of the country, how did you perceive that ecosystem in Colorado Springs?

It was really easy for me to understand that it was a culture problem, and not a skill-set or desire problem. Culture is a unique argument — it’s a very personal thing. … Everyone here is so open and trusting. Colorado Springs is the biggest small town in America. We trust personal recommendations — a smile and a handshake — a lot more than we do a Yelp review.

Why did you decide to come back?

I compete in triathlon, so this is a great place to train for that. It’s cheap to live here. I want to have a family at some point … and this is a way better place to do that than L.A.

Tell me about your latest venture.

Nick and I started Lee’s Spirits in 2013, as the craft spirits market space was just starting to grow. We did a bunch of market research and realized that it was about to pop, so we got in on the ground floor. We’re both gluten intolerant, so gin had become my favorite spirit … We finally decided on gin and chose to make it how they did back in the ‘20s, and make cocktails the way they made them back then. We want people to have the greatest drinking experience they can possibly have, and that all starts with great ingredients.

We had our launch party in March, so we’re a little over our 90-day mark and we already have more than 20 accounts in the Colorado Springs area and one in Boulder. We did the Boulder Craft Spirits Festival last weekend and took first in “best cocktail” and second overall in “best spirit,” which was pretty great.

I hear you’re working on a speakeasy?

Yes, we’re working on a speakeasy in the downtown area that we plan to open very soon. It will function as an art deco bar, all the cocktails will be Prohibition-era appropriate and made with gin. Everything we will serve will be handmade and it really will be a speakeasy: false entrance, passwords on certain days, a dress code … We think it’s going to be a great spot with a great lounge environment … where the focus is on the cocktail. We also plan to release more gin in the fall.

I’m a busy guy. I volunteer at Peak Startup, I volunteer on the Colorado Springs Liquor Board, I’m a Lululemon brand ambassador, I’m an Ironman Foundation Newton Running Ambassador … In every aspect of my life, I’m constantly trying to push myself and redefine myself — obtain more excellence. But that’s impossible to do alone; you have to have a good team. And I love the community, because that’s where my team comes from. I’m loud and I’m out there.”