Skip to main content
You have permission to edit this article.
Edit
Home
News
Profiles
Opinion
Local Events
Awards
Book of Lists
About Us
Digital Edition
Subscribe
And More...
Share This
1 of 3 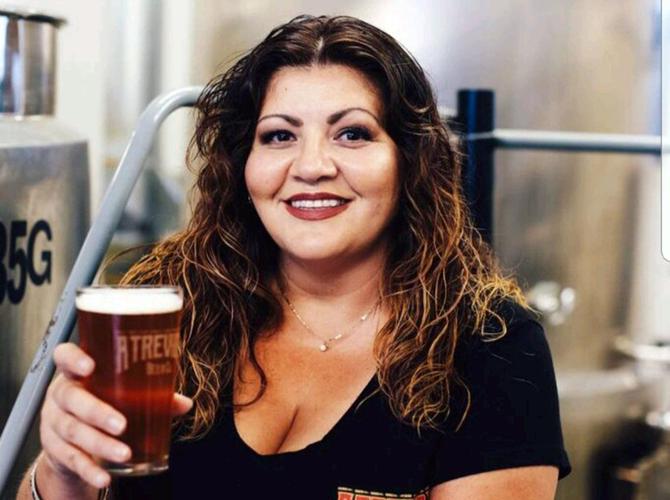 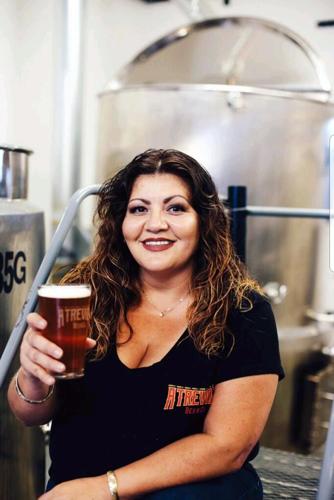 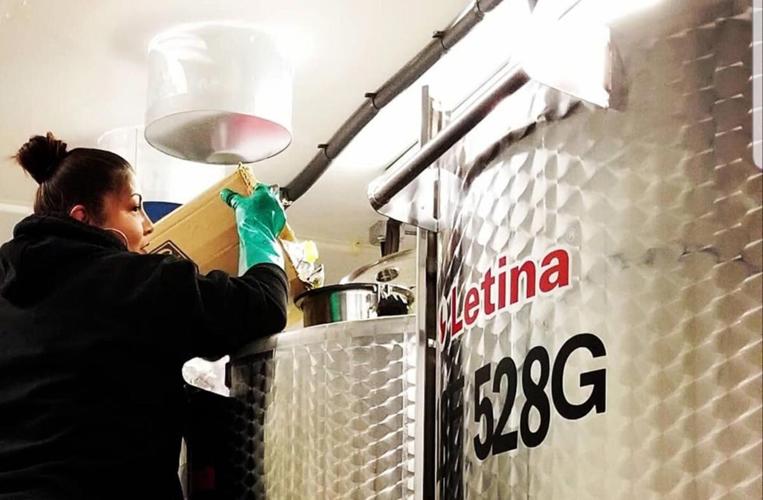 Jessica Fierro’s love for beer began when her husband, Rich, received military orders to Germany, considered by many as the beer mecca of the world.

“Literally the beer was cheaper than water or wine and you got it in mass volumes,” she said. “What I knew of beer was what my dad drank, which was Tecate, Corona and the fancy Negro Modelo. I was never a beer fan prior to moving to Germany.”

Fierro, who today owns Atrevida Beer Company, a company she founded, immersed herself in the beer world, including taking a grain-to-glass tour and learning what it took to make beer from start to finish.

“I was completely enthralled in the creative process behind it,” she said.

“I had known a little of Colorado, and knew it was considered the Napa Valley of beers,” she said. “I was very excited coming in. This could be an opportunity for me.”

Fierro enrolled in cosmetology school at Paul Mitchell, all the while getting involved in the Colorado beer scene and experimenting with home brewing.

“I would come in and guest brew or pick brewers’ brains or just observe,” she said. “It was a lot of me asking and literally revisiting and asking again.”

Fierro said some of the same things that drew her to cosmetology also attracted her to brewing.

“There’s no cap on creativity in either industry,” she said. “You can be eccentric with hair color formulation, and I can tailor hair color, add a little bit here and there to make sure that that person comes to see me again to get their hair colored. There’s the same mentality in the beer world.”

Fierro interned with a local brewery for just shy of a year while guest brewing and trying to get her foot in the door.

“The more I dived in, the more I was falling in love with the process,” she said.

Fierro got involved with two nonprofit, all-female beer organizations — the Pink Boots Society and Makin’ Noise — which led to her big break two years ago.

“I entered a home brewing competition through the nonprofit, and the next thing I knew I had this producer calling me from the TV station ‘Viceland,’ looking for a Colorado competitor,” she said.

Fierro was featured on the show “Beerland” and won a show-sponsored competition for the state. Her winning beer, Doña Neta, is now canned and distributed nationwide.

“I was so overwhelmed, I couldn’t believe it,” she said. “While the beer was being distributed, I got to know the ins and outs of sales.”

Fierro’s journey didn’t stop there. She purchased what used to be Great Storm Brewing near North Nevada Avenue and transformed it into Atrevida Beer Company. “I told my husband, ‘Let’s go for it. If we don’t do it now we’re not going to do it.’ Everything happened organically and we barely ran into any issues,” she said.

By the end of last January, the previous owner was handing Fierro the keys to her business, and Atrevida Beer Company was officially opened May 5 with a sign proudly displaying “Diversity is on tap” hanging above the front door.

“It means inclusion, and we need more of that in the Springs,” she said.

Fierro said her business is “woman-centric” — there is one male among her six employees.

“My biggest thing is putting women forward and giving them a voice and presence, especially in a male-dominant industry,” she said. “I know we have a lot of eyes on us in good ways and in bad ways. It’s a challenge but I’m a challenge-driven person.”

Keeping the local trend alive, Fierro and her husband partner with various food trucks because Atrevida doesn’t have a kitchen. Aside from her winning beer, Fierro does not distribute on her own yet, as she would like to take a more calculated approach, she said, focusing on branding and marketing first.

Fierro’s biggest piece of advice to other small business owners is “to get comfortable with being uncomfortable,” adding, “You have to have thick skin. I’m going to show you more with my actions than my mouth, and I want to show my daughter there are no boundaries.”

Fierro said she hopes to see more women in prominent roles in the brewing industry.

“This is our way of paving the road and giving voice to other women,” she said. “I want to help in any way I can.”

To anyone, especially women, thinking of joining the beer industry, Fierro said being curious is the first step.

“Pick brains,” she said. “I also don’t let anyone’s words place weight with me. I take in what they say, and then walk away and do my own thing.”

Fierro said since taking over Great Storm Brewing, she and her husband have been very well received and have retained 90 percent of the former brewer’s clientele.

“It’s more than just a glass of beer,” she said of her product. “There’s a dialogue behind it, and I’m super excited to be joining the ranks of these great breweries we have here in town.”