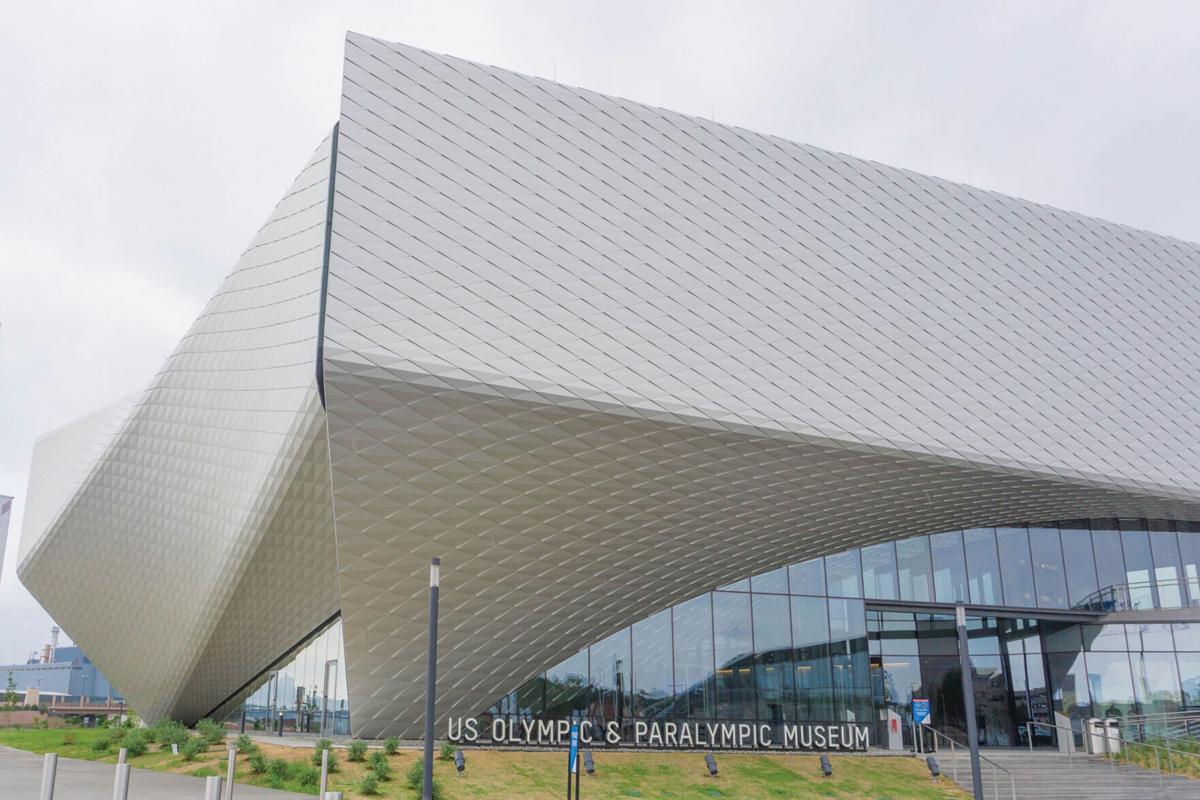 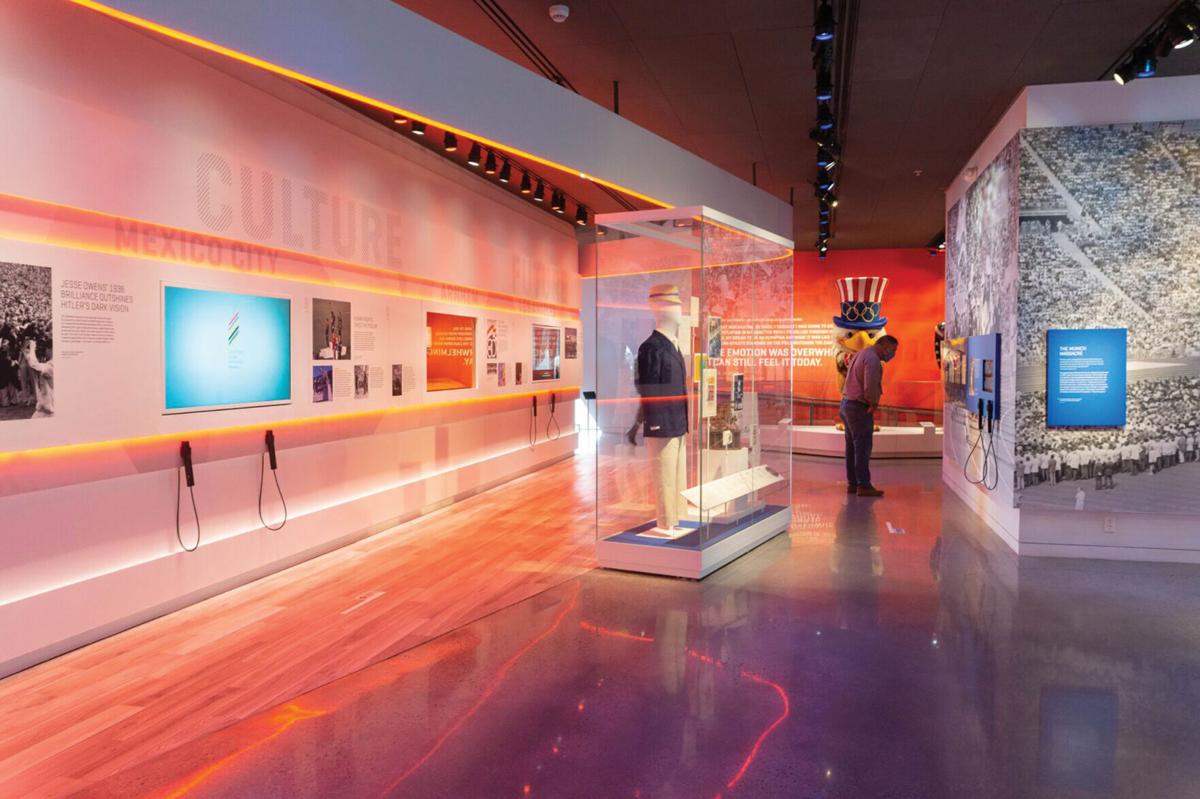 The United States Olympic & Paralympic Museum and Hall of Fame is playing catch-up after opening last year during the COVID-19 pandemic.

After building the U.S. Olympic & Paralympic Museum and Hall of Fame for double the cost of the original estimate of $45 million, museum board members want $3.5 million from the city’s American Rescue Plan allocation. The money apparently is needed to plug a revenue hole caused by a lack of paying visitors due to the COVID-19 pandemic.

Although Mayor John Suthers and his staff didn’t reveal the request during a June 10 retreat with city council at Colorado Springs Airport, the mayor’s Chief of Staff Jeff Greene confirmed the museum’s request.

Meantime, El Paso County commissioners on June 15 approved giving the museum $500,000 under a “sponsorship agreement” from its ARP allocation of about $140 million.

The category of spending from which the museum’s allocation would be drawn is business development/economic recovery, for which Suthers is proposing to spend $14 million.

Greene said that criteria must be developed for those choosing to apply for an allotment. Those criteria will include how applicants’ requests would impact the community.

The museum is a signature project for the city, which has branded itself Olympic City USA, and was the first to open of five venues that comprise the City for Champions tourism venture launched in 2013 with $120.5 million in state sales tax rebate money over 30 years. The others are the William J. Hybl Sports Medicine and Performance Center at UCCS, which opened last year; the yet-to-be-built Air Force Academy visitor center; Weidner Field in lower Downtown that recently opened, and Robson Arena at Colorado College, still under construction.

“The Olympic & Paralympic Museum is of the utmost importance to Colorado Springs, because it was a project component of City for Champions,” Greene said.

The museum’s CEO Chris Liedel, who had previously worked for Smithsonian Enterprises, the revenue-producing arm of the Smithsonian Institution, and National Geographic, was recently removed and local businessman Phil Lane installed as CEO indefinitely, The Gazette reported.

A museum spokesman didn’t return a call seeking comment, but Greene suggested the city would scrutinize use of ARP money by the museum or any other nonprofit that seeks funding. Those could include other “cultural arts facilities,” such as the Ent Center at UCCS, he said.

“For any organization that will submit an application for financial assistance regarding ARP funds, the city will coordinate and make sure these funds will be expended per the financial requirements,” he said. “There’s been venues that have approached the city, nonprofits, with regards to financial assistance.”

The Pikes Peak Center and the Broadmoor World Arena are not among those, however, he said.

Greene indicated that if the city allocates $3.5 million to the museum, the city would want to learn more about the museum’s marketing and promotion plan.

The museum has been tight-lipped about its visitor numbers since it opened in July 2020 amid the pandemic. It would be no surprise if its visitor counts trail predictions, especially given the virus’ undermining of the local and national tourism trade. Hotel occupancy here and across the country plunged last year.

“The Olympic & Paralympic Museum is of the utmost importance to Colorado Springs.”

When the city applied for state money in 2013 to help fund City for Champions, its application predicted the museum would draw 350,000 visitors a year, or more than 900 per day, a forecast some viewed with skepticism.

That figure was challenged by Economic & Planning Systems Inc., a consultant hired by the state to conduct an independent analysis of the city’s application on behalf of the Colorado Office of Economic Development and International Trade.

That analysis concluded that while “potentially achievable,” the forecast of 350,000 visitors annually was “aggressive, given that each comparable is located in a metro area with nearly two to over 8 times the population of Colorado Springs.”

For example, the International Spy Museum in Washington, D.C., attracts 700,000 visitors a year, but its population is 5.6 million.

EPS also noted, “The Applicant estimates that 82 percent of visitors will be from outside Colorado. EPS adjusted this figure down to 60 percent as a more reasonable, although still high target.”

To make its point, the consultant wrote in the 2013 report: “The Denver Art Museum, housed in an iconic building designed by Daniel Libeskind, drew 589,000 visitors in FY2013 with 13.9 percent from outside Colorado.... These data suggest that the Applicant’s 82 percent out of state visitor figure may be overly optimistic, given the City and State’s geographic location.”

OEDIT, however, granted the city’s request, with the museum getting the biggest chunk under the Regional Tourism Act funding tool. It was allocated 42 percent, or roughly $50 million. Museum backers raised substantial sums from private donations as well, and fundraisers originally pegged the cost at $45 million, with a $10 million or higher contingency fund. But the unusual reflective structure, which contains state-of-the-art visuals and technology, saw its cost spiral to $90 million.

When City for Champions was conceived, local officials pledged not to use general fund dollars on the venues. Although ARP money comes from the federal government, city council must appropriate the funds.

Council President Tom Strand says in an interview that he wants to do more research before deciding whether to support a museum allocation.

“They’ve had a lot of costs to open up, and they never had the attendance they needed to support that operation. They didn’t have a lot of tourism last summer,” he says.

Should the museum’s request be funded, he says, “I would want to see a quarterly update on what it was needed for, how it was used and how the museum was successful with it, so that we could kind of keep a close eye on it and make sure everything was properly used for the right purposes.”

Councilor Richard Skorman says he’s “leery of putting that much money toward a venue that has access to an endowment,” unlike many other small venues, such as comedy clubs and other small businesses. He’d favor considering helping arts venues without other means of support.

Councilor Bill Murray, who didn’t attend the June 10 meeting, says he’s opposed to providing ARP money to nonprofits because it sets up the city to pick winners and losers. He also wants access to the museum’s books. “Make no mistake,” he says, “This is taxpayer money.”

He said there’s no other source of funding for systems that have aged out and no longer perform efficiently. Issue 300, approved by voters in 2009, prevents the city from giving its enterprises money, and bond underwriters refuse to bond against greens fees, Suthers said, so that leaves no source of funds for the projects.

Suthers’ plan also proposes to spend $8 million to build a new senior center at its current location on North Hancock Avenue; $2.4 million for projects at Meadows Park, Hillside and the Westside community centers; $1.5 million to create a “family success center” in the city’s Southeast sector; $8.3 million on stormwater improvements on North Nevada Avenue; $2.5 million to rehabilitate City Auditorium; $2 million for COVID-19 emergency response, including vaccine support, and $6.5 million to fund a pay increase and bonuses for city workers, among other spending.

Council will consider the proposal in coming weeks.

County spokesman Ryan Parsell says the county’s allocation to the museum is in complete alignment with American Rescue Plan guidelines, which target industries most impacted by the COVID-19 pandemic.

“Certainly, tourism businesses have felt an outsized impact by the crisis, and the Olympic Museum is no different,” Parsell says in an email. “What makes them unique, however, is the fact they opened during the height of the pandemic.”

As for the county’s museum funding  — strings are attached: The museum must give the county’s roughly 1,500 employees a membership, entitling them to access the museum at $12 per person per visit. County employees can  also bring up to 10 guests per visit at that reduced price. Eligible guests will have unlimited access for $12 per visit throughout the year. The agreement also requires the museum to allow the county’s logo to be featured on certain promotional materials and invite county officials to events.