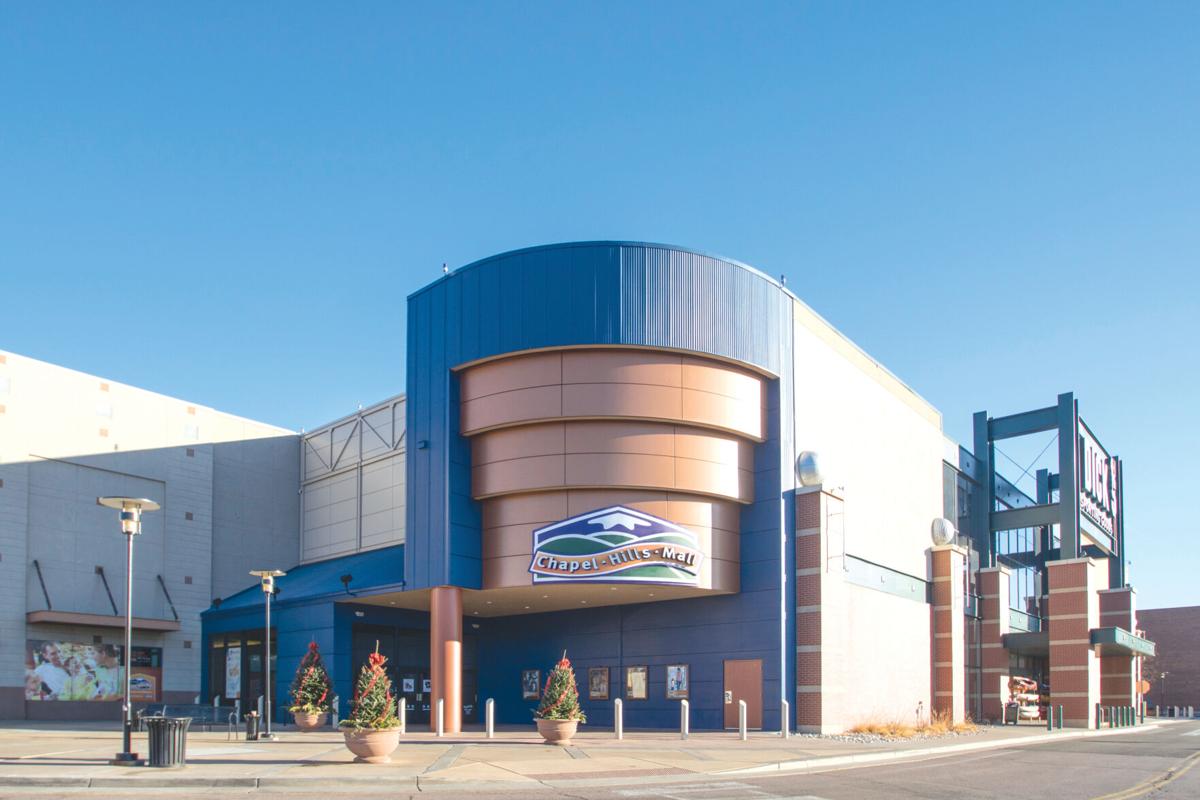 Indoor malls were taking a beating even before COVID-19 put a halt to in-person shopping. But the giant commerce centers are finding ways to breathe new life into an old concept. 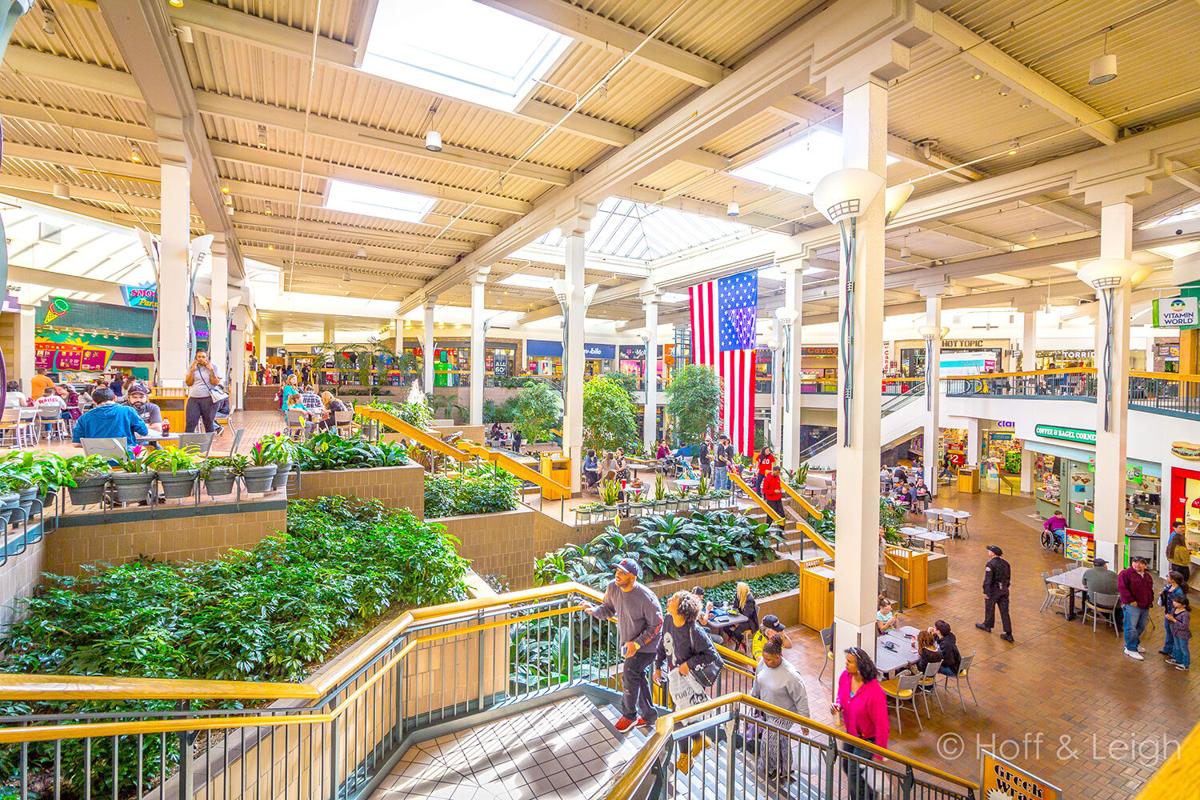 Even before the COVID-19 pandemic, retail experts were saying that the end was near for traditional indoor malls like The Citadel and Chapel Hills. Online sales were gaining popularity, anchor tenants were folding — and the pandemic was expected to deliver the death blow.

But don’t count them out just yet.

While town center concepts like First & Main on Powers Boulevard are trendier and have an open-air advantage over indoor shopping centers, malls are thinking outside the box and capitalizing on shoppers’ desires to get out of their homes again.

“People want to come to brick-and-mortar, get out, look around,” Beane said. “What I’m hearing from a lot of customers is, ‘Amazon’s great, but I want to try that sweater on — I want to make sure it fits.’”

Although some stores have been lost, Beane believes Chapel Hills is going to come back strong.

A plan to demolish the former Sears store and build a 300-unit apartment complex on the site could breathe new life into the mall, Beane thinks.

At The Citadel, several stores are undergoing renovations and expanding, and the mall’s management team is in discussions with potential new tenants.

“Foot traffic has picked up in the last few weeks,” General Manager Curt Reulecke said. “Across the board, sales are better than expected.”

“We didn’t have a dramatic downturn,” Garcia said. “We had some tenants that needed some relief, and we helped out where we could. But for the most part, it’s remained stable, and we’re still nearly fully occupied.”

Beane, who has worked at Chapel Hills for 15 years in security and management, said the days between March 27 and June 20, 2020, were the darkest of his career.

“I went in every day, and it was just incredible to see that mall with nobody in it,” he said. “I was a little frightened, but I knew I wasn’t going to let it fail.”

Over the course of the past year, the mall lost 10 tenants but gained back five new stores. Three more leases are in the works, Beane said.

As stores reopened during the summer, “it was a slow start,” he said, and it was a different mall, with social distancing decals on the floors and escalators, and food court tables and chairs removed.

“There was no sitting on Santa’s knee this year,” Beane said. “You took pictures in front on a stool and then waved at Santa.”

Beane’s spirits lifted as thousands of customers came to the mall to do their holiday shopping.

Now he’s excited about the mall’s prospects as the apartment deal nears finalization.

Arizona-based Evergreen Devco contracted to buy the Sears building and its 12.6-acre site from Northwood Investors and plans to build a 300-unit apartment complex composed of several two- and three-story buildings along with amenities including a clubhouse, fitness center and outdoor pool.

“There may be some signatures that still have to be acquired,” Beane said, “but they’re saying that if everything goes right, they should start bringing down that building in mid-May.”

The project means that 500 or more people will be living within walking distance of the mall. Beane expects they will want to shop, eat and attend events at Chapel Hills.

In the meantime, Beane said he is looking to add restaurants and other tenants and strengthen the food court. Starting in May, the mall will host events again.

In previous years, the mall sought to bring in customers by converting the former Gordmans on the upper level and JCPenney’s vacated space on the lower level into event venues.

Events like ComicCon, home and garden shows and job fairs filled the upper-level space with thousands of patrons, and the lower-level space hosted smaller events like weddings and company holiday parties.

Beane plans to continue to use the event spaces for smaller events but said, “I’m hoping by next year to have the Gordmans space leased out, because when word of this apartment complex goes out, I’ll get those things leased pretty darn quick.

“People are going to want to come in there because, with an apartment complex next door, how can they go wrong?” he said.

The mall’s kiosks were reinstalled about three weeks ago — they were removed during the pandemic to prevent people from congregating around them, he said. Five have been leased, and existing tenants are using some of the others to point customers toward their stores.

“We’ve had to change with the times.” — Curt Reulecke

Beane said he is trying to encourage people who want to start their own businesses by leasing kiosks for six months.

“After six months, if they like it, then we go from there,” he said.

Both Chapel Hills and The Citadel are owned and managed by New York-based Mason Asset Management and Namdar Realty Group. The two malls share resources and collaborate, which has been helpful as the malls negotiated the pandemic.

“We decided we were going to work together,” Beane said. “If we change our hours of operation, they change theirs.”

Some of the stores at The Citadel conducted limited curbside business while the mall was closed early in the pandemic, while others shut down. However, Reulecke said, “we were very fortunate. Directly related to the pandemic, we only lost two tenants.”

One of the most visible changes during the pandemic was at the food court.

“Our food court had to operate like a restaurant,” he said, “with a hostess seating people — completely out of the norm for a food court in a mall.”

Now, several of the mall’s stores are undergoing renovations, and leasing activity is picking up.

Shoe Encore is increasing its footprint by expanding its sales floor into a storage area, and Underground by Journeys, which sells fast fashion for teens, recently remodeled to enhance the look of the store, Reulecke said.

Several tenants are talking about opening second businesses within the mall, including a new long-term lease for Villa Pizza. The Racks, a thrift store, will be moving to a larger box to keep pace with traffic and sales volume.

The former Toys R Us site on the mall grounds has been sold and will be redeveloped as a storage facility.

“We’ve got quite a bit of activity going on,” Reulecke said, and traffic and sales are on the upswing.

“Some of our tenants are noting to us that their sales are exceeding what they expected for the first quarter of 2021,” he said.

The mall is signing leases with new types of businesses like Balloon Pops, a balloon bouquet business.

“That’s not something that’s been in the mall before,” Reulecke said. “This young lady is in another mall in another part of Colorado, and she finds that her business does well in a mall. That will potentially create foot traffic that wouldn’t normally come to the mall.”

“We’ve had to change with the times,” Reulecke said. “As long as we can remain optimistic, open-minded and perhaps be able to be somewhat flexible on terms with a new entrepreneur wanting to try their product, I believe there’s a lot of life left in The Citadel mall.”

First & Main is owned and managed by Norwood Development Group. It draws customers from 315 units at the Encore at First & Main apartments within walking distance, and many more rooftops nearby, to a wide variety of shops, restaurants and service businesses.

“We have seen strong sales in spite of COVID, given that we’re more walkable, more outdoors,” Garcia said. “My belief is that that may have benefited our tenants.”

Some of the tenants took advantage of the center’s vast parking lots during the height of the pandemic.

“We’ve had some tenants that were able to use the parking lot as kind of their waiting room,” Garcia said.

Several eyeglass stores and electronics vendors scheduled appointments in order to limit the number of customers inside their spaces.

“Given that we’re kind of a drive-up-to-your-location type of retail center, it worked out fine,” Garcia said.

Other tenants, such as clinical operations, reduced waiting time by having clients fill out paperwork online in advance of their appointments.

“The vast majority of our tenants were able to make it through COVID,” Garcia said, “and we do have a lot of activity of new tenants.”

Only one lot at First & Main has not been built out, he said. While there are no immediate plans, “we would do a build-to-suit for a particular tenant.”

Entertainment is a big draw at all shopping centers, and First & Main will be resuming its popular outdoor concert series and scheduling events again this summer, Garcia said.

“We’re really just looking for things to get back to being more normal,” he said. “We’re hopeful by the fall that things will be much more normal, and we’re going to be everything we can to encourage that activity as it comes along.”