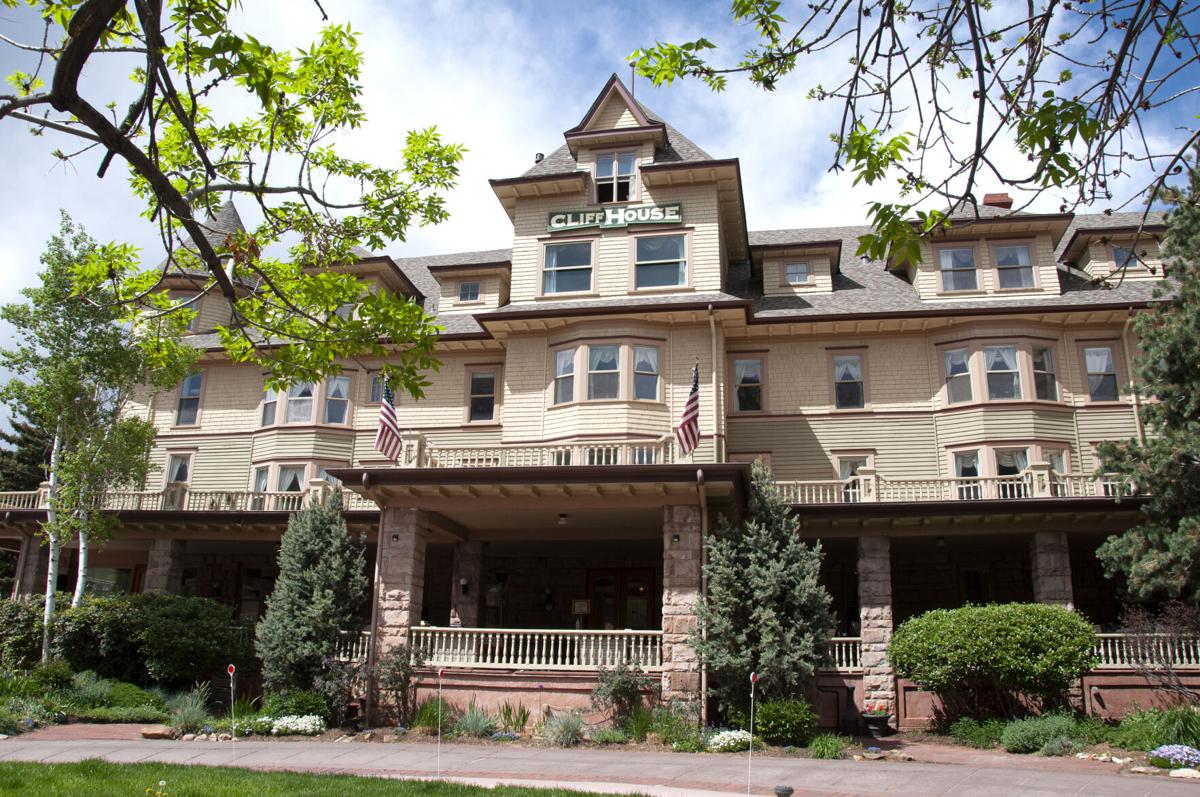 Manitou Springs and the Westside rely heavily on tourism, and while many out-of-towners are beginning to return, lodging is coming up short when it comes to hiring. 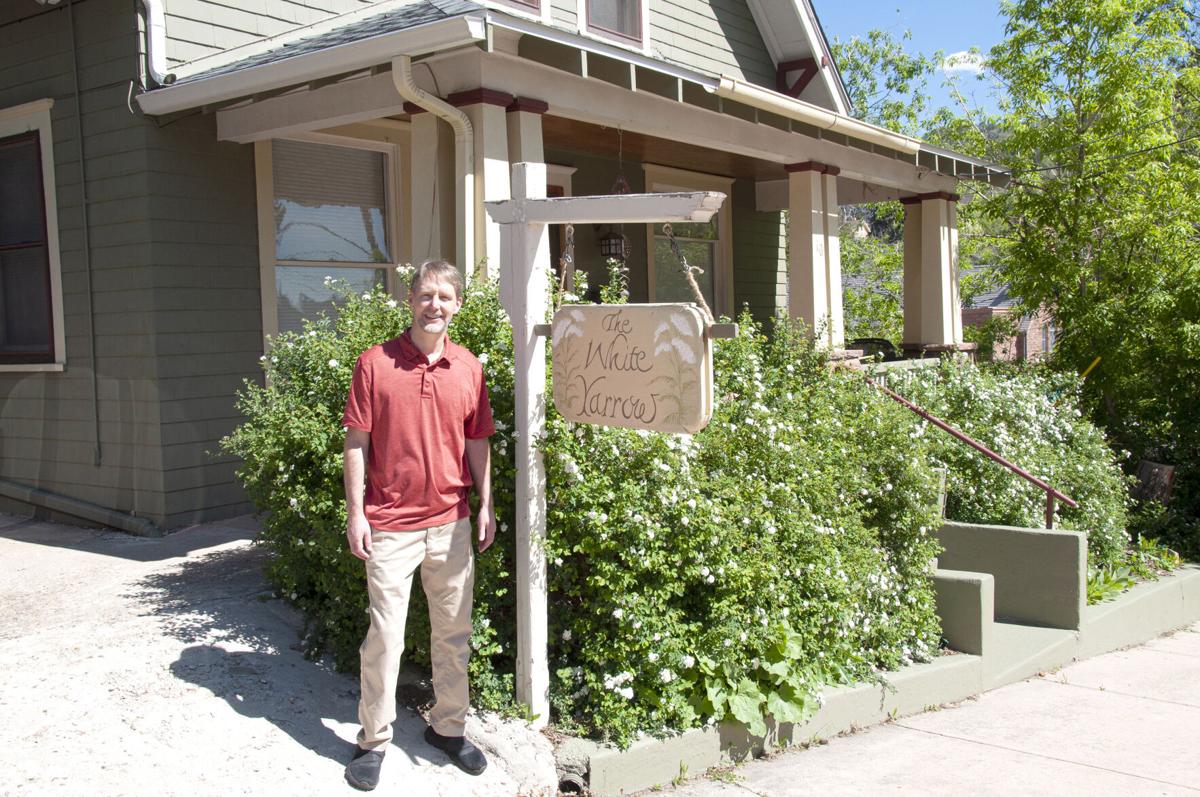 Christopher Dwyer owns eight vacation rentals in Manitou Springs and Colorado Springs that have done well during the pandemic, but other types of lodging properties didn’t fare so well. 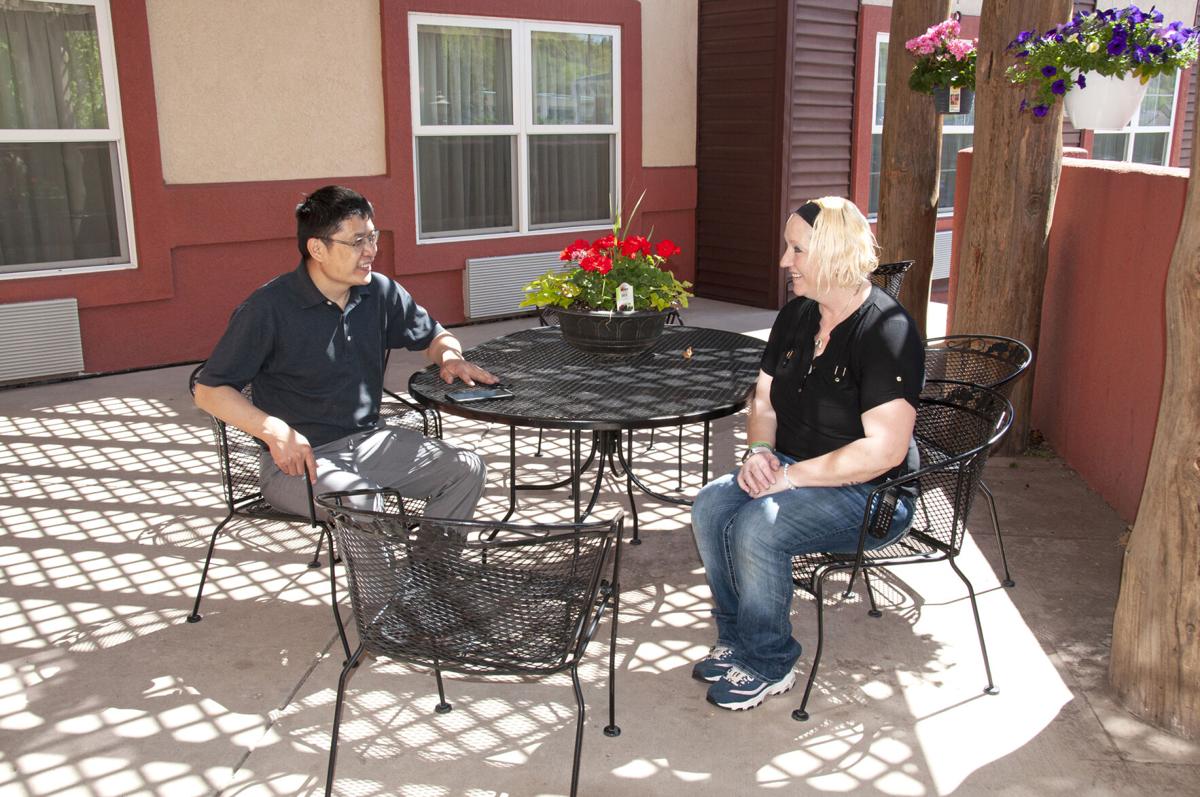 Owners of lodging properties in Manitou Springs think the scene is set for a prosperous tourist season — if they can find the help they need.

With the reopening of the Broadmoor Manitou and Pikes Peak Railway, the debut of the new Pikes Peak Summit House later this month and nearby attractions like the U.S. Olympic & Paralympic Museum and Hall of Fame, “we’re definitely optimistic about this season,” said Leslie Lewis, director of the Manitou Springs Chamber of Commerce & Visitors Bureau.

“I fully anticipate that we will see higher traffic than we’ve seen in the last couple of years,” Lewis said.

The chamber is targeting tourists from other states with a digital ad campaign, touting Manitou’s quirky charm, mineral springs and free shuttle service, and the proximity of outdoor recreation opportunities and area attractions.

One big change Lewis noted was that vacation rentals, or Airbnbs, have supplanted the bed-and-breakfast inns Manitou used to have.

When she first joined the chamber a couple of decades ago, “there were 20 bed-and-breakfasts in Manitou — more than any other place in the state” for a town its size, Lewis said. “With COVID going on, that niche market has kind of gone away. There are very few left.”

Vacation rentals differ from bed-and-breakfast inns — they’re usually rented in their entirety by a family or group of guests, rather than room by room, and they don’t offer the lavish breakfasts served at the inns.

Airbnbs boomed during the pandemic.

She’s hearing from many people in the lodging sector that business picked up in the spring and that April and May were very good months compared with those that came before.

But local motel owners are having trouble finding and retaining guest services staff, and they’re worried about whether they can meet the expected demand during the high season that started Memorial Day.

The closure of the cog railway in October 2017 for an extensive overhaul had a big impact on the Manitou hospitality market, said Mike Yan, who has owned the Manitou Days Inn for the past five years.

Revenue in April was within about 5 percent of that in 2019, and Yan said he expects sales in June and July to be about 5-10 percent better than the same time last year.

The Days Inn has just started serving a full breakfast buffet — “a big feature for us,” he said.

Yan replaced all of the carpet at the motel in February 2020 but didn’t spend much more money on improvements that year.

“We were worried that we will be out of business,” he said.

One of the biggest issues was staff shortage.

“Everything’s getting more and more expensive.”

“In the past, I had a full-time job as an engineer, so I just came over on the weekends,” he said. “But last year literally I cleaned rooms myself. I had to work myself because I had no staff and nobody wanted to work. This year it’s still a big, big issue.”

“There’s multiple issues,” he said, citing the fact that Colorado’s minimum wage increased from about $8 to more than $12 an hour in the past four years.

“Now, nationwide, everyone’s saying ‘Oh, $15,’” he said. “That, we really cannot afford. … Some of the thoughts we have, I think this is typical for all small-business owners.”

The Villa Motel is prepared for visitors but might have to curtail occupancy because of the labor shortage, said Stacie Vance, who owns the motel with her husband Dave Vance.

“In years past, we were able to put an Indeed ad out and I get 50 applications,” she said. Now, “I get maybe three responses.”

Housekeeping needs about nine people a day to prepare the Villa’s 47 rooms, but has been able to retain an average of about four, Vance said. Housekeepers who have gotten hired sometimes show up for work one or two days and then file for unemployment, she said.

“We have taken 10 of our rooms off Expedia and Booking.com, meaning they’re available only on our website,” she said. “We need to curtail the rooms that are available online to the public because it’s just hit or miss whether we’re going to have the labor that day.”

Vance said she thinks businesses like hers will continue to face the labor shortage until September when the additional unemployment benefits expire.

“Then in October, when the Colorado season is winding down, we don’t need as many housekeepers, and we start laying people off,” she said. By that time, “people are going to be looking for jobs in droves.”

Vance said she could beat 2019’s numbers this summer if she can find the staff she needs.

“The reason we’re going to get through this is because we have an amazing core group of people who’ve been with us a long time,” Vance said. “We had very little traffic, [but] we kept them on payroll.”

The motel’s rooms underwent a major remodel in 2018-19, but the Vances paused other improvement plans.

“We reserved every financial resource for our staff,” she said.

The full effects of the labor shortage won’t be known until the end of the year, but Vance thinks room nights that could have been sold will go unoccupied.

“Our restaurant friends and our lodging people that we know, they’re really concerned about what’s going to happen financially and economically — with the potential inflation and recession, what the next three years is going to look like,” she said.

“They’re freaked out, because everything’s getting more and more expensive,” she said. A pair of latex gloves used to be 12 cents, and now they’re 33 cents a pair.”

Martin Lays, general manager of The Cliff House at Pikes Peak, is optimistic that this summer’s revenue will top 2019’s.

“Right now, with ease, we are filling up on weekends,” he said. “Weekdays, we’re still working our way up — but we’re still over 50 percent occupancy.”

The Cliff House shut down in March and April 2020 and used the time to do detail work on the rooms, widen the driveway and reroof the property.

“Our primary goal was to get things snappy so we could reopen, which we did on June 1,” Lays said.

Bookings are coming in strong for this summer, he said, but he has noticed that people are waiting longer to make reservations than in the past.

The hotel’s restaurant is open, and guests can use the veranda for casual dining, but the Red Mountain Bar & Grill has remained closed.

“We’re trying to get it to where we can open it from lunch through dinner,” Lays said. “The difficulty is finding the staff. That’s been one of our biggest challenges ever since we reopened.”

Lays said that for every three hires, only one person ends up sticking around. Rising wages and food costs “add to the pressure of a small business employer.”

Lays said he thinks of the Cliff House as a small business, although it is owned by Galveston, Texas-based Gal-Tex Hotel Corp. and managed by the corporation’s 1859 Historic Hotels management company.

The company bought the Wheeler House property west of the Cliff House 12 years ago with plans to add 79 rooms and a parking structure, a conference center, swimming pool and other amenities.

Those plans “came to a sudden halt during the Great Recession,” Lays said. “There has been no recurrence of bringing that back at this point.”

The Cliff House has been making use of the Wheeler House to provide affordable housing for longtime employees.

Christopher Dwyer owns The White Yarrow, a vacation rental in Manitou Springs, as well as the Onaledge Historic Lodge and other properties in Colorado Springs.

After a two-month shutdown in March and April 2020, Dwyer’s properties experienced a surge in bookings through the fall and winter.

“We had 80-90 percent occupancy throughout the off-season, which is unheard of,” he said. Bookings continued at a lively pace and were higher than normal in March, April and May of this year.

Where properties lacked bookings, “we backfilled with mid-term rentals — anything over 29 days, mostly local,” he said. “But the overall arch of business has been a huge upswell.”

Dwyer said he thinks that is because of pent-up travel demand and because travelers wanted the safety of their own space.

“The demand before COVID was already going up every year,” he said.

Dwyer, who now owns eight properties, said overall revenue was higher in 2020 than in 2019. He expects to add two more by the end of the year and anticipates revenue will be at least on par with 2020 and perhaps 10 percent above last year.

Some vacation rental owners left the market, but Dwyer was able to add two units to his holdings this spring. He also manages vacation rental properties for other owners.

Dwyer said he was able to invest in improvements in the main house, where he and his wife also live, including remodeling the kitchen, and at the Historic Onaledge, which is hosted by the Smokebrush Foundation.

“They had been doing retreats,” Dwyer said, “but COVID wrecked that business model.”

Operating on the theory that people would be more likely to book the lodge for their entire families rather than staying with strangers, Dwyer’s company redecorated and remodeled all three floors of the building, which sleeps 18.

Dwyer said he is looking forward to continuing the organic expansion of his network.

“That means, as owners approach us or as we decide to do work on our own campus, we’ll roll with it and be proactive about remodeling and opening new spaces,” he said.

“Let’s say it’s 10 by the end of the year,” he said. “We have to focus on enhancing the quality of the experience in our network.”

Dwyer said he does not view vacation rentals as antagonistic to hotels.

“We refer people to hotels all the time and even pay for them to stay there when needed,” he said. “We see it as we’re in a whole local economic ecosystem. When we’re investing in ourselves and hiring local labor and referring people to local businesses, we’re not only building our business, but we’re building a more vibrant, local economy.”