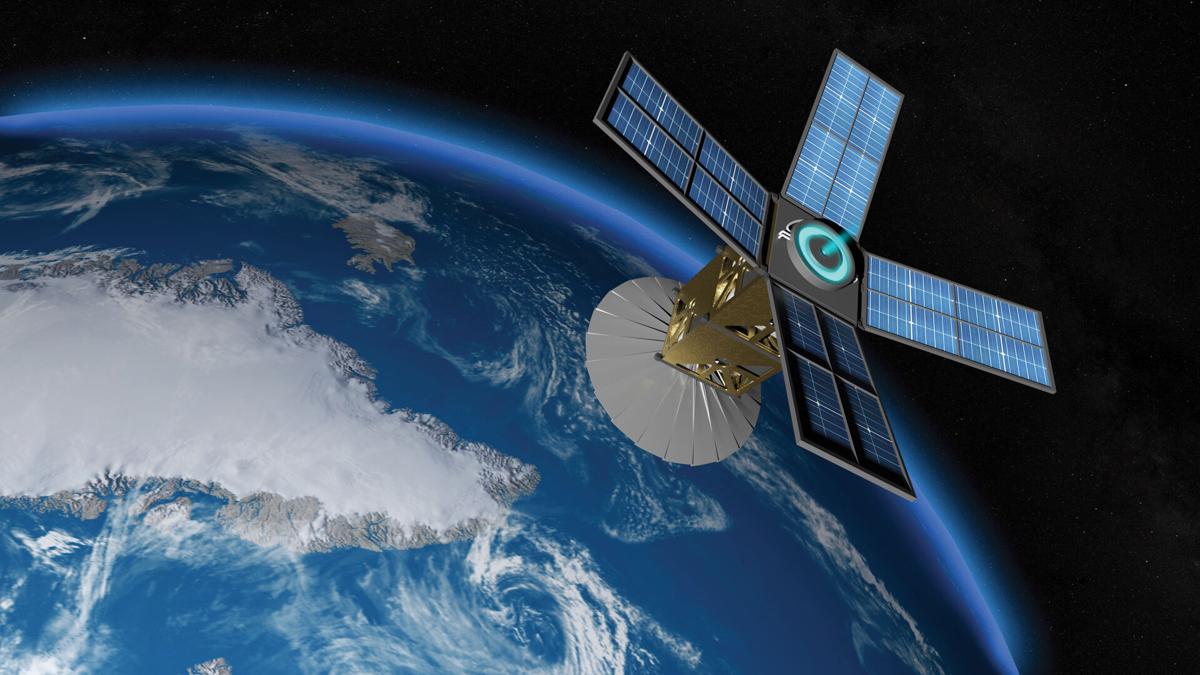 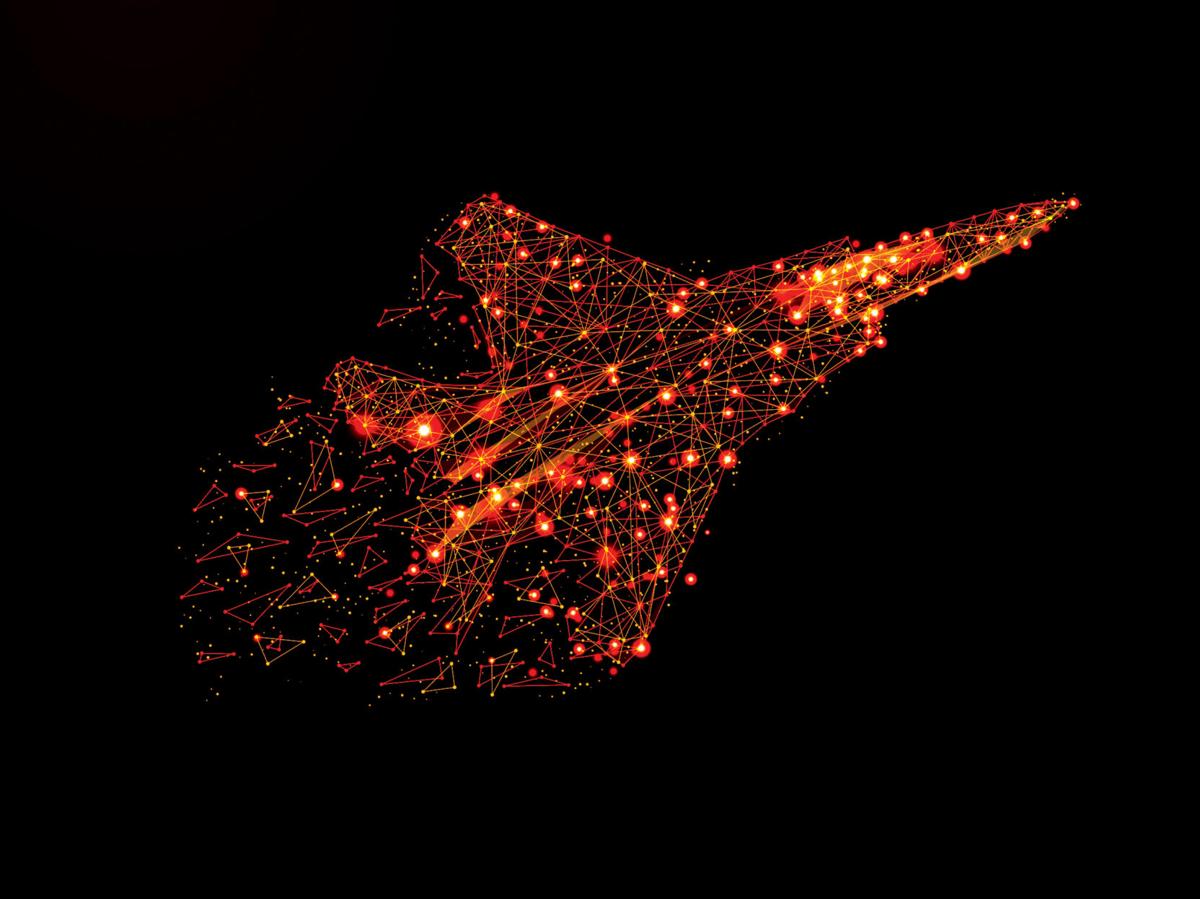 Space Command is slated to move from Colorado Springs to Huntsville, Alabama, and efforts are underway to overturn the Trump administration’s last-minute decision to relocate the command.

But if the decision stands, Colorado Springs’ aerospace sector will continue to grow, local leaders say.

“My view is that it’s not so much losing things that are not here, but not growing as much as we might in the future if Space Command was here,” Mayor John Suthers said. “We have a significant aerospace presence here, and I think the aerospace industry in Colorado Springs is bright.”

According to the official U.S. Air Force website, Space Command was activated Sept. 1, 1982, to provide military-focused space capabilities for the Air Force, Joint Force and the nation.

Space Command was headquartered at Peterson Air Force Base from 1985 until 2002, when it was dissolved; it was reactivated in August 2019 as a central command for U.S. military space operations. Its role includes enabling satellite-based navigation and troop communication and providing warning of missile launches.

It is distinct from the Space Force, the new military service launched in December 2019.

Peterson Air Force Base has hosted SPACECOM since it was re-established.

The move to Huntsville was announced Jan. 13 in the waning days of the previous administration by Air Force Secretary Barbara Barrett, a Trump appointee.

After objections from Colorado officials — and a change in administrations — the Department of Defense Inspector General announced in February that the decision was under review. The decision won’t become final until completion of an environmental impact analysis that will take until spring 2023.

Space Command is projected to have a full complement of 1,400 employees and would draw multipliers in the aerospace industry, said Bob Cope, Colorado Springs economic development manager.

“That would have resulted in about 5,000 total jobs, and would result in about a $1 billion impact to our local economy,” Cope said. “Right now, we don’t have the full 1,400 here, so our loss will not be that large.”

Colorado Springs is home to more than 250 aerospace and defense companies that serve both the Department of Defense and commercial clients, said Reggie Ash, chief defense development officer at the Colorado Springs Chamber & EDC.

“I call it a unique ecosystem, because it includes both international and locally grown companies, leaders in creating innovative military space technologies and state-of-the-art development centers,” Ash said.

The Catalyst Campus has been instrumental in bringing in leading-edge companies from all over the world and connecting them with Space Force, the Air Force and Space Command and their subordinate units, he said.

Other strong points in the local aerospace industry:

• The Aerospace Corporation broke ground Sept. 23 on a $100 million, state-of-the-art research and development facility adjacent to its existing building in Peak Innovation Park. The company already employs 240; the new, 90,000-square-foot facility will be completed in 2022 and house an additional 200 technical employees.

• A new $148 million Combined Space Operations Facility will be built at Schriever Air Force Base to accommodate growing demand for classified space work. The project is slated for completion in 2022.

• The U.S. Air Force Academy offers the No. 3 undergraduate program in aerospace engineering.

About 40 percent of the Pikes Peak region’s economy is focused on defense and veterans, but it’s difficult to estimate the size of the aerospace sector, Ash said. In part, that is because many companies work in multiple areas that include aerospace and other defense-related services.

“If the headquarters does move, certainly, the loss of those jobs is not something that we would choose to happen, but we still have in Colorado Springs the preponderance of national security space assets,” he said. “We have the National Space Defense Center, we have the operational component of Army Space and Missile Defense Command, we have seven of nine of the Space Force’s Deltas here. … That’s a significant national security space mission, even without Space Command.”

Employment within the sector has been very resilient, said Rich Cooper, vice president of strategic communications and outreach with the Space Foundation.

“Financially, economically and investment-wise, there is growth and there is opportunity,” Cooper said, especially in the private sector.

He sees a lot of interest, especially among young people, in the activities of SpaceX, Virgin Galactic and Blue Origin, and he points out that space-derived technologies — such as the temperature guns that have become popular to take temperatures during the pandemic — have become part of our daily lives and offer many areas for development.

“Those SpaceX launches were must-see TV on my daughter’s college campus,” Cooper said. “Part of that was, when they looked at the flight control room, these are people that looked like them. They’re putting their young, dynamic and diverse team on full display.”

Cooper points out that the aerospace industry is a global ecosystem.

“There are 85 countries operating with an active presence in space,” he said, “and those 85 countries are complemented by thousands of companies that employ millions of people. And Colorado Springs is still absolutely primed to be the center of gravity for that.”

Colorado Springs-based companies like Bluestaq are well positioned to continue their work in both public and private arenas.

Under the extension, Bluestaq will continue the development and data integration of the Unified Data Library for the Space Force Space and Missile Systems Center Data Program Management Office.

“What we do on this contract is provide the Space Force and a growing number of other government organizations with a data management platform to … get control of their data,” Bluestaq CEO Seth Harvey said. The platform enables organizations to use data for analytical purposes and share securely with their mission partners.

While the majority of Bluestaq’s services are provided to government clients, Harvey said there are massive opportunities for companies like his and the industry as a whole to work with private companies.

As the cost of space technology has decreased, the barrier to entry for commercial entities to operate in space has dropped, and more venture capitalists are investing in those companies.

“That’s why you’re seeing such an incredible push now from commercial companies,” Harvey said. “And so the entire space industry is accelerating by leaps and bounds. … It’s the wild, wild West; it’s the last frontier.”

Losing SPACECOM’s headquarters would be a blow — “personally, it was a gut punch when I saw that decision,” Harvey said.

But he points out that Colorado Springs has spent decades building a skilled workforce and aerospace expertise “that is unrivaled. As long as we have that workforce, there will always be opportunity in space.”

Keeping Colorado Springs’ reputation as a haven for a talented aerospace workforce needs to start in schools, Harvey said.

“Our school systems here in Colorado are fantastic,” he said. “But when you look at the demand for this industry, we need more of it, and we need more diversification in our workforce.”

While he recognizes that schools are making efforts to offer curriculum that prepares students for careers in science and technology, Harvey thinks more can be done.

The aerospace industry in Colorado, 2020

“We can grow it organically by introducing kids in elementary school and middle school to the space domain and core engineering concepts like software engineering and writing code as a core competency, to introduce them to the excitement of this domain and the really neat opportunities to work on challenging, innovative problems in this domain,” he said.

“It would be so cool if our community was held up as the leading example as far as pushing the envelope in these areas.”

Harvey recognizes that one challenge is teacher salaries that are far lower than those in the tech industries. The industry could help with that by partnering with schools, he said.

“Maybe we can find ways for industry to partner with those schools, where we could take an engineer who would normally be writing software for a company and, one or two days a week, place them in a school to teach a class at a high school or middle school,” he said. “And those kids can now learn from somebody who has real-world experience.”

Suthers points to independent investigations by the Department of Defense Inspector General and the Office of Management and Budget, which are conducting audits of the process by which the decision to move SPACECOM was made.

“We believe this was a very flawed process, that there was political involvement,” Suthers said. “I had the opportunity to be debriefed by a group of Air Force people who were involved in the process. Their analysis of costs going forward — I mean, I was just not the least bit impressed with the data, and hopefully, the independent investigations will not be also.”

He and other leaders argue that keeping SPACECOM here “is what’s best for the Space Force and national security,” Suthers said. “There’s no reason to cause disruption to the mission.”

Suthers said he met with Sens. Michael Bennet and John Hickenlooper during the past week.

“A lot of attention has turned to Congress,” Suthers said. “There was a bipartisan letter from several senators that went to the Biden administration last week … asking that this be overturned.

“We want to continue to attract as much military presence as we can,” he said. “We’re hellbent on trying to keep Space Command. I’m not giving up until the moving trucks pull up.”