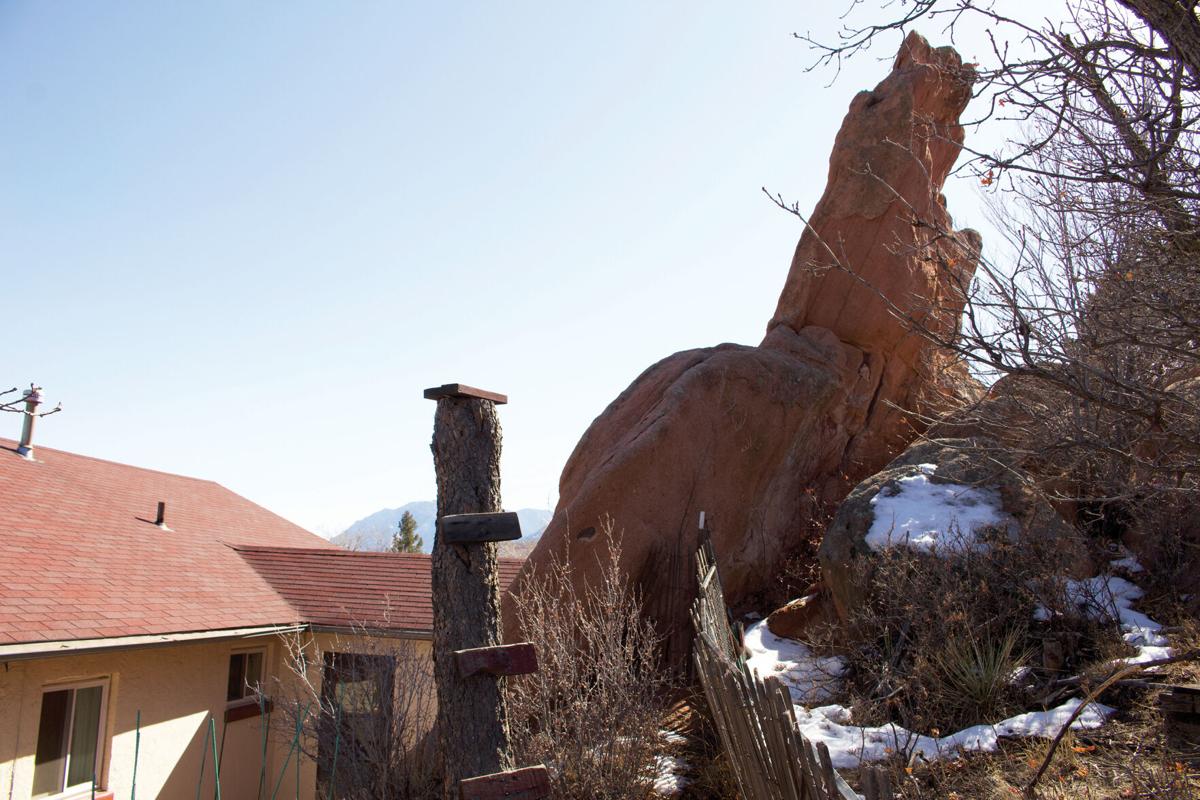 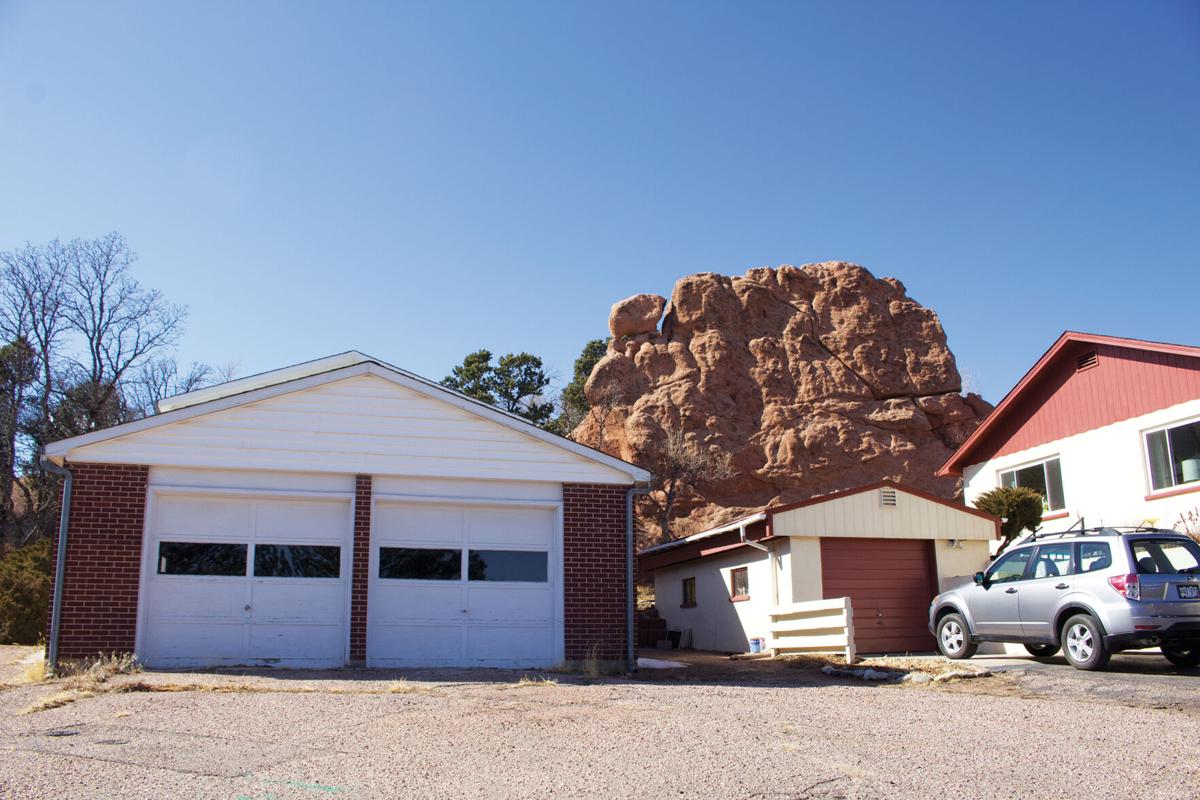 With record home prices and a demand for new homes that is outpacing the available supply, the Colorado Springs housing market is proving to be something of a double-edged sword for some developers.

While new developments are expanding in northern Colorado Springs due to the efforts of Cordera and Wolf Ranch, and Southeast Colorado Springs is enjoying renewed interest from developers and the Urban Renewal Authority, Westside developments often face intense opposition from existing neighbors and residents, who live in some of the Springs’ oldest neighborhoods and resist attempts at the kind of urban infill projects promoted by PlanCOS, the city’s master planning document.

Jacilyn Evans is confronting the unwelcome possibility of new development on her doorstep.

“A couple weeks ago a sign was posted on Wheeler [Avenue] saying there was a proposal for 170 attached single-family homes for the field,” said Evans, whose property abuts a 19.66 acre lot on the Westside. “This field is at the bottom of the hill at 26th Street. 26th Street actually lines the top of it where it goes and turns into Lower Gold Camp [Road]. You’d think, for the most part, a good chunk of it you wouldn’t be able to build on. It would cost way more money to try to get level ground than what you would make or what you could sell on it. We were really surprised about the number of homes they were hoping to put in there. It’s not flat terrain by any means.”

The field, which Evans said is home to deer, bobcat and horned owl, is a prime location for potential development, with close proximity to the Section 16 trail and Red Rock Canyon Open Space.

“I wish the city would just pick it up and turn it into walking trails or something,” she said. “It has the potential to be something so much cooler than townhomes, especially in a city where we’re taking every single square foot of open space and filling it.”

The property is listed on Coldwell Banker’s website for $3.5 million with a “sale pending” tag. The potential developer hasn’t even submitted a formal application, but did hold a pre-application neighborhood meeting to discuss the project with residents.

“Right away we started printing off flyers and trying to rally the neighbors,” said Evans, who also has concerns about the impact on traffic in the area. “This development will only have an exit and entrance on Wheeler [Avenue], and that’s potentially 300 more vehicles using this very narrow road. We’ve asked for a traffic study.”

It can be difficult for developers to find land, much less nearly 20 acres, on the Westside.

Nicklasson also notes that in addition to a competitive real estate market, an increase in construction costs is driving higher-density projects.

“We’re not talking a 50 percent increase,” she said. “We’re talking a four or five times increase in the price of lumber. We’re fighting that cost and it’s going up. You can build denser — meaning you can get two houses on the same size of one lot — or units are becoming smaller. Land is a finite source, there’s only so much of it, so density has to increase. That’s the name of the game. It’s really competitive to find land to be able to build, yet we still have all of these people coming.”

About 2 miles north of the potential Wheeler Avenue development, Theresa Brands has serious concerns about a developer’s plan to replat and build on a neighboring property on Yale Avenue. Located on Red Rock Avenue, Brands’ property features a large red sandstone fin just feet from her house. She fears it would be damaged by potential demolition and construction.

“Red Rock Avenue is basically named for this rock,” she said. “[Neighbors will] look at it and they’ll go, ‘Aren’t you afraid that’s going to fall on your house?’”

Brands’ husband has lived in the Red Rock Avenue house, built in 1955, since 1977. In the 1980s their Yale Avenue neighbor built an extension on the detached two-car garage built in 1961 — without a permit, according to Brands — alongside their property. That garage sits next to Brands’ house. The new owner, Dan Robertson of S & R Construction, wants to split the Yale Avenue lot into two separate plats, demolish the garage and build a second house on the lot.

While construction will be outside the 10-foot zone and the rock will be preserved, Brands is concerned the vibrations from construction could still harm the rock.

“Vibrations are going to exacerbate existing fault lines and all these different things that are in this rock,” she said. “You’re going to damage this rock, and we’re going to be the ones who pay the price if it lands on our house. We’re not covered. We checked with our homeowner’s [insurance].”

Brands has lobbied the Planning Department and the Colorado Geologic Survey, but she fears they haven’t been thorough enough.

“The project on Yale Street was reviewed per City Code Criteria and because this property is located in the hillside overlay area, per City requirement, a geologic hazard study was required,” said Kim Melchor, lead communications specialist for the city of Colorado Springs. “The study was approved by the Colorado Geologic Survey (CGS) on January 26, 2021, and found to meet City code criteria for approval of a geologic hazard report by City Engineering on February 9, 2021 (code section 7. 4.501 contains the approval criteria for a geohazard study).”

Melchor also provided an additional statement from CGS: “It is important to note that there will always be some risk, even if presently remote, of rockfall from this outcrop. It is the same risk as other nearby areas with exposed and upturned Fountain Formation sandstone bedrock. However, based on our observations of the outcrop, we concur that there is not an ‘imminent rockfall hazard’ posed by the sandstone ‘fin.’ We would advise the property owner to make studied observations of the outcrop from time to time, looking for new cracks or bulging in the outcrop, especially after heavy rain, and freeze-thaw cycles. Such indications of instability, should they occur, can be corrected, and mitigated if noted in time.”

Brands remains unsatisfied with the efforts of the city and CGS.

“They are calling it a preservation area,” she said, “and construction cannot encroach within 10 feet of the rock.”

Brands isn’t the only one with reservations about the city’s approval process for new developments.

“In the time that we’ve lived here we’ve seen them approve so many projects,” said Evans. “They get their money and then they never check anything.”

Evans recalled how, in May 2015, after two days of rain, an improperly built retaining wall in the neighborhood northeast of Lower Gold Camp Road and South 26th Street collapsed, forcing residents to evacuate.

“Because of the rains, it made the whole wall collapse down on the houses below,” she said. “People had to evacuate because they weren’t sure if more was going to come down. We recently had another guy building a warehouse up the street, and he just has a drainpipe coming out onto Wheeler [Avenue]. That’s his drainage plan, and I know that’s not OK with the city, but nobody’s going to do anything. They just approve the plans and get their money.”

Peter Wysocki, director of the Planning and Community Development Department for the city of Colorado Springs, notes that such disputes between residents and developers are not uncommon.

“This is really an issue that is not unique to the city of Colorado Springs, but it is something the city of Colorado Springs needs to identify as a priority and as a very important aspect of the resiliency, sustainability, and vitality of our city and of our neighborhoods,” he said when interviewed about the proposed 2424 Garden of Gods Road rezoning, which faces widespread opposition from residents and will go before the planning commission March 18.

“It is a very tough topic. We appreciate all the citizen input that goes into these redevelopment projects, but redevelopment is very important. If older sites that are 20, 25, 30 years old or older remain vacant or underutilized, those neighborhoods, those communities within our city lose vitality, lose vibrancy.

“There is then less investment in those areas of the city to make those areas more livable, more vibrant."

Editor's note: An earlier version of this story claimed the garage next to Brands' home was illegally built in the 1980s. The garage was legally built in 1961 but an extension added in 1981 was not. We apologize for the error.