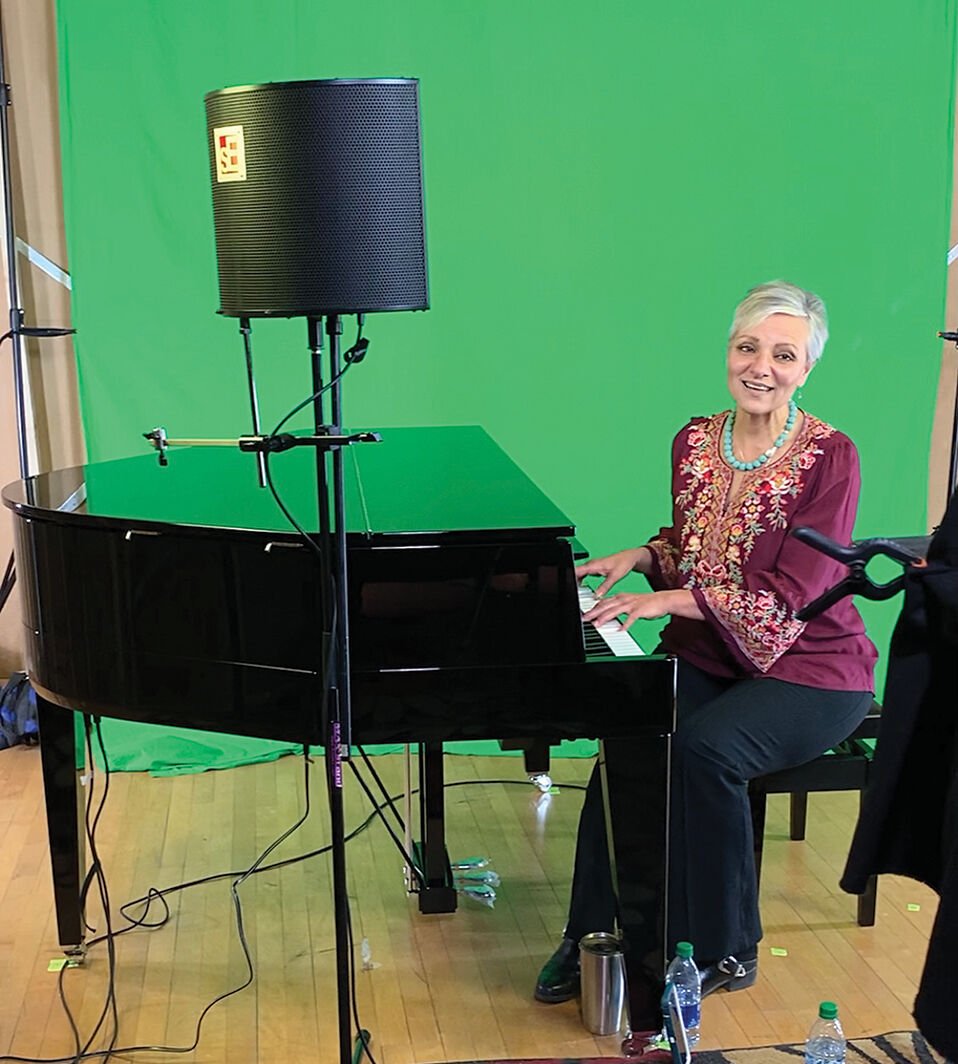 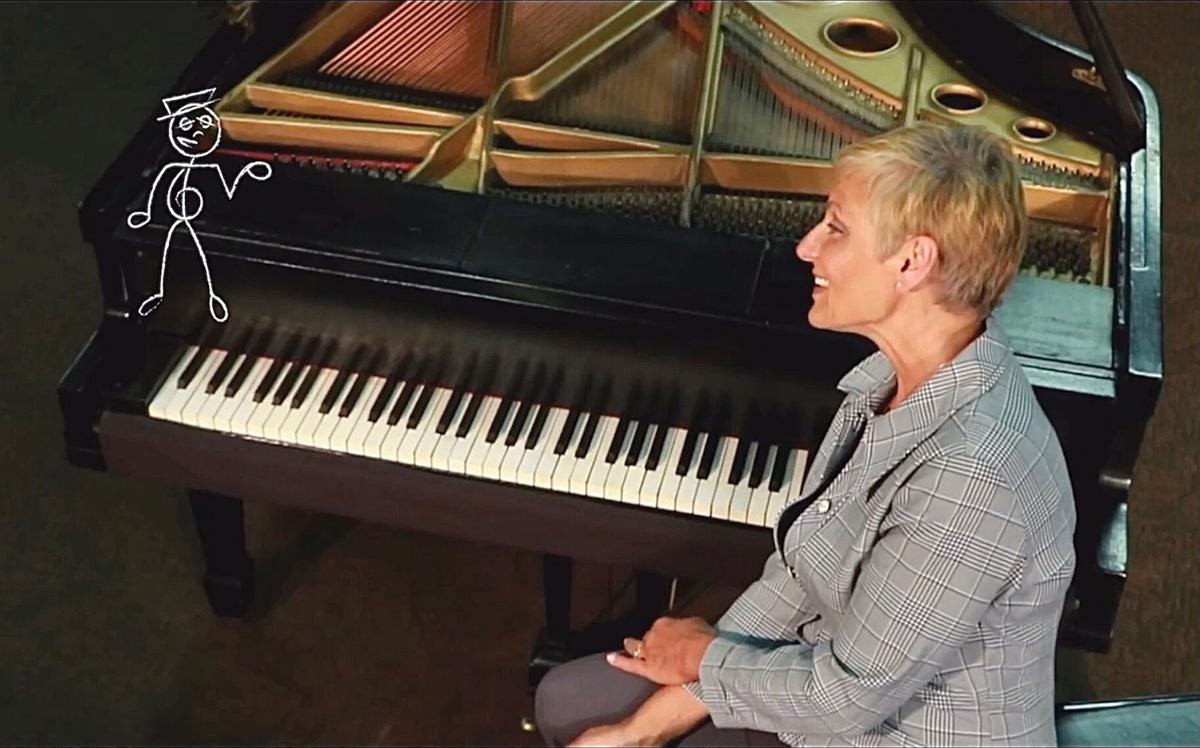 Simple Gift Series is being shopped to PBS stations outside Colorado. 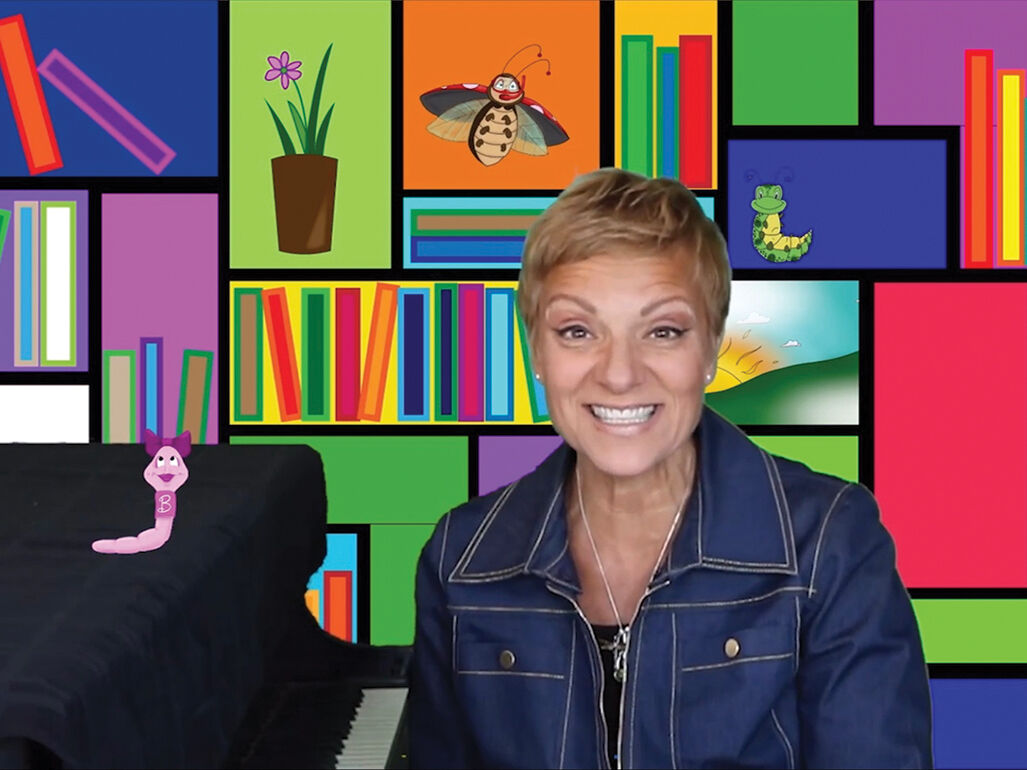 Like Rogers, Weise is the creator, showrunner, writer, composer and host of the show, an educational program for young children.

The show premiered in August 2020 with a 13-episode first season. Its second season is being edited, and a third season is in development.

The show is attracting interest from PBS stations nationwide for its groundbreaking approach to music and literacy education, and has already been picked up by Michigan PBS’ new learning channel.

It also has garnered support from numerous local organizations including major sponsorship from Visit COS and the Colorado Springs Airport, since it showcases Colorado Springs landmarks like the Cheyenne Mountain Zoo, The Broadmoor and the U.S. Olympic & Paralympic Museum.

“Simple Gift Series is a first-rate children’s educational program, and it’s also a great advertisement for Colorado Springs with all the wonderful places they visit in the Curiosity Corner,” Visit COS President and CEO Doug Price said in an email statement.

Weise learned this week that the Colorado Office of Economic Development and International Trade has signed on to support a third season.

“That’s how incredibly, weirdly impactful this thing has become,” Weise said. “It is truly a magical labor of love.”

A recent episode titled “If By Chance I Met a Dinosaur” was posted April 11 on the Rocky Mountain PBS website, rmpbs.org.

It features a visit to Garden of the Gods that incorporates a lesson in geology. The guide, Miss Linette (Weise’s sister, Linette Weise), doesn’t talk down to her young viewers but explains, with the help of a geologist and clever visuals, how mountains are formed.

Other segments feature Marty the Music Man, an animated character created by Weise and her team, who teaches the basics of music and leads viewers in singing; and a segment with Miss Linda and Betty the Bookworm, who reads the book If By Chance I Meet a Dinosaur, written by Linda and illustrated by her daughter, artist Christina Wells. As Betty reads, the pages are displayed on the screen so viewers can read along.

Miss Linda gets the kids moving with a song that encourages them to show her how they can skip and leads them in singing “Our Birthday Song,” which celebrates young viewers as individuals.

The episode ends with a simple gift as Miss Linda opens a box that contains a geode.

“Even rocks have their own story to tell,” she says.

Weise, founding CEO of the Colorado Springs Conservatory, has worked with thousands of students of all ages and diverse backgrounds since 1994, inspiring and motivating them through arts immersion studies.

For the past 20 years, the conservatory has worked with Community Partnership for Child Development’s Head Start and Early Head Start, to provide programming for younger children.

When COVID-19 forced closure of in-person learning, Weise pivoted to teaching classes on Zoom. They have been well received, she said, “but right away, we realized we’re missing kids who don’t have access to the internet … or their mom’s phone or their mom’s computer.”

About a month into the pandemic, Weise had lunch with her longtime friend McKee.

“I was telling her about how Rocky Mountain PBS was making adjustments in our programming to help families who were doing at-home learning,” McKee said. The need was especially great for families with children from birth to 7 years old.

Since Weise was already creating classes, books with original stories and songs for that age group, the two talked about how those classes could be retooled for broadcast TV and made available digitally.

Weise put together a team that included her sister Linette, an early childhood education specialist; her daughter Cristina; conservatory instructor and music producer Ian Gregory; and videographer Roan Perschke, as well as Tripp Fountain and Drew Fountain, two conservatory alumni who happened to be back in town due to the pandemic.

Working remotely at first, the team brainstormed how to make the live Zoom classes more versatile, entertaining and suitable for recording.

“They said, ‘What if we go to Miss Linda’s house, and we’re in her music room, and then we go on an adventure? Can we add an element of exploration?’” Weise said.

Late one night during a team Zoom meeting, they came up with the character of Marty the Music Man.

“I remember saying, ‘Let’s make a guy out of a treble clef … with a half rest for a hat,’” she said. As she was talking, Weise was already thinking of a song, and Christina was sketching the character on a whiteboard.

“We made a 20-minute pilot, and I sent it to my friends at Rocky Mountain PBS,” she said. “And literally the next week, they were like, ‘How quickly can you have 13 episodes?’”

Tripp and Drew Fountain were working in Florida when the pandemic struck. Tripp was a rehearsal director and choreographer for Royal Caribbean Productions, and Drew was performing as a dancer on a Holland America cruise ship.

After the initial shutdowns, the two brothers decided to return to Colorado “until this all blows over in a few weeks,” Tripp said. “We all know how that ended up, but it turned into this marvelous opportunity.”

Weise spotted a video — an Old West spoof about hand sanitizer — that the two posted on social media, and reached out for their help.

Tripp became director of the TV series. He does most of the script writing, production coordination and scheduling, and also is the voice of Marty the Music Man.

Drew assists Tripp, does most of the filming, edits the sequences and is part of the chorus heard during the singing segments.

Converting from Zoom classes to TV, the team found they had a lot to learn.

“We definitely didn’t know anything about TV production,” Drew said. While some of their theater production skills were helpful, “there was lot of technology that we had to learn about,” such as lighting, camera work, FCC requirements such as closed captioning and timing the shows so they were precisely 26 minutes and 40 seconds long. McKee’s team at Rocky Mountain PBS provided specifications and support at every step along the way.

Weise’s sister not only appears as Miss Linette, who leads Curiosity Corner segments that explore locations in Colorado Springs, but also makes sure that each show meets academic benchmarks and developmental milestones that relate to state early childhood education standards.

“There are five different areas we are targeting during classes — social/emotional, language and communication, cognitive development, movement and physical development, and musicianship,” Linette Weise said.

Because children learn in different ways — kinesthetic, visual, auditory and tactile — “we are working toward being able to reach every child, no matter how they learn,” she said. “It’s very intentional. We keep changing the different modalities in small increments of learning. That’s so much of what we’re missing in the schools, [where] we have them sitting too long.”

The show is evolving, she said, as the team learns from experience and gets feedback from parents.

“Because we think so much out of the box, I feel that those benchmarks are far exceeded with this program,” she said. “And we’re creating an amazing foundation that’s built on success and self-confidence.”

The Colorado Springs Conservatory, which is now open for early childhood classes live online and in person, and Rocky Mountain PBS contributed many resources, Weise said.

“It is truly a magical labor of love.”

The Broadmoor’s Penrose Room was the setting for a segment on manners, and the resort’s chocolatier and pastry chef demonstrated their skills in chocolate making, said  Krista Heinicke, The Broadmoor’s public relations and communications manager.

“We’re honored that [Linda] asked us to be a part of something so special,” Heinicke said. “It was a privilege.”

She said Weise is exploring other episodes in which The Broadmoor might participate, including one at the Broadmoor Manitou and Pikes Peak Cog Railway and another about falconry.

“We’ll do whatever she wants,” Heinicke said. “We’re all in this together, and promoting Colorado Springs and all the good things that can be found here is most important.”

McKee foresees a bright future for the Simple Gift Series. The first season is accessible through the PBS app and RMPBS.org and is being shopped around to other PBS stations.

“We have a platform that all of the PBS networks around the country use to look at each other’s content,” McKee said. The show is posted there, and RMPBS has received inquiries from a couple of big stations on the East Coast.

“Our hope would be that Simple Gift Series gets picked up,” she said. “We are looking forward to seasons two and three and continuing to tell the story of Colorado Springs in the state of Colorado and throughout the country.”