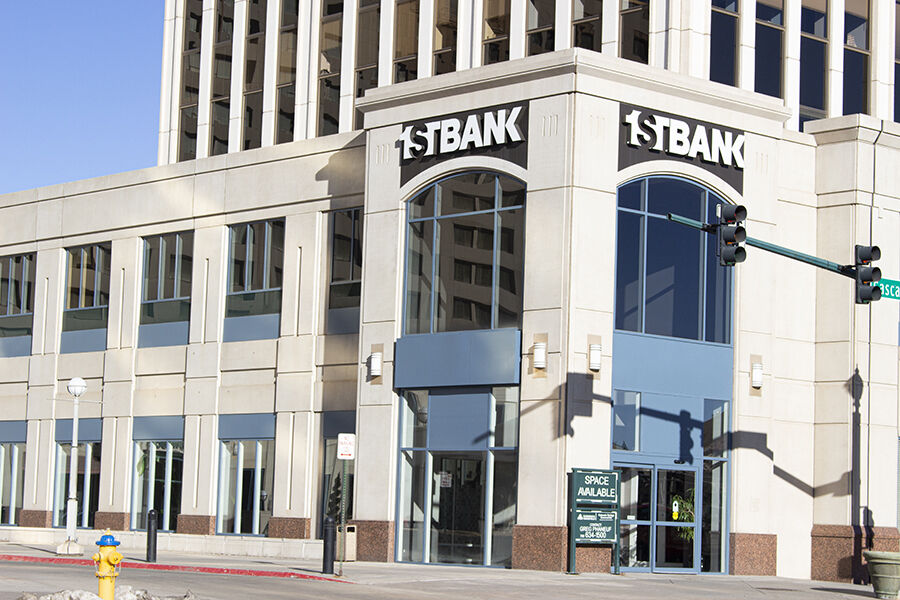 Downtown Colorado Springs hasn’t seen the commercial investment newer sections of the city have grown used to, to include the northern boundaries of the city. 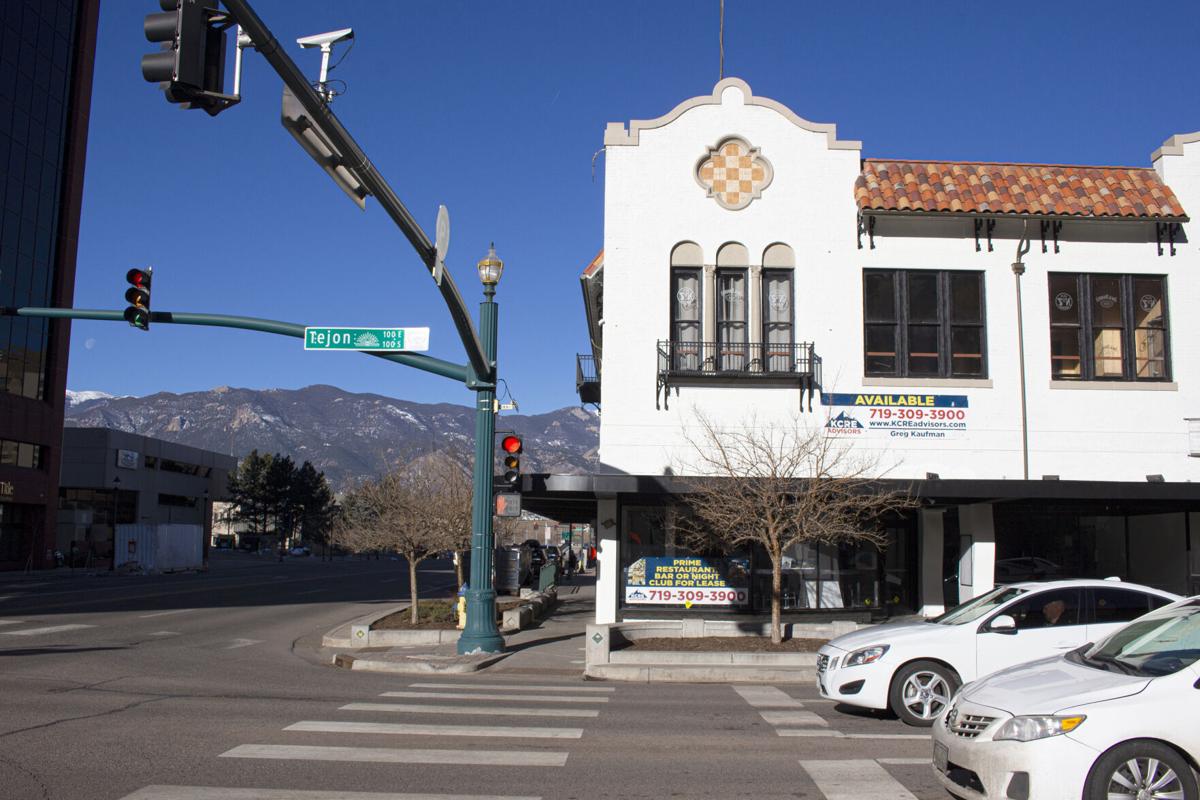 Experts say the commercial real estate market in Colorado Springs is poised for continued growth in 2021 — even as the area recovers from the pandemic-related economic shutdowns of last year.

Real estate analytics company Costar reported that the vacancy rate for commercial properties in Colorado Springs hit 8.84 percent in the fourth quarter of 2020, with a high of roughly 450,000 square feet sitting empty after more than a dozen Downtown businesses closed or looked to cut overhead costs as their employees shifted to remote work.

This year’s first quarter may see only a nominal reduction in empty commercial space. And even last quarter’s vacancy high still falls far below the 14.1 percent rate recorded in the first quarter of 2011, for example, when the local economy was still reeling from the Great Recession.

Despite the setbacks of the pandemic, commercial real estate developers are continuing to push major projects forward this year, increasing the amount of available square footage for new businesses setting up shop in the city’s many subcenters. Retail demand is also beginning to rebound, with a vacancy rate of 5.8 percent as of February, stabilized in part by the local economy’s reliable anchors: universities and military bases.

Retail development continues to be a major emphasis, particularly in the far northern parts of the city. Growth in the area was bolstered by last year’s grand opening of Colorado’s first In-N-Out Burger restaurant and the chain’s still-in-development regional processing center at Victory Ridge, a 153-acre mixed use development southeast of Interquest and Voyager parkways.

“In the end, In-N-Out tries to go into the markets that have the most potential, and Colorado Springs has always done very well with national chain restaurants,” said Bob Cope, Colorado Springs economic development manager. “So I think our demographics lined up, but also the community pulled together to provide the support to make them feel like they were desired here and would be supported here.”

At InterQuest Marketplace, not far west of Voyager, a new headquarters for Ent Credit Union is nearing completion. It is being constructed near a 220,000-square-foot Scheels sporting goods store, also set for an opening at the end of March at InterQuest, which will include 80 shops, an aquarium and a full-size Ferris wheel.

“It’s almost a tourist attraction on its own, and it’s able to compete with online retail because it’s such an experience,” Cope said.

Development at Polaris Pointe at the corner of North Gate Boulevard and I-25 also continues to move forward this year with a slew of entertainment options set to join new restaurants, Colorado Springs’ Bass Pro Shops location, a Magnum Shooting Center and an indoor go-kart race track. A Topgolf driving range with 70 bays is set to open sometime this summer.

“They’re getting ready to submit land use applications for phase one of their new hospital campus right at the southeast corner of I-25 and Interquest,” he said. “Eventually we expect that to be about a $500 million investment. Their first phase, for their first hospital building, it’s going to be around $100 [million] to $200 million invested. It’s set to break ground this year.”

To the northeast, Cope said both commercial and residential development in Banning Lewis Ranch also seem to be growing at a rapid pace that might make it a favorable spot for additional healthcare facilities.

A new Air Force Academy Visitor Center is also in the works in the area of North Gate and I-25, which is part of the City for Champions development initiative funded by $120 million in sales tax rebates the state awarded Colorado Springs in 2013.

Cope said Downtown Colorado Springs has often been perceived as an area of neglect as the city has grown outward, but he said that’s gradually beginning to change.

“Many bars and restaurants are getting ready to open here in the next few months,” he said. “We are going to have additional development in southwest Downtown. That’s in the area near the [U.S.] Olympic [& Paralympic] Museum. Many more apartments are also going up. Some townhomes and condominiums as well, which we haven’t seen many of. That will be good for home ownership options in the lower income range. We have Weidner Stadium nearing completion — hopefully opening in April — and Robson Arena at Colorado College, opening this year in the fall.”

Doug Abernethy, principal with RTA Architects, the largest architectural firm in the Springs, said that development interest in the Downtown area is catching on with companies from the city’s most populous Front Range neighbor.

“It’s been a wildfire in Denver for almost 10 years, and there are commercial real estate developers that are looking at Downtown Colorado Springs as an opportunity, much like they did in Denver 10 or 15 years ago,” he said.

Abernethy sees Downtown as an ongoing area of focus, but he said growth will also continue in “other areas related to Downtown and Old Colorado City and South Nevada. I think you’ll just continue to see development around that core, but it’ll be dispersed also just because of the size of Colorado Springs.”

“That’s an urban renewal area, and there is a lot of construction that’s underway right now with new retail development — and that replaced dilapidated hotels, obsolete retail space, abandoned dilapidated residential properties that have all been cleared,” Cope said. “And now you’re seeing a lot of brand new retail. Some of it’s already in place.”

Entrepreneur and attorney Perry Sanders, who co-owns The Antlers hotel and other Downtown enterprises, is part of a new effort to build a “luxury brand hotel” that will take up 17 lots at 1619 S. Tejon Street. Just south of that, Danny Mientka of The Equity Group is working to construct the 52,000-square-foot Creekwalk shopping center. Neither project is expected to finish until sometime in 2022.

Meanwhile, the southeast quadrant of the city is continuing to benefit from ongoing growth at Colorado Springs Airport, where Amazon will continue to expand its presence in the area with a 279,000-square-foot fulfillment center set to open later this year. The center will prep orders for delivery in the region and should create thousands of jobs for area residents.

According to the U.S. Census Bureau, the Colorado Springs metro area is home to about 739,000 people. Cope said that number is expected to increase to 1 million by 2050.

“We are going to grow out, but there’s more of an emphasis on infill and higher density,” he said. “I would say it’s both, whereas before we only grew out.”

John and Tyson Liese, the father-son duo who run Colorado Foothills Properties, agree that Colorado Springs is seeing a large influx of new residents moving from more highly populated cities with higher costs of living. They believe the pandemic has only accelerated that migration.

“A lot of the investors that we’re selling to are coming from Los Angeles and the Bay Area.”

“Really, when you talk about what’s going on with the health crisis, the fact that people realize that they can now telecommute opens up the entire country essentially for them to work, live, do whatever out of,” Tyson Liese said. “A lot of people realize you don’t have to pay for your San Francisco office space anymore. They can move to Texas, Colorado, Wyoming, South Dakota — all those types of places where you can get much cheaper office space, cost of living, all that sort of stuff and continue to function just the same.”

Westin Thomas of Westward Properties said Colorado Springs reminds him of his hometown in Austin, Texas, in the mid-’90s — before its population began to expand exponentially. He said people in major coastal cities seem to be moving farther inland, and the Springs seems to be an increasingly popular choice for relocation. Mortgage rates that remain at around 3 percent are still driving some residential real estate sales this year, even as the housing supply remains low with last year’s buying frenzy.

“A lot of the investors that we’re selling to are coming from Los Angeles and the Bay Area,” he said. “That is where most of the money is coming from, and I think as those projects on the West Coast are not performing in the way that they had performed for a long time, and people are maybe looking to other markets. Especially with COVID, I think that’s really what’s driving our growth.”

Thomas estimated that commercial retail space in Colorado Springs ranges from roughly $35 to $45 per square foot, whereas premium space in the Bay Area, for example, can be sold for as much as $150 per square foot. Construction costs also tend to be much lower here than in major coastal cities.

The vacancy rate remains high, he said, partly due to decreased demand for large commercial spaces in some areas of the city. On the other hand, demand for small-to-mid-size commercial spaces has remained steady throughout the pandemic for the sorts of businesses that still operate best in a brick-and-mortar setting.

“The demand has definitely come back a little bit because I think it’s the size of business that really can’t work from home all that effectively,” he said. “A call center that’s in [50,000] to 100,000 square feet in this city is much more affected by work from home because a lot of that work can be done remotely. But if you’re a business with three or four employees, generally a lot of the value of that company or the efficiency of that company comes from being in the same room and under the same roof."