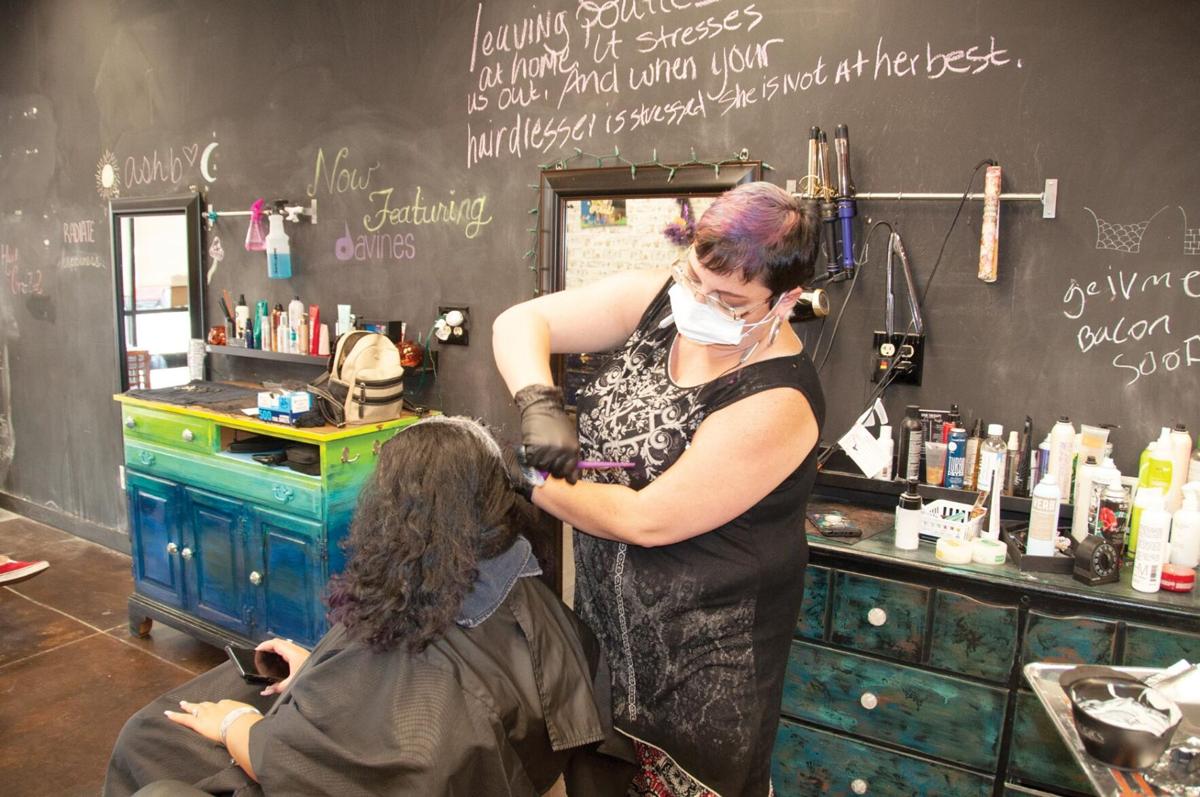 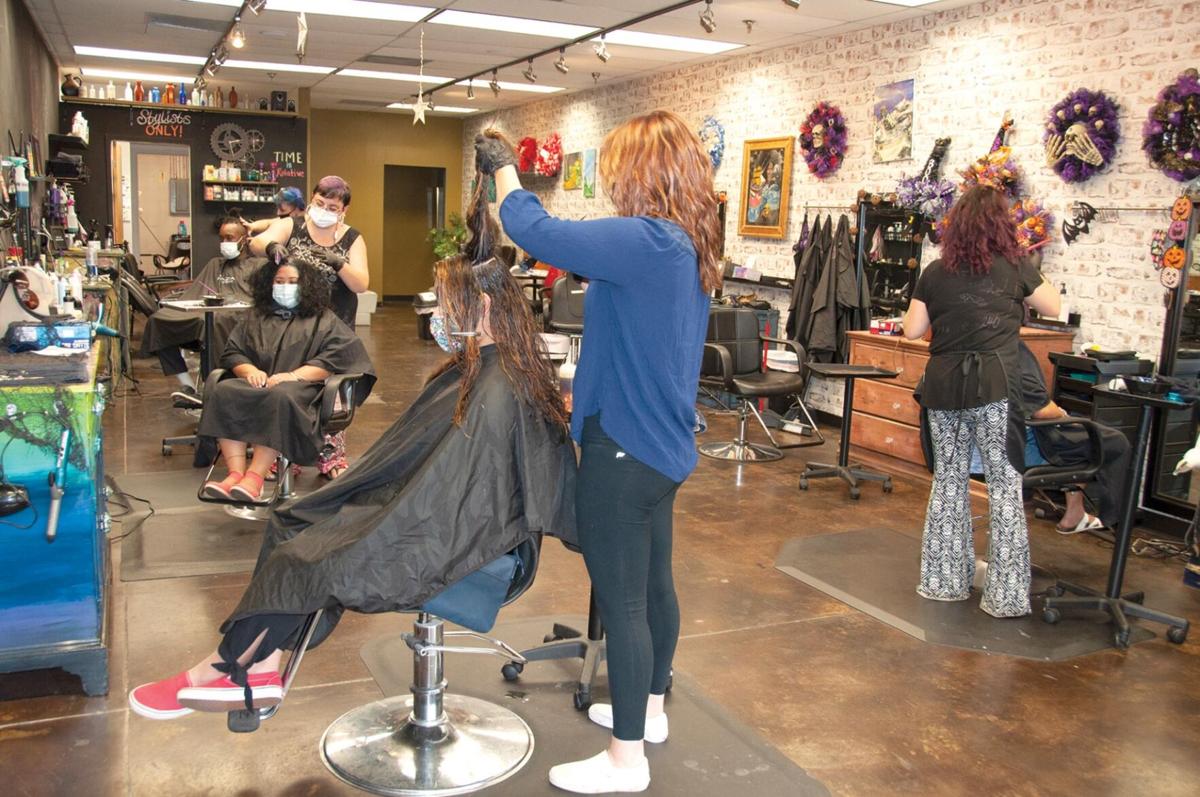 Melissa’s Hair Therapy owner Melissa Chapman would like to continue to add stylists and services.

Melissa Chapman, owner of Melissa’s Hair Therapy, had just released a commercial that was bringing in lots of business.

“Then COVID hit, and we got even busier,” she said.

Chapman, the first winner of the Southeast Business Plan competition, had one chair and one shampoo bowl when she first opened 2½ years ago. Immediately pre-COVID, she leased space to one other stylist.

Now she has six stations, three  shampoo bowls and a pedicure station, and is eager to bring in more stylists.

“The moment they let us back into the salon, we have not had breathing room since,” she said. “We’re booked two months ahead. We’re now ready to be fully staffed,” Chapman said.

It wasn’t easy making it through the six weeks when she had to close.

“I applied to collect unemployment and never heard a word,” she said. “My saving grace was my tax return, and our landlords [Western Centers at the Spring Creek Shopping Center] were so gracious to us. They allowed me to put my rent on the back end of my lease, and they did that for two months.”

Post-COVID, Chapman consulted with a contractor about building several suites at the salon to provide the separation that many stylists want now. That turned out to be difficult to finance without a large loan, so Chapman decided to rethink her plan and reconfigure the space between stylists for the time being.

She’s also considered changing her business model from renting spaces to stylists to hiring them as employees on a commission basis.

Chapman said she has applied for two small business grants through the Pikes Peak Small Business Development Center and hopes they’ll come through this month. That could change how she will approach redesigning her salon.

Chapman had long wanted to own her own hair studio when she won the inaugural Southeast Business Plan Competition in 2016.

After leasing workspace in other salons for two decades, she decided to study business at Pikes Peak Community College. At PPCC, she enrolled in the Thrive Network, an organization that works with entrepreneurs in at-risk communities like Southeast Colorado Springs with the goal of strengthening those communities.

She poured everything she learned from her studies, her involvement with Thrive and from writing her winning business plan into making her own salon a reality, and opened the shop in early 2017.

It was successful from the start, but Chapman has never seen anything like the response she’s getting now.

She attributes the salon’s popularity to becoming well known in the neighborhood; she located close to a large housing development, thanks to a savvy real estate agent.

She has built a loyal base by providing the services her clients want and that they can’t otherwise find nearby.

Locating in Southeast was a sound choice, she said.

“We’ve got a lot of development happening here,” Chapman said. “We have all these fun, unique little things that are all over the place on the south side. It’s not attracting a lot of super big corporations, which means that there’s more opportunities for little entrepreneurs like me who want to do something but can’t afford the astronomical rents” elsewhere in town.

She also thinks the salon functions as a lifeline for some of her clients.

“It’s almost like we’re essential personnel,” she said. “People are sitting in our chairs like, ‘This is my little reprieve away from everything I’m having to deal with.’”

Chapman has chosen her full- and part-time co-stylists carefully, and she thinks their collective skills are another reason for the salon’s success.

“We’re inventive, we’re artists, we’re therapists,” she said. “We have definitely developed a good reputation. We’re a higher-end salon; we provide a higher quality of service” that includes complicated color and complex haircuts.

Chapman hopes eventually to add stylists who will bring more flavor to the salon.

“Doing braids and weaves is a special skillset,” she said.

She hopes the next step will be creating an environment where stylists and clients can have more privacy and feel comfortable.

Chapman said she is grateful for the acceptance and support she’s found in the Southeast.

“If I hadn’t had that community of people around me who were like, ‘We believe in you, and we know you’re going to do this, and we’re here to help,’ I just truly don’t know if I would have done it,” she said. “I learned that I don’t have to bite it all off at once — just take the bite that’s right in front of me. That’s what I finally figured out.”

Have you voted yet?