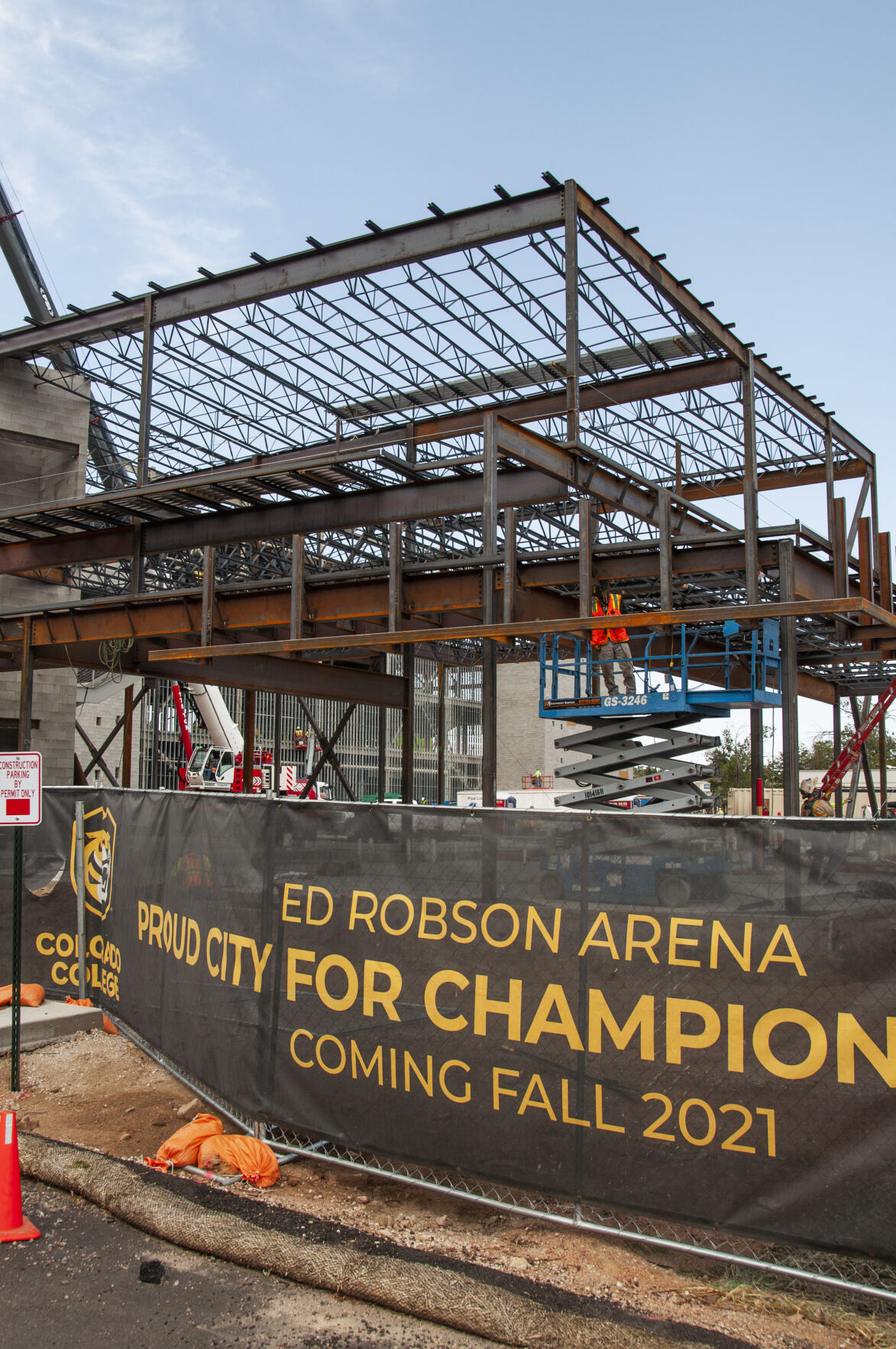 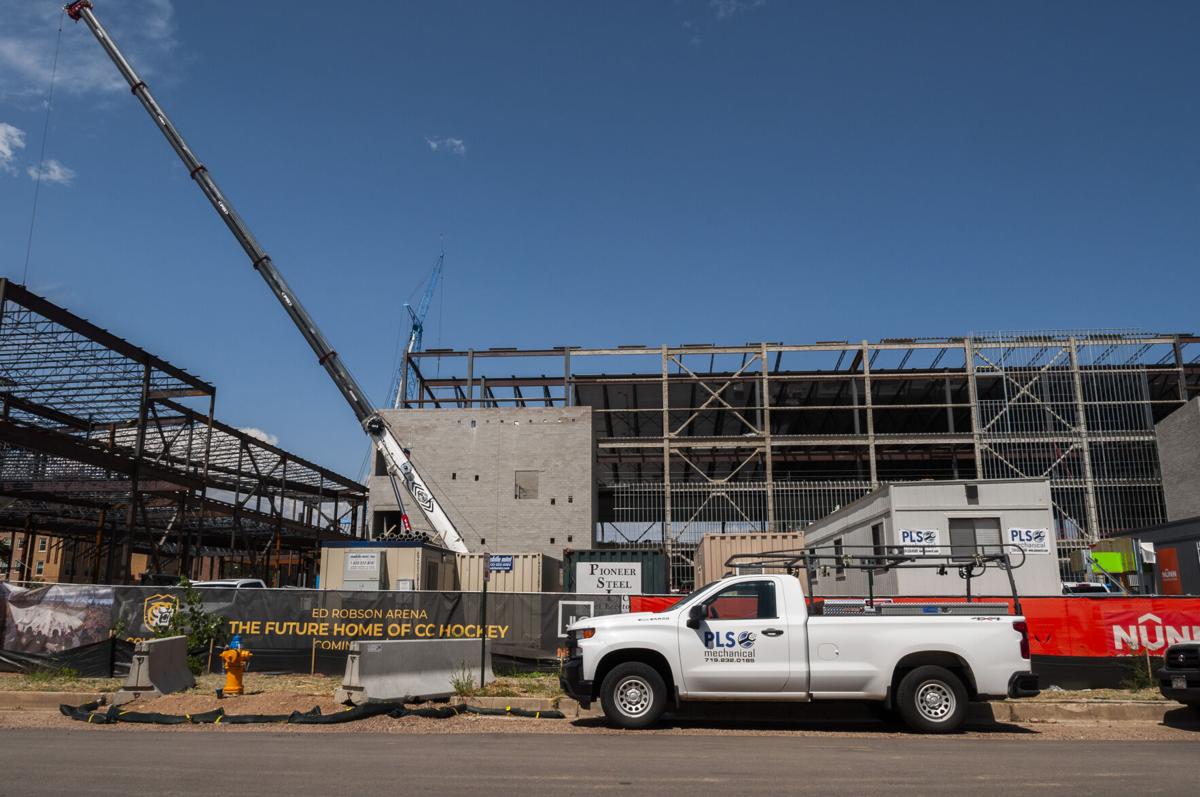 Colorado Springs hotels posted the highest occupancy rates in the nation for the week ending Aug. 15 and the weekend of Aug. 15-16, according to STR, a leading tourism industry data and research firm.

Hotels in Colorado Springs saw guests filling 93 percent of their available rooms that weekend, and for the entire week, the occupancy rate hit 81.8 percent, the highest of the 165 U.S. cities that STR tracks.

Bob Cope, the city’s economic development manager, is sure that the opening of the U.S. Olympic and Paralympic Museum and Hall of Fame had something to do with that.

The museum, one of the City for Champions projects, opened June 30. A second C4C project, the $61 million William J. Hybl Sports Medicine and Performance Center, hosted a virtual grand opening Aug. 21-24, but under a partnership between UCCS and Centura Health, the facility has been operating since June.

The C4C projects were designed to lure tourists to the Pikes Peak region, and although no numbers are available yet, “anecdotally, I believe that both projects are doing very well in attracting tourists, especially in a COVID-19 environment,” Cope said.

“I think they both went into this knowing that … this is going to be a good opportunity to get open to make sure that all their systems were in place and things were operating really smoothly, and we can just continue to build traffic from here,” he said.

According to STR, local hotels also led the country in July with an occupancy rate of 70.3 percent.

Visit Colorado Springs President and CEO Doug Price attributes that achievement to the strength of the region’s outdoor recreation opportunities.

With outdoor activities, the museum and Hybl Center leading the way, tourism officials hope that the fall season will continue to be robust.

Goals of the City for Champions projects, which also include the Downtown Stadium, the Robson Arena and the Air Force Academy Visitor Center, include attracting millions of visitors to the Pikes Peak region.

The stadium and arena are under construction and expected to open in spring and fall of 2021, respectively.

Bond funding for development of the AFA visitor center stalled in March when the bond market collapsed, but the city is working on several options to get the project going. Those include bond enhancements to make them more attractive to private investors and returning to the open market with credit enhancements.

As a third option, the city is hoping to get language inserted in the next round of the CARES Act — now known as the Heroes Act — that would allow the Federal Reserve or U.S. Treasury to buy the bonds.

Congress is expected to take up the act when legislators return in mid-September, “but we’re not counting on that,” Cope said.

Funding for the City for Champions projects included $120.5 million in state tourism funds. According to the city’s agreement with the state, it must collect data on visitors to each facility, which will be reported to the state annually. The city will also track job creation, total growth to the economy and other fiscal impacts.

“I have no doubt those are going to be wildly positive,” Cope said.

When it submitted the application for the C4C funding, the city’s original projection was that 350,000 people would visit the museum annually, of which 210,000 would be net new out-of-state visitors.

“Given that we are nearing the end of (a VERY challenging) tourist season and that we are in the midst of COVID, we are waiting to publicly share any attendance numbers until we have a full data set,” Peter Maiurro, the museum’s chief communications and business affairs officer, stated in an email. “It is impossible for us to extrapolate a full year of attendance based on less than one month of guest access in this very unique time.”

Price said, however, that the museum “is meeting the early goals. I think you have to remember that, in the month of June when they were planning to open, and even in mid-July, they thought their capacity was going to be closer to 175. And when the waivers changed, That took it down to 100. They’re doing, I think, what they’d hoped they would be doing under the restrictions.”

In fact, Price said, “there may not be a better time to go see the Olympic and Paralympic Museum for residents and visitors than right now, while the numbers are low.”

The museum’s benefits are not tied just to tourism numbers, Cope said.

“All you have to do is take a look around southwest downtown,” he said. “It’s already catalyzing millions and millions of dollars in additional investment, which is exactly what we were trying to accomplish with City for Champions. … We expect about $2 billion in private investment over the next 20 years, and that is started. So I would say it’s already a very successful initiative. In many ways, it’s turned our community around.”

The museum employs more than 60 full- and part-time staff, and SSA, its partner for café, retail and custodial services, brings in more than 15 employees, Maiurro said.

Thus far, the museum has hosted both in- and out-of-state visitors, but about 80 percent are from Colorado.

Maiurro said the museum has established extraordinary protocols to protect visitors and staff. The protocols are a significant part of its marketing to assure guests that their visits will be as safe as possible while still being exciting and interactive.

“We are utilizing our RFID technology to carefully monitor guest capacities in each of our galleries, and our staff adjusts guest admission and flow to ensure social distancing and adherence to the venue capacities set by the state,” he said.

In addition, the museum is limiting admissions in 15-minute blocks. Temperature checks and masks are required for all visitors and staff. HVAC procedures to cycle clean air and robust cleaning procedures throughout the museum occur throughout each day.

With the arrival of UCCS students at the end of August, the Hybl Center is seeing more activity, but it was already functioning earlier this summer.

What makes the center unique is its combination of clinical practice and research with undergraduate and graduate education.

The clinics serve clients from elite athletes to individuals who just want to maintain an active, healthy lifestyle.

On the education side, the facility will allow the UCCS exercise science program to expand to 1,000 students and the human physiology and nutrition program to grow to 500 students.

The center’s medical clinics, portions of its performance center and gymnasium opened June 30, said Bill Lueck, director of new development for Centura Health and co-executive director of the center.

“Our imaging departments are running at volume goal, and our orthopedics, primary care sports medicine and physical therapy clinics are running at 115 to 130 percent of target,” Lueck said.

The performance center’s altitude chamber and environmental chamber, which use recirculated air in an enclosed space, “we’ve elected not to open because there aren’t global standards around how to do that safely during the pandemic,” he said.

The altitude chamber, a 450-square-foot room in which oxygen levels are controlled, permits athletes to train at simulated altitudes from sea level to 19,000 feet. The environmental chamber also controls oxygen levels and adds a range of temperature and humidity controls.

“Those chambers, when open and functioning, will be available to the public and are part of the [Hybl Center’s] draw,” Lueck said. “We expect people to come from far and wide to utilize these training and research facilities.”

Most of the clinics’ patients are local, though some people are coming from outside the area to see the center’s world-class surgeons and primary care sports medicine providers, he said.

Lueck said the center employs more than 100 faculty and health care professionals and is fielding applications from physicians and other professionals from across the country.

“I take that as a good sign of being able to fulfill our mission of bringing economic development to the community,” he said.

“This is a very strange year,” Johnson said. “Enrollment institutionally is down about 4 percent, but the human physiology and nutrition department enrollment is up by 15 percent. It’s going to be one of the largest departments on campus.”

In February, when the center was recruiting faculty, news about the center spread far and wide.

“We had interest from a couple of European and South American soccer teams to come here for altitude training, and international cycling teams had expressed an interest,” Johnson said.

While those facilities have been placed on hold, “based on the interest that has been generated well before the building opened, I’m quite confident that we will attract a large international contingent of folks,” he said.

The college is currently in discussions with local first responders and tactical groups, who will begin training soon. In addition, the college has received funding for a statewide public safety initiative that will engage regional commanders of those groups.

Both the museum and the Hybl Center are “year-round, weatherproof attractions that will be particularly helpful to our visitors who come in the fall and winter,” Price said.

In addition, Visit COS is promoting scenic drives and other outdoor activities to attract fall tourists.

“You’ve got the Royal Gorge bridge and park, you’ve got ATV tours, ziplining, hot air ballooning — all those activities are great for outdoor adventures,” Price said.

Since Memorial Day, Visit COS has been focusing its advertising and social media channels on Colorado tourists.

“Summer exceeded our expectations,” Price said. “We could see it on our website in August. Our website traffic was 14 percent higher than it was in August of 2019.

“People are coming in, they are spending money, [but] they may not be staying quite as long as visitors who come from farther away.”

For the first time this year, “we’re going to transition into a fall campaign in conjunction with the state of Colorado,” he said. “Since we didn’t spend money in March, April and May, we have some money in reserve to extend it into the fall.”

That campaign will be focused on Colorado tourists, especially the 80 percent of Coloradans who live along the Front Range.

“We are going to wait to invite people from further away when the state of Colorado feels that it’s safe to do that,” Price said.

Since many of the state’s schools are operating virtually, “we’re hoping that the summer season might carry into the fall a little bit later this year,” he said. “Our attractions are going to be open and hopeful that they’ll see business in September and October like we saw in July and August.”