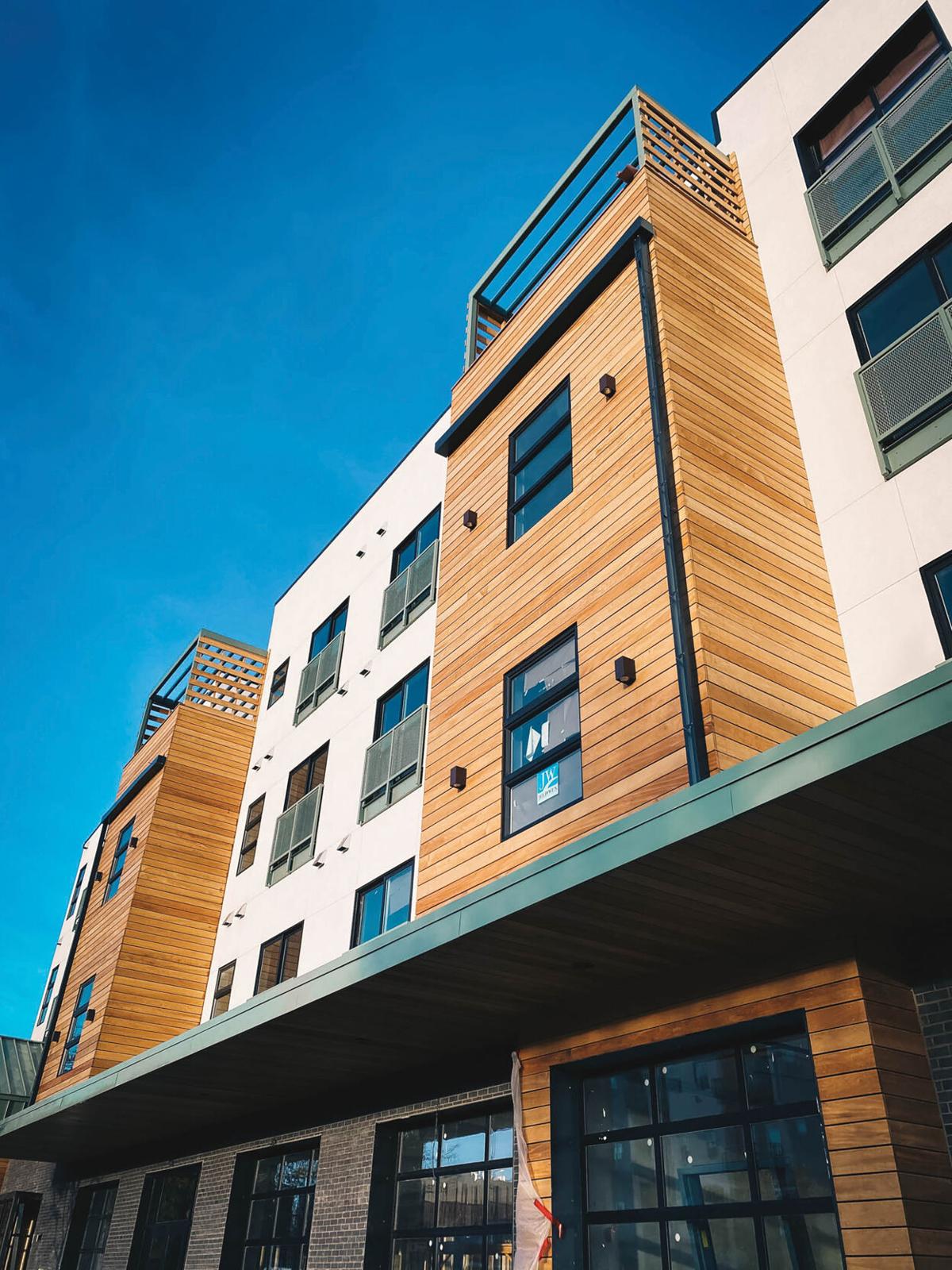 This year’s opening of Kinship Landing was one bright spot for the local tourism industry. 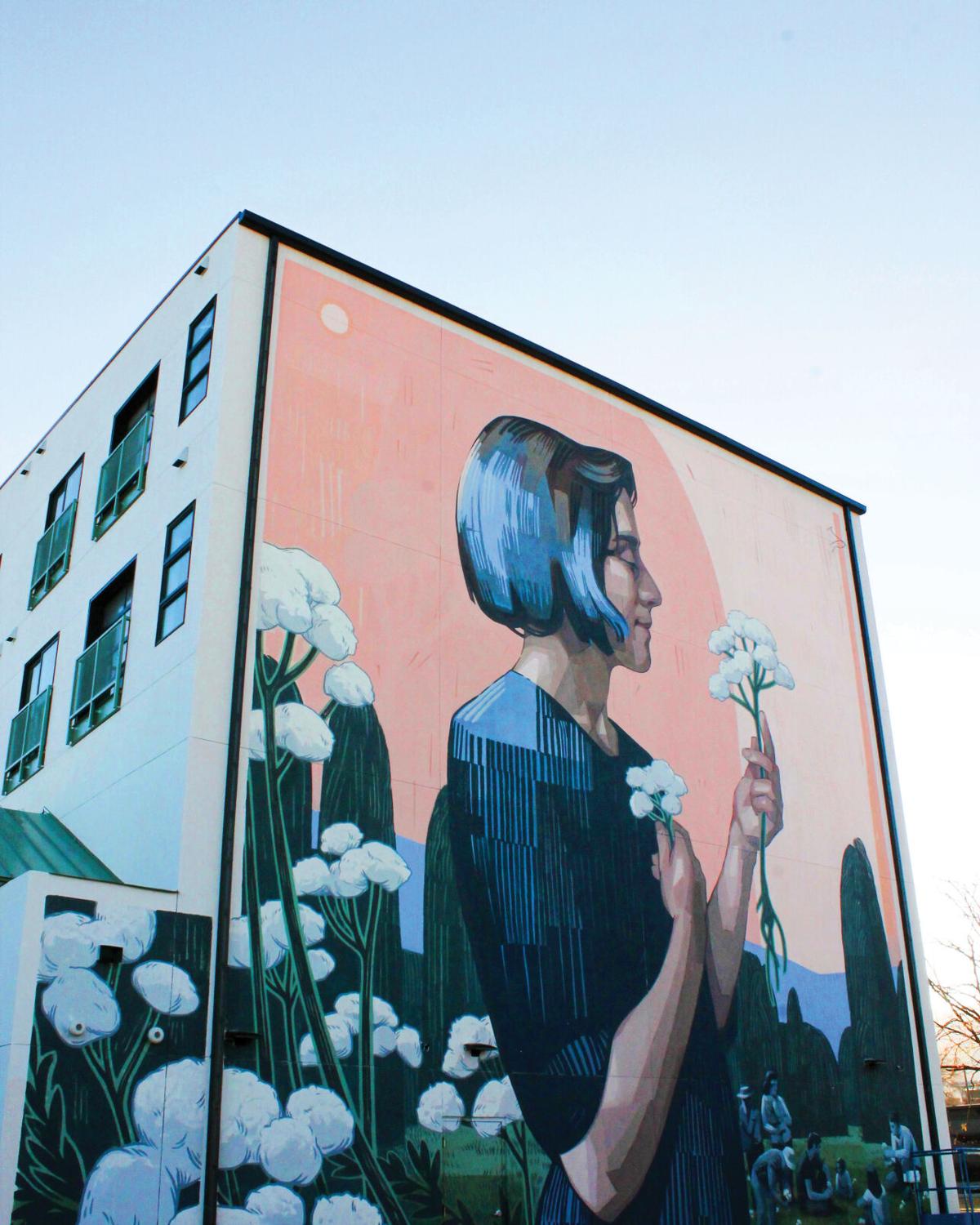 A few bright spots offered hope in an otherwise bleak year in the local tourism industry:

• Construction on Kinship Landing, a unique lodging property in Downtown Colorado Springs, was completed, and the hotel is having a soft opening Dec. 27.

•Construction crews “topped out” the 120-room Hyatt Place hotel Dec. 3, placing the final beam on the Downtown property that is expected to open in August or September.

•The summer tourism season wasn’t as bad as officials expected it to be.

There’s no doubt that the industry has been devastated by the COVID-19 pandemic. But local tourism experts and hotel developers expect that the industry will start to recover once vaccines are widely distributed, and they’re expecting the region’s strengths to help it rebuild in 2021.

Kinship Landing owner Bobby Mikulas acknowledges that the post-Christmas opening of the 40-room boutique hotel at 415 S. Nevada Ave. is not ideal.

“Our opening is not without sacrifices on our end, such as a lean staff, much lower projected revenues, stringent cleaning and distancing policies, and other COVID-impacted operational and cost-mitigation strategies,” Mikulas said.

But “the opportunity to perfect our model, even in the slow season, is valuable for us,” he said.

Mikulas said the hotel is offering special respite packages to the local community so that people can enjoy a night off from their own homes in a luxurious and relaxing setting.

“There are so many people who could just use a change of scenery, even if it’s to watch a movie,” he said. “And so we are opening up the doors to people who just need to get out of the house, and want to do it in a really safe way.”

Even though Mikulas has postponed the opening of Homa, the hotel’s café and bar, and isn’t hosting events or a grand opening until later in 2021, Kinship Landing has bookings from opening day all the way into 2022, Mikulas said.

Individuals are reserving rooms and suites, and groups are exploring options later in the year, including a group looking to book the hotel’s bunkroom for a senior class trip.

“We’ve got corporate clients who are doing a kind of miniature little staff retreat, and they’re going to put some of their guests up in our hotel and enjoy the downtown area,” Mikulas said.

The hotel is about to kick off a marketing campaign that will focus in part upon the local community.

“Kinship Landing, first and foremost, is meant to be a gift to the community,” Mikulas said. “At the heart, Kinship Landing is a space where locals and travelers connect with each other and share stories and swap ideas and exchange values.”

Instead of conventional amenities like a pool or gym, the hotel is promoting its individually designed rooms, custom-built furniture, high-end tufted mattresses and luxurious Brooklinen sheets.

It will unite guests with local businesses like City Rock for climbing and Mountain Chalet to outfit themselves for outdoor adventures in the region.

“We’re creating a culture that … when a guest comes and stays here, they’re a part of the community instead of being isolated in a hotel,” Mikulas said.

The seven-story Hyatt Place hotel being developed by AAA Hotel Developers of Pueblo at the southeast corner of Nevada Avenue and Kiowa Street will include a pool, spa and fitness room, a restaurant, meeting spaces and a separate retail area on the first level.

“No one knows exactly how it’s going to go,” AAA Partner Avik Amin said, “but the long-term outlook is, we feel good about the market fundamentals and everything happening downtown in Colorado Springs. We’re hoping by the time we open it, we’re kind of over the worst parts of everything.”

This year has been difficult, Amin said. While leisure travel continued, corporate business, such as conventions and meetings, fell off almost completely.

“That’s kind of the base business that keeps you going year round,” Amin said.

The Hyatt Place will have meeting space for 80-100 people. Amin said he is working in conjunction with the nearby City Auditorium to bring in events and meetings.

“They could utilize our hotel, and we could utilize that space,” he said. “That’s kind of a longer-term plan. We know that building does need some work, but in the long run, that was one of the reasons to build there.”

Amin said the company has had to cut hours but has tried to keep employees as much as possible.

“We want to retain the good people that we have,” he said. “Even before COVID, and now, it’s very hard to find good associates.”

AAA also is completing site work for a 63-room Holiday Inn Express in Manitou Springs, which is also scheduled for completion in late summer. Among the 50 properties it has developed in Colorado and other states is the Days Inn by Wyndham near the Air Force Academy.

Preparing the Manitou hotel site required unexpected work, Amin said. Crews ran into a lot of boulders, but Amin expects construction on the hotel itself to begin soon.

“I’m definitely looking for more opportunities,” Amin said. “We want to open these two first and make sure they’re successful. We definitely feel good about the area, so if opportunities present themselves, we would definitely go for those.”

In January, The New York Times named the city as one of the top 52 places in the world to visit in 2020.

“We were No. 13, and there were only two other destinations in the United States that were ahead of us,” Price said.

The William J. Hybl Sports Medicine and Performance Center and the U.S. Olympic & Paralympic Museum  and Hall of Fame were scheduled to open and expected to be big draws for visitors.

When the bottom fell out in March, restaurants and lodging — from small motels to The Broadmoor — were forced to shut their doors. In April, hotel occupancy in Colorado Springs was at just 18 percent.

Visit COS stopped all of its advertising but was able to mount some creative campaigns that required only staff time through blog and social media content.

“We launched the Rocky Mountain Zen campaign where we just shared beautiful imagery from the region,” said Alexea Veneracion, Visit COS communications manager.

“We launched our Peak of Safety pledge in August,” Veneracion said. The pledge asked both businesses and visitors to agree to follow public health guidelines.

“I think that really helped with getting people familiar with our region and that we are taking the steps to stay safe so that people could feel comfortable coming here,” she said.

When restaurants were able to partially reopen in late May, Visit COS started limited advertising again, focusing on travelers within the state.

“That was new for us,” Price said. “But research started to show that people felt most comfortable in their own car, and they wanted to be outdoors. So we knew we had a good drive market.”

By the Fourth of July weekend, the hotels had reopened, and leisure travel picked up.

According to travel data and analytics firm STR, Colorado Springs hotels had the highest occupancy rate in July — 70.3 percent — of 165 cities the firm tracked. Local lodging properties topped the list for weekend occupancy Aug. 15, at 93 percent, and scored occupancy rates above 80 percent for the weekend of July 11 and the week ending Aug. 15.

“It proved to be a better summer than we thought it was going to be,” Price said.

September and October turned out to be better than expected as well.

“The leisure traveler still came,” Price said, “but let there be no confusion about how much we have missed — the meetings, the conventions, the weddings, the reunions, the sporting events. It really has taken a toll.”

In mid-December, the forecast was that LART tax collections would be down about 45 percent in all of 2020 compared with 2019.

Although there is pent-up demand for travel, “we really don’t expect a recovery back to 2019 levels until the end of 2023 into early 2024,” Price said.

There are positive indicators for next year, he said: the reopening of the Pikes Peak Cog Railway and completion of the new Summit House, on track for May; and the opening of Colorado College’s Robson Arena and the Switchbacks soccer club’s Downtown stadium, both of which will be completed next year.

“Maybe the most important date for us is March 11 — the day that Southwest Airlines begins to fly,” he said.

“We’re hoping that by the end of the second quarter, about 60 percent of the U.S. population will have been vaccinated,” Price said. “If that is the case, it will speak very well for Q3 and Q4 of 2021.”

Most of the components of the tourism industry are small businesses and organizations that have been holding on by their fingertips.

“For these entrepreneurs, I think that there’s a reason for optimism in 2021,” Price said.

In tourism-reliant Manitou Springs, the shutdowns in mid-March meant the loss of spring break travelers, including those the city usually gets from Colorado and Texas.

“It took a lot of wind out of our sails,” said Leslie Lewis, director of the Manitou Springs Chamber of Commerce & Visitors Bureau.

As things loosened up in late spring, the chamber, like Visit COS, targeted appeals to regional travelers.

“This summer, when we realized that Texans were coming anyway, we did start doing some digital campaigns where we reached out to within a six- to eight-hour drive market,” Lewis said. “But certainly we had a much stronger regional focus this year.”

Some lodging properties had a successful summer.

“What I’ve heard is that the cabin properties did better than the hotels,” she said. “I think people were still looking at that social distancing, and you can do that much easier in a cabin by yourself than when you’ve got a hotel room next door to you.”

As in Colorado Springs, late summer and fall were better for tourism businesses than expected. There were many weekends and even weekdays, when the streets and sidewalks were crowded.

The reopening of the cog railway and the summit house May 1 will be an important occasion for Manitou tourism, Lewis said.

“Even if they have some restrictions at that point, it’ll be a pull for people who have waited to come back until they could ride the train again,” she said.

Manitou will be launching a promotion next year with the slogan, “Let Manitou be your base camp for your Pikes Peak adventure.”

Lewis hopes that the increased advertising will drive some traffic to the smaller hotels, and she believes that Manitou remains a strong destination.

“It has a magic about it, so I think it will continue to be a popular place for people to come,” she said.