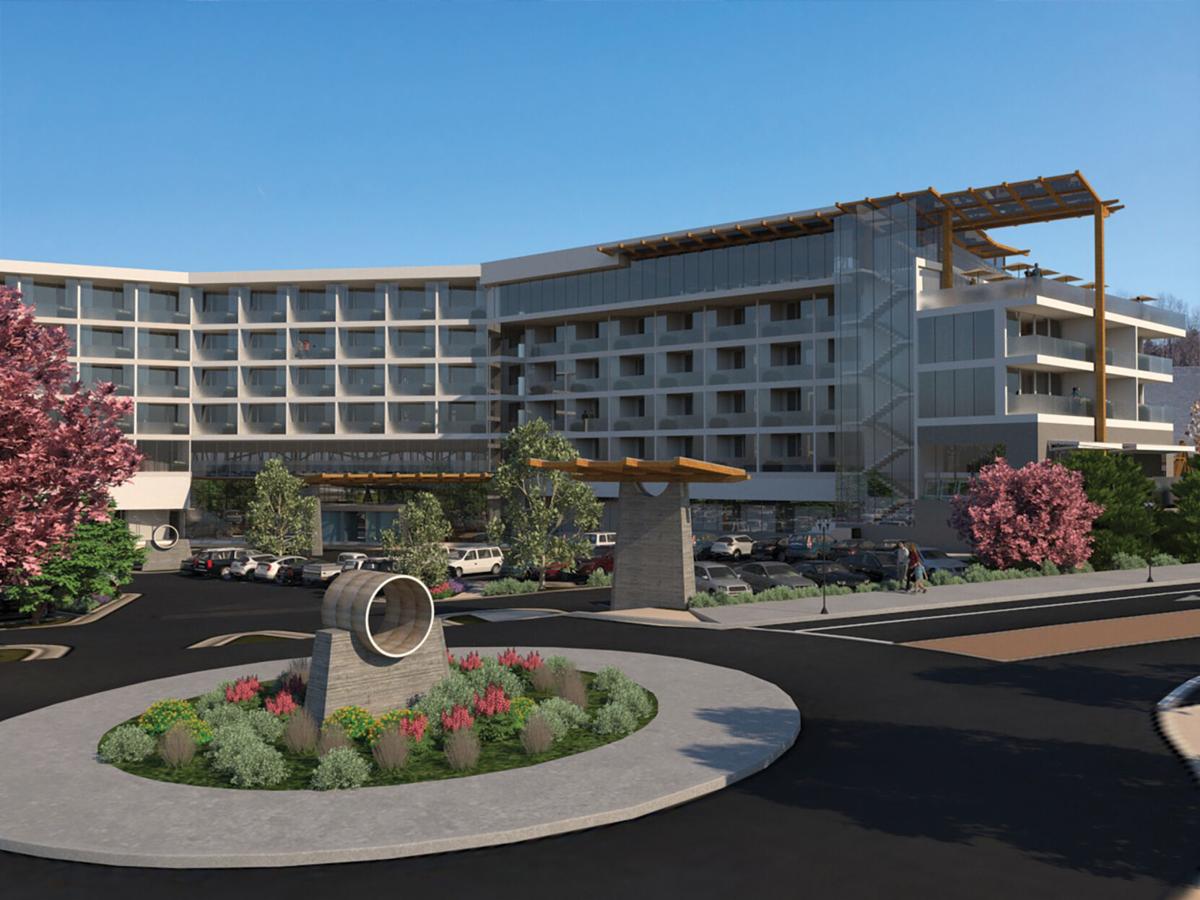 A rendering of the 158-room Ivywild Hotel and campus planned for South Tejon Street. Development is set to begin this year. 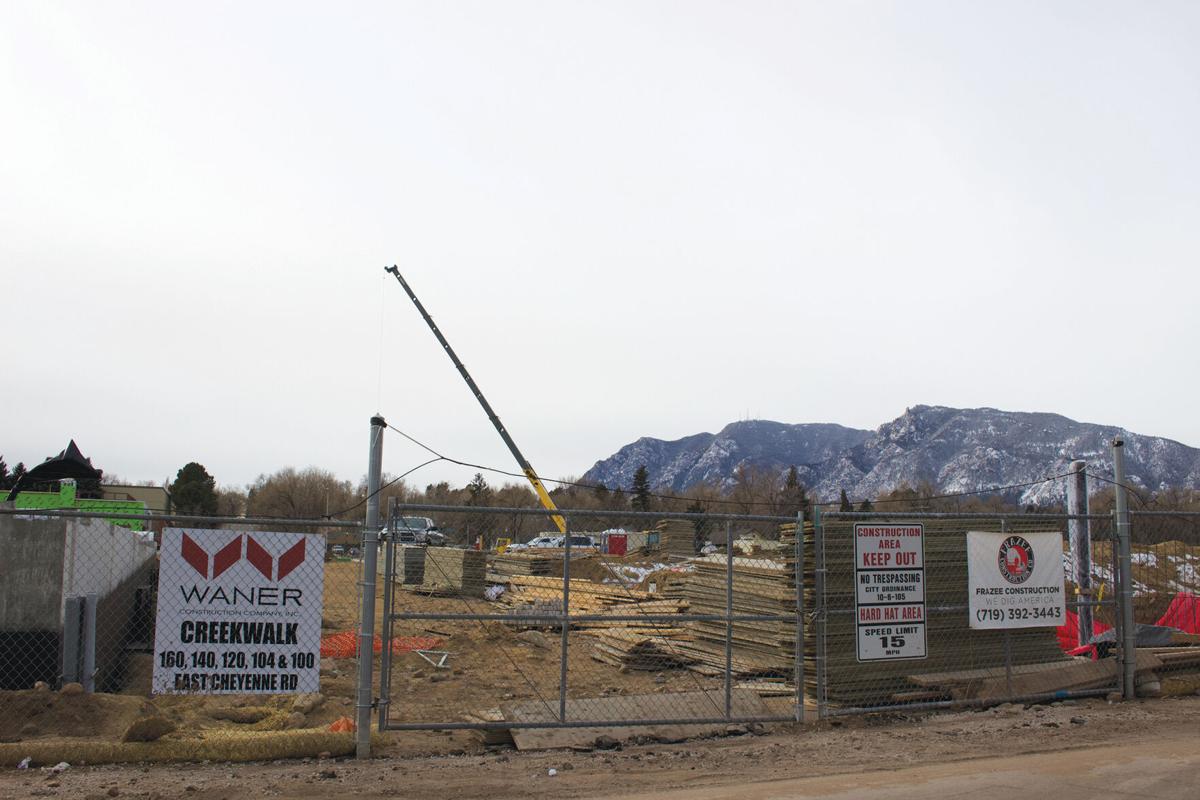 Creekwalk, originally due for a fall 2020 completion, will transform the neglected Cheyenne Creek area into a retail and dining destination.

An urban renewal project launched in 2015 has created more than a few reasons for residents and visitors in Colorado Springs to stop and dine or even to relocate to the once blighted and crime-ridden neighborhoods along South Nevada Avenue.

Construction workers are currently moving dirt on another, which is being billed as the crown jewel in a massive makeover of the district: A luxury hotel and campus that will take up 17 lots at 1619 S. Tejon Street.

Entrepreneur and attorney Perry Sanders, who co-owns The Antlers hotel and other successful downtown enterprises, said he and his partners are in final negotiations with a “top brand” to create a premium lodging experience, with world-class dining and entertainment.

“It’ll involve multiple food and beverage outlets, both some in-house and some in discrete locations on the campus, that’ll be obviously smaller than The Broadmoor, but a similar sort of concept, with different food types located on the premises,” Sanders told the Business Journal. “Everything will be open to the public. It’ll have everything from a steakhouse to some other very interesting stuff.”

Sanders said he, local developers Sam and Kathy Guadagnoli, and The Antlers co-owner John Goede will be ready to announce the hotel brand they’re hoping to partner with in the next couple of months.

“People tell me they feel like they can walk around the area there now...”

Another big announcement could soon follow, Sanders added: a world-renowned chef he hopes will be headlining the culinary offerings at the new resort.

“We do have one of the world’s top chefs, one of the top James Beard chefs of all time, setting up an appointment to come here and meet with me,” Sanders said. “We’re looking at doing a couple of joint ventures on things, including potentially out there. We’re trying to add to the already great chefs we have here and bring in somebody that we would team up with as a combination consultant and business partner. That’ll be a heck of an announcement because this is somebody who has locations in Boston, D.C., in the top cities, and is like the top person. It’s going to be very exciting if we pull this off.”

The new hotel is planned to be completed toward the end of 2022. It’s one of several urban renewal projects in the area continuing to move forward despite the pandemic.

Ray O’Sullivan, development manager for the Guadagnoli’s Ivywild Development LLC, said 19 homes at Canyon Creek Townhomes on North Cascade Avenue. have already been built and sold out. Tokyo Joe’s, Smashburger and AT&T continue to do well at the Guadagnolis’ retail center on Ramona Avenue, he said. More phases of townhomes are underway, he added, including 25 units at Brookside and 35 at Metzler Place and Mt. Washington Avenue. Construction on the new residences is set to begin this quarter near the 52,000-square-foot Creekwalk shopping center.

Creekwalk — which had been slated to open in fall 2020 — is still in the early stages of construction. The development gets its name from the sliver of Cheyenne Creek that runs along the west side of the block. Still an eyesore clogged with trash and overgrowth, the creek is the focus of several planned — and some already completed —  infrastructure improvements in the area.

“It has sort of been hidden as a concrete channel for the last 50 years or so,” Mientka said. “Our goal is to create an experiential retail transformation of that area, allowing people to walk around the creek, to bring the birds back — if you will — and bring a little bit of nature to an otherwise blighted corridor that today doesn’t have that.”

Jariah Walker, executive director at Colorado Springs Urban Renewal Authority, said developers working in the urban renewal area are taking the pandemic-related delays, which have pushed most of the remaining projects into at least a spring 2022 finish, in stride.

Meanwhile, he says new businesses in the developments and the area’s longtime residents are among those reaping the benefits of the ongoing project and the improvements it has already brought to the southern edge of the city.

“People tell me they feel like they can walk around the area there now, and that’s true regardless of income level,” Walker said. “People hated the fact that their kids had to walk down those streets because it was just a mess. It was a crime-infested area. Now people are stopping to get food, instead of getting through the area as fast as possible.”