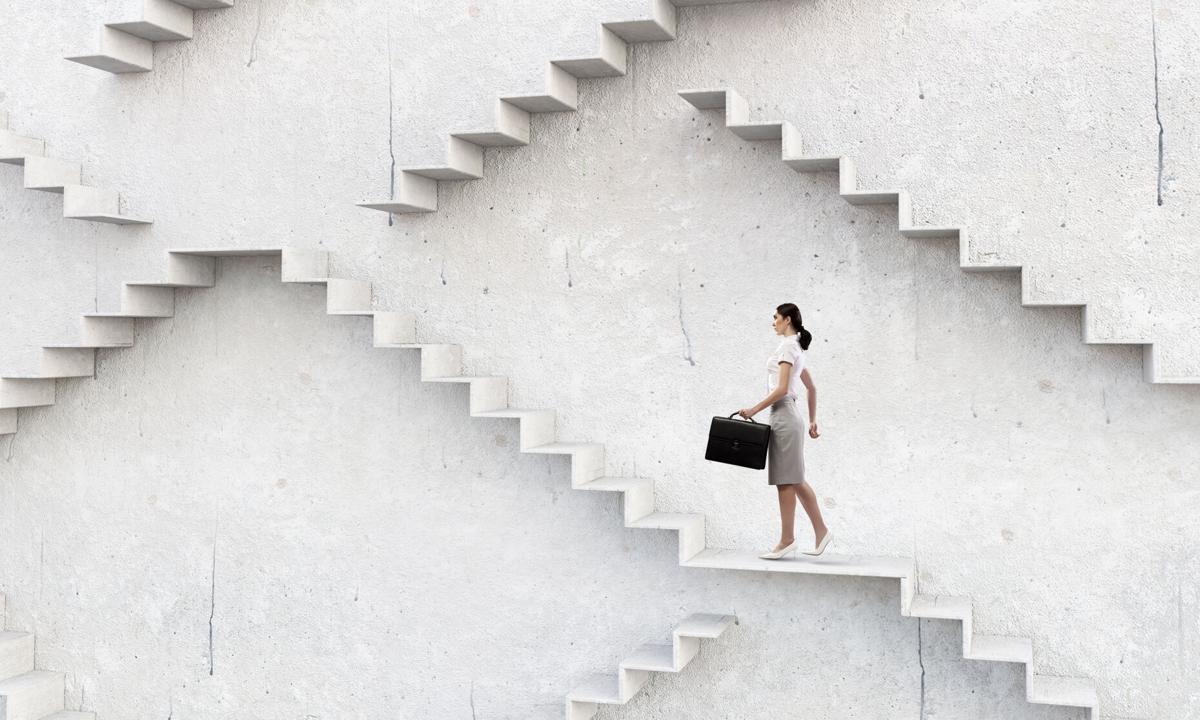 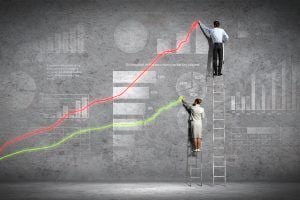 Colorado Springs is the nation’s worst city for women working in tech, according to a new study by fintech firm SmartAsset.

The Springs (No. 58) trails Denver (No. 15) and Aurora (No. 26) in the fifth annual “Best Cities for Women in Tech” report, which ranked cities based on Census Bureau data for gender pay gap, income after housing costs, women as a percentage of the tech workforce, and four-year tech employment growth.

Dropping from No. 54 in 2018 and No. 27 in 2017, the city lagged far behind top-ranking Washington, D.C. (where women in the tech workforce are paid 95 percent of what men earn, and make up nearly 39 percent of the tech workforce), Baltimore, Md., Philadelphia, Pa., and Houston, Texas.

Colorado Springs is more accustomed to topping lists — U.S. News & World Report’s Most Desirable Place to Live 2018, Brookings’ Fastest Growing City for Millennials, No. 1 in fDi Intelligence’s Mid-Sized American Cities for Human Capital and Lifestyle rankings, to name a few. To build a picture of why there’s no No. 1 on the horizon for women in tech, and what can be done about it, the Business Journal spoke with AJ Smith, SmartAsset’s VP of financial education, who oversaw the research; Colorado Springs Chamber & EDC President and CEO Dirk Draper; Rim Technologies CEO and Michelle’s Makery founder Sara Kinney; and Colorado Springs School District 11 cybersecurity instructor Bill Tomeo, who built the district’s Cyber Security & IT Career Pathway.

Look at the numbers

Colorado Springs scored particularly poorly on gender pay gap and women as a percentage of the tech workforce, Smith said. Colorado Springs had the third-largest pay gap on the list, with women in tech jobs earning about 73 percent of what men make, compared with a national average of 84 percent.

“And the number of tech jobs filled by women is very small — in fact the second-lowest of the 58 cities that we looked at, at 19.9 percent,” Smith said. “Those are two metrics where Colorado Springs scored the worst, that could see improvement in future years.”

SmartAsset researchers looked at the data, not at the actions cities are taking, Smith said, but she emphasized that “on a citywide, industrywide and companywide basis it can be helpful to look at the numbers. You may hear stories: ‘We have a lot more women around the office,’ or ‘I talk to a lot more women who are in tech.’ But looking at the numbers really helps you see where you are.”

Not a good surprise

“I was surprised to see this ranking, for us as a community,” Draper said. “My experience is executives in the industry locally are mindful of women in STEM careers; are mindful of opportunities; and as I visit companies in the community, women in [the tech] workforce, for example, appears to be much higher than the 20 percent that’s identified in this report.

“The senior executives that I know typically are men,” he added, “so maybe there’s some basis to this ranking. But I know that there is awareness in specific companies as well. A conversation I had with [CEO] Conor McCluskey at [email marketing company] BombBomb the week before last, he was [saying] there they have a program with diversity and inclusion, to ensure that women and minorities are recruited, are incorporated, are considered, and really folded into the company very carefully.

“I think of companies like Insurance Technologies where Tammy Shuminsky is one of the leaders at the firm. So I know that there are opportunities and there are companies that take it seriously.”

Kinney said the study “seems to accurately reflect the current environment” for women.

“It’s encouraging to see metrics are being tracked,” she said via email, from Washington, D.C. “We must first recognize there is a problem in Colorado Springs for women in tech. It is positive we’re looking at the gender gap issue mathematically and tracking what real women in our community are experiencing. It would be interesting if we could ask those women in the study what specifically would help them move forward.

“People at the heart of a challenge have the best insight into how to fix it, so what is most relevant for women? Transparent pay scales? Mentorship? Advocacy? Flexibility? Lower education costs or quality affordable child care? Reducing barriers and changing culture takes individuals, community and business leaders planning and acting — empowered with this information that disparities do in fact exist here.”

Pay gap is complex, Kinney said, because it’s a symptom of challenges that require not only community action, but “individual action to support and respect women in the educational environment and in the workplace.

“Today, with about 25 other engineers at a modeling and simulation program meeting, I am the only woman sitting in a room on a billion-dollar development project,” she said. “It’s hard not to think these stats are real. I live in them every day.”

Kinney said in her work with women seeking tech roles, she’s seen that security clearance sponsorship can be a barrier to achieving higher pay, because “a large portion of our higher level positions are driven by [Department of Defense] work.

“Clearances have long wait times and jobs often require an active clearance rather than an interim clearance to get started. Those with prior military service have an advantage and women represent a significantly smaller percent of veterans,” she said. “A lot of smart and qualified women are screened out prior to the interview. Seeking out internships offering sponsorship for a clearance early in a young women’s career can elevate the opportunities she is eligible to apply to for many of those important entry roles in tech.”

Kinney said for women who have children, “re-entry to this market can be tough.”

Some clearances expire immediately, while others expire after only two years, she said. And while negotiating with supervisors to make a plan to work part time is rare, it’s “a strategic move women should consider trying for if stepping away to have children.”

To preserve their salary, women should also keep current on advances in their tech field through networking and reading, she said, and build a strategy to keep employment eligibility, like clearances or certifications, until they return to full-time work.

“It’s hard not to think
these stats are real.
I live in them every day.”
— Sara kinney

“In a healthy market environment, creation of business value should be reflected equally in the salaries of workers of different genders and races,” Kinney said. “That’s not what we are seeing today in Colorado Springs.

“These results present an opportunity for Colorado Springs to do better and I’m optimistic women will find a way forward. I believe in us.”

Tomeo said he emphasizes efforts to boost the number of women in the cyber workforce through the Cyber Security Career Pathway — and classroom environment, leadership opportunities and promoting cyber careers are critical elements.

“With cyber in particular we’ve got to go beyond just the narrow technical side when it comes to career opportunities, particularly for women and underserved populations,” he said. “It’s really easy to get into the traditional view that this is an environment for geeks, or white males only.”

Part of the challenge in secondary schools is maintaining an environment that attracts girls, Tomeo said, pointing to studies showing classroom dynamics steer girls away from math, science and tech classes.

“And the teacher flat-out has to deal with that and make sure … everybody has the opportunity and you don’t end up with this dynamic of the boys being the boys’ club and dominating the conversation,” he said.

“I just had a case about three weeks ago where [students] were supposed to be working as a team and next thing, I see isolation going on,” he said. “So I got them all together and said, ‘Here’s my observation. Look at what’s going on here: This is exactly what goes on in a workplace when it comes to women in a workplace feeling like they’re not valued as much as the dynamics of the male conversation … Do you think we’re operating as a team to the level we could?’

“And everyone agreed; they could see what’s going on. It wasn’t about trying to beat them over the head for not doing it; it was more pointing out, ‘Look, this is how the environment starts to go. And if you guys aren’t responsible for changing the pattern, it’s never going to change.’”

Tomeo said he sees a positive future for women in tech in the Springs: Businesses, nonprofits and educational institutions are working together to expand opportunities for young women, and companies are interested in building diversity. In cyber and tech, “we have a growing career market opportunity here,” he said. “If I look at the view of the companies that we’ve talked to, they want to get more women in the workforce. This is on their radar screen.”

Draper said he doesn’t have any theories about what underlies the city’s poor rankings for gender pay gap and women in tech jobs.

“Again, these findings were a surprise to me and I would have to talk to the companies directly to understand what they’re seeing in the workforce and whether it rings true for their firms,” he said.

“I think it’s very important that [this report] raises the issue and raises a concern for us as a community to be aware of this, evaluate its accuracy and act to improve on our rankings,” he added. “I know as I look around I think Colorado Springs as a community, there are many women in leadership positions — and it may be just that this industry is underrepresented in that regard.”

Go to smartasset.com/checking-account/the-best-cities-for-women-in-tech-in-2019 to see the full report.