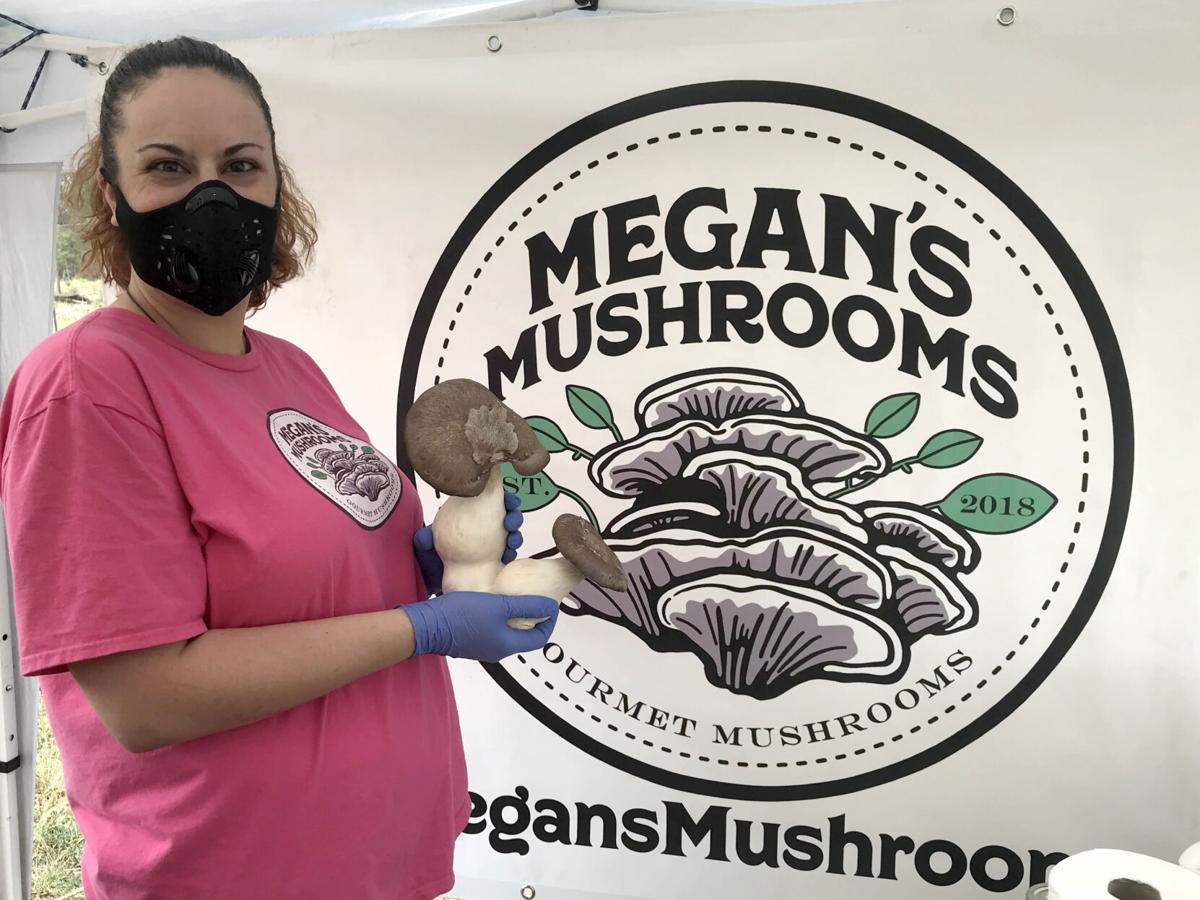 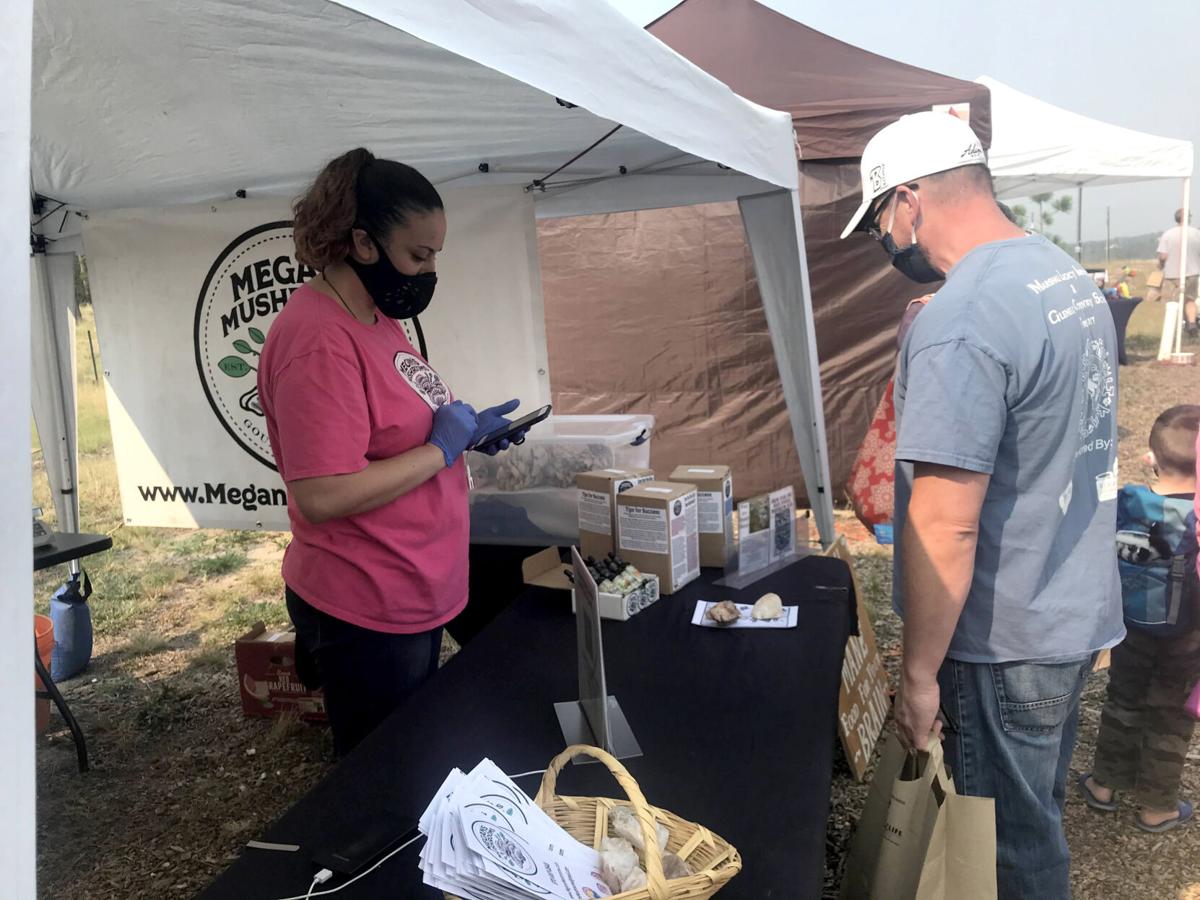 The COVID-19 pandemic has dealt a significant blow to local small businesses that rely on walk-in traffic.

In Manitou Springs, the reduction in summer tourists kept thousands of visitors — and potential purchases — out of the city this year.

Becca Sickbert, executive director of the Manitou Springs Creative District, said it “came as no surprise” that the city’s tourism-dependent businesses were reporting a significant loss in revenue.

“So we started thinking about, ‘Well, if we can’t welcome people to our town physically, how can we make that happen in a virtual place?’” Sickbert said.

According to a survey of local businesses, Sickbert said 85 percent reported having a website, but only about half of those were equipped to sell products online.

So the MSCD recently partnered with the Manitou Springs Chamber of Commerce and Visitors Bureau & Office of Economic Development to create a multivendor digital marketplace that will showcase the people, places and products that are unique to Manitou Springs.

Using funds from the Coronavirus Aid, Relief, and Economic Security Act, the new platform, manitoumade.com, is being built. Once it’s finished (expected sometime this fall) it will promote Manitou businesses, creatives and culture and also offer digital marketing and e-commerce classes for online selling.

In Colorado Springs, businesses have faced similar revenue challenges during the pandemic because of closures, capacity restrictions and other disruptions to day-to-day operations.

But many have been buoyed by their online marketplaces and some have said they’ve seen robust community support since their businesses reopened.

Bread & Butter Neighborhood Market was not yet in business when much of Colorado was shut down early in the pandemic — the Downtown grocer opened Sept. 11. But owners Stacy Poore and Aubrey Day said they wanted to use the space to showcase as many local products as possible, which Poore said fits with their core belief that “community happens around food.”

“And we’re a small business,” Poore said. “So it just makes sense for us to support one another.”

Bread & Butter, which has a small liquor store in addition to its grocery offerings, features produce from Colorado farms, spirits from local distilleries, and prepared foods from Colorado Springs caterers and restaurants like Mission Catering, the French Kitchen, The Sourdough Boulangerie, Mountain Pie CO, and several more.

Because Bread & Butter does not sell many products from national companies, Poore said it’s difficult to compare sales between local and non-local goods, but noted the local products have been selling “really well” since the market’s opening.

“Customers have really taken to their products,” Poore said. “People really appreciate and like to find something a little unique or something they can’t find at the big-box stores. And people are super engaged in the missions of these organizations, so their responses have been really positive.”

Because small businesses typically have fewer resources than their corporate competitors, their production costs are often higher, leading to higher costs for the consumer. But Poore said those higher prices have not deterred Bread & Butter customers from purchasing local goods.

Megan and Josh Deaton, owners of Springs-based gourmet mushroom company Megan’s Mushrooms, said their business is having a banner year despite the pandemic.

The majority of Megan’s Mushrooms products — which include Lion’s Mane, King Trumpet and Blue Oyster mushrooms — are sold at local farmers markets, but they also take delivery orders online and have a partnership with a Denver’s GrowHaus that distributes their mushrooms along with other locally grown foods.

A major part of the Deatons’ 2020 business plan was to hit as many farmers markets as possible, ideally five or six per week in the summer.

But all of that changed with the arrival of COVID-19.

“Our business plan and our goals have pretty much done a 180 since February,” Megan Deaton said.

As soon as the pandemic hit, the Deatons saw a massive increase in delivery requests, especially after advertising their contactless delivery services. And rather than participating in as many farmers markets as possible, they decided to limit their exposure and be more selective with the markets they do attend.

But even after cutting back on farmers markets, business has been booming. It’s overall revenue is

And while the growth they’ve seen still falls short of their 2020 projections with their new capacity — Josh Deaton said last year they produced between 5 and 10 pounds of mushrooms each week, compared to 150 to 200 pounds a week this year — Megan Deaton said the business has been doing “really well” overall.

Sales have been stronger than ever at the farmers markets they do attend and the business has been able to supplement its revenue with online sales — primarily through do-it-yourself mushroom-growing kits and healthy mushroom tinctures as people have become more health conscious and activity-driven during the pandemic.

Josh Deaton said one of the keys to this year’s successes has been the company’s adaptability during the crisis.

“[The pandemic] has slowed down the growth process, but it also made the growth a little more stable, in some aspects,” Josh Deaton said. “We’ve diversified quite a bit … and I think being flexible has been the biggest thing. Because with businesses, especially small business, if you’re not flexible it’s extremely hard to make it in this ever-changing world.”

Tasting rooms for the craft gin distillery Lee Spirits Company in Colorado Springs and Monument were forced to shut down during the state’s stay-at-home order.

But since they’ve reopened, Nick Lee, co-founder of the company, said business has been going well despite the current capacity restrictions.

“Obviously we’re not doing as much business as we had when we were full capacity, but we’ve seen a huge demand of people making reservations and coming in for cocktails. It’s been great,” Lee said.

The distillery’s products are sold in Colorado through Republic National Distributing Company, and are featured in bars, restaurants and liquor stores, which Lee said has given their customers a way to purchase products even while tasting rooms were shut down.

Though the business missed out on substantial revenue during the closure, the “off-premise” portion of their business — mostly liquor store sales — has actually increased this year.

“It’s kind of counterintuitive, but the spirits industry overall is seeing growth in the retail sector. I guess people, since they can’t go out, have been drinking at home more,” Lee said. “We’re still down [in revenue] overall, but it’s not as extreme as it would have been. We’re only slightly down for the year.”

In February, right before the pandemic hit the United States, Lee launched a new line of ready-to-drink canned cocktails which have taken off in recent months.

“We had no idea what to expect from those products but they have been just an incredible, incredible success for us,” Lee said. “So we’ve learned that, pandemic or not, we’ve definitely hit a nerve there with those products. And we’ve used this time to kind of incubate and we’ve got two new flavors that are launching [the week of Sept. 21.] So we kind of lucked out that we started this at the same time that retail sales increased.”

Rocky Mountain Soap Market supplies its soaps to about 42 Safeway grocery stores along the Front Range and that revenue stream remained intact.

“In those aspects [business] was actually really good,” Puleo said.

During the stay-at-home order, Puleo said the company’s Downtown storefront was closed for about five weeks before finally reopening on May 1, under capacity restrictions.

The prolonged closure did cause significant revenue losses for the business, Puleo said, but since reopening, traffic in the store has been practically “nonstop.”

“It’s been a wonderful summer, actually,” Puleo said. “People know we were closed for so long … and I think Downtown Colorado Springs has its own little niche and so many supporters that the local customers could not wait to come down and support local.”

The store seems to have weathered the worst of the pandemic’s economic disruption so far, but Puleo said it hasn’t all been positive and the store’s future is unclear.

Have you voted yet?