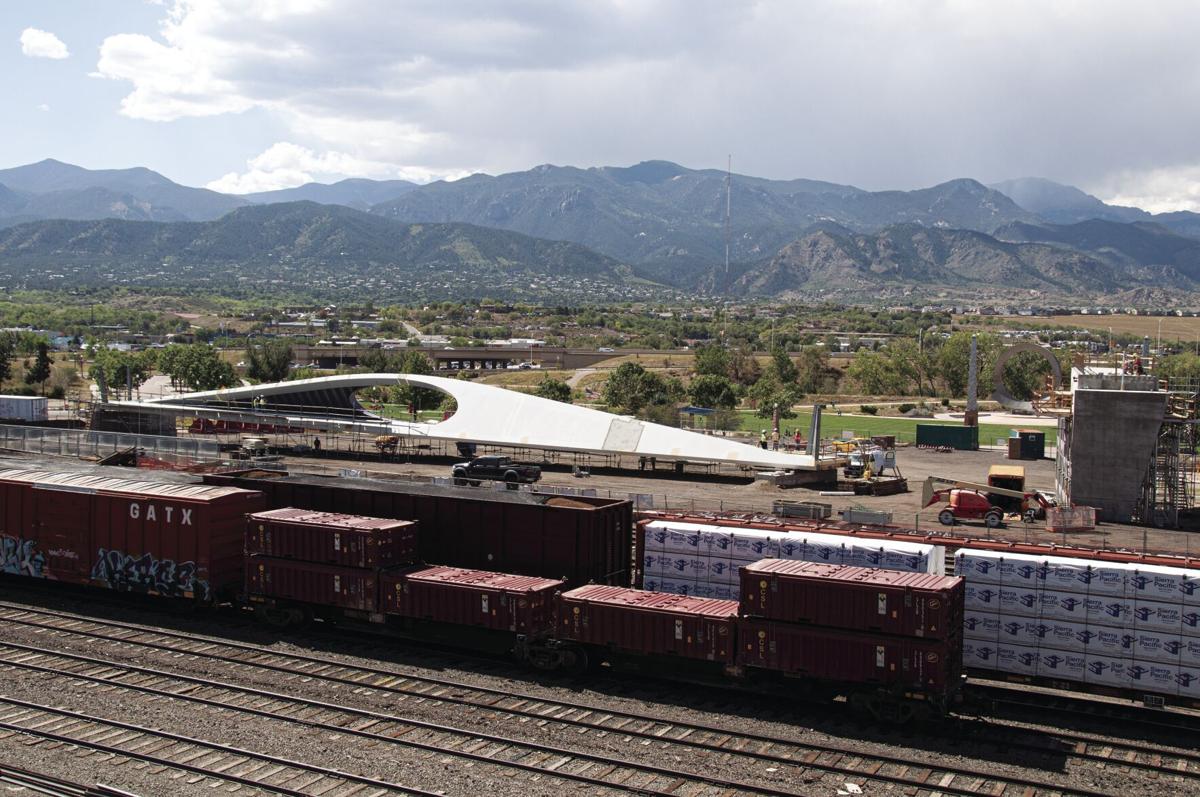 The city is expecting $2 billion in investment over the next 20 years — and financial tools such as special districts, urban renewal authorities and opportunity zones help get these huge projects to the finish line. 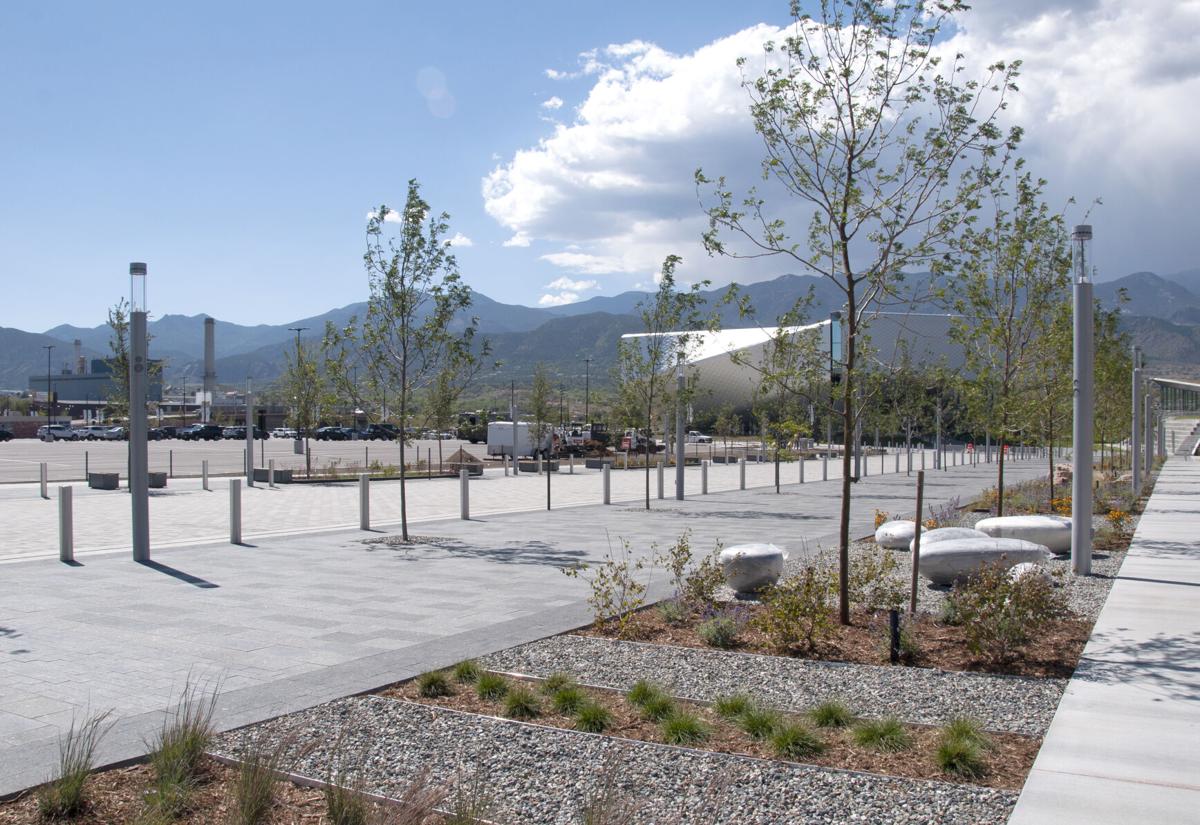 Special districts make up a significant portion of property surrounding the Olympic & Paralympic Museum and Hall of Fame. 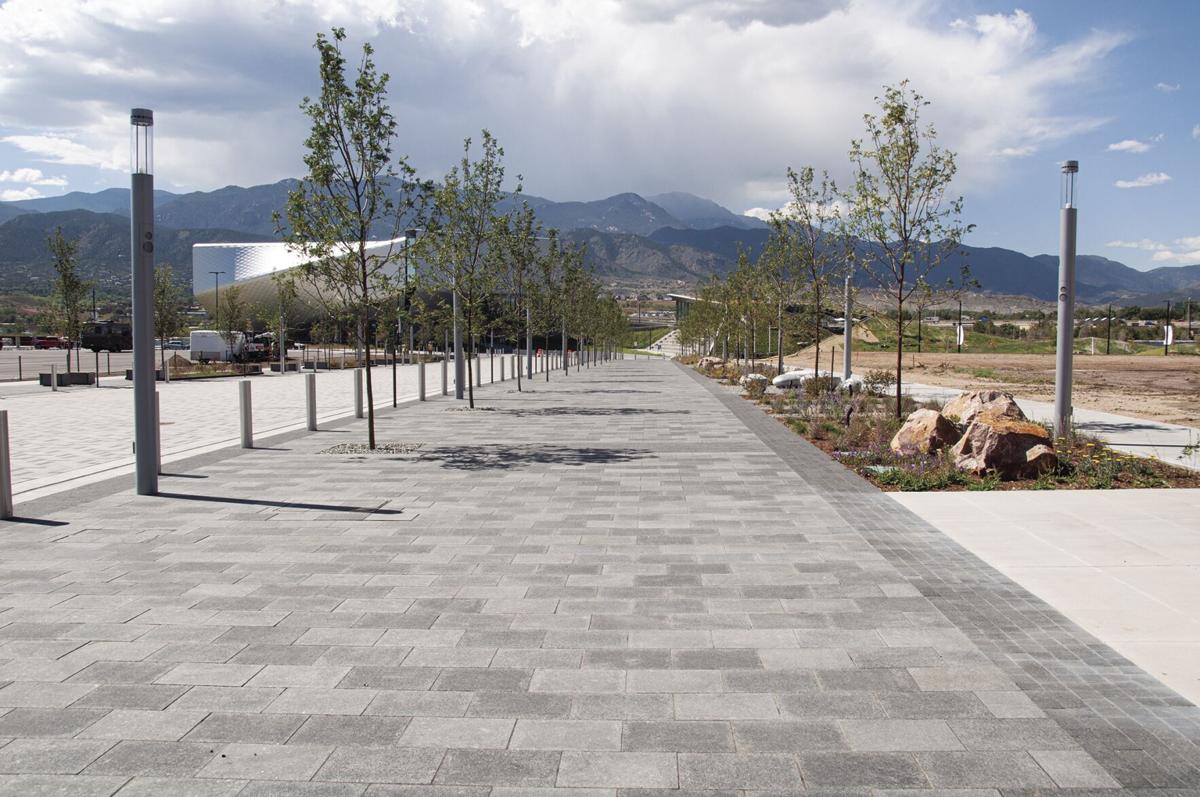 Southwest Colorado Springs is undergoing a remarkable transformation, and it’s not just the gleaming U.S. Olympic & Paralympic Museum and Hall of Fame and the soon-to-be completed Downtown stadium.

The groundwork has been laid for a projected $2 billion in investment over the next 20 years that will see dilapidated industrial buildings replaced by a new neighborhood of residences, shops, hotels and office buildings.

That groundwork ranges from utilities and stormwater drainage to streetscapes, sidewalks and amenities like landscaping intended to make the area a desirable place for people to live, work and play and for investors to bring in new enterprises.

Were it not for financial tools such as special districts, urban renewal authorities and opportunity zones, many huge development projects would never get off the ground.

“It takes a host of different funding sources to fund public infrastructure,” said Jeff Finn, vice president of Nor’wood Development Group, master developer of the 82 acres surrounding the museum and stadium. “These tools are essential to be able to do what needs to be done in this kind of large-scale, urban infill redevelopment effort.

“The other option,” Finn said, “is that you raise everyone’s taxes to pay for this stuff. That’s how other cities do it — that’s why San Francisco and a lot of West Coast cities are drowning in taxes.”

Funding sources such as business improvement and metro districts, URAs and other mechanisms such as the Downtown Development Authority help generate the revenue that is needed to build and maintain improvements, attract residents and transform blighted areas.

“Our city has always grown kind of horizontally,” Finn said. “Now, as we fold back in and do more infill projects, I think these kinds of tools are great mechanisms to allow public infrastructure to be created by and funded by the people who are going to benefit from them most.

According to the city’s planning and development department, Colorado Springs has more than 100 special financing districts, most of which collect property taxes for debt service, maintenance costs and administrative costs.

Business improvement districts have two primary functions: to provide a financing mechanism for capital costs of building infrastructure and to cover ongoing maintenance of roads, sidewalks, drainage, utilities and the like, Cope said.

“Typically a developer will form a business improvement district, which will include property the developer owns, and additional property owners will agree to join the district,” he said. “A mill levy is voluntarily placed on those properties. That additional property tax can be used to issue bonds to build infrastructure and pay them off over time.”

In essence, Cope said, BIDs are property owners taxing themselves as a way to make development pay for itself.

BIDs are for commercial uses, while metro districts apply to residential property such as multifamily apartments, Cope said.

“They work essentially the same way: A mill levy is imposed on the property and the additional property tax can be used as a revenue stream to issue bonds for infrastructure,” he said.

BIDs and metro districts can overlap or coincide, but property owners pay one or the other, not both.

One BID and two metro districts are located within the Museum and Park URA, which surrounds the Olympic facility and America the Beautiful Park.

URA designation allows a developer to collect a property tax increment to help fund a project.

“When the URA is formed, there is a certain assessed valuation of the existing property on which property taxes are already being paid,” Cope said. “That level continues to get paid to all the taxing jurisdictions — the city, county, schools and library district will continue to receive those taxes.”

As new property is built within the urban renewal zone, “you get additional excess valuation that is going to generate more tax revenue,” he said. “That additional revenue goes to the URA to help fund the project, including infrastructure and public improvements.”

The mechanism, known as tax increment financing, helps a developer assure bond investors that it will have a steady revenue stream to pay the bond indebtedness.

“It is a win for the city as well,” Cope said, because it shares in the incremental revenue. Spinoff benefits from job creation and tax revenue generated from employee spending trickle through the economy.”

The URA also will get a portion of the sales tax increment that will be created as new businesses open.

Opportunity zones were created by the Tax Cuts and Jobs Act in 2017.

“The overall goal of opportunity zones is to draw long-term, private investment for projects of businesses in low-income areas” through federal tax incentives, said Chelsea Gaylord, senior economic development specialist for the city of Colorado Springs.

The U.S. Department of the Treasury has designated eight opportunity zones in the Pikes Peak region, two of which are in southwest Downtown.

“The key pieces of how these work are all driven by capital gains,” Gaylord said. Within 180 days after the sale of property or stock, sellers can put the gains into an opportunity fund.

“Developers can create their own fund, and they can raise capital gains from investors to help them build their project,” Gaylord said. Investors benefit by deferring taxes on the gains for five years, at which time their capital gains taxes can be reduced, In addition, investors may be exempt from gains taxes when they exit from the investment if they have held the investment for at least 10 years.

Opportunity zone funding is a tool that helps developers fill potential funding gaps for a project.

“It’s designed to facilitate building the capital stack for the project,” Gaylord said. “They can set up a fund and go talk to potential investors that have capital gains, and then the fund can make investments in business property for the development project. That can be anything from the building materials for a hotel to the equipment they need.”

“As southwest Downtown looks at bringing in new companies, businesses might be able to use this tool if they’re looking for equity investment,” she said. “From the infrastructure side, as the area is being developed, there might also be opportunities for federal grant funding within opportunity zones.”

Downtown development authorities, another funding tool established by state statute, are intended to help create thriving downtowns that are essential to the economic health of a city.

Developers of projects in downtown areas face hurdles that developers in outlying areas don’t have to deal with, said Susan Edmondson, president and CEO of the Downtown Partnership. Those hurdles include aging infrastructure, higher costs and the challenge of assembling parcels in the urban core.

Colorado Springs’ Downtown Development Authority was created by a vote of Downtown property owners in 2006 who agreed to tax themselves to provide services and activities to foster economic development Downtown, Edmondson said.

Among the projects that have been made possible partly by using TIF financing are Blue Dot Place, 333 ECO, the Mae on Cascade and Casa Mundi, she said.

Southwest Downtown is within the boundaries of the DDA, Edmondson said, but it overlays the Museum and Park URA.

Because the TIF funding for infrastructure improvements in the city’s southwest is being generated through the URA and can’t be duplicated by another entity, “the role of the DDA will be a little bit different there,” she said. “Much of the work of the DDA is marketing and promotion for Downtown. We will be supporting marketing and promoting both the museum and all of the new development that will occur in that area and activities that take place in America the Beautiful Park.”

Without Colorado Springs’ Downtown Development Authority, there might not have even been a U.S. Olympic & Paralympic Museum in Southwest Downtown, Edmondson said.

The authority provided a $50,000 grant, matched by El Pomar Foundation, to study the feasibility of the museum. That study eventually led to what became the City for Champions suite of projects. The DDA also contributed to the capital campaign to build the museum.

Now, with infrastructure in place and the museum open, “Southwest Downtown is ripe for development,” Finn said.

The Southwest Downtown Business Improvement District consists of much of the area around the museum, Cope said.

“They have placed a mill levy on those properties in the district,” he said. “That revenue can be used to pay the bond debt that is funding the improvements to Vermijo and Sierra Madre streets and the pedestrian bridge” that will span the railroad tracks and connect the museum to America the Beautiful Park.

For more than 100 years, southwest Downtown was the industrial quadrant of the city.

“We had public sanitary sewer lines that were running through the middle of blocks,” Finn said. “We had no stormwater infrastructure — every time it rained, it flooded down where the Olympic Museum is. There were no streetlights, no sidewalks. The asphalt was crumbling; the buildings were blighted. It was a kind of a forgotten quadrant of our Downtown, and the city wasn’t investing any money in it.”

Most people are unaware that “the city is not in the business of building roads, and [Colorado Springs Utilities] doesn’t come in and do major infrastructure overhauls,” Finn said. “That’s typically a developer responsibility.”

The reconstitution of Vermijo and Sierra Madre, stormwater and utility infrastructure and abatement of blighted conditions is a $56 million effort, Finn said.

Funds from the $120.5 million City for Champions award and the Pikes Peak Rural Transportation Authority helped to pay for some of the fundamental infrastructure improvements and the pedestrian bridge. The city is providing no money from its general fund.

But $30.5 million is being funded through the BID, including the extras like the decorative pavers, enhanced landscaping and LED lighting on Vermijo Avenue that make it an enticing corridor leading to the museum.

“That really is money we’ve advanced because there is nothing yet that’s creating revenue,” Finn said. “We as a developer are at risk, and the only way we get paid back is if we build something.”

Nor’wood envisions about 5.2 million square feet of mixed-use development in southwest Downtown. Phase 1 will include a 240-room luxury hotel on Vermijo Avenue across from the museum, a five-story office building with ground-floor retail space on Sierra Madre and a 185-unit apartment and condo project on Cimino Drive overlooking the park.

Now that the vision for southwest Downtown is taking shape on the ground, rather than just in renderings, “you’ve got a totally different value proposition,” Finn said.

“We’ve spent the money for improvements, and now we’re working to bring investment in and have this particular 82-acre area be attractive to investment, whether that’s our investment or outside investment,” Finn said. “We are in active conversations, with more coming soon.”