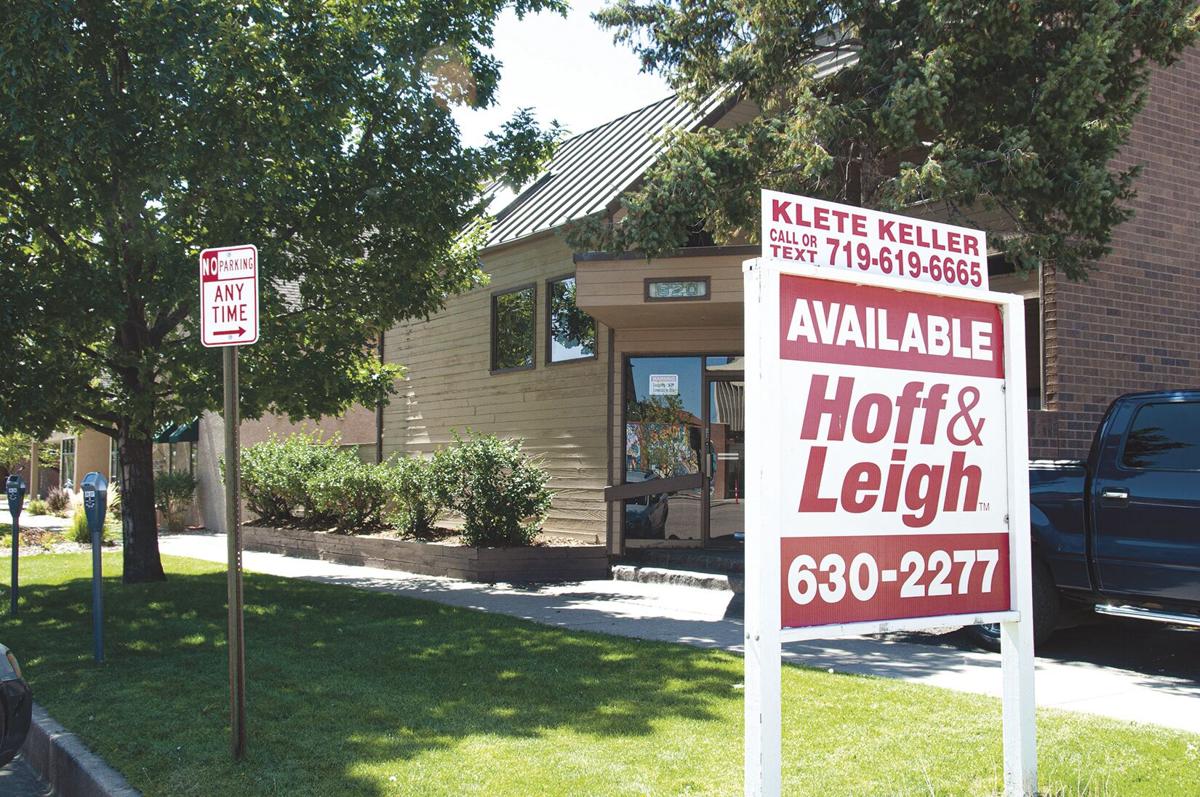 The office market has softened, but tenants mostly are staying put. 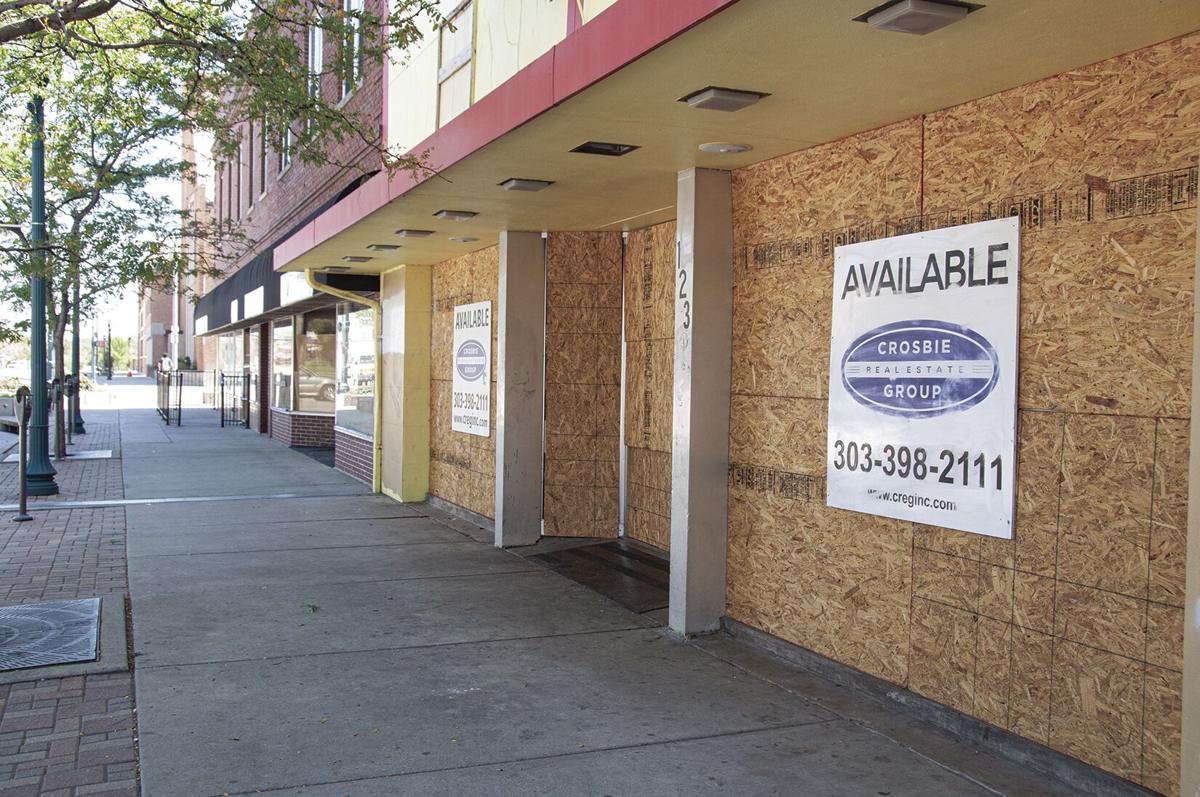 Commercial real estate brokers in Colorado Springs are seeing slowdowns in some segments of the market, but that’s offset by gains in other sectors.

Even with the ups and downs, brokers say that prices per square foot haven’t changed much since pre-COVID-19 days.

Unlike the last downturn, “this one hasn’t so far affected every asset class,” said Holly Trinidad, owner and managing broker at Hoff & Leigh. “It’s really asset-specific versus commercial real estate as a whole.”

Hospitality properties have dropped precipitously, and “they’re going to continue to be way down until some of the restrictions are fully released,” Trinidad said.

The retail side of commercial real estate also has slowed down considerably, she said.

The office market also has softened a bit, Trinidad said, although office leasing has remained fairly steady. With many people working from home, “there just aren’t as many people looking for office space.”

Student housing is another area that has been directly impacted by the pandemic, she said.

“For a while, we saw a dip in senior housing because investors were afraid to buy senior housing, for obvious reasons,” she said. “That has seemed to pick back up a little bit.”

The industrial sector, however, “hasn’t skipped a beat,” she said. “It continues to be very strong, and I don’t anticipate that slowing down due to COVID. In fact, it’s really only made the market even stronger, because we’re seeing a lot more activity on internet purchases. As a result of that, we’re seeing more industrial users needing space.”

The pandemic has caused property and business owners to rethink their strategy when it comes to space.

Landlords who own retail space are trying to find ways to keep their tenants, even though some have missed rental payments.

“On the office side, office users are going to think a little bit more strategically about how much space they need and how they want to maximize their space,” Trinidad said.

“What actually might happen is that they’ll change how much square footage each employee needs to have,” she said. “So you could actually see office users needing more space because they want to be able to socially distance.”

“Burger King is one of these businesses that said, ‘OK, we’ve got to figure out how we’re going to operate at 50 percent capacity,’ or whatever that capacity is,” she said.

Many Burger King restaurants are looking at a drive-thru model and eliminating in-store dining.

“You know, that’s what Americans do,” Trinidad said. “Something comes along that’s problematic, and they figure out how to operate under the new set of rules, and they march forward. And I think that’s what most businesses are doing right now.”

COVID-19 has been “a perfect storm for some businesses,” causing them to have to shut their doors, Trinidad said.

“I think that’s what we’re going to see in the retail market,” she said. “Retail lease rates were so high that we were due for a reset. We haven’t seen those prices drop yet, but eventually, when there aren’t enough users out looking, prices will start to tick down. I think we’ll see that in the next six to nine months.”

But in other asset classes, prices have remained stable, and Trinidad is expecting them to remain so.

“I don’t think we’re going to see a dip in pricing in industrial whatsoever,” she said. Because of the demand for multifamily housing, she doesn’t expect that segment to slow, at least in Colorado Springs.

“There’ll definitely be businesses downsizing, but there also will be businesses that will need more space,” she said. “It’s just too early to tell exactly how that’s going to play out.”

The Colorado Springs market may be less roiled by COVID-19 than in other cities, like San Francisco, where many businesses remain shut down, Trinidad said.

In addition, “Colorado Springs is somewhat insulated … because we have the military,” she said.

Weldon Shaver, a commercial broker with Weichert Realtors Pikes Peak Group, said the sale of land for development purposes has not been affected by the pandemic.

“You’re seeing developments and land being purchased and new centers coming up all over the North and Eastside of town,” as well as Downtown,” Shaver said.

“Some of the redevelopment that was going to happen along Academy Boulevard has slowed down,” he said. “But you’re seeing a lot of activity Downtown. Those projects were in the pipeline several years ago, so they’re just now moving forward with what they’ve already planned to do.”

Some retail spaces have been vacated, “but there are people coming in to backfill some of the retail spaces,” he said. “I’m not sure if that’s the case with office space, because there’s still so much uncertainty as to when things are going to open back up.”

Shaver said there isn’t a lot of Class A office space in Colorado Springs like the 50- to 60-story buildings one finds in big cities like New York, Chicago and Denver.

“What we would consider Class A in Colorado Springs would be the Wells Fargo building and Alamo Plaza Downtown,” he said.

“I think we’re going to see depression in the Class A market,” he said. “A lot of big companies are going to rethink their business plan and downsize either when their lease comes up or even before. … Even big-box retailers are really looking at, ‘We really need to have more of an online presence, and maybe people come pick stuff up as opposed to what we traditionally do.’ We just don’t know yet. I think it’s too soon to tell.”

The defense and health care industries appear to be weathering the COVID storm best.

“In fact, if anything, they’re growing” and might be looking at increasing their footprints, Shaver said.

“The new retail that is being built off Interquest [Parkway] and Powers Boulevard and areas like that — their prices are still fairly high in the marketplace,” he said. “But if you go into some of the little strip malls around town, they’re probably going to have their prices compressed a bit.”

That applies as well to Class B office properties — the older, smaller properties that dot the northeast and east side and in small pockets around housing areas.

Even where demand has grown, such as for industrial property, “I haven’t seen the prices change that much,” Shaver said.

Shaver, who specializes in Class B office and industrial properties, pointed out that there are different types of commercial leases. A gross lease includes utilities, while a triple-net lease consists of a base rate plus a portion of expenses on the building. The amount a tenant pays depends on how much common area they share and how much maintenance the building requires.

Current average price figures are hard to come by, but Shaver said that, in his experience, Class B office space with a triple-net lease rents for around $12 to $14 per square foot.

“They’re just trying to see if the concessions that landlords gave them in April, May and June are going to be sufficient to see them come out of this on the other side,” Nease said.

Many landlords realize that they and their tenants are in the same boat and are working together to stay afloat.

“Landlords have gotten creative,” he said. They’ve offered to defer or reduce rents for a few months and have tenants pay back what is owed on their leases over the next 12 months or starting in 2021, or they’ve added three months onto the back end of the lease.

In some cases, he said, landlords have forgiven those three months or leveraged the tenant’s deferred-rent request as a negotiating tool to leverage a renewal.

“They use that opportunity to say, ‘Let’s talk about renewing for five years,’” he said.

“All of my properties are full, for the most part,” he said.

Just as landlords have worked with tenants, lenders have been willing to work with landlords.

“They’ve all seemed to be willing to give some concessions, knowing that the long-term relationships are more valuable than a couple months of difficulty,” Nease said.

I think that’s the case from the lenders to the landlords to the tenants.

“It seems like most landlords and tenants have weathered through those three months of uncertainty,” he said. “Their resolve is such that they’re going to survive. These tenants and landlords, they’re going to figure it out.”