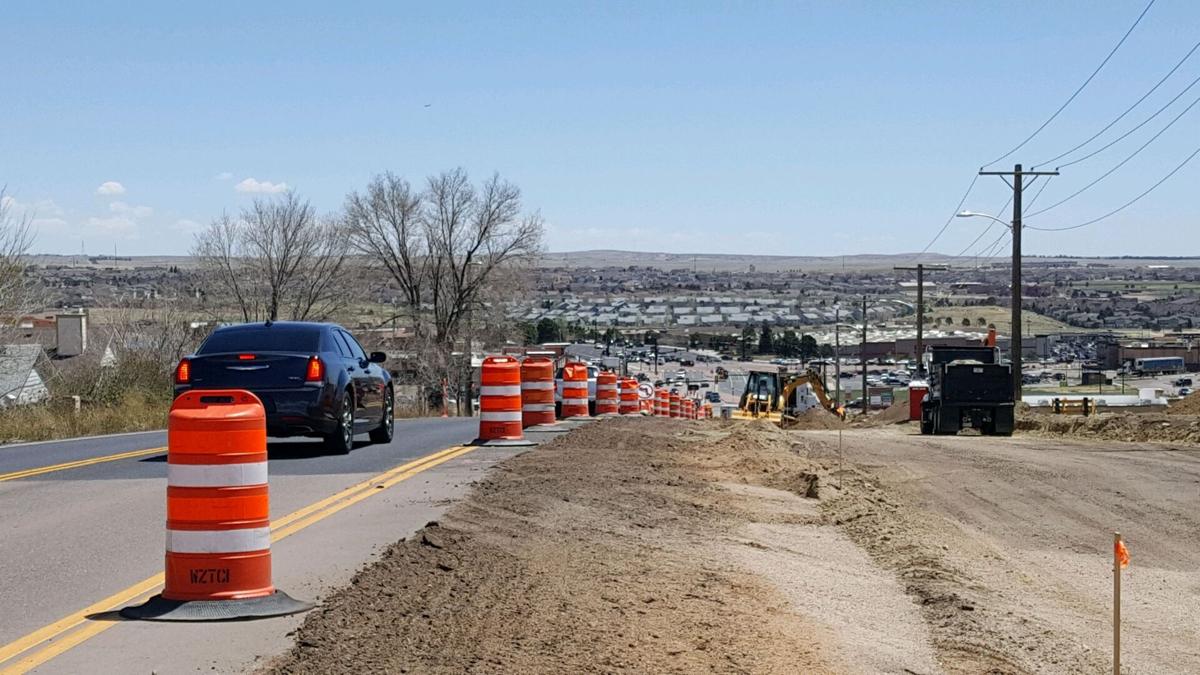 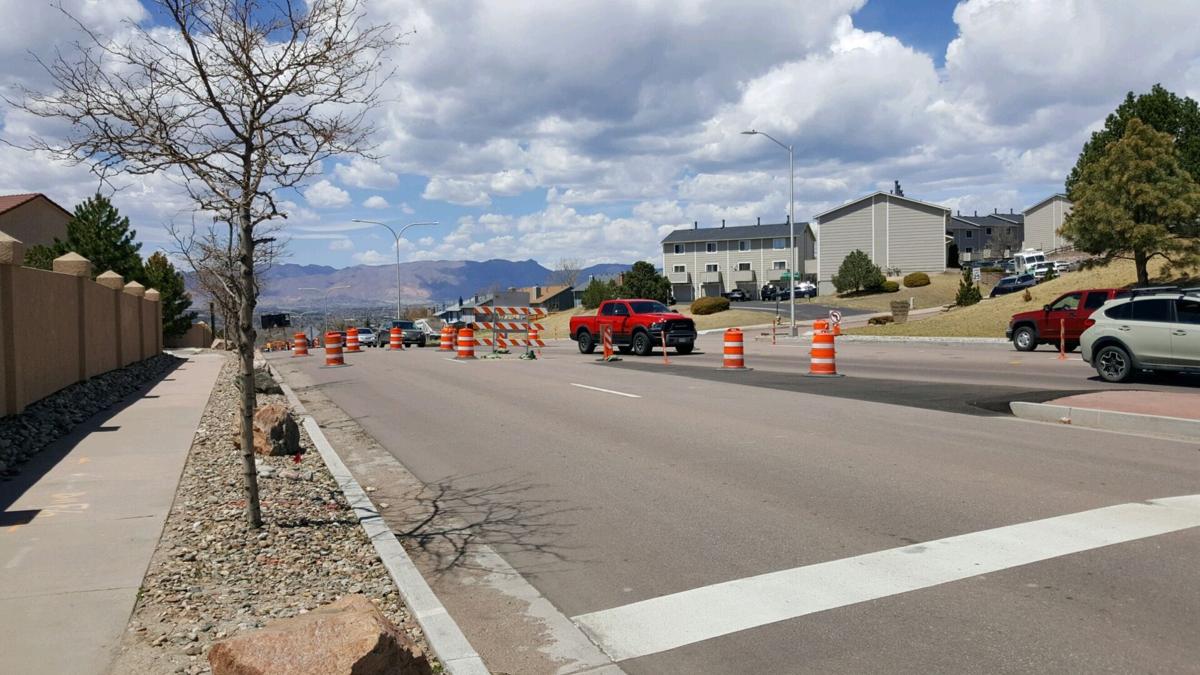 The COVID-19 pandemic has prompted the city of Colorado Springs to shave $20 million from its budget this year. But despite that cutback, cone zones are likely to remain as prolific as ever.

That’s because 2C, the voter-approved road funding sales tax, has yielded more revenue than expected since it went into effect in 2016. Initially forecast to bring in $50 million a year, it’s outperformed those expectations and will give the city a cushion against a drop in tax collections this year, said Public Works Director Travis Easton.

Voters approved 2C with a provision that any excess revenue raised isn’t subject to limits imposed by the Taxpayer’s Bill of Rights.

“The cone zone pain is still there,” he said, “but with that pain does come some progress, and we are going to make our infrastructure better.”

The state’s road funding forecast is more dire, though officials vow that The Gap project on Interstate 25 from Monument to Castle Rock won’t be affected.

The 2C measure, which levies a .62 percent sales tax, was expected to generate $58 million this year, but the city expects a $7 million drop.

“Even with that shortfall,” Easton said, “we are not anticipating any roads that were part of the ballot measure won’t be done.”

That’s because though officials initially predicted 2C would generate $50 million a year, the tax actually drew in roughly $213 million in its first four years. So even if 2020 sees the $7 million decline, the city can still complete all improvement projects promised to voters, Easton said.

About 225 lane miles are scheduled for paving this year, bringing the five-year program total to 1,069 lane miles by year’s end.

Projects facing derailment or a slowdown are those the city hoped to finish with the extra 2C money. It’s worth noting that 2C has since been extended by voters for another five years but at a reduced rate of .57 percent. It’s still forecast to bring in well over $50 million a year in normal years, however.

“We’ve got enough money right now to continue work we’re doing,” Easton said, adding that those projects buoy the construction industry, whose workers “have been blessed with the opportunity to keep working.”

But next year and in 2022, the program might see a slowdown, depending on the revenue picture.

One project planned for 2021 and 2022, which could be delayed, would improve 30th Street between Fontanero Street and Mesa Road.

The city also relies on roughly $40 million from Pikes Peak Rural Transportation Authority, which levies a 1 percent sales tax in the region, and the outlook for PPRTA is unclear due to the pandemic. That’s because sales tax revenues from March, the first month COVID caused business closures, won’t be received until mid-June, said Rick Sonnenburg, PPRTA program manager for the Pikes Peak Area Council of Governments, which helps oversee PPRTA. That’s a month later than usual, because Gov. Jared Polis gave businesses an extra month to convey tax collections to the state, he said.

But revenues from January and February could help offset any shortfall, he said. In those two months PPRTA brought in $16.8 million — $1.2 million more than the same time last year and $2.6 million more than budgeted.

Like 2C, PPRTA’s tax also is exempt from TABOR caps.

“Consequently,” he said, “as of late April we do not have any data from which to project an informed estimate of the downturn in sales tax revenue.”

As for capital, Sonnenburg said the agency stockpiled money in late 2019 and early 2020 to fund construction work now in the design stage. Thus, he’s not expecting much impact from the virus during the 2020 construction season.

Should the economic downturn persist, Easton said projects slated for 2021 and 2022 could suffer delays, including pavement reconstruction of sections of Academy Boulevard south of Bijou Street to Milton Proby Parkway, the Centennial Boulevard extension from Fillmore Street to Fontanero, and the Sand Creek bridge replacement on Platte Avenue.

But for the maintenance budget,Sonnenburg reports the agency “does not have any cushion factors to help it in the event of a significant reduction in revenue.”

As for transit, he said, “We understand that MMT will be receiving special federal funds of at least the annual allotment from the PPRTA,” meaning transit shouldn’t experience money problems.

Because PPRTA fuels transportation budgets of cities and towns, there could be dents in their programs as well. Manitou Springs, for one, will sideline road improvements along Crystal Park and some parking lot maintenance.

Sonnenburg said an estimate of the expected revenue decline will be presented to the agency’s board on May 13.

For the Colorado Department of Transportation, the damage from COVID-19 could be substantial.

During a mid-April Statewide Transportation Advisory Committee meeting, officials described their strategy as “to plan for the worst, and work towards the best.”

At worst, $1.1 billion of the $1.6 billion allocated for road projects in Senate Bill 267, adopted in 2017, would evaporate if the state is unable to access the bond market.

“We are also preparing so that any scenario short of worst-case is one we can execute,” Michelle Peulen, CDOT’s communications manager in Region 2 (southeast Colorado), said in an email.

Problems don’t end with SB-267, she said, but also come from declining revenue from the gas tax, based on gallons used, not price.

“As the economy recovers, people will start to drive more,” he said via email, “but it will be a while before vehicle miles traveled (VMT) returns to pre-pandemic levels.”

In addition, the Legislature’s plan to allot $50 million a year to CDOT for the coming three years might be suspended or eliminated — a $150 million loss by 2023.

On the upside, projects already under construction or for which contracts have been awarded will proceed as planned, Peulen said, most notably The Gap on I-25, which she predicts will be done as scheduled in late 2022.

Overall, she said CDOT’s budget outlook essentially is “a moving target that seems to shift regularly.”

Have you considered switching careers since the pandemic began?