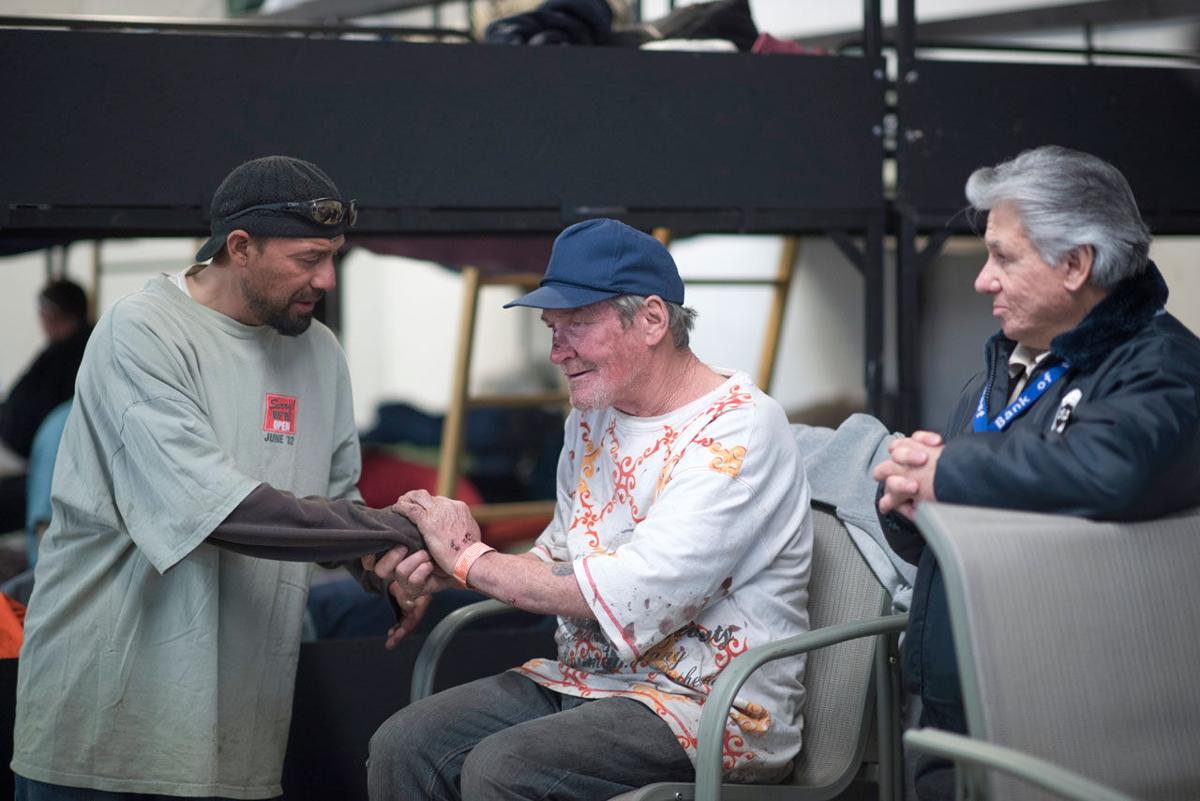 The Springs Rescue Mission began offering its 35-bed winter homeless shelter two years ago. This year the shelter, which operates Nov. 1 to April 15, will have the capacity to house 60 guests. 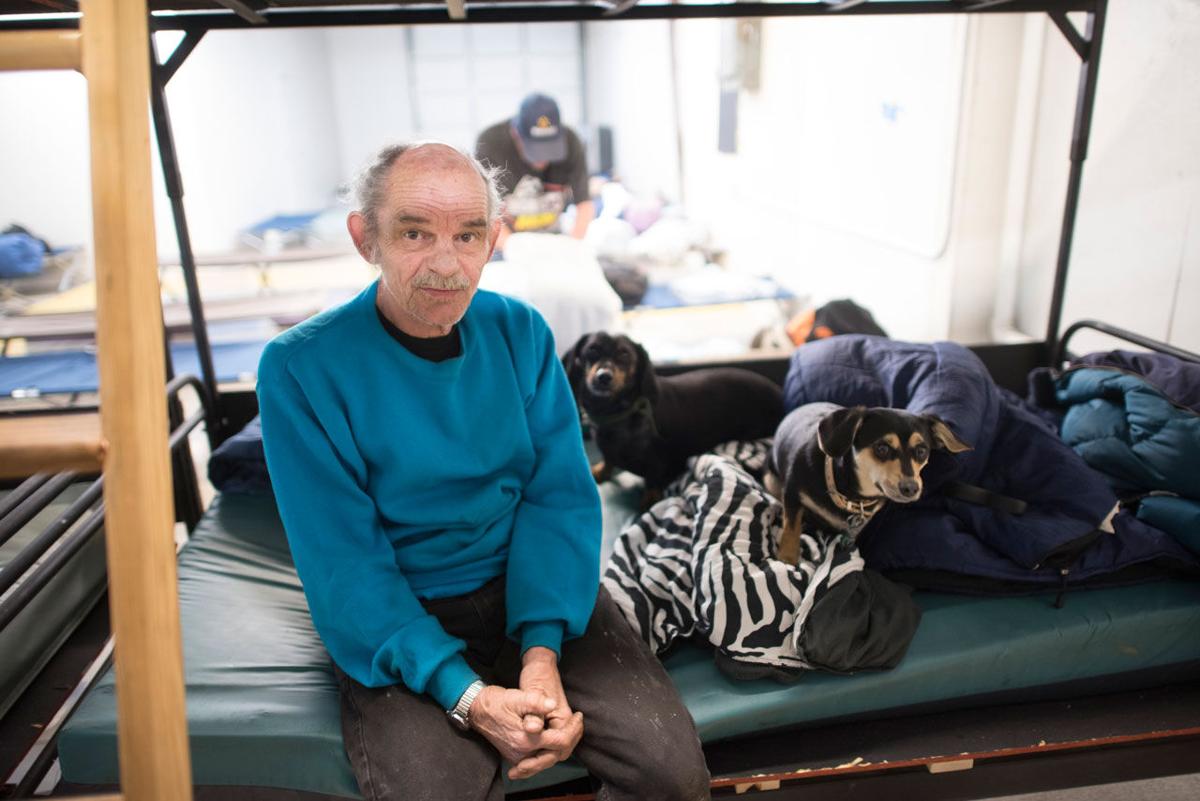 For Springs Rescue Mission, holiday donations make up the bulk of its budget, while the winter season holds its own challenges for the nonprofit’s mission.

As the official beginning of fall approaches this month, it’s time for the hundreds of local nonprofits to start preparing for the December rush.

The holiday season is the busiest time of year for groups that provide food and shelter for the poor, but it’s also a busy time for people raising money to keep those same nonprofits operational all year long.

This year the area’s nonprofit organizations might have to work a little bit harder to garner financial support.

The Center for Nonprofit Excellence, as well as programs like the Indy Give! campaign and the Empty Stocking Fund, helps promote nonprofits in the region.

“We try to support all of those giving campaigns by making sure we help promote all of those programs and that we’re supportive of them,” said Dave Somers, executive director of the Center for Nonprofit Excellence in Colorado Springs. “We want to support people to give generously to those nonprofits that have their heart and their passion.”

Because every nonprofit has a separate focus and business model, there is no single plan organizations follow for the holiday season — frequently the source of more than half of an organization’s annual budget.

But whether it’s watching a concert at the Colorado Springs Philharmonic, baking a turkey from Care and Share Food Bank for Southern Colorado or tucking into a warm bed at the Springs Rescue Mission, there are constants: money, volunteers and planning for both.

Since 2003, the Philharmonic has offered quality concerts and performances to its patrons in Southern Colorado.

Generally speaking, the main source of funding for the nonprofit has been ticket sales and charitable donations by its loyal audience members and community partners, according to Communications Director Catherine Creppon.

“There is a lot of preparation for the holidays,” said CEO Nathan Newbrough. “It starts with The Nutcracker right after Thanksgiving … and we work all through the holidays.”

One of the organization’s most popular concerts each year is The Nutcracker, which starts off the holiday season around Thanksgiving and is followed by the Christmas Symphony and a New Year’s Eve concert. The Philharmonic sold nearly 10,000 tickets just to see those three shows last year (a total of six performances).

“This is a really special time for our families that have made the Philharmonic a Christmas tradition, because the performances really just keep getting better and better,” Newbrough said.

For the Philharmonic, the holiday season coincides with the organization’s Ensemble Challenge. Starting Sept. 1 and running through Dec. 31, the Ensemble Challenge is a volunteer-run, year-end giving campaign to raise money to buy equipment, instruments, sheet music and anything else the group might need throughout the year. The Challenge raised $100,000 last year, which was matched dollar-for-dollar by community partners.

“That’s the highest amount we have seen,” Newbrough said. “It has been ascending over the past several years. … What’s important here is that the Philharmonic is asking its audience to rally behind this organization that they love.”

The Philharmonic will also participate in this year’s Indy Give! campaign, the proceeds of which will be used to fund yearlong programs such as Free for Kids, which allows children ages 7 to 17 to attend Philharmonic events for free.

The holiday season is a vital time for Care and Share’s mission. The nonprofit not only hosts large food drives and distributes thousands of turkeys during the fourth quarter, it also collects around 50 percent of the organization’s annual operating budget through its year-end campaign, which spans from October through December.

Care and Share operates a food bank that serves families around Southern Colorado, working as far east as the Kansas border.

“Turkeys are one way that we increase our efforts during the holiday season to ensure that families have an enjoyable Thanksgiving,” said Marketing and Communications Director Shannon Coker. “Last year, after listening to our partner agencies’ needs for smaller birds, we decided to purchase small roasting hens that seniors and small families could more easily accommodate rather than a 15-plus pound turkey.”

Overall, the nonprofit distributed 12,740 hens and turkeys (some purchased, others donated) last year to its 97 partner agencies.

“The holiday season is critically important to our work,” Coker said. “During the holiday season, we have many events and food drives to raise money and food from our community to help us.”

Among those events are partnership functions such as Sunny 106.3’s “Take a Turkey to Work Day” on Nov. 20, a November food drive hosted by KKTV 11 News in 110 schools called “Harvest of Love” and the “Care Drive,” which the organization hosts from Nov. 1 to Dec. 31 each year.

While other nonprofits provide cultural and food services to the community during the holiday season, Springs Rescue Mission focuses primarily on keeping people alive.

“It certainly is a very active place in the winter, that’s for sure,” said Community Relations Director Stu Davis.

On Nov. 1, the nonprofit will open its 60-bed homeless shelter that will serve those in need until April 15, when the shelter closes for the season.

The Mission started the winter shelter program two years ago with 35 beds, expanding it last year to house 57 homeless men and women. The program is aimed at inclusivity: It allows both men and women, without charge, without identification and even allows dogs to stay with their owners.

“There are no real requirements, and we’ve tried to remove as many barriers as possible,” Davis said. “They don’t even necessarily have to be clean and sober … as long as they maintain a safe environment, they’re welcome to stay. We’re more focused on getting people through the night to see another day.”

The Mission serves an average of 700 to 800 meals each day (800 to 1,000 for Christmas and Thanksgiving) with the help of its 2,000 volunteers. Davis said he expects to serve more this year to people staying in the shelter, other homeless people in the area, as well as to families suffering from the effects of poverty.

“Like many other nonprofit organizations, the vast majority of our funding comes in at the end of the year,” he said, explaining that more that 60 percent of the Mission’s annual operating budget comes during the fourth quarter.

Although Davis said the organization has “by no means reached the capacity of that generosity,” he did express what he sees as a need to better engage and educate the community, as well as making giving easier and more accessible.

“Like many other social service providers, we’re seeing an increase in need,” he said. “We are all experiencing the need for increased donations.”

Editor’s note: The Indy Give! campaign is organized by the CSBJ’s sister paper, the Colorado Springs Independent.