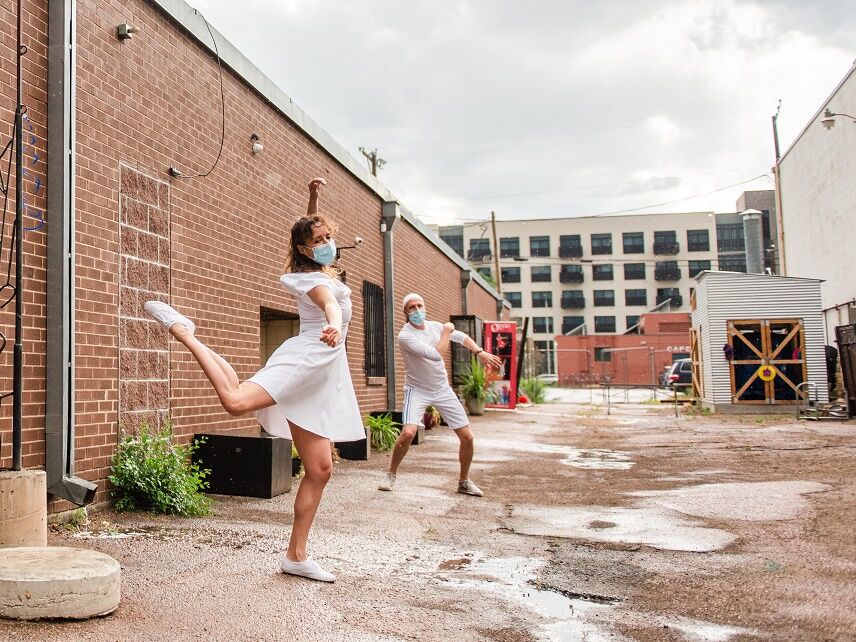 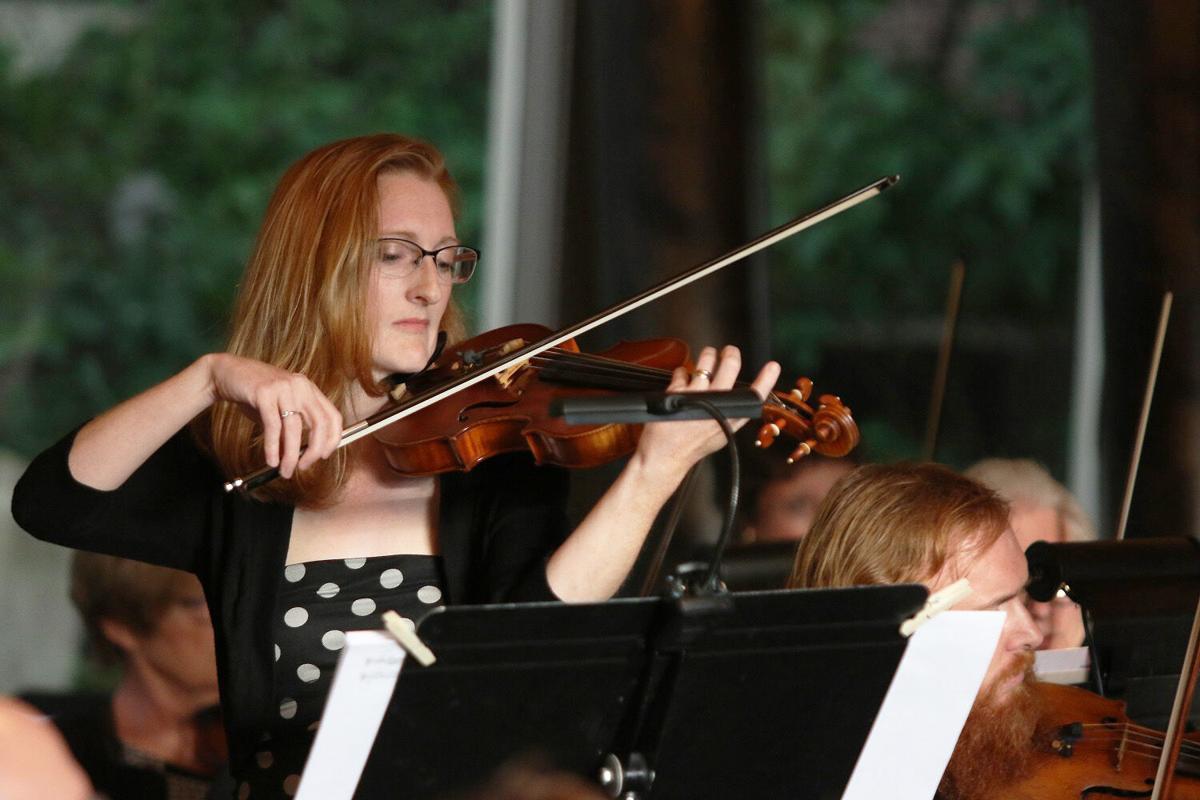 (Courtesy of Chamber Orchestra of the Springs.) Culture isn’t reserved for large auditoriums. COPPeR now offers Curbside Culture due to the pandemic.

Unable to host groups in confined spaces like galleries, theaters and other performance venues, Colorado Springs arts nonprofits face a conundrum connecting with clients and patrons in a socially distanced world.

So they’re doing what arts organizations tend to do best — they’re getting creative.

The Business Journal recently spoke with a pair of leaders from local arts organizations to talk about how they’ve pivoted and positioned themselves for success during the pandemic and beyond.

When COVID-19 first appeared in Colorado earlier this year, most venues dedicated to the performing arts were forced to shut down to help prevent its spread.

And though some have since reopened — often at just a fraction of their former capacity — the crisis has closed many of the physical spaces that arts organizations rely on to engage the community.

Andy Vick, executive director of the Cultural Office of the Pikes Peak Region, said as a result, many of the arts organizations COPPeR works with have found a new home on the internet.

For instance, Vick said, First Friday art walks — held on the first Friday of each month to highlight galleries and artists in the creative districts of downtown, Old Colorado City and Manitou Springs — have gone virtual on peakradar.com, a local cultural calendar run by COPPeR. The site has added a page for online and streaming content, which gives visitors access to virtual performances, museum exhibits, performing arts lessons and other activities.

“For the last five or six months, First Friday has been happening online … and over the last couple months, it’s sort of evolved into a hybrid where there’s online activities, but some galleries are starting to open with limited access and/or appointments,” Vick said. “So it’s really a very fluid situation in terms of galleries being respectful of the current directives from the state and the county about safety, but also trying to sustain business by being open and available to the community in as many ways as they possibly can so that they can sell artwork.”

Moving programming and services online, Vick said, has allowed local arts organizations to not only maintain connection to their bases, but expand their overall reach.

People in distant communities, those with mobility issues and even local residents who haven’t previously explored the local arts scene can now access extensive content with just the click of a mouse.

“For those organizations who are savvy about it, there is a silver lining,” Vick said, “in terms of finding ways to connect with new audiences locally, who may continue to be consumers of that art post-COVID, as well as audiences nationally and I suspect internationally, who might never have been able to access what was going on here.”

COPPeR has also started a new mobile program called Curbside Culture, which delivers live performance art to members of the community. The program allows people to choose a participating artist and host a small-scale performance outside of their home, business or other gathering place.

Joining the roster is free for performing artists, Vick said, and gives them an opportunity to generate some revenue while their regular gigs remain shut down.

“We get many lovely emails, but one in particular is ringing in my head regarding Curbside Culture,” Vick said.

“It was someone who bought an experience and just was going on about how wonderful it was to hear live music again, to feel connected to that music, to feel normal again and to realize that these beautiful creations that artists are making are still happening,” he said. “People are craving them. They miss them.”

“People often don’t acknowledge the huge economic impact the arts community has,” he said. “Locally, we know that it’s a $153.3 million economic annual impact from just the nonprofit sectors. They’re small businesses and in many cases they employ people. So when there is not the opportunity for performances to happen, it is just as difficult for an arts business, if not more so, than any other business. And people need to remember that the arts sector has an impact.”

The Colorado Springs Fine Arts Center has seen similar successes online — and the center will to rely on virtual experiences for the foreseeable future. The center’s current plans for its building at 30 W. Dale St. are to remain closed to the public until at least early summer 2021.

When closures began, CSFAC Director Idris Goodwin said the center had to build its online platform “from the ground up.”

“It was really just a shifting of priority and focus,” Goodwin said. “Typically the theater is thinking about casting and then about sets and then rehearsal. And the museum is thinking about exhibitions, publications, digitization and things like that. And then [CC’s Bemis School of Art] is teaching classes in that studio. So when all of that stopped it gave us time to say, ‘Well, what’s another way to do these things?’”

The center has since moved many of its youth and adult theater, dance and other classes online and has launched new virtual programming, such as its eMuseum, which allows people to explore its permanent collection from their homes.

The Fine Arts Center Theatre Company has also created a 12-part audio play anthology series called “Of Spacious Skies,” which highlights the past, present and future of Colorado Springs. The weekly series of 15-minute episodes begins Sept. 17, and is being made available on a “pay what you wish basis,” according to the CSFAC website.

Goodwin also started an interview series where he checks in with local artists about how the pandemic is affecting them and their work.

The measures seem to be having an impact. CSFAC’s website analytics from May 1 to Aug. 19, when compared to the same months of 2019, show a 39 percent increase in pages viewed per session and a 35 percent increase in average session duration. New visitors to the site now make up more than 68 percent of its traffic.

“Everybody’s virtual. The world is virtual right now,” Goodwin said. “So there is an audience and it’s been a really exciting and stressful and fascinating time to be in this field.”

Looking beyond the pandemic, Goodwin said CSFAC will seek to build upon its virtual offerings to not only supplement, but complement its in-person experiences.

“Our more traditional audience is struggling with the fact that we’re not open and they don’t want to do the digital stuff,” Goodwin said. “ And we feel for them and we hear them and we can’t wait to serve them again. But I think it would be very foolish to just ignore all these great and exciting innovations that have happened during this time, so we are certainly going to keep that online visitor platform.

Do you know if your investments align with your ethics?