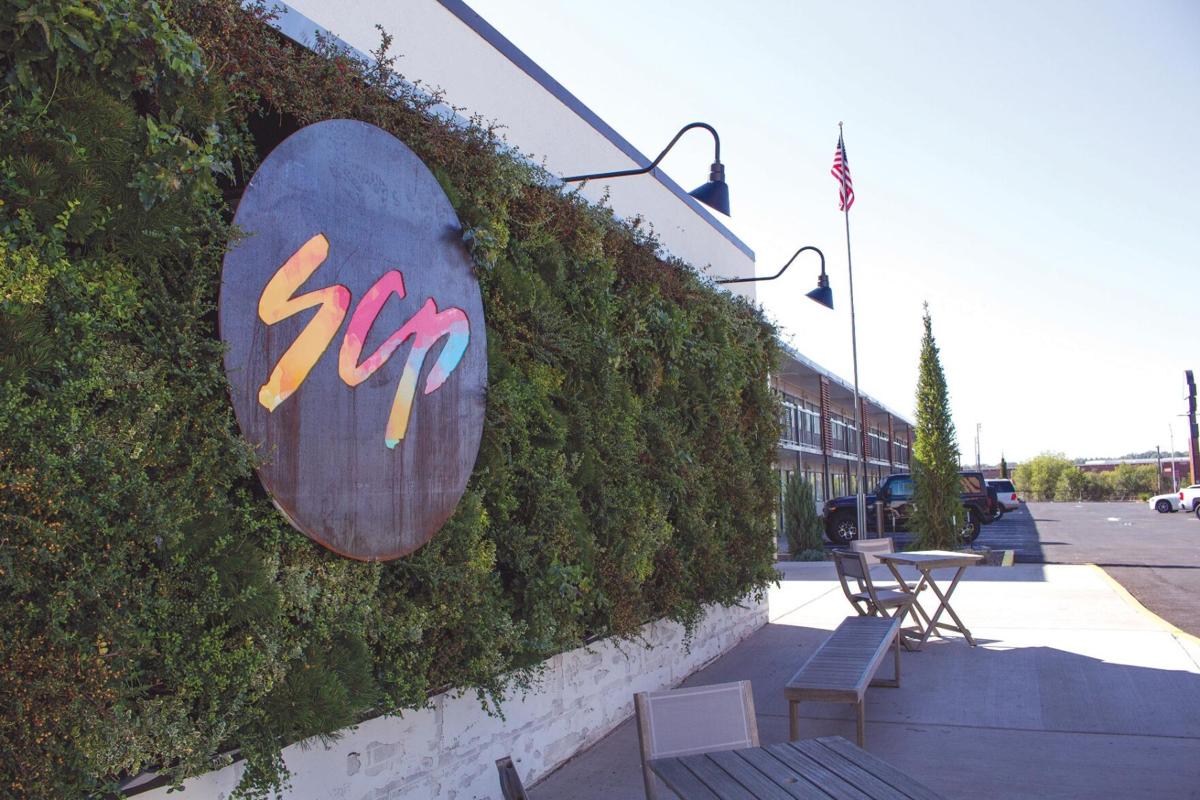 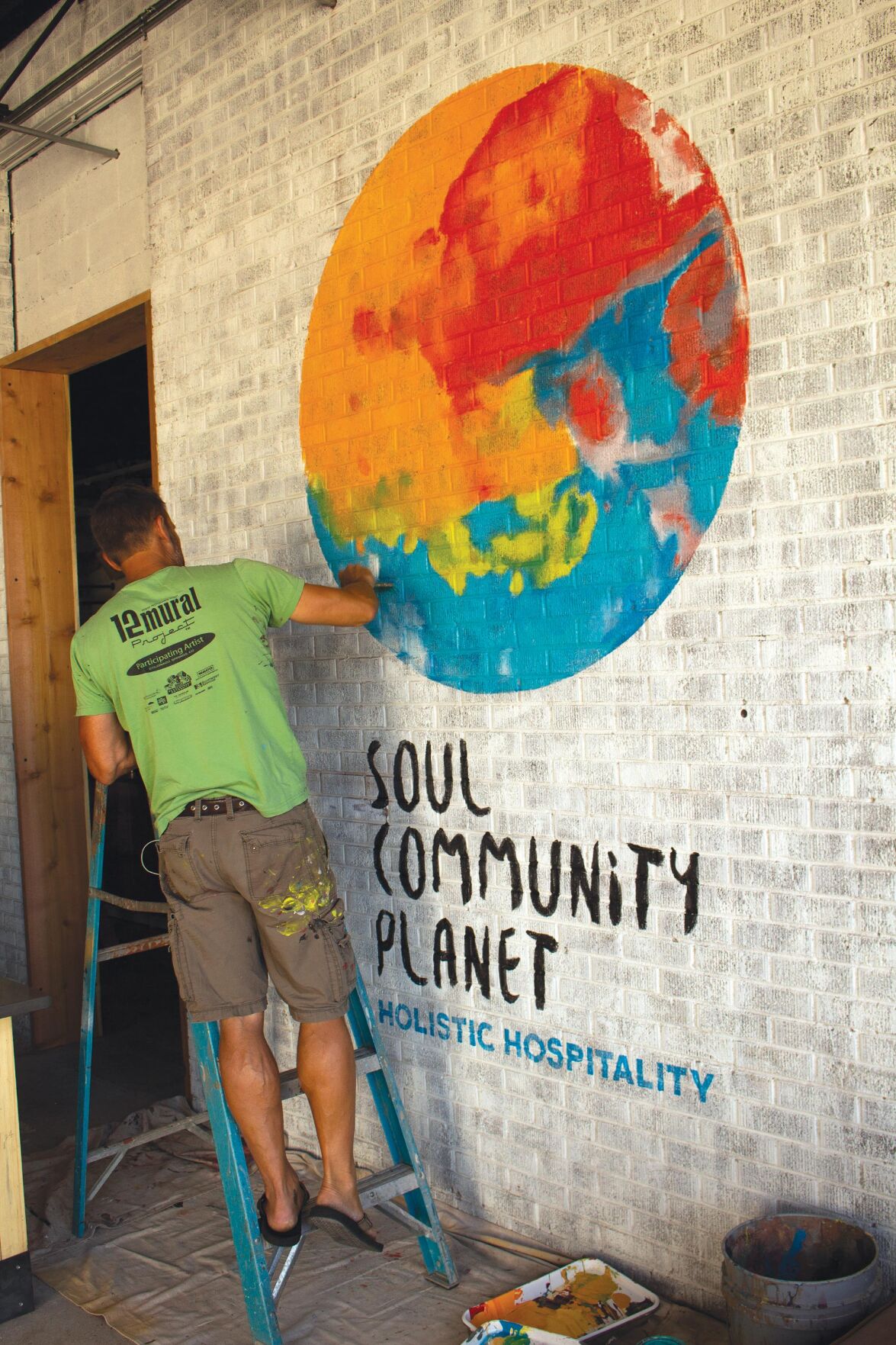 “We call it holistic hospitality,” said Bill Tremper, co-owner of the hotel. “It’s about helping guests take care of their soul, connect with the local community and help care for our planet.”

Tremper, the founder of the hotel’s parent company, Soul Community Planet, and his partners are seasoned in the hospitality industry.

“After so many years working for the big companies and following certain processes, we wanted to create a company where we could break the rules and sort of set new grounds,” he said.

The California-based company held a soft opening for the 55-year-old hotel at 2850 S. Circle Drive in June after a nine-month, $6 million renovation.

The hotel has 10 original murals as well as two living walls — one interior and one exterior — featuring plants native to Colorado. Work on the lobby, market and the rest of the property’s 176 guest rooms will be finished by the end of September.

“[This hotel] has been 15 different names,” Tremper said. “It started as the Garden Valley Motel as an independent hotel and was considered one of the nicest hotels near Pikes Peak. If you talk to people who have lived here a long time, they have had proms here, weddings here and all sorts of things.”

However, the property — under various ownership — deteriorated over time and eventually started requiring daily police visits.

“[The hotel] got really run down because it wasn’t being taken care of for a long time,” Tremper said. “It started having a lot of issues with crime and was shut down completely.”

Fortunately, saving buildings that could face demolition is one way Soul Community Planet helps care for the planet.

“By not tearing it down and using the bones to create a new space, that’s the beginning part of caring for the planet, because we would have sent tons and tons of material to a landfill,” Tremper said. “The second part is our choices for products we’ve used and put in the hotel where we can.”

High-efficiency mechanics have been installed throughout the hotel, and it’s abandoned little complimentary plastic bottles of shampoo and conditioner.

“We have more of what you would find in a spa, which is larger bottles mounted to the wall,” Tremper said. “That actually reduces our waste and it’s a better product because of the savings we had.”

The hotel also is crafted from reclaimed beetle kill wood and other sustainable elements.

Tremper says SCP Fit, which is a 12,000-square-foot, full-service health and wellness club, will also be located on the property with memberships available to locals. And a market will provide healthier food options at “grocery store” prices.

“We assume that people on the road want to connect with things that come from the local community, so why not put them right in the lobby of the hotel?” Tremper said, adding the hotel also will have a co-working space that can double as a small entertainment venue for area musicians.

“We feel like if we can activate our space to be busy and popular with locals, it’s where people will want to stay when traveling,” he said.

Meanwhile, Tremper anticipates the largest hurdle SCP Hotel now faces is attracting customers from other nearby lodging options, such as Hotel Eleganté, DoubleTree by Hilton and Residence Inn by Marriott.

“We believe that once we get the first guests in they will help spread awareness about us by word-of-mouth,” he said. “The best marketing we can have is people telling other people about how wonderful their visit was.”