You are the owner of this article.
Edit Article Add New Article
You have permission to edit this article.
Edit
Home
News
Profiles
Opinion
Local Events
Awards
Book of Lists
About Us
Digital Edition
Subscribe
And More...
Share This
1 of 6 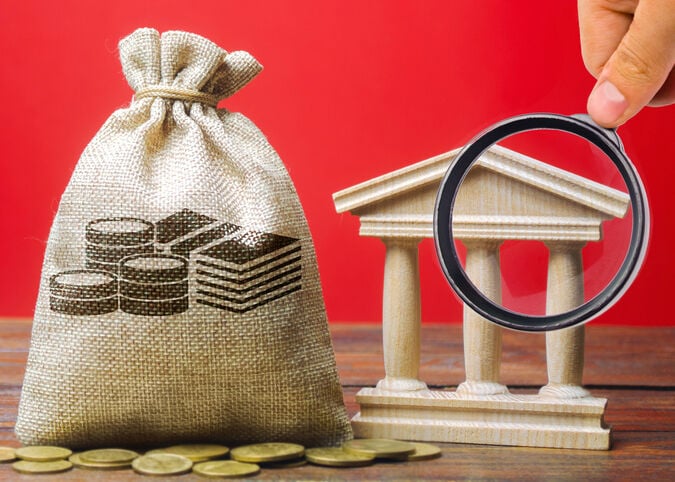 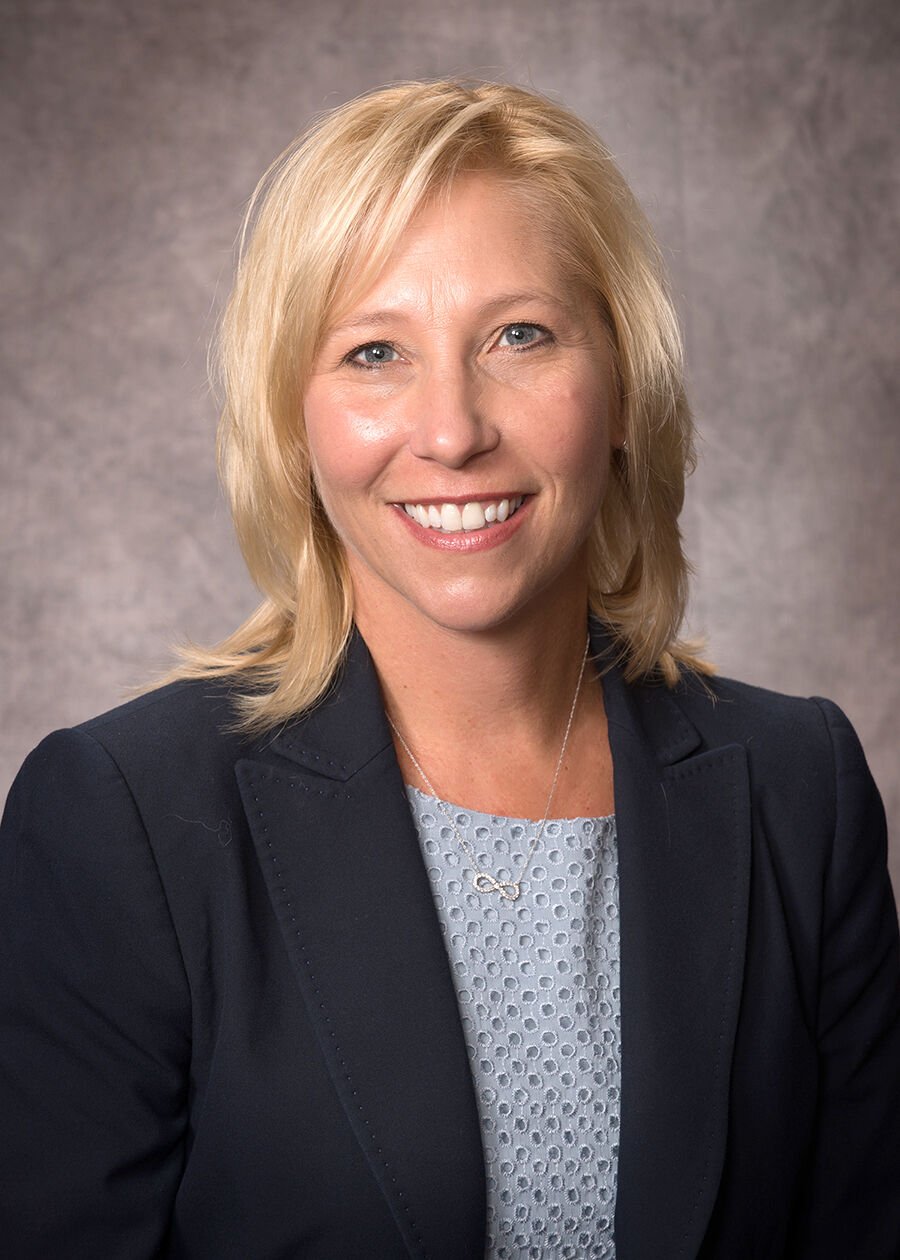 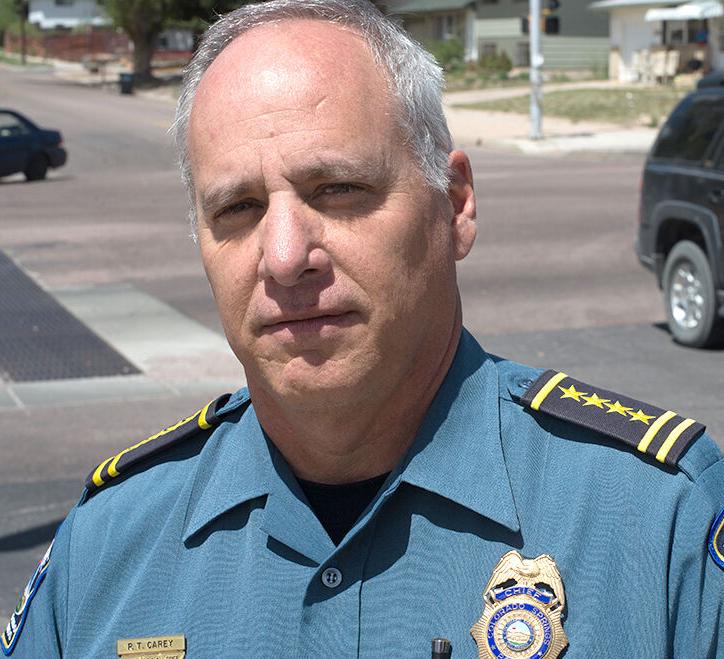 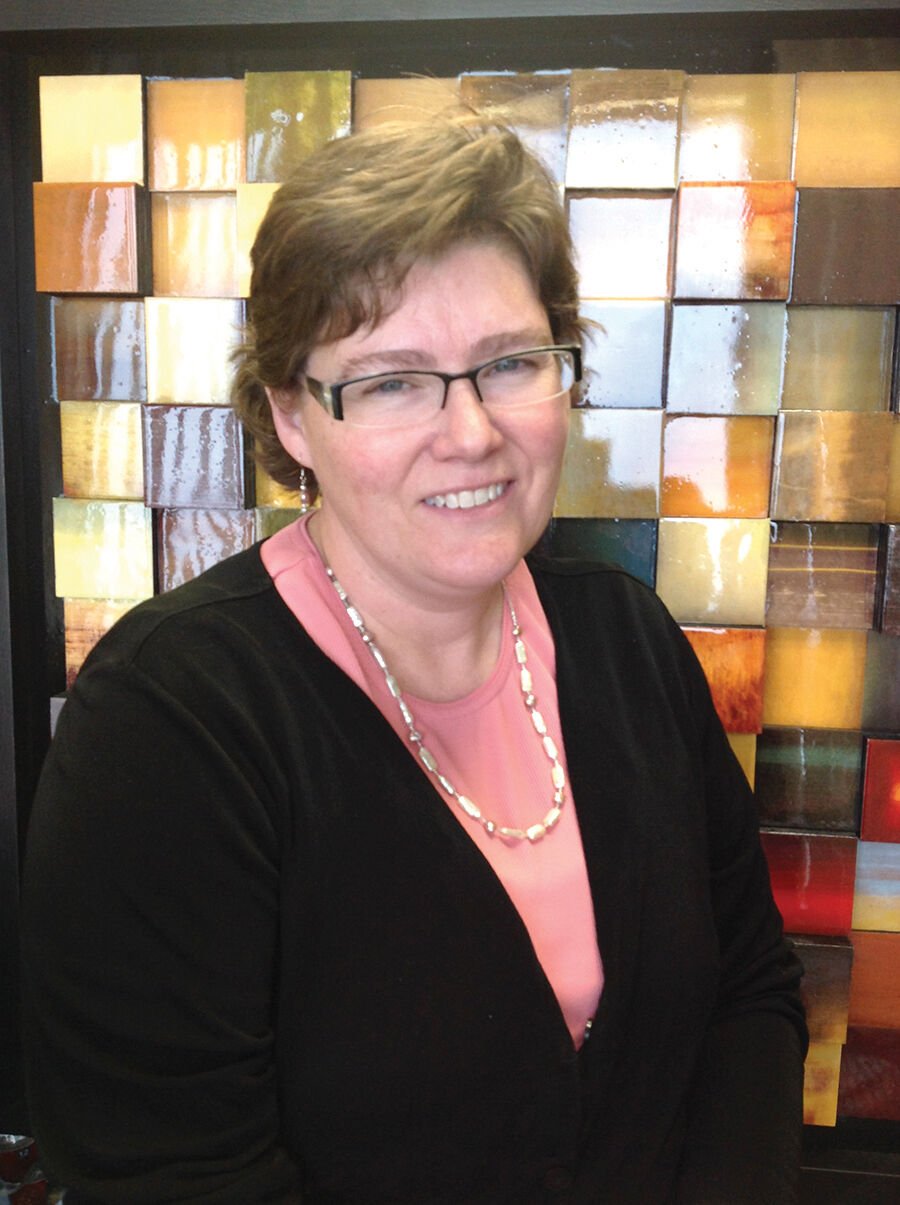 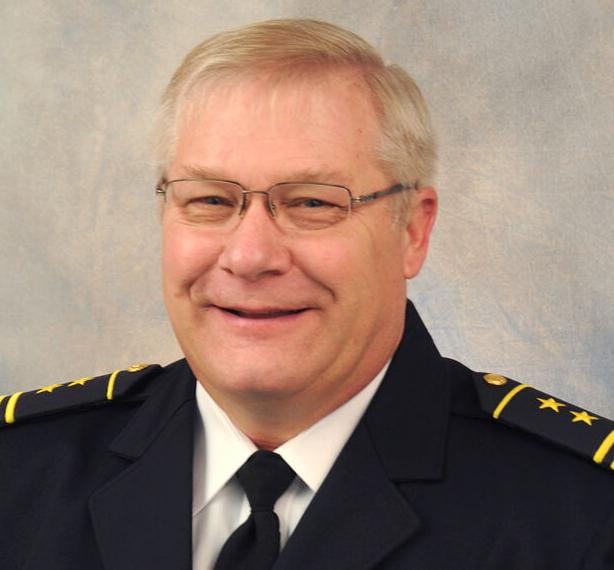 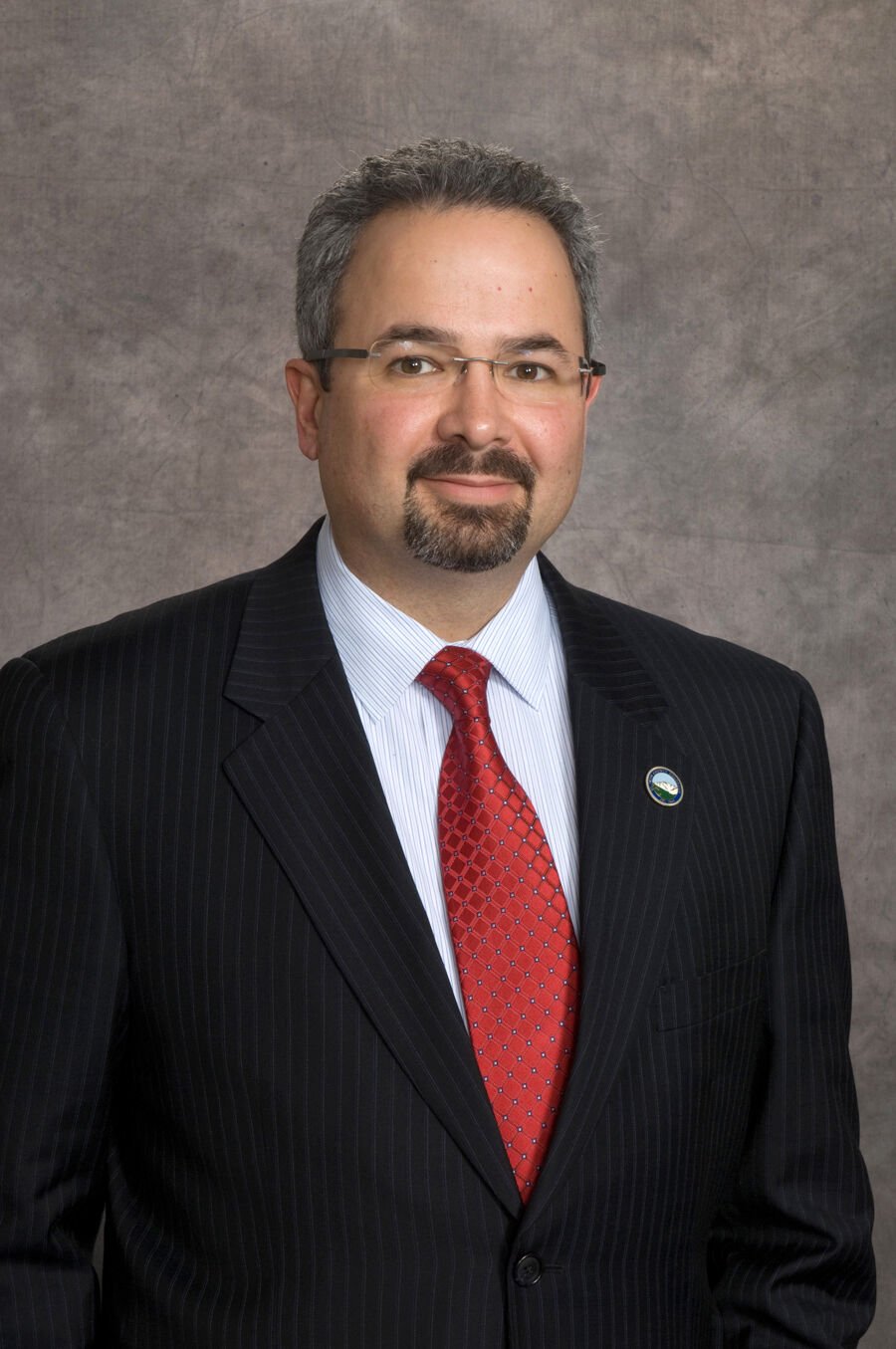 Local government agencies say they’re actively engaged in trying to create a workforce that reflects the racial demographics of the communities they serve.

The exception appears to be at Colorado Springs Police Department, where five of the 13 highest-paid people, or 39 percent, belong to a racial minority group — three Hispanics, one Asian and one African American.

“The makeup of our command staff is diverse, with nearly half representing different ethnicities or gender,” CSPD Lt. Jim Sokolik noted in an email response to questions. (Two women occupy spots in the top 10.)

But the dearth of people of color at the top might be less a function of inherent racism than an indictment of a system that makes it harder for people of color to secure college degrees and work experience that lead to those high salaries and position in the community.

Deputy DA Michael Allen, who’s running unopposed in the Nov. 3 election, will take the helm in January of a department that now employs one minority among its top 10 earners. (Allen himself is half Hispanic but isn’t on the highest-paid list.)

Moreover, only about 9.4 percent of the office’s 85 prosecutors are minorities.

But, as Allen said in an interview, minorities occupy a small fraction of law school graduates in Colorado, and few choose public sector employment, which generally pays less than private law practices.

Another factor that tends to suppress opportunities for minorities is turnover. Springs Utilities reports low attrition among its long-tenured employees. But the agency is mindful when filling jobs that do come open, Utilities spokesperson Mark Murphy said via email.

“As attrition occurs,” Murphy said, “we will continue our outreach and recruitment efforts to promote a diverse workforce.”

Among local agencies, El Paso County and the city of Colorado Springs general governments have the fewest minorities holding down positions at the highest pay, which is to say one American Indian/Alaska Native in the city and none at the county, according to data for the past five years.

At the county, those high earners include Deputy Chief Medical Examiner Emily Russell ($209,000), County Administrator Amy Folsom ($203,510), Forensic Pathologist Travis Danielsen ($195,520), County Attorney Diana May ($184,000), Human Services Director Julie Krow ($165,590), and five others who serve in finance, administration, HR, information services and legal. None is a person of color; nor has there been a person of color in the top 10 for at least five years.

The makeup of the command staff, which goes beyond just the top 10 highest-paid personnel, is representative of the community, sheriff’s spokesperson Jackie Kirby said via email. But Hispanics are underrepresented, at 9.4 percent, compared to the general population of 17.5 percent.

Still, Kirby listed several programs the office uses to recruit, retain and promote people of color, including employing a recruiting sergeant and empaneling promotion boards that are diverse.

Allen acknowledges the office’s diversity numbers are low. He’d especially like to beef up the prosecutor ranks with minority candidates to more closely mirror the community’s population of roughly 23 percent minorities. Currently, the office employs one African American, four Hispanics and one each who are Persian, Middle Eastern and Asian as prosecutors.

Having served on a recruitment team for the office, Allen said hiring minority lawyers is a challenge, because few are graduating from law school and fewer still are willing to take a public prosecutor salary of $65,000 when private practice pays more — an average of $105,740 in Colorado Springs, $156,000 in the Denver-Aurora-Lakewood area, and $162,000 in Boulder, according to an American Bar Association survey last year.

“It’s very, very tough to convince that small number of minorities to go into the public sector,” Allen said.

A combination of factors, including the expense of law school, conspires to deter minorities from entering the profession, The Denver Post reported in July, leading to overwhelmingly white prosecutorial and public defender staffs, as well as the judiciary, in Colorado.

Allen, whose mother is Hispanic, funded his undergraduate degree through the GI bill after his Navy service.

It’s worth noting that the elected five-member Board of County Commissioners included Darryl Glenn, who’s Black, and Longinos Gonzalez Jr., who’s Hispanic, from 2017 to 2019. This year, Gonzalez is the sole minority member.

All the other county elected officials — coroner, DA, sheriff, treasurer, assessor, clerk and recorder and surveyor — are white men.

County Administrator Amy Folsom, in written responses to questions about racial composition of the highest earners, focused on all types of diversity.

“I think it important to note that diversity in the workplace is multifaceted: certainly it includes race, ethnicity, sexual orientation, disabilities, and educational background,” she said. “But it also includes dimensions of socioeconomic status, age, religious beliefs, political beliefs and a myriad of other ideologies.”

She then said that in “that great sense of the word” the county’s top leaders are “quite diverse,” though she didn’t further elaborate.

Rather, she described steps the county is taking to widen diversity throughout the workforce, including training in implicit bias for the leadership team.

Longer-range efforts include a small group that will gather data about “County talents and find ways to increase diversity and inclusion efforts.”

In addition, the county is getting ready to recruit for a “diversity and inclusion position,” who will help recruit diverse employees and “lead on issues that affect everyone — from folks living downtown to folks living on the eastern plains who feel they don’t get the same levels of county services or representation.”

Folsom didn’t explain how those efforts directly impact workforce diversity and diversity among the highest-paid employees.

But she emphasized the county recruits diverse applicants for all positions and that 20 percent of the county’s leaders “at all levels” self-report as being “non-white.”

One identifies as American Indian/Alaska Native, though city spokesperson Jamie Fabos didn’t identify which one.

City council selects the city auditor; other top officials are hired by the mayor.

Asked about the appearance of a lack of racial diversity at the top, Mayor John Suthers says in an interview, “When I’m looking for department heads, I’m going to hire the best people I can. If I have an opportunity to hire a minority who is as qualified [as white candidates], I will give preference to the minority. But if I have a better qualified [white] candidate, I will take that better qualified candidate.”

Suthers noted, however, that the police and fire chiefs’ annual reviews take into account their “diversity numbers.” For example, 12 percent of the police force is Latino, compared to 17 percent of the local population.

“We have a harder time recruiting African Americans,” Suthers said. “Our best recruiting source in the police department has been military, but that doesn’t get you local folks.”

Fabos said in an email that the city works to increase diversity in the applicant pool through attending job fairs, partnering with minority organizations and the El Paso County Workforce Center and reducing costs associated with testing for the police and fire departments.

In addition, the city is trying to foster community relationships, not only to gain diversity in employment, but also in citizen engagement and membership on city boards and commissions, she said.

Lastly, the city uses an interview software tool that Fabos says ensures that every question is asked the same way, “which limits potential bias from the questioner.”

The Colorado Springs Police Department reports the most minority diversity among top earners. It currently counts five minorities among the top 13. (The top paid list is longer than 10, because it includes multiple police commanders who all are paid the same amount.)

In the four prior years, the department had three racial minority individuals, so it’s upped the number this year by adding a Black woman, Mary Rosenoff, and a Hispanic male, Hugh Velasquez, to the commander ranks. Both are paid $139,020. Racial minorities already on the top pay list include Deputy Chief Adrian Vasquez ($156,149) and Commander Sean Mandel ($139,020).

It partners with the Asian Chamber of Commerce and places recruiting ads in Hispanic magazines. “Our goal in actively reaching out to various populations is to hire the best candidates who want to serve our city,” he said.

Sokolik also notes the CSPD’s hiring process is radically different from the city’s, with CSPD officer applicants having to work their way through the civil service testing process.

“Just like every sworn position in the department, those who make up our command staff start at the same level as their peers: Recruits at the academy,” he said. “These are individuals who have dedicated 20+ years to the department and the community. Through their work ethic and merit, they were determined to be the most qualified for a leadership position.”

Fire Chief Ted Collas, paid $175,000, plans to retire next March, opening up a top spot for recruitment, which the city said will span the nation.

As for Springs Utilities, of the 27 people who represent the 15 highest salaries paid by the agency, two self-identify as Asian, two as Hispanic and 23 as white, Murphy said.

But Murphy acknowledges that Utilities recognizes the lack of diversity, because it’s actively working to recruit a more racially diverse workforce through outreach with schools and employers and through internal professional development.

“Diversity is critical for business success,” Murphy said. “It also allows us to better understand and serve our customers. A diverse workforce and inclusive environment promotes collaboration, innovation, fairness and respect, resulting in greater engagement and productivity.”

For Regina Walter, a retired magistrate judge who runs Educating Our Children of Color and Diversity University, a course in cultural inclusion, the lack of people of color at the top reflects systemic racism as well as “a general lack of appeal to come to a community that is not that diverse.” More than 78 percent of the Colorado Springs population is white.

That said, she added, “I think there are plenty of qualified candidates nationwide who could be filling roles in Colorado Springs if we were reaching out to them.”

“As long as you empower the people who will bring a different voice, then you increase positive outcomes for everyone and get closer to achieving equity,” she added. “If you never have to address issues of systemic racism, because you don’t see them or recognize them, then nothing ever changes.”