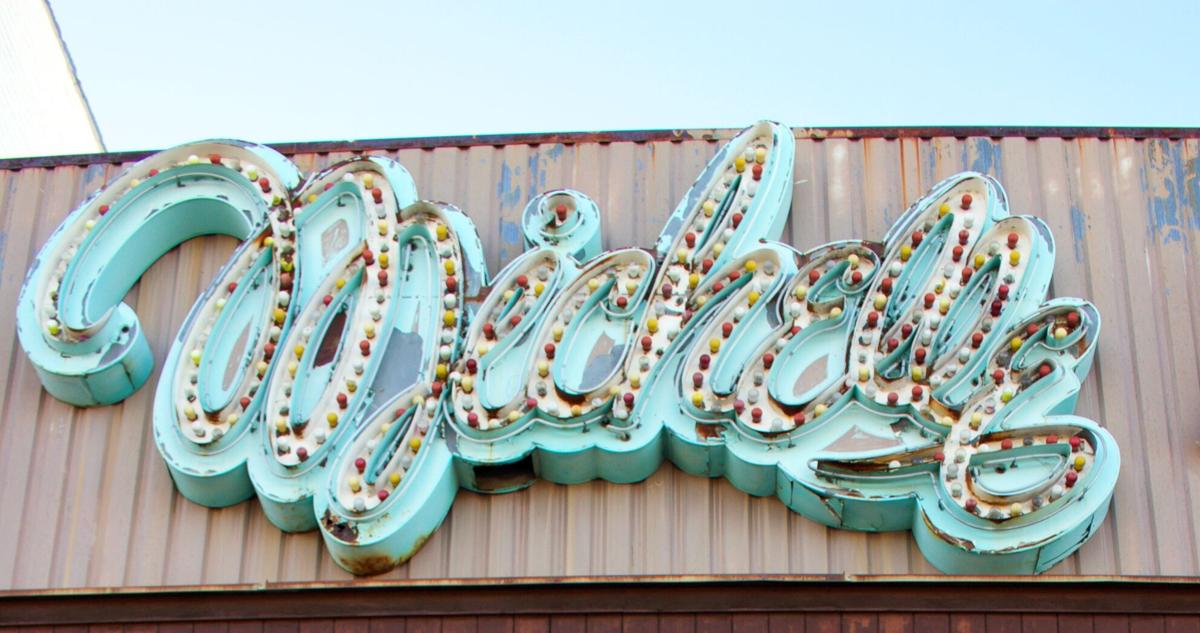 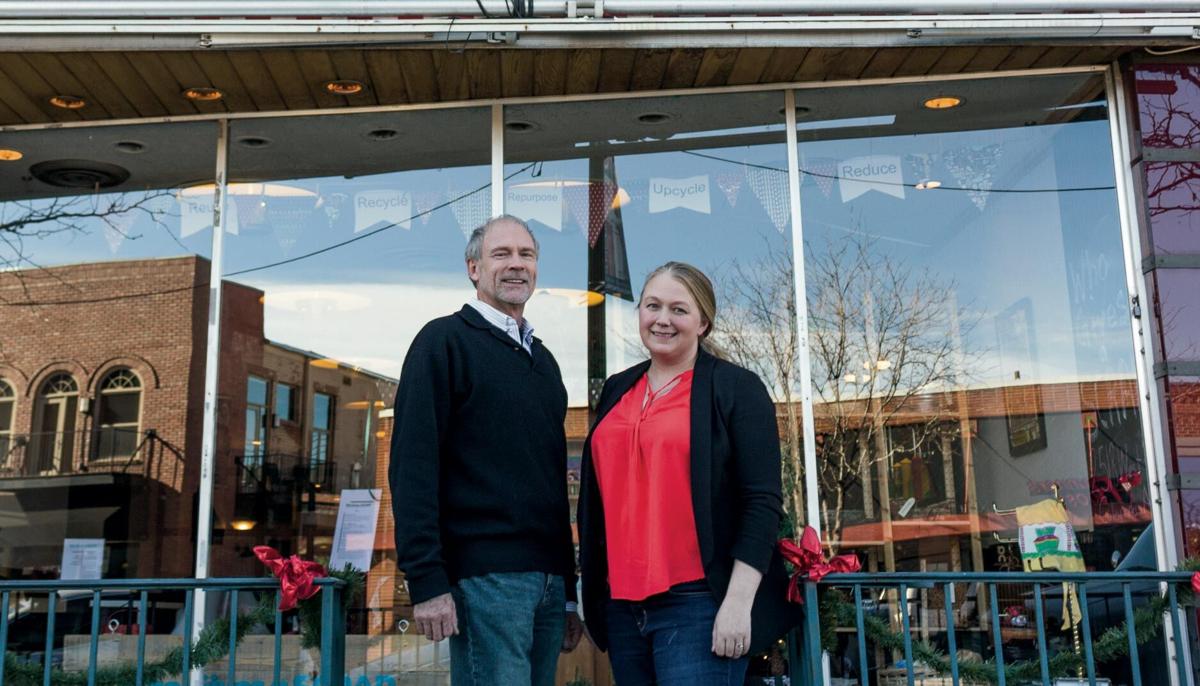 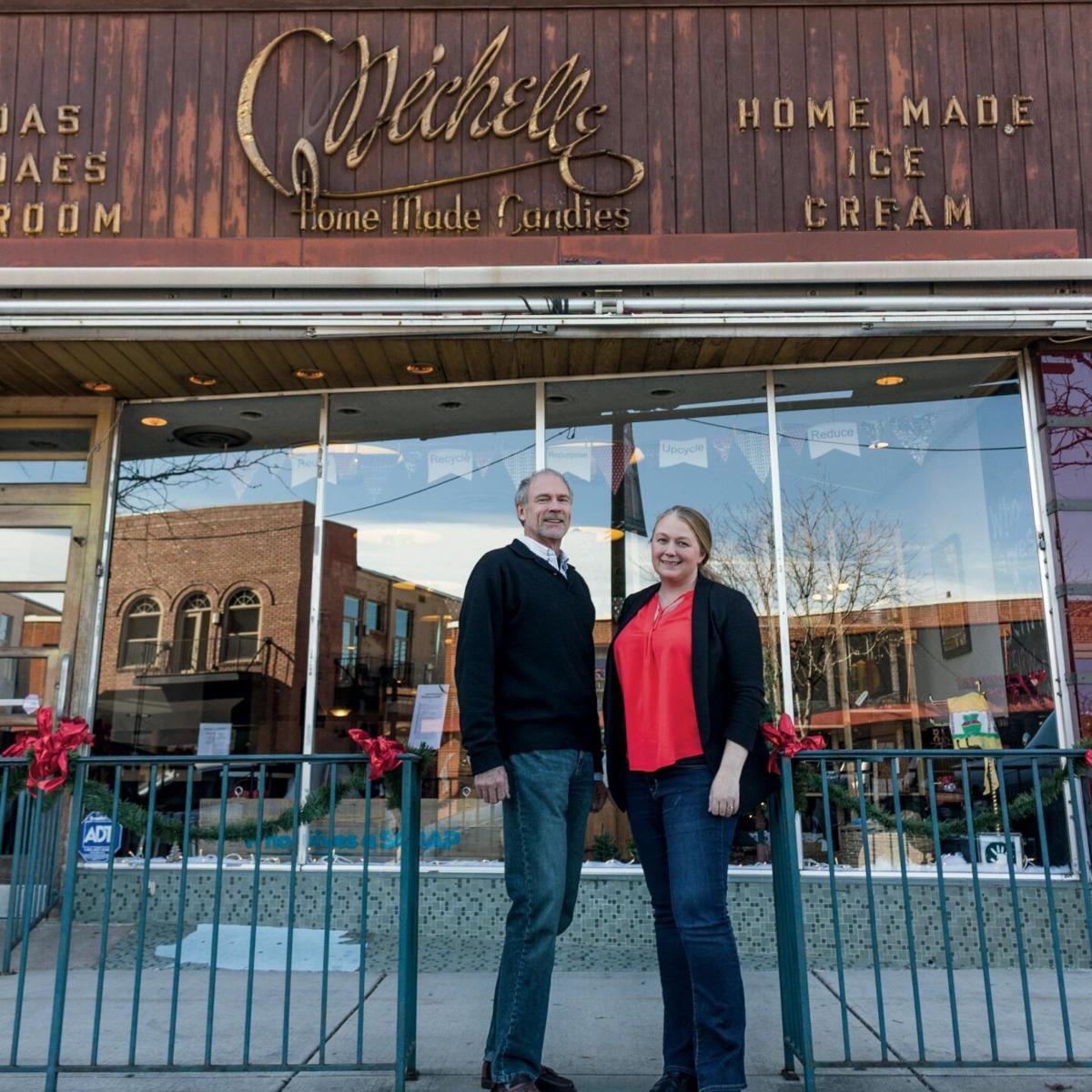 When Rim Technologies CEO Sara Kinney lit up the historic Michelle sign over 122 N. Tejon St. in the pre-dawn hours of Nov. 27 — a decade after its 248 bulbs went dark — it symbolized a dream come true. Now she’s helping inventors and entrepreneurs realize dreams of their own.

Not only has she moved her aerospace and tech solutions firm into the unconventional space, she’s putting the building and her expertise to work for people launching their own businesses.

Michelle Chocolatiers & Ice Cream was a downtown favorite for 50 years, until the IRS seized the business for unpaid taxes in 2007, liquidating its inventory and equipment. The vintage sign remained a landmark, but the store stood empty.

Kinney, a Nebraska native, first visited Michelle’s in 1999 when she was a cadet at the Air Force Academy.

A head injury derailed her flying career, and led to a new one. With a son to support and “not a lot of jobs for pilots who can’t fly,” Kinney took the plunge, starting RIMTECH in 2010 at her kitchen table.

Eighteen years after she set foot in Michelle’s, she has partnered with Randel Castleberry, founder and CEO of Aspen Logix and self-described serial entrepreneur, to turn the long-vacant shop into a community-facing space to support innovation, startups, small business and workforce development.

They’re making that happen through Michelle’s Makery, which offers members space for coworking, experimentation and business advice, and Window 2 Startup, which Kinney describes as “a community pavilion where you can bring your great idea and just go for it.”

Both concepts leverage Kinney’s and Castleberry’s community involvement and success with startups, and grow from their desire to create soft landings for up-and-coming entrepreneurs in the high-risk early stages of business.

“For the longest time we wanted a building but [RIMTECH was] just too small to take that on,” Kinney said. “And as an aerospace defense company, we’re not necessarily retail — but we want that mixing, that touchpoint with the community.

“As we were cleaning the space and getting ready to open our doors, there were so many people who said, ‘Oh I wish I could get a shop.’ But it’s scary to become an entrepreneur; it’s scary to get out there and say, ‘I have a cause that I care about.’”

Through Michelle’s Makery, Kinney said she and Castleberry aim to help build Colorado Springs’ startup ecosystem and respond to what the entrepreneurial community needs.

“We have great resources like Epicentral, Peak Startup, the [Pikes Peak Small Business Development Center], [the Colorado Procurement Technical Assistance Center] — but we really need to build some of the rungs on the ladder for small business to grow,” she said. “If you have a crazy idea where your family’s like, ‘No, don’t lease a place for seven years!’ then Michelle’s Makery will be a place that you can come, we’ll talk to you about your idea — and you can pitch us on ‘This is what I want the window for.’”

Not every member of Michelle’s Makery needs storefront exposure, which is why Window 2 Startup time is sold separately, currently at $200 for two weeks.

“This is a great place to come with your idea and say, ‘I’m not quite there yet, and I’d like to run some experiments, follow that lean startup methodology, and figure out what works and what doesn’t,’ — and you can do it in a way where you can continue to grow the business, where those failures don’t hit you quite so hard and you can really keep going.”

It’s important to have a space for mentorship, where budding entrepreneurs can have “realistic conversations” about the nitty-gritty of what it takes to move ideas forward, Kinney said, describing herself and Castleberry as “not like Shark Tank — we’re a kinder, friendlier version.”

Castleberry said Michelle’s Makery helps companies “accelerate more than you could, say, working in your basement or working with other unrelated companies.

“I have many, many years of doing startups… I know what it takes to get through those first couple of years particularly,” he said. “It’s very, very difficult. It does take a community of smart people, creative people, real get-it-done people. That’s tremendously important for startups.”

“It does take a community of smart people, creative people, real get-it-done people.”

The pair have big plans for the space, which they’ve spent countless hours renovating since they took it over in July. They’re repurposing the old Michelle’s kitchen, which was gutted long ago, into a hands-on lab for experiments. Behind that will sit a cyber lab, near a kitchen to cater events, and there are longer-term plans for a secure area for classified projects.

Peak Startup Executive Director Michelle Parvinrouh said the opportunities offered through Window 2 Startup and Michelle’s Makery are “tremendous — that’s exactly the type of support that, when someone has been successful, they can turn back and help the next generation of founders come up.

“Sara is a thinker and she’s an ideas person, and she executes. On top of that she’s giving up her own prime real estate for her own business, for these others who maybe need it more, or don’t have as much to leverage as she does.”

“If we want to create the kind of community like Boulder, Silicon Valley, Austin, there’s room for a lot of spaces like this,” Kinney said. “We don’t have a community right now that’s necessarily drawing companies in, and I think we really need to change that tide.”