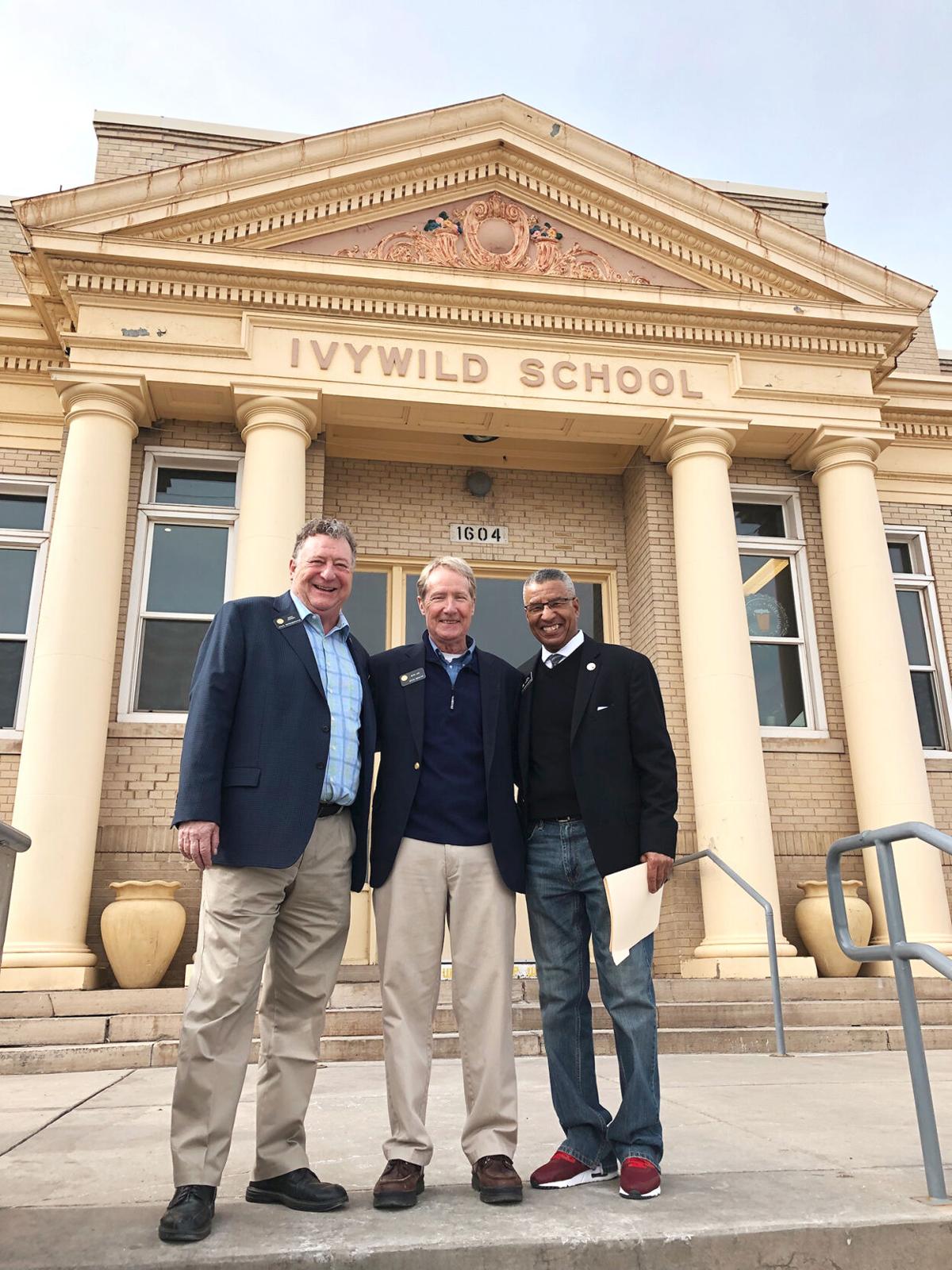 Reps. Snyder, Lee and Exum are urging their constituents to contact them with input and questions. 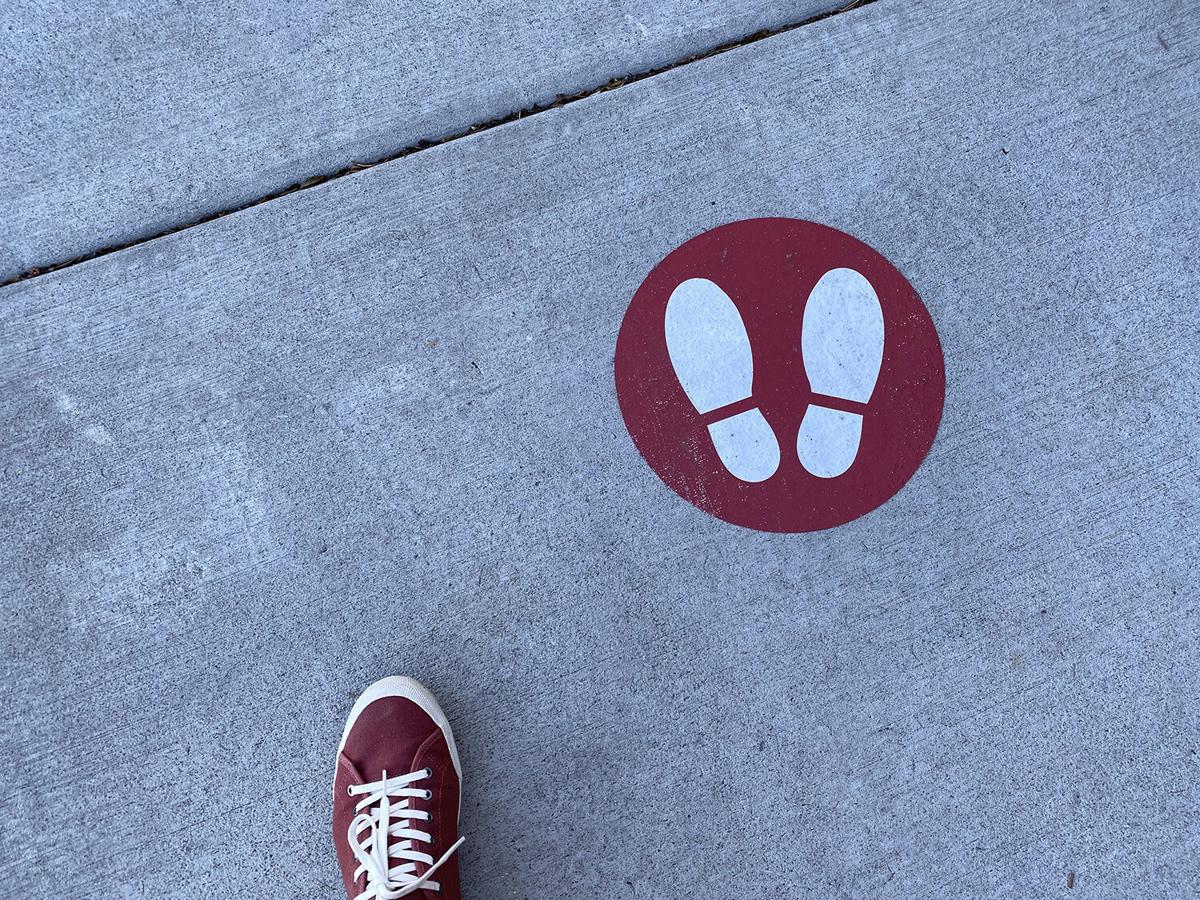 Senate Bill 1 earmarked $37 million for small businesses struggling due to the pandemic.

In a year in which state revenue dropped significantly, legislators managed to find funds to help small businesses, and they intend to continue the efforts they made in 2020’s special session when this year’s regular session convenes.

During the 2020 regular session, legislators budgeted conservatively, in accordance with the expected drop in revenue resulting from pandemic closures, and ultimately cut $3.3 billion from the 2020 budget.

During a special legislative session Nov. 30-Dec. 2, lawmakers passed 10 bills to send more than $200 million in pandemic relief to Colorado businesses and citizens.

“We were able to gather those funds by literally looking under every couch cushion,” Snyder said.

“We had to really make some tough decisions on how we were going to target that money,” Snyder said.

Legislators looked at the small businesses that were most impacted, Snyder said. They recognized that all small businesses have been struggling. But some, such as restaurants, bars and distilleries, couldn’t bring in any revenue for weeks.

In creating a special category for minority business owners, Snyder said, “we were trying to recognize the fact that minority businesses have been hit particularly hard,” because of inability to access Paycheck Protection Program loans and lack of longstanding business and banking relationships.

Exum highlighted other bills passed during the special session, including one that provided about $60 million to help individuals with housing and rental assistance, and those facing eviction.

“Landlords are also eligible to apply for grants that are trying to keep the tenants that they have,” Exum said.

Other business-friendly bills passed during the session provided grants for child care facilities and allowed restaurants and bars to keep sales taxes they normally would have paid in November 2020 through February 2021.

Sen. Pete Lee, D-Dist. 11, said legislators will be looking at additional small-business relief measures when they convene this year.

The legislature is expected to convene Jan. 13, as required by the state constitution, but current plans call for adjournment until Feb. 16.

“One of the advantages by postponing the beginning of the session from Jan. 13 to Feb. 16 is that we may get to see the impact of the bills that we passed … and the impact of the federal legislation,” Lee said. “So we’ll be in a little bit better position to assess the needs of the people of Colorado. … We’ll get input from our constituents … as to how the things that we have done worked out, and what more we need to do.”

Lee pointed small businesses toward the Colorado Springs Chamber & EDC, whose economic development specialists “have been very active in that initiative to try and get some relief for small businesses and restaurants.”

Lack of affordable housing also is likely to be addressed by the legislature.

“We don’t have the authority to control rents, unfortunately, but what we can do is work alongside our developers that are building housing, and encourage them to apply for affordable housing credits,” Exum said.

“I’m generally not in favor of hard and fast rules like that,” Snyder said. But he also recently found out that residents of the Taylor Apartments in central Colorado Springs, which for years rented units to older people at reasonable cost, saw their rents jump significantly after the complex was sold to new owners, forcing numerous tenants to move.

“So I’ve kind of evolved in my thinking,” Snyder said. “I’m starting to think that some hard guardrails in that space is one of the best things we can do to keep this kind of increasing threat of eviction from growing stronger. So I’m open to any kind of legislation now.”

Exum said the proposed 2021 state budget restores the majority of the $3.3 billion cuts the legislature had to make to the 2020 budget.

“Hopefully we’ll be able to do that,” Exum said, to assist school districts that are suffering decreased enrollment.

“We’ve got dramatic numbers of students that are just going to be way behind,” he said. “Even some of our best students are struggling, with the online learning and just different things that are happening.”

Along with the $20 million allocated in one of the special session bills to provide broadband internet access, restoring the cuts “will help the students get back to in-person learning and hybrid learning,” Exum said, “but it’s not going to solve the problem.”

Lee noted that schools receive funding based on the number of students that are registered on count days.

“I’m pretty sure District 11 took a pretty significant hit in the number of kids,” Lee said. “So they’re going to have a reduced amount of money coming in.”

Noting that the state contributes 60 percent of school funding and local communities provide 40 percent, Lee said there might be an opportunity to increase the local share because of some of the measures passed in the Nov. 3 election.

The voter-approved repeal of the amendment, which stopped a projected further slide in residential property tax rates, could result in more local revenue for schools, Lee said.

If residential property rates “come up in a reasonable way, that could be the unforeseen funding source that could really be a game-changer for us,” Snyder said.

Proposition EE, also passed on Nov. 3, will raise taxes on tobacco products, with some of the increased revenue going to fund K-12 education.

The three legislators already have plans to run a variety of bills during the 2021 session.

Snyder said his priorities include bills to expunge unjust criminal records some individuals incurred during the war on drugs; expand adult protective services to cover outreach to seniors and others at risk; and continue social equity measures to provide a level playing field for minority entrepreneurs in the cannabis industry. He also plans to carry a bill that covers the creation of e-wills and is interested in a proposed small surcharge on homeowners insurance policies that would create a wildland fire mitigation fund.

“I think this would be an opportunity to have a dedicated matching local source to bring down the federal funding to really make a difference in Colorado,” he said.

Snyder said the legislature in the past two sessions has passed “a lot of great legislation. … But no bill is perfect, and you find out with time that there are gaps and unforeseen consequences in all this legislation.

“Given our budgetary constraints and the unpredictability of what we’re going to experience in 2021, my goal would be, let’s firm up that legislation. Let’s make it better legislation. Let’s look at what the unintended consequences have been, and see if we can address those.

“I know there’s folks that want to continue with a very hard-fought and aggressive progressive agenda,” Snyder said. “I just don’t know budgetarily if we’re going to have the ability to afford those things.”

Exum said he would be bringing back a couple of bills that didn’t survive the COVID-19 cuts, including driver education for foster children and the Ninth Grade Success Program.

Ninth graders, he said, have a high dropout rate; the success program would help teachers, social workers and counselors monitor and assist those who are struggling and help get them back on track.

Exum said he is also looking at a bill dealing with military families and school enrollment, and one that would specify when and how special district boards can have meetings.

Lee said he would continue his work in several areas of criminal justice. He plans to bring bills to expand juvenile diversion programs, reorganize the juvenile code to make it more user-friendly, and dismantle the “school-to-prison pipeline.”

He is looking at bills that would empower sheriffs to manage jails to reduce the number of people being held, and to address the felony murder rule, which can result in people who are associates of someone who commits a felony murder to be sent to prison for life, even if they didn’t know the felony was being committed.

“We have scores of people serving time in prison for that,” Lee said.

Lee also is working on a bill that would enable corporations to facilitate governance by allowing them to conduct corporate meetings electronically.

“You normally have to attend corporate meetings or get waivers,” Lee said. “In this age of COVID … this would allow corporations to meet with Zoom or Webex or something of that nature.”

All three lawmakers urged their constituents to contact them with concerns or suggestions.

“I would encourage any of the community who want to provide input — either ask questions, give us advice, work with us or tell us what the issues are you want us to work on of importance — [to] get in touch with us,” Lee said. “We’re all readily accessible and responsive to our community.”