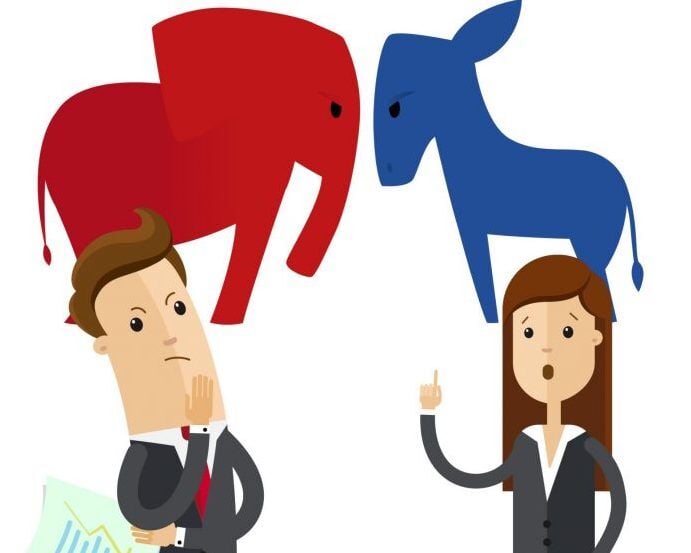 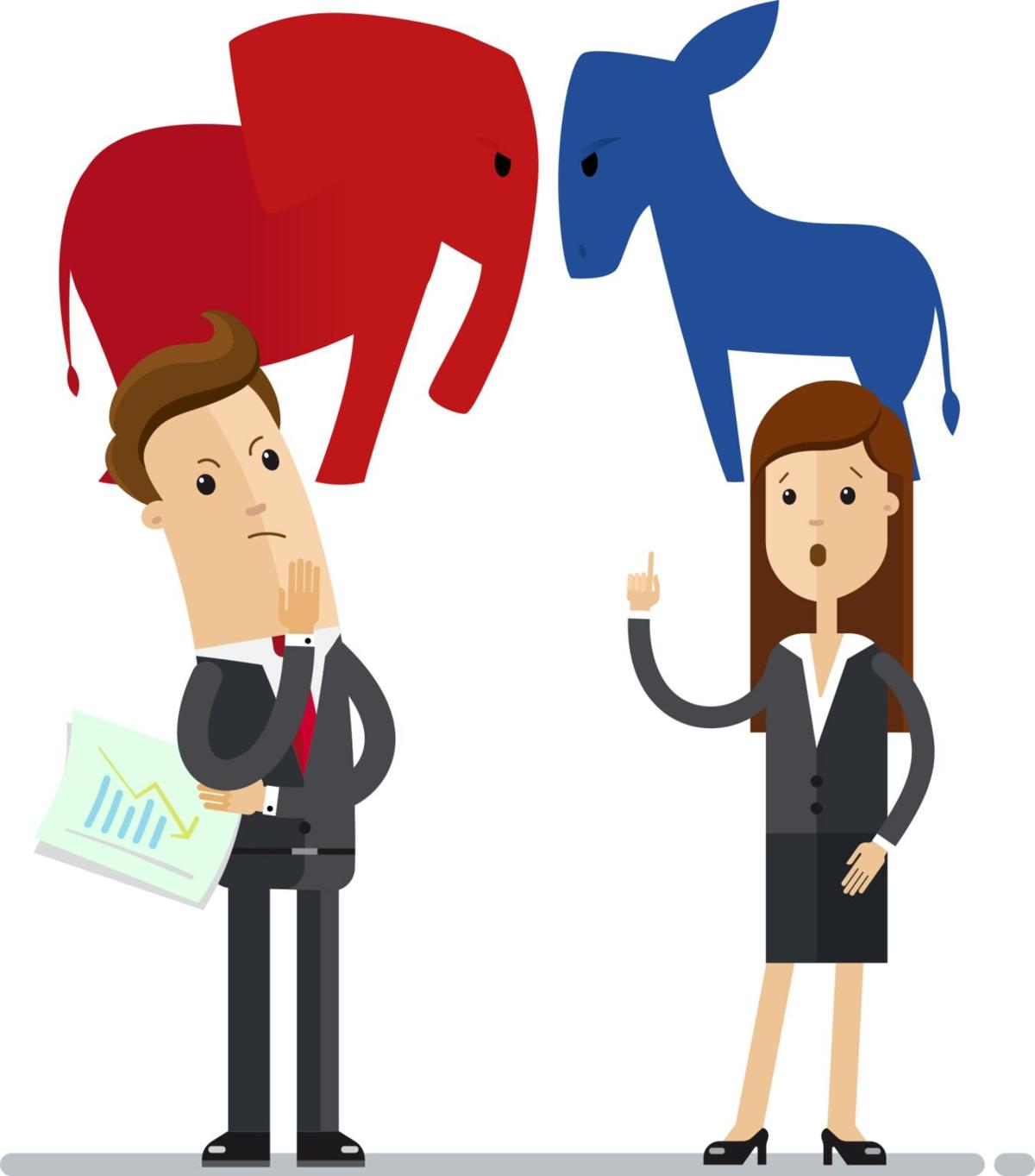 When it comes to chatting in the break room, two Colorado-based employment lawyers advise employees to leave politics out of the conversation.

“I would say more often than not I would recommend that employers try to avoid having their employees talk about politics at work,” said Evan Withrow, an attorney with the Employers Council in Colorado Springs. “A lot of employees aren’t aware, and even maybe some employers aren’t aware, but at a private business, employees don’t have a First Amendment right.”

While the First Amendment protects against government censorship of political viewpoints, for the most part private business owners are allowed to police employees talking politics in the workplace, Withrow said.

“If you allow employees to talk about politics at work, invariably it leads to potential issues,” he said. “Whether it’s discrimination or harassment, it just kind depends on the subject of the conversation, but political talks can become pretty heated especially depending on the topic.”

More than half the employees who had been uncomfortable or distracted by political expression at work said they wanted their employer to create a policy that addresses discussing politics.

Withrow said neither the U.S. Equal Employment Opportunity Commission nor the state of Colorado recognizes a person’s political affiliation or beliefs as a protected class.

However, Bryan Kuhn, a Denver-based employment litigation attorney, said political conversations in the workplace open up the possibility of discrimination against protected classes, such as religion and race.

“Certain religious groups — and I’m not just talking about the Christian right or Islam, but other groups too — believe there is no separation between religion and politics,” he said. “So with their political beliefs, they will bring their religious beliefs too.”

“And that can hit straight up against a person’s religious beliefs,” he said. “So if [employers] encourage or allow political discussions in the workplace, it can bring issues with what are protected classes in addition to possibly creating a hostile work environment.”

Yet it’s important that employers understand they can’t keep employees from discussing politics at work when it pertains to their employment, such as compensation, Withrow said.

“For example, back when the minimum wage amendment was being voted on in Colorado, if an employee was talking with another employee in the workplace and saying, ‘Hey, we should vote for this because it means our pay will go up,’ that has to be allowed,” he said. “Employers could still ask they don’t talk about it at work but they couldn’t discipline or fire employees if they continue to do so, because that’s their right.”

Employers also can’t regulate or punish employees for talking about politics and the terms or conditions of their employment on social media, Withrow said.

“Now, I think it’s a different story if it is something that is very derogatory or vulgar they are saying, than if someone is just sort of talking about their political beliefs on Facebook,” he said. “Still, any time that employers are policing social media, I recommend they are pretty careful about that because a lot of it is protected.”

“That act allows employees to talk the terms and conditions of their employment,” Withrow said. “So employers want to be careful any time they are policing social media but especially if it touches on the workplace or the things going on there, because it could potentially be protected by the National Labor Relations Act.”

Meanwhile, in Colorado, there is a law that makes it unlawful for employers to prevent employees from political participation, including running for or holding political office, Withrow said.

As for advice for employers who might be dealing with employees arguing about politics at work: The lawyers recommended focusing on the disruptive behavior and not the topic of the disagreement.

“I don’t even know if you have to be concerned with the subject matter of the argument,” Withrow said. “For me, it doesn’t really matter what they are talking about but that the behavior is not appropriate for the workplace.”

Kuhn said he avoids talking politics at the office altogether and believes that’s the best approach to mitigating any potential disagreements between coworkers.

“I really have found that a helpful policy for me and my management team is just to never discuss politics or ask about a person’s beliefs and people tend to follow suit,” he said. “You can have a friendly, cordial working environment without politics.”

On the other hand, there is little employees can do if an employer shares political stances at the office, Withrow said.

“Coming from an organization that represents employers, if an employer asked me would I recommend or suggest they do something like that, I really wouldn’t,” he said. “That’s not to say [employers] can’t do it, because they can. There isn’t any federal law or state law that says employers can’t push their views on their employees, but like I said, that wouldn’t be my first recommendation.”

“I would say it’s sort of a gray area of the law when employers are suggesting or handing out voter guides to vote for candidates that would, say, be favorable for an organization, whether it’s from a regulatory or legislation standpoint,” he said. “But, if employers are just sort of saying or making suggestions that you should vote for a certain person — that’s not coupled with any sort of employment action — I would say that the employee just has to tolerate it.”

Typically around election time, the Employers Council experiences an uptick in the number of employers calling for guidance on handling employees talking politics at work, Withrow said.

“We definitely hear about it more often around this time,” he said. “I also will say the most recent presidential election probably sparked more calls and questions from employers than previous ones, which may be because of the candidates or the issues that were being discussed. But ultimately, I would say it kind of ebbs and flows and depends on the year and the election cycle.”

Who won the first presidential debate?