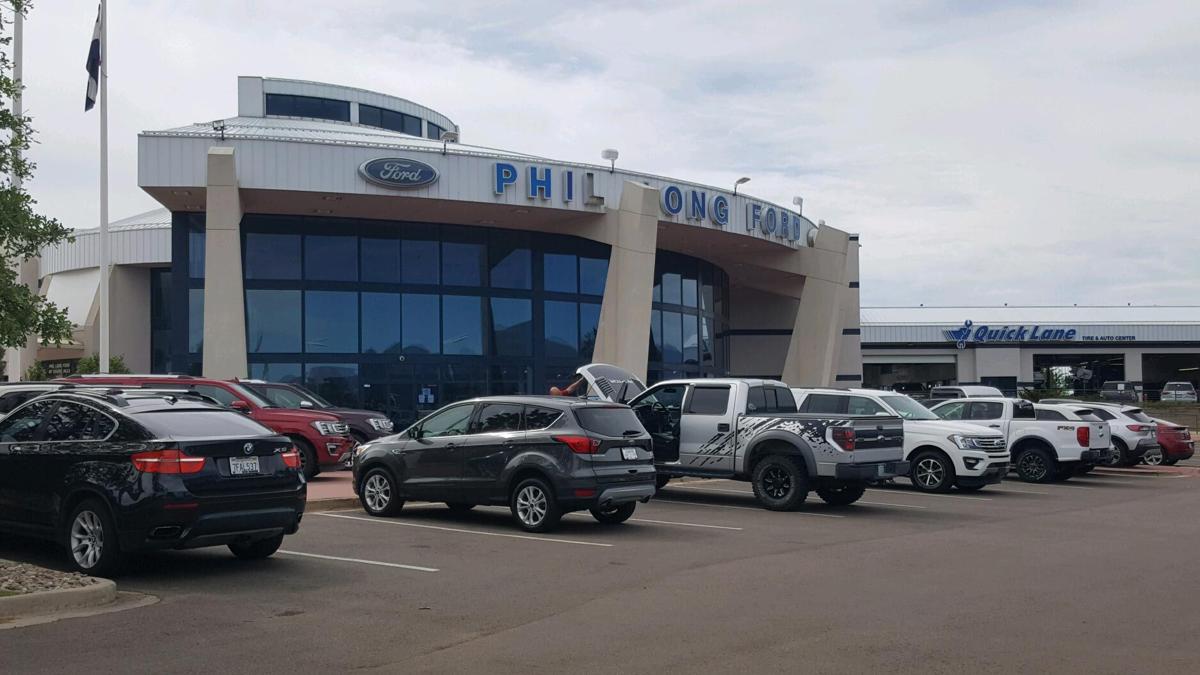 Phil Long Dealerships obtained 11 loans, one for each of its entities statewide, with a combined value of roughly $10 million. 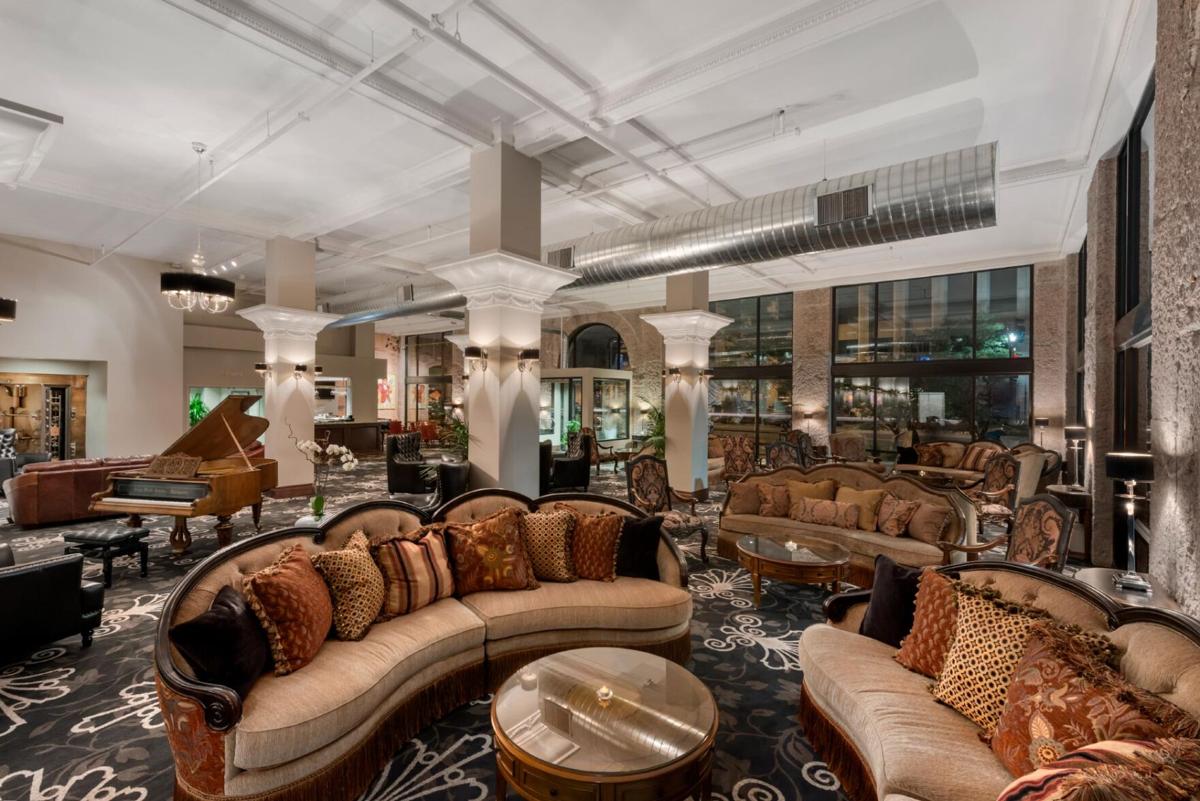 It’s impossible to know for sure what impact the federal government’s small business loan program is having on Colorado Springs’ businesses.

El Paso County Commissioner Stan VanderWerf, who has helped local businesses survive during the economic downturn, said metrics to determine the damage caused by the COVID-19 pandemic won’t be available until late this year or early 2021.

The $2.2 trillion Coronavirus Aid, Relief, and Economic Security Act, enacted in late March and later amended, contained $659 billion in funding through the Small Business Administration for the Paycheck Protection Program that provided forgivable loans to prevent job loss and business failure due to the COVID-19 pandemic. The loans can later be converted to grants not requiring repayment if jobs were, in fact, retained.

The loans were available to small businesses with 500 or fewer employees, nonprofits, veterans organizations and tribal business concerns. The Act also expanded the separate Economic Injury Disaster Loan Program with $20 billion of additional funding under the CARES Act.

The program already has gotten a black eye, though, from giving priority to big businesses, granting money to high-profile mega enterprises such as the Los Angeles Lakers (which returned the money), and simply not responding to some who have applied.

Curious about how those local businesses that obtained loans are getting along, we contacted a sampling of the roughly 1,100 firms and nonprofits in Colorado Springs that received the largest amounts possible under the program — $350,000 to $10 million — with the goal of retaining thousands of jobs.

Many either didn’t respond or declined to comment, but a few had something to say. One large vehicle dealership reports a positive experience in retaining 1,000 jobs among its 11 entities, while a small business support center’s leader said the program is rife with “gaping holes and inconsistencies.”

But one thing is certain: Despite some help from the program, the local economy has been hit hard, and lots of jobs that evaporated might never return.

“Our small business community was and is devastated by the pandemic,” said Aikta Marcoulier, executive director of the Pikes Peak Small Business Development Center. The SBDC is not part of the SBA, but is a “resource partner” that supports educational needs of small businesses and provides guidance on SBA programs, including PPP.

“Loss of tourism and loss of sales required regional businesses to lay off their employees,” she said. “Hence, the high unemployment rate. The PPP loan program came out after businesses made these difficult decisions.”

The SBA, after months of secrecy, on July 6 disclosed names of recipients whose loans range from $350,000 to $10 million. The SBA still hasn’t identified those who received loans under $350,000.

Millions of dollars went to some of the highest-profile businesses and nonprofits in the area, some of which didn’t disclose the number of jobs they hoped to save. Whether jobs eventually return due to the PPP program won’t be known until year’s end when businesses must either rehire workers or repay the money, at 1 percent interest per year.

In Colorado Springs, the potential infusion totaled hundreds of millions of dollars.

Five local companies got the biggest loans available — $5 million to $10 million. Those include, with the loan amount, number of jobs to be retained and banks that made the loans:

Developers also sought loans, including Elite Properties of America Inc., whose loan of up to $5 million was said to save 175 jobs. Some of those receiving loans of $350,000 to $1 million are Challenger Building LLC, which plans to save 37 jobs; Colarelli Construction Inc., which wants to save 45 jobs, and Nor’wood Limited Inc., 40 jobs.

Some businesses got multiple loans. For example, One Source Home Service LLC, obtained two loans ranging from $350,000 to $1 million each and hoped to save 90 jobs.

Phil Long Dealerships obtained 11 loans, one for each of its entities statewide, with a combined value of roughly $10 million.

The money was sorely needed because, as Kevin Shaughnessy, vice president of operations, said, nothing could be worse than the stay-at-home order for a business that relies on person-to-person sales and in-person mechanic work.

Phil Long closed its showrooms, and after the CARES Act was adopted in late March, applied for a series of PPP loans, including for its philanthropic arm and a real estate division, which Shaughnessy described as requiring some “late nights” for the accounting office.

With about $10 million in forgivable loans, the business invited all of its 1,075 employees back to work, he said. Only a few dozen chose not to return, citing lack of child care or being in a high-risk group for COVID-19, he said.

Though the business saw a “steep drop” in revenue in March and April, all the employees were back at work and getting paid, Shaughnessy said.

Which posed a problem. “We typically staff to the need, like most businesses do,” he noted. “We didn’t staff to our need. We brought back 100 percent of employees who wanted to come back. Then we tried to find ways to keep those employees busy.”

The company soon devised a way. It offered free oil changes for all essential workers — those who continued to work during the stay-at-home period, including grocery workers, law enforcement, firefighters and hospital personnel, among others.

Initially planned to span two weeks, the program launched April 16 and continued through May.

“We did 3,500 oil changes during that period of time,” he said. “That was a way to keep our shop employees busy at a time when we didn’t have a lot of traffic to keep them busy.”

While the strategy didn’t generate income, Shaughnessy said, “Knowing we had liquidity to cover payroll gave us the confidence to bring all those employees back and find ways to keep them busy, and, to me, that’s a success.

“I think it’s a program that did what it intended to do,” he added. “Bring people back, preserve jobs at a time when there was a ton of uncertainty.”

Restaurants and hotels have been especially hard hit due to COVID-19.

Given that Colorado Springs, which tags itself Olympic City USA, is home to the U.S. Olympic and Paralympic Committee, it’s no surprise that a lineup of Olympic governing bodies also joined the gravy train. Those included USA Basketball, Triathlon and Wrestling,  $350,000 to $1 million loans; Cycling, Swimming and Volleyball, loans in the $1 million to $2 million range; and USA Hockey, which got a loan of $2 million to $5 million. Together, those governing bodies hope to save 431 jobs.

A few of the other nonprofits that obtained loans:

Silver Key worked closely with El Paso County Public Health’s medical director Dr. Robin Johnson to maintain a safe workplace for its employees, he said, so they could return to work.

“The staff could have chosen to step away from their roles, but they didn’t, because we had the support of the county,” DeaBueno said.

Media and others who have sliced and diced the SBA data have noted significant gaps. As reported by The Colorado Sun about statewide figures, “Most applicants didn’t answer the questions about the business owner’s race, gender or veteran status. Another 1,377 did not list the number of employees they had.”

Small Business Majority Founder and CEO John Arensmeyer said in a release on July 6 that the national database was “a far cry from an accurate picture of the program.

“Across the board,” he said, “there are gaping holes and inconsistencies in the information. Serious questions remain about whether PPP funds were equitably distributed to minority-owned businesses, and there is an alarming rate of small-dollar loans. … The data set makes it next to impossible to determine how well small businesses were served by PPP.”

Commissioner VanderWerf, who leads a local effort to aid businesses by providing small grants, training and guidance through the COVID quagmire, said he’s spoken with several companies saved by PPP. One restaurant that simply planned to close stayed open after county officials urged them to apply for a loan.

But VanderWerf acknowledged that such a massive program launched within days of its late-March approval provided fertile ground for errors and fraud.

“I think it’s fair to say because this program needed to respond fast to coronavirus to be effective, it can’t be perfect,” he said, adding that a lack of implementing instructions could’ve invited abuse.

He also notes that until year’s end or early 2021 when businesses are due to renew licenses and/or file reports with the Colorado Secretary of State, it’s unlikely anyone can know exactly how many businesses folded because of the pandemic, or how many jobs were saved.

One thing is clear. The SBA database of loans contains some pretty big goofs.

Just ask Gary Dutch, owner of Dutch’s Home Improvement Inc. The database shows his company, which set out to save six jobs, got a loan in the $5 million to $10 million range.

But he notes that small PPP loan enabled him to save all six of his employees as his business faltered because of COVID.

“We were able to keep everybody going,” he said. “It was just enough to get us through.”