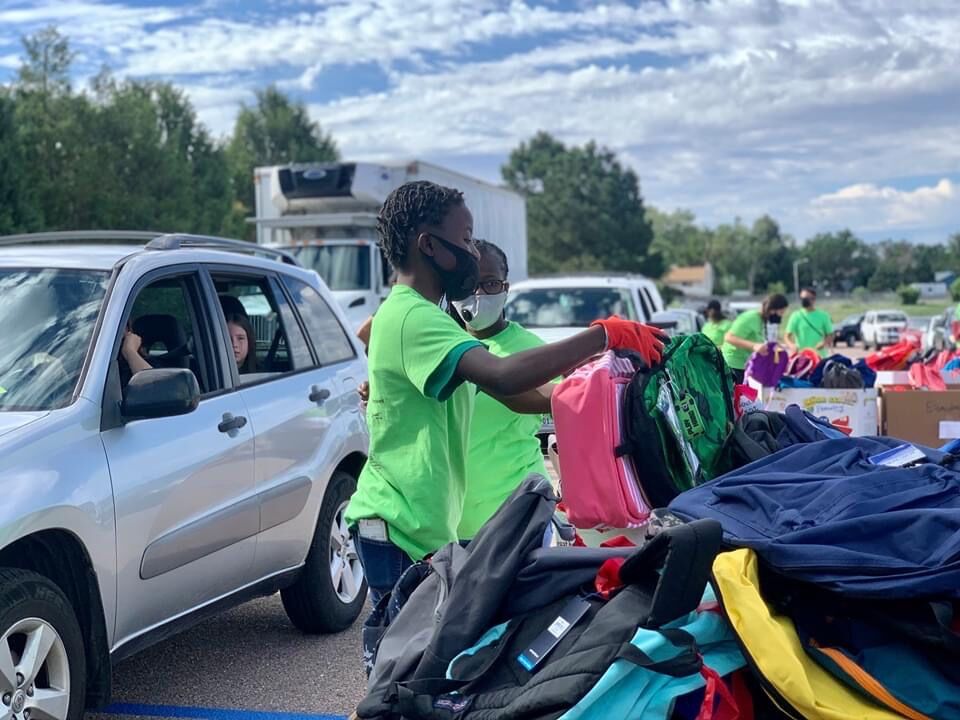 Some nonprofits are shifting fundraising efforts to help others. 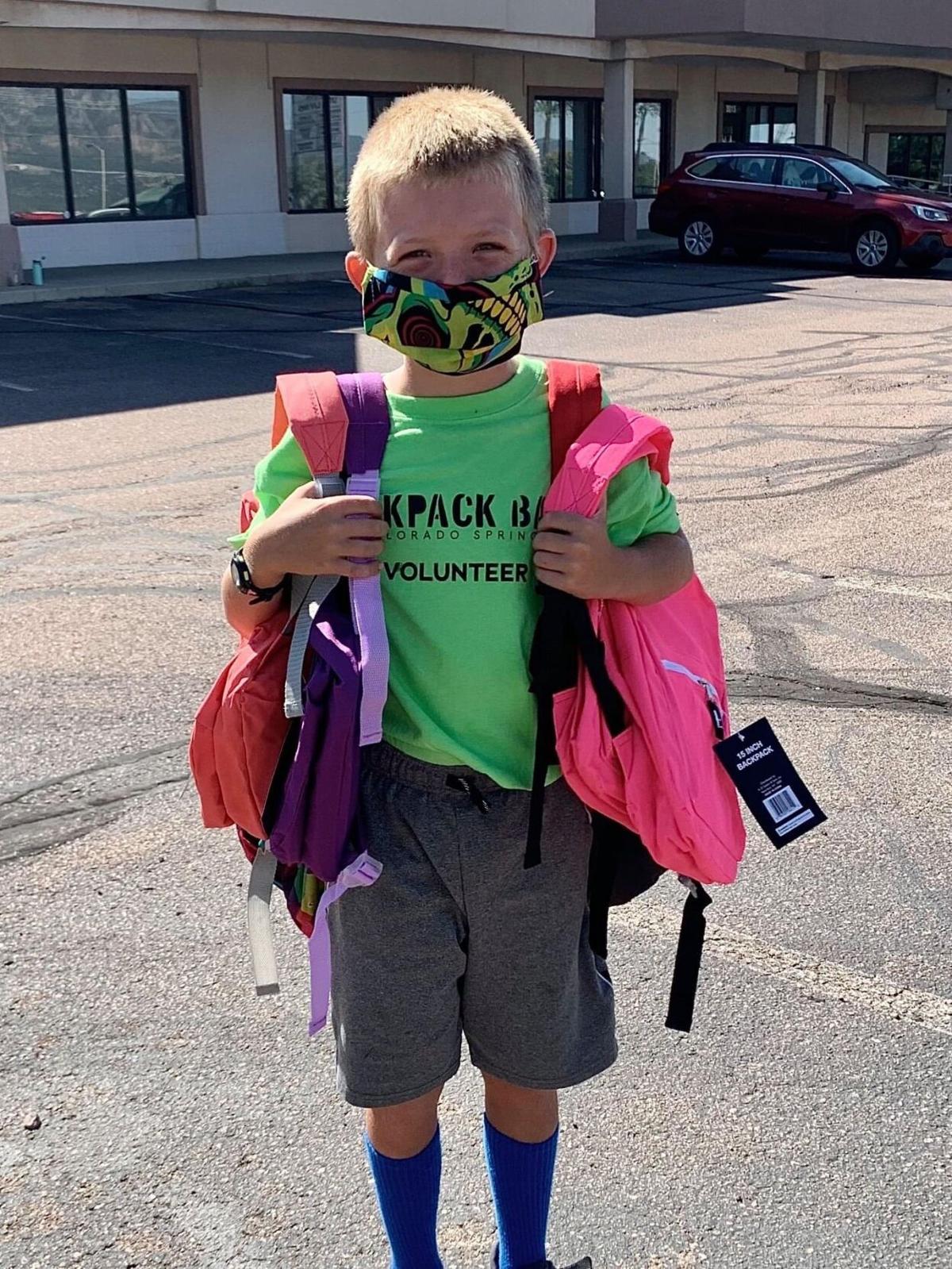 Pikes Peak-area nonprofits have been busier than ever in recent months as they try to meet a tsunami of need caused by the COVID-19 pandemic.

Agency budgets are stretched, demand for assistance is through the roof and many organizations have to offer entirely new services to meet their clients’ most pressing needs.

To understand the challenges nonprofits are facing, the Pikes Peak Community Foundation — which works with local nonprofits  — recently commissioned a survey.

Published at the end of June, it found that 72 percent of 236 responding nonprofits in El Paso and Teller Counties said they have less than one years’ liquid, readily available assets, and almost 70 percent reported having a budget of less than $1 million.

Most organizations reported that their staffing levels have not changed and said they had no plans for layoffs on the horizon, but 20 percent said they’ve already had to reduce staff, and 44 percent of those have also had to cut services.

Most funding sources and budgets have also seen reductions, and while non-grant funding options are generally unpopular with nonprofits, 38 percent expressed interest in acquiring low- or no-interest loans.

Lori Bellingham, the vice president of philanthropic services for PPCF, said that in a typical environment, nonprofits tend to rely on individual gifts or grants for their funding.

Grant funding is always highly competitive, Bellingham said, and COVID-19 relief grants have been no exception.

Several nonprofits also generate large portions of their funding by hosting events, Bellingham said, many of which have been postponed or canceled due to the pandemic.

And funding is being stretched further than ever as nonprofits provide unexpected services outside their usual offerings.

“Organizations may have begun providing services that they never planned to before, perhaps becoming a food pantry, or providing toothbrushes or providing for the immediate needs of their community,” Bellingham said. “So they’re trying to meet unexpected needs at this time … and those are translating into many different expenses at a time when their revenue may be challenged.”

Financial support for unexpected services or expenses was one of the top five current needs identified by respondents to the PPCF survey.

In El Paso and Teller counties — in which nonprofits sustain more than 21,500 jobs and $2 billion in annual direct spending — some organizations are likely to close before the end of the pandemic because of their financial constraints.

But every nonprofit is different. Some have weathered the storm better than others.

Bellingham said the organizations that come out of the pandemic will do so with a clearer understanding of their core businesses, allowing them to emerge with new resiliency.

The Business Journal recently spoke with local nonprofits about the challenges they’ve faced during the crisis.

Joanna Wise, the director of marketing and communications for Care and Share Food Bank of Southern Colorado, said the organization has seen an unprecedented increase in the need for food.

It distributed 38 percent more food during the first four months of the pandemic than it did over those same months in 2019.

From the beginning of March to the end of June, Care and Share has distributed 8.5 million pounds of donated food in southern Colorado counties, with nearly 67,000 pounds donated through its mobile market and nearly 23,000 pounds in COVID emergency food bags.

Before the pandemic, hunger was already a daily challenge for southern Coloradans, Wise said. Care and Share estimated one out of every nine people faced food insecurity.

Now, they estimate that number is closer to one out of every six.

Most of the food that Care and Share distributes is donated by retailers, manufacturers, food rescue programs and local and national farmers. But certain essentials, like peanut butter, must sometimes be purchased.

“We’re finding like any other person who is going to the grocery store that there’s not as much supply for certain foods,” Wise said. “The impact is in the timing of how long it takes to get the food to the food bank. And then there’s also the cost — it’s costing us twice as much now to be able to purchase peanut butter.”

Fortunately, the organization has seen a significant increase in donations during the pandemic.

Wise said they saw “waves of supporters” when the pandemic first hit Colorado, supplying both food and monetary donations.

Care and Share is likely to see a greater demand in coming months. Congress has yet to pass a second COVID-19 stimulus package, even as the additional $600 in unemployment benefits implemented through the Coronavirus Aid, Relief, and Economic Security Act expired July 31.

The delay of schools starting, Wise said, and potential school closures down the line present other obstacles.

“Those are things that we’re having to evaluate over the next few months to see with that increase in need, what do we have to do to be able to serve those kids and families?” Wise said.

“We anticipate that even once we can say that the pandemic is over, that the recovery efforts will be much longer than that.”

In the Pikes Peak region, more than 50,000 people have filed for unemployment during the pandemic and the phones at the Pikes Peak Workforce Center have been ringing off the hook.

Traci Marques, the executive director and CEO of the center, said pre-pandemic, it received about 20 calls per day. In recent weeks, they’ve seen a daily call volume as high as 300.

At the beginning of the pandemic, Marques said much of PPWFC’s activity involved consulting with business on layoff-aversion strategies, which they still do.

But more recently, PPWFC has been more involved in answering unemployment questions.

The workforce center, which is the American Jobs Center for El Paso and Teller counties, has shifted some of its workshops to a virtual platform.

Using relief funds from El Paso County, they also opened a temporary location on North Academy Boulevard in a large space that provides the technological tools jobseekers need to search for employment and compile resumes, while still accommodating for social distancing.

Its permanent office on Garden of the Gods Road could accommodate about six people in a socially distanced environment, and the new building can accommodate more than 50 people at a time.

The temporary office is currently leased through December, but the lease potentially could be extended into next year, Marques said.

The bulk of the center’s funding comes from the U.S. Department of Labor and is determined by a 20-year allocation formula, and has remained stable.

Because of the increased demand, Marques said the organization has had to hire nine new employees to help handle the load.

“The [new employees] are really important because the people that we’re seeing coming into our doors that need help with job-search assistance and job coaching are able to work one-on-one with someone to coach them into another job or help them discover what they want to do next,” Marques said.

Long-term, it’s unclear what the impacts of the pandemic will be on the workforce and the American Job Centers that help serve it.

“It truly is anyone’s guess,” Marques said. “In terms of what resources are not only going to be available now for the immediate need, but what are the long-term effects this is going to have on our workforce?

“Those are some of the things that we’re talking about with our community partners to help shed some light on.”

Pikes Peak United Way has been “busier than we’ve ever been,” said CEO Cindy Aubrey.

The organization has been focusing on fundraising, taking calls on behalf of the El Paso County Public Health, partnering with other nonprofits to distribute food, and hosting some of its usual philanthropic programs like its annual backpack giveaway, the Backpack Bash.

The local United Way has undergone some major shifts during the pandemic. It’s transitioned from traditional fundraising efforts to help support nonprofit agencies providing essential services, like rent and utilities assistance, as well as other basic needs.

Aubrey said the nonprofit has received thousands of calls in recent months and the 2-1-1 line has had a 200 percent increase in call volume.

The increased demand has also led to the addition of more services.

“We have added to our 2-1-1 staff, increased food distributions, delivered food to homes with a team of other nonprofits and are working with El Paso County to distribute $1 million in CARES funding for local non-profits,” Aubrey said.

The organization normally uses volunteers for its efforts, and Aubrey said the nonprofit has seen declines in participation. She said many families have volunteered and that the organization is taking strict precautions to prevent the spread of COVID-19, including requiring masks, social distancing and checks for symptoms for volunteers.

So far, United Way’s funding has not been significantly affected by the pandemic, but future fundraising efforts could change that. They’re currently gearing up for their 2020-2021 fundraising campaign.

But despite the numerous challenges posed by the pandemic, Aubrey said many nonprofits and churches have been stepping up to the plate and performing “extraordinary work.”

“These organizations could not do the work they do without help from the community,” she said.

“We have helped many people who were ashamed to ask for help – but didn’t know where else to turn.”