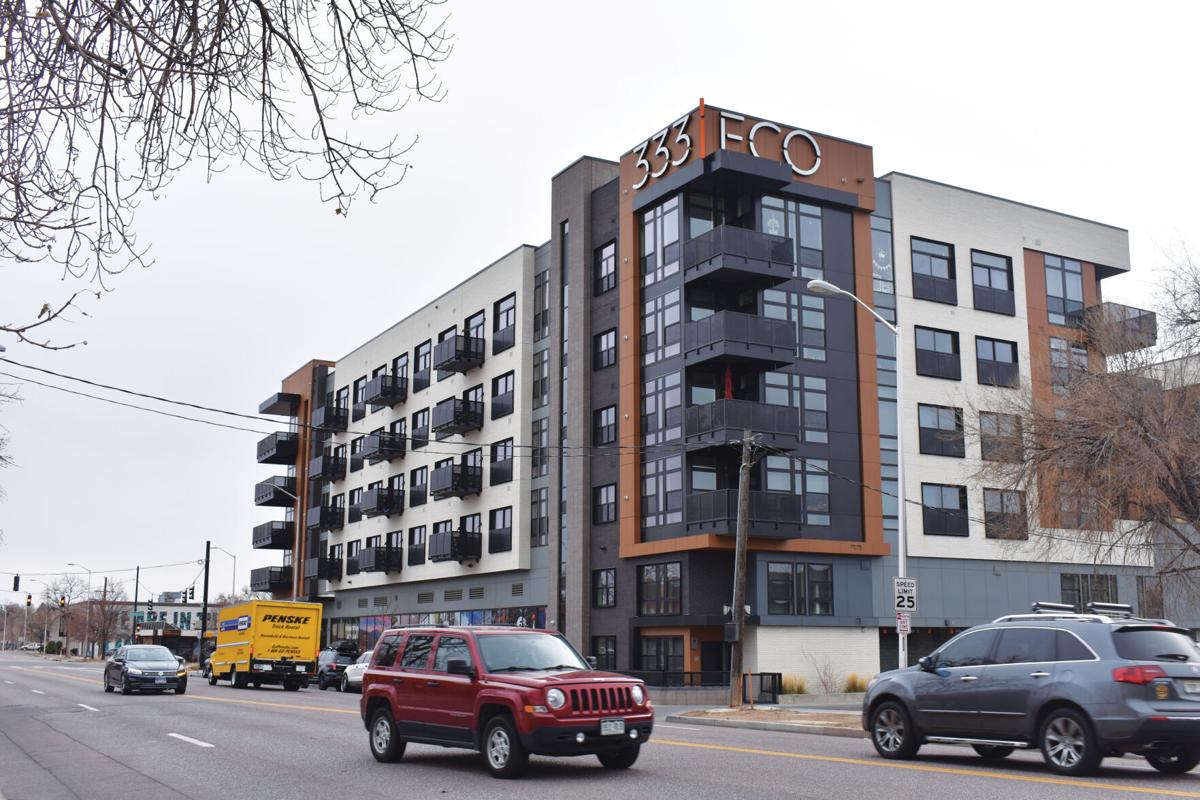 333 ECO is one of several downtown multifamily projects that are either completed and occupied or in the works. 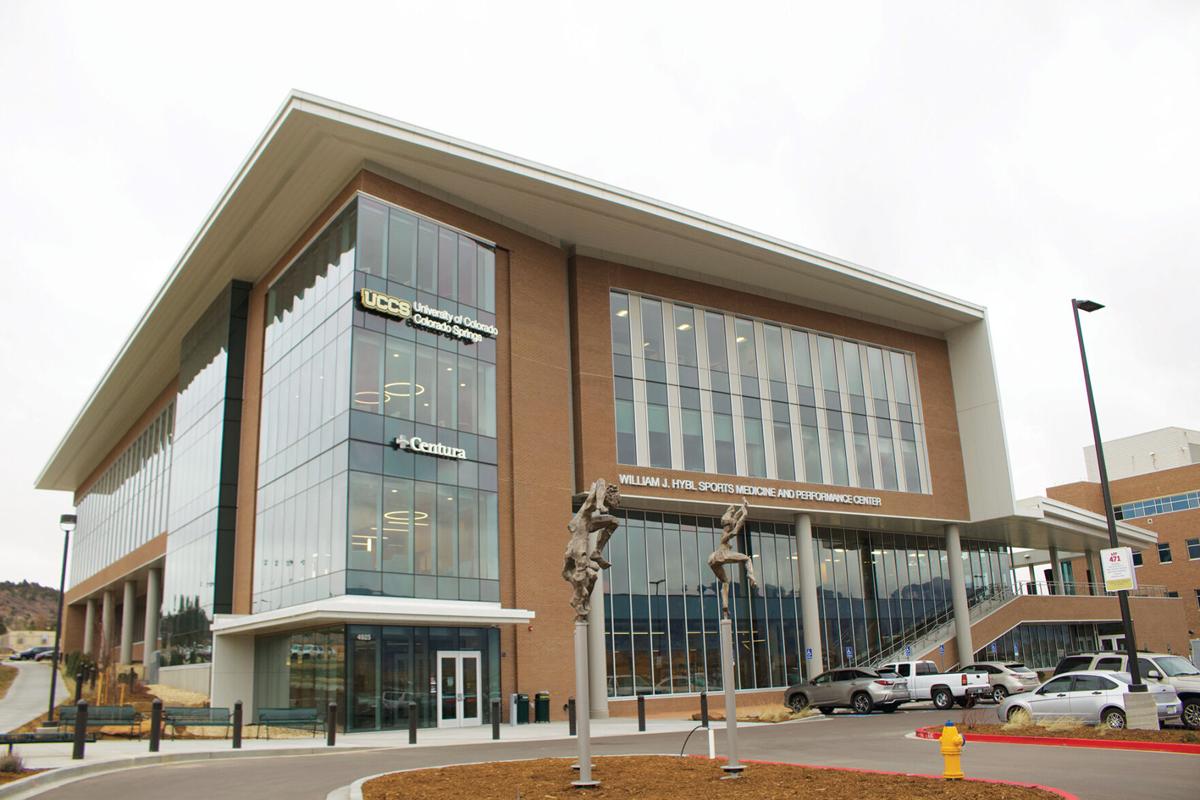 While the COVID-19 crisis has hurt a number of industries — primarily retail and restaurants — the commercial real estate and construction industry has been able to weather the storm.

He emphasized the importance of collaboration in commercial development projects.

“I think that’s one of the keys as we talk about projects moving forward — the kind of partnerships that people are going to need to put together to get projects done,” he said. “Obviously UCCS and Penrose St. Francis Health Systems, part of Centura, was big, but the people that put together the City for Champions work, the city was involved, and all kinds of folks that got involved in this thing — and to watch it come together and to see that level of cooperation was really a pleasure from a designer standpoint. We were the architect of record, but HOK, out of their St. Louis office, was the design architect, so we were able to work with them. That’s the kind of thing I think you’ll see more and more of. You’ll see this thing where maybe an expert architect and a local architect get together to bring our community this kind of project.”

Coppedge also noted the design-build project delivery method — where designer and contractor work together from the beginning of a project — which streamlined the construction process.

“One of the keys to this one, it was a design-build project ... and we did target cost modeling, so that project was essentially on-time and on-budget from day one,” he said. “If we needed something a little fancier or a little bigger someplace, we had to take that out of somewhere else. I think that’s a key in the way projects are going to be designed in the future.”

Jim DiBiase, a principal broker with Olive Real Estate Group, gave insight into developments at Colorado Springs Airport. Southwest Airlines recently announced that it will provide service from Colorado Springs starting March 11. “A lot of what goes on in this city is interrelated to the tourism business,” said DiBiase. “The tourism industry is actually the third-largest employment sector in Colorado Springs. It brings about 23 million annual visitors a year to the city, has an economic impact of about $2.4 billion a year. The average leisure traveler that comes to this city spends about $167 a day in our town. A business traveler, add about $50 to that per day. What people don’t realize is about 19 percent of the people who visit Colorado Springs stay for a minimum of five days. Airlines like Southwest are starting to get in front of that to see that there’s going to be demand here.”

With the growth of the airport and nearby Peak Innovation Park comes a demand for more businesses in the area. “With all the growth that we’re seeing in the business park and deplanements anticipated to almost double with the arrival of Southwest and Space Force being headquartered here,” said DiBiase, “we thought there was a hole in the marketplace for new hotels in the airport vicinity. We felt that it was time to actually have some hospitality services and restaurant services and conferencing services down at the airport business park. We’re going to be constructing a Residence Inn and a Courtyard [by Marriott] with a conference facility down there. We had hoped to break ground by now, but with COVID, we pushed out almost a year in anticipation again of things not ramping up very quickly in the hospitality industry. This project right here represents about $50 million of investment.”

As infrastructure and development projects grow the area near the airport, DiBiase hinted that there might be additional future investment in Colorado Springs from Amazon, which announced construction of its fulfillment center at Peak Innovation Park in February.

“When Amazon [builds] a facility of this size — and frankly there’s only a couple of them nationwide of this size — that typically is a precursor that they’re probably going to start bringing Prime Air Service into the marketplace,” said DiBiase. “I think we have all the tools it takes to bring the Prime Air into Colorado Springs. I have a Department of Defense client that works very closely with Amazon Web Services, and I know that there’s discussions going on internally about Amazon actually building a large data center presence to service the military here locally in town.

“They’re also talking about future software development jobs in Colorado Springs. People say, ‘Whoop-de-do! A fulfillment center.’ This is going to give us 2,000 to 3,000 full- and part-time jobs. Once a company like Amazon gets a toehold in a marketplace like Colorado Springs, they look to expand — especially if you have a friendly business climate, which we do.”

Tim Seibert, vice president ofNor’Wood Development Group, outlined the latest developments with Nor’Wood’s residential projects in downtown Colorado Springs. “[333] ECO and The Mae on Cascade are both open now,” he said. “We have 171 and 177 units respectively in those. We’re excited to bring more housing and to create a true ‘live, work, play’ environment in Downtown.”

Nor’Wood has also partnered with Springs Rescue Mission to provide housing for individuals trying to transition out of homelessness.

“Greenway Flats, that is a true option for the lowest-income people in our community, takes people right off the street through a partnership with Springs Rescue Mission and puts them into one of the 65 units we have, which is permanent supported housing,” Seibert explained. “It’s not just a roof over their head, it actually tries to assimilate [homeless people] into [becoming] a productive member of the community, providing housing, job training and other life skills.”

“Despite the pandemic, there’s been a lot of construction and a lot of new development that is still in the works in Colorado Springs.

“Our newest project, where we’ve just started construction, is 322 East Vermijo Street,” he said. “It’s 154 units that are going to be brought to market below the average median income for El Paso County. Our goal is to bring in average rents for this project in 80-90 percent AMI for the majority of these units, to round out for all these projects a variety of rent structures. Those are one-off projects, or site-specific projects.”

Seibert also gave updates on Nor’Wood’s ambitious Southwest Downtown development project, which he says will be anchored by the United States Olympic & Paralympic Museum and Hall of Fame.

“When you look at the achievable development over the next 20 years, we believe that there can be over 4,000 dwelling units, 750,000 square feet of new office space, new retail and restaurant space to create dining, activity districts, as well as a flagship hotel offering over 500 rooms,” he said. “This is a multiple decades-long project, but represents a $2 billion investment over the course of the redevelopment of this area. We have three projects that we’re working on actively at the moment. One is a residential project that would anchor the west side of the [Olympic Museum] bridge. Currently we’re calling it Parkside, there will likely be a more creative name as we move forward, but that is a total, in two phases, over 300 dwelling units that would anchor either side of the bridge with mixed-use opportunities on the first floor. We’re looking at an office building at the No. 2 location, and then a hotel to the north at the intersection of Vermijo [Avenue] and Sierra Madre [Street].”

Even though COVID-19 has dealt a blow to the local economy, the success of commercial developments give some a reason to be optimistic.

“Despite the pandemic, there’s been a lot of construction and a lot of new development that is still in the works in Colorado Springs,” said Tammy Fields, senior vice president of economic development for the Chamber & EDC. “Our community is thriving in many, many ways, and the Chamber & EDC is proud to be a part of a good portion of this activity.”

Welcome to the discussion.

Keep it Clean. Please avoid obscene, vulgar, lewd, racist or sexually-oriented language.
PLEASE TURN OFF YOUR CAPS LOCK.
Don't Threaten. Threats of harming another person will not be tolerated.
Be Truthful. Don't knowingly lie about anyone or anything.
Be Nice. No racism, sexism or any sort of -ism that is degrading to another person.
Be Proactive. Use the 'Report' link on each comment to let us know of abusive posts.
Share with Us. We'd love to hear eyewitness accounts, the history behind an article.

Have you spent money on pickleball in the last year?