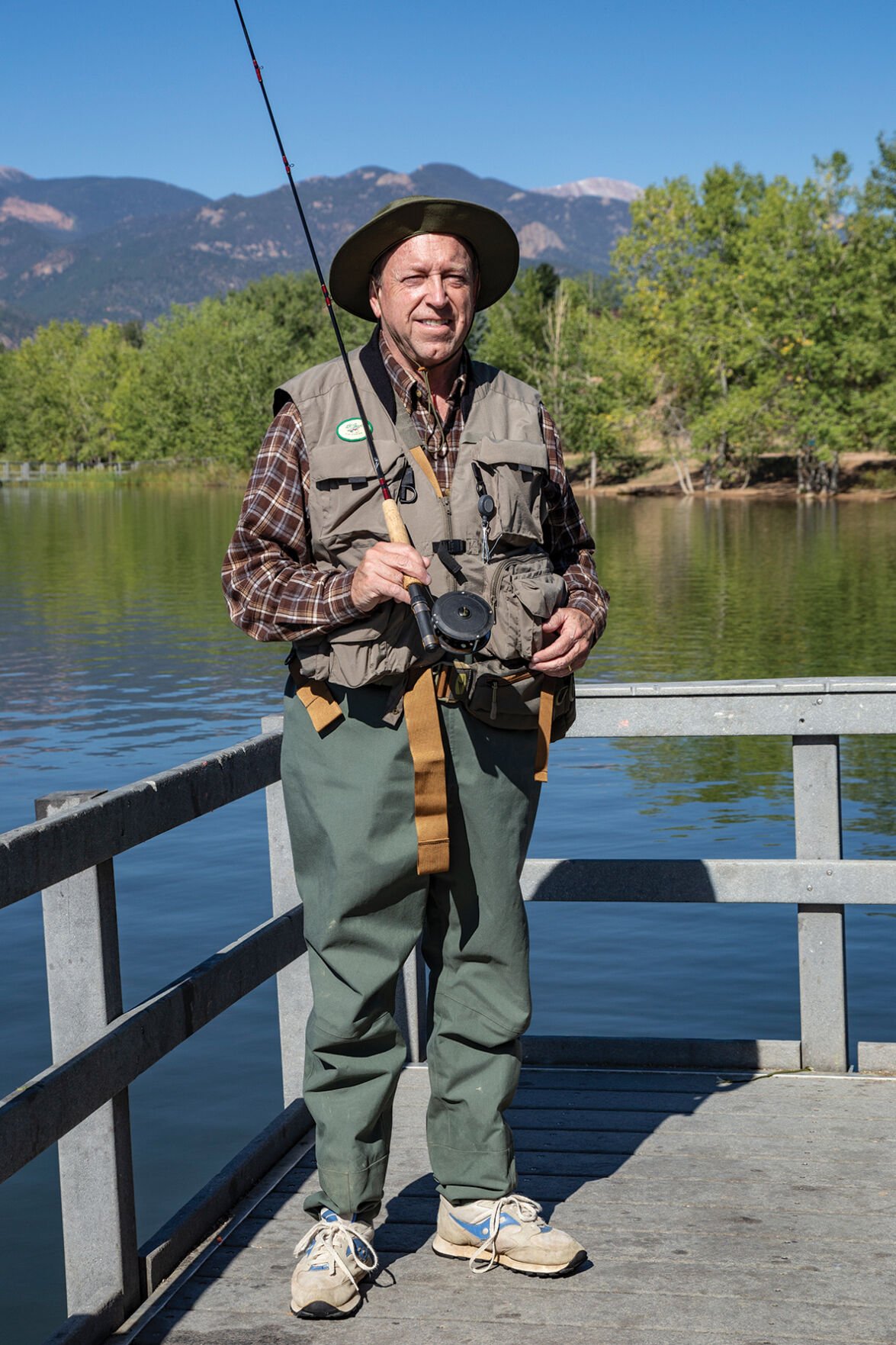 Mayor John Suthers poses for a photo in fly fishing gear that will appear in a “Then and Now” sesquicentennial exhibit in July at Library 21c. 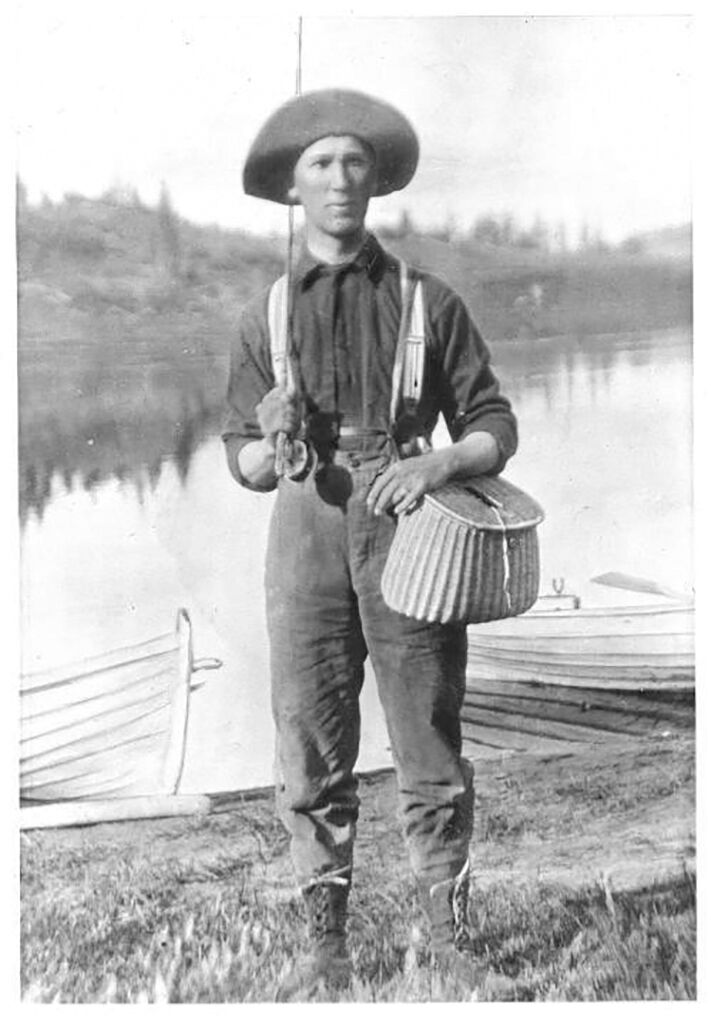 George Birdsall, mayor in the 1930s, was the model for Suthers’ photo.

On Feb. 1, Mayor John Suthers plans to start growing a beard for the city’s sesquicentennial. By July 31 — 150 years after Colorado Springs’ founders drove the first stake to mark the city — Suthers said he’ll be ready to party like it’s 1871.

As he enters 2021, Suthers also will write his annual to-do list on an index card he keeps under the glass on his desk.

The Business Journal asked Suthers to talk about his top priorities for 2021, what the city can do to facilitate economic recovery and how plans are going for the sesquicentennial celebration.

So what’s on your to-do list for this year?

Economic resiliency is still going to be a huge part of what we’re doing in 2021. Two [other] things I do have on my mind: One, I think a decision will have to be made the next month or two whether we go to the voters on a renewal ofTOPS [Trails, Open Space and Parks 0.1 percent sales tax]  — whether we go in the April city election or November. There’s some polling out that would determine whether it’s simply a renewal or whether it’s a very slight increase. TOPS does acquisition but also provides some dollars for maintenance. I’ve let the parks advocates know that if there’s any increases involved, I think it should go to the maintenance portion of the formula. We’ve done a pretty good job of parks acquisition. Our problem now is we can’t maintain and build out all the land that we’ve acquired.

The other one is obviously there’s a city council election. Six of the nine city council seats are up. So I have an interest in making sure that I still have a city council that is on the same page in terms of moving the city forward. I’ve felt fortunate over the last six years to work well with the council in moving forward in terms of addressing infrastructure and job creation. And I’m hoping we’ll have a council when this is all said and done that we can continue to do that.

The 2021 General Fund budget projects a 5.3 percent increase in spending above the 2020 budget. Where is the additional revenue going to come from?

This is complicated. We cut expenditures about $20 million in 2020. We then reduced that as we brought some people back later in the year as things looked better. We also got $37.5 million in CARES Act money. By law that all had to be spent by Dec. 31, and it could only be spent on COVID-related expenses, like personal protective equipment … [or] on first response, including payroll. So in anticipation of the uncertainty of 2021, we have spent all that money. We can then take the under-expenditure from our savings in 2020, transfer it to reserves and take it back out in 2021, to make sure that we can provide all the necessary services that we need to do.

We don’t anticipate getting 5.3 percent more revenue next year than we had in 2020. If COVID gets over quickly, there could be a bunch of pent-up demand for tourism. It could be a great year, but the budget we tendered is kind of assuming it’s not. It still has a 5.3 percent increase because of the way we’ve been able to manage these dollars through 2020 into 2021. It’s basically carryover dollars.

Your budget message to council states the city anticipates exceeding Taxpayer’s Bill of Rights revenue limits by more than $6 million in 2021. Will that still be the case, given the passage of ballot measure 2A, which allows you to keep excess TABOR revenues and sets 2019 as the new base year?

That is no longer the case, and here’s why. I submitted my budget on Oct. 1. I had to assume that issue 2A did not pass. If 2A had not passed, we would have had to ratchet down $10 million to $12 million. Our base would have gone down. Because of that, even if we got back to close-to-normal growth next year, because of that ratcheted-down base, we would have had a $6 million surplus that we had to refund to the voters. But because we didn’t have to ratchet it down, that $6 million is going to be within our anticipated allowable growth, and it won’t be surplus. So as of now we’re projecting that we will not have a TABOR surplus in 2021 because we don’t have to ratchet it down.

What can the city do to help small businesses recover?

The city’s been working very hard with philanthropy and downtown partnerships and grants and things that help businesses. But in terms of actual city dollars, council is going to approve a sales tax rebate for restaurants. It will be a rebate of any sales tax they earn in November, December, January and February, and we will rebate it in February and March. You only will be eligible for that rebate if, on the basis of our sales tax records between third quarter 2019 to third quarter 2020,  your taxable sales have declined 5 percent or more. This is so we don’t give sales tax rebates to the Chick-fil-As and others that are making more money than they ever dreamed about. It’s only up to a maximum of $70,000 sales a month, which would equate to $1,400 sales tax revenue a month. So this is not going to fix everybody’s problems, but it may allow you to keep an employee on, and may help keep you open. We believe at the present time our maximum exposure is about $2 million doing that.

The other thing is, I spend a lot of time every week with the governor and with the health department advocating for small businesses and suggesting that more restrictions aren’t what’s needed at this point in time.

What strengths does the Pikes Peak region have that will contribute to economic recovery?

No. 1, about 40 percent of our economy is military that’s been a very reliable segment largely unimpacted by COVID. As of now, there has been no reduction in military spending. The downside of being so dependent on the military is if there’s significant reductions in the Pentagon budget, it’s going to impact your community.

No. 2, construction: I don’t see it abating. I see more commercial construction, and I see residential construction. Yes, people are getting laid off in some of the service things [like] tourism. But we are still attracting tons of people in cybersecurity and software engineering; these are well-paid jobs and people are looking for homes. We seem very, very resilient in that regard. So absent a non-COVID national recession or big cut in military spending, I think 2021 will be a decent year for us, despite the early portions probably being impacted by COVID.

In what areas are we going to have to continue tightening our belt?

In the 2021 budget, we did a couple of things that in a normal year, we wouldn’t have done. There are no raises in the 2021 budget — no merit increases, cost-of-living increases or what we call market increases [that bring employees to market rates]. The only increases are what are called step increases. So for example, let’s say a policeman is a Class 3 patrolman, and based on pure seniority, he moves to Class 2 patrolman. There’s a little bump involved there; he or she will get that bump.

We have carried over the departmental reduction. We made everybody reduce their operational budget by 2 percent, and we did not reinstate that money.

Let’s talk about something a bit more fun — the city’s 150th anniversary celebration.

There’s a committee that’s working on lots of fun things. We’re going to have a photo exhibit that begins in July at Library 21c. A photographer has been doing a lot of hard work, collecting 1871 pictures, and what the places in those pictures look like now. I’ve even done a couple of pictures of what a former mayor looked like in a fly fishing outfit and what I look like in my modern-day fly fishing outfit.

We’re going to have, hopefully, commemorative Christmas ornaments. But the big blowout is going to be July 31, That’s going to be kind of a joint celebration of the sesquicentennial and the kickoff of the Olympics. Yeah. By that time, obviously, the Vermijo [street improvements] will be done all the way down to the [U.S. Olympic & Paralympic] Museum. A lot of this stuff will go on from the Pioneers Museum to the Olympic museum.

We’ve got to get the Philharmonic back in business — there’s some labor issues there. Hopefully, that will all straighten itself out. So we hope that happens.