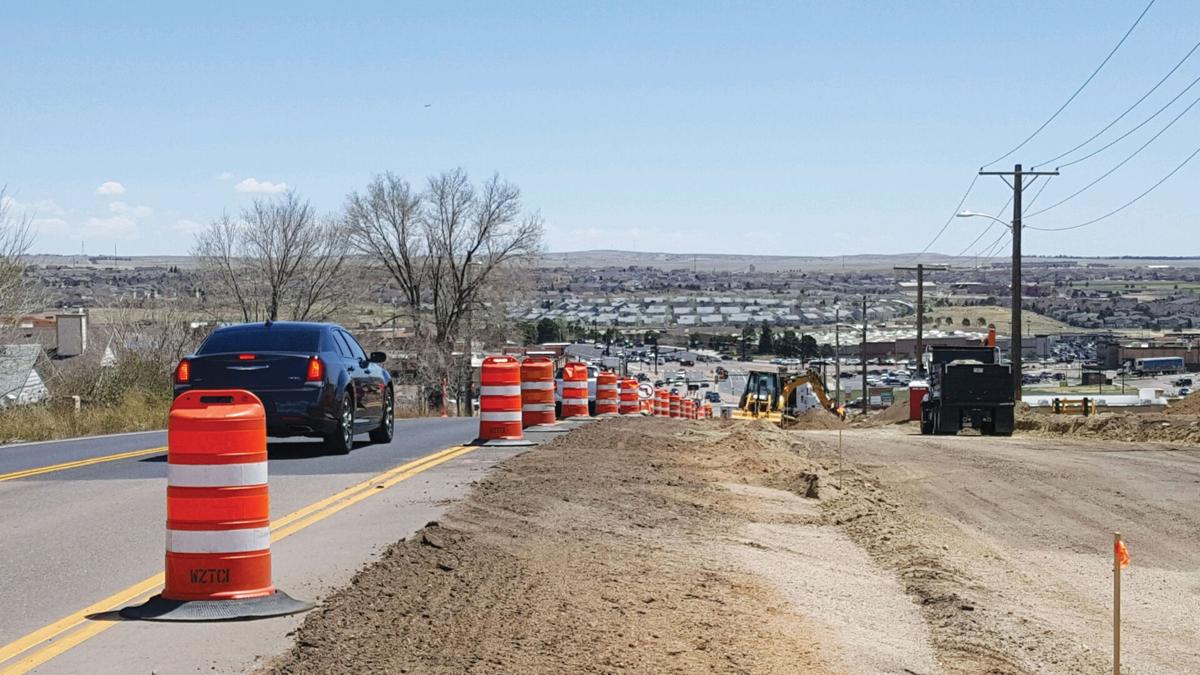 Steep cuts to the city’s budget, which would impact needed infrastructure projects, were anticipated due to the COVID-19 pandemic, but the local economy proved to be resilient, Mayor John Suthers said. 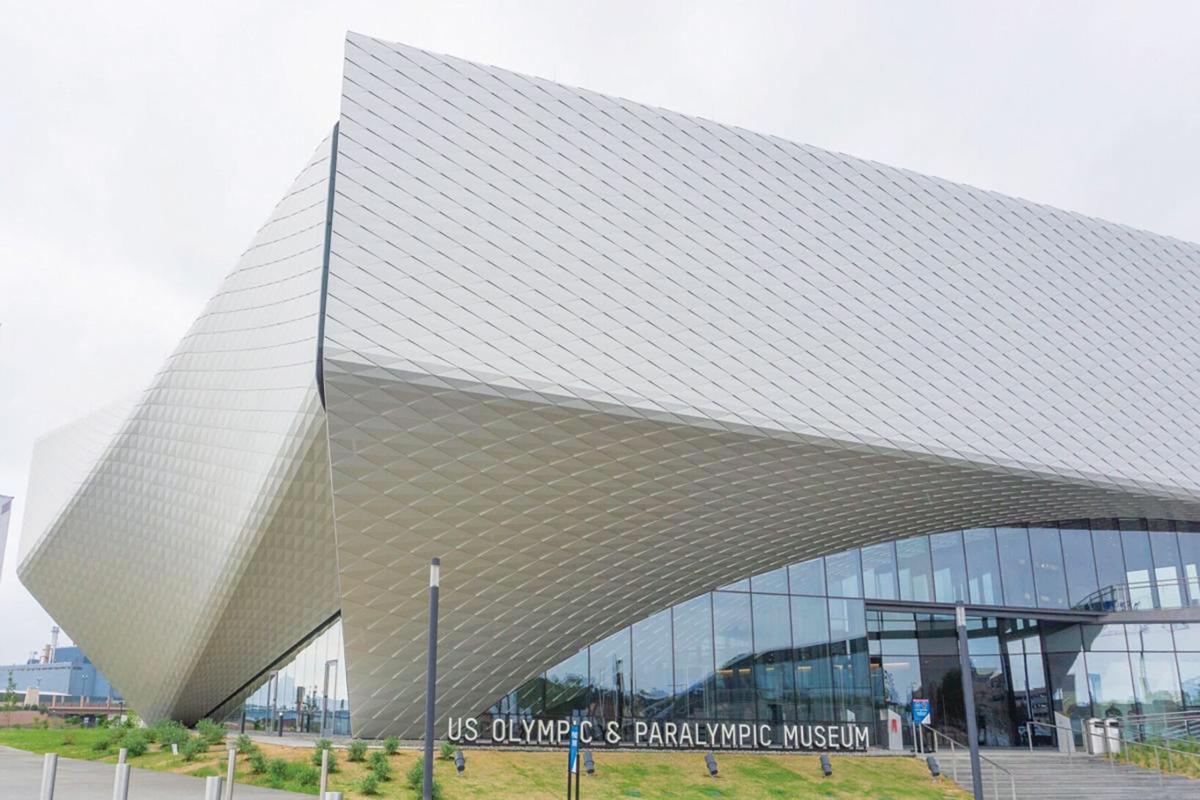 The United States Olympic & Paralympic Museum and Hall of Fame opened this year.

Mayor John Suthers has a good track record of achieving the goals on his annual to-do list. But one item has moved from list to list for the past couple of years.

That item was resolution of the stormwater litigation against the city.

Three years ago, the U.S. Environmental Protection Agency, along with several other agencies, sued the city over violations of the Clean Water Act. The suit alleged the city had failed to require developers to install stormwater runoff controls.

The agencies won a partial judgment in November 2018 in U.S. District Court. The city was facing hundreds of millions of dollars in fines, but the agencies agreed to negotiate a settlement.

“I’m pleased to say that, absent some very unforeseen circumstances, the judge will be signing off on that settlement … before the first of the year,” Suthers said.

The $45 million settlement would impose about $2 million in fines, $1 million of which would go to the federal agency and $1 million to the state for a mitigation project on the lower Arkansas River.

It also requires the city to spend about $41 million in addition to what it had already committed to in its 2016 intergovernmental agreement with Pueblo. The IGA required Colorado Springs to spend $460 million over the next two decades to improve its stormwater system to prevent pollution from washing downstream.

“We’ll have to do a few projects that weren’t included in that,” Suthers said. The city will also have to spend about $2 million in administrative costs, monitoring and auditing, over the next 20 years.

The city has improved its stormwater program since voters approved a reinstatement of stormwater fees in November 2017.

But progress on the settlement was delayed when District Court Judge Richard Matsch, who was handling the case, died in May 2019.

Now, at long last, it looks like the case is nearing conclusion.

“Everything we’ve done helped mitigate what it costs us to settle with the feds,” Suthers said. “I feel pretty good about it.”

The potential impact of the settlement on stormwater fees won’t be determined until after the first of the year, but Suthers said the fees likely would remain “fairly low in relation to most cities in the United States.”

Suthers said he thought the settlement’s requirements were “the most agreeable terms possible considering the issues that the city created for itself over the last couple of decades.”

Another item on Suthers’ 2020 list was “Project Rodeo,” the city’s code name for Amazon’s distribution center at Peak Innovation Park.

“Last year, we were still calling it Project Rodeo,” Suthers said “Not only can I use the name now, but you can drive by there, and you’re looking at the biggest building in Colorado.”

Amazon has made additional investments, including a third building at the airport business park.

“They’ve acquired some other buildings in Colorado Springs, so their investment’s huge,” Suthers said.

“When things shut down in April, I thought, oh my gosh, this is going to be really bad,” he said.

Although restaurants, lodging properties and many small businesses have suffered, some aspects of the city’s economy turned out to be incredibly resilient.

“There has really been unabated work in both residential and commercial construction, and that has been huge for us … generating jobs and use tax,” Suthers said.

Suthers cited the Amazon project, Pikes Peak Summit House, Scheels All Sports, and several of the City for Champions projects — the U.S. Olympic & Paralympic Museum and Hall of Fame, and the William J. Hybl Sports Medicine and Performance Center, which have been completed, and the Switchbacks’ Downtown Stadium and Robson Arena at Colorado College, which are progressing toward completion next year.

On the residential side, “people are moving here, people are buying homes,” he said, and when they buy homes, they buy furniture, supplies and other items they need for their new homes.

“I think we made some fundamentally good [budget] decisions,” Suthers said. Instead of laying off or furloughing city employees, the city instituted a hiring freeze, giving departments like police and fire the latitude to fill critical open positions. It also deferred major capital projects and asked all departments to reduce their operational budgets by 2 percent.

“We were prepared to cut $20 million or more from the budget,” Suthers said. “But then we saw things start to improve. By July, we were up to where we had been in the last year [in revenue], and in September we were 10 percent over last year, despite tourism being down 40 percent.”

“That essentially guarantees that we’re going to get through 2020 without any further damage,” Suthers said. “We may be down $5 [million] to $10 million for the year, depending upon what December looks like, and that would have been significant if we had to ratchet down, say, $10 million in our future TABOR calculations, but we’re not going to have to do that, with the help of the voters.”

Voters approved ballot issue 2A, allowing the city to keep $1.9 million in revenue collected in 2019 above the TABOR cap. The measure also set 2019 as the base year for calculating tax revenue growth so the base would not drop to the lower 2020 level.

For El Paso County Board of Commissioners Chair Mark Waller, the darkest day of 2020 was April 1, the day Sheriff’s Deputy Jeff Hopkins lost his fight with COVID-19.

“For me, the loss of Deputy Hopkins brought home the cold reality of what we were facing and foreshadowed many dark days to come,” Waller said during his annual State of the Region address, held virtually this year on Dec. 9.

“In spite of those dark days, this community came together,” he said. “Hundreds of people donated time and scarce materials to sew thousands of masks for area doctors, nurses, first responders and essential employees.

“Our friends at the Pikes Peak United Way organized the efforts to man the Regional Office of Emergency Management phone bank to provide information to frightened citizens. People rallied to support essential workers, restaurant owners and other small businesses as they leaned in and dug deep, even into their own personal savings accounts, to stay open.”

Waller praised the efforts of county personnel who rallied to meet the COVID-19 challenge.

He noted that Pikes Peak Workforce Center Executive Director and CEO Traci Marques “safely and successfully opened her doors and phone lines to thousands of job seekers, businesses at risk and the recently unemployed who desperately needed the help.”

All of the county’s 2,850 employees, from these leaders to first responders who put their lives on the line every day and Department of Public Works employees who paved and repaired many miles of roads, “answered the call,” he said.

“While COVID has dominated our efforts, I’m proud to say we never lost sight of our day job,” Waller said.

• Distribution of $13 million in CARES Act funding to the El Paso County Business Relief Fund, which provided an average of $16,000 to each of 864 businesses and nonprofits. Waller said an economic impact report showed that these funds, which did not have to be paid back, saved some 11,700 jobs and protected $1.1 billion in economic output.

• Direct assistance of $1.9 million from the Housing Trust Fund to affordable housing projects including Freedom Springs and the Atrium at Austin Bluffs, and another $82 million in private equity bonds to jumpstart projects such as the Creek at Cottonwood and the Winfield Apartments.

• Addition of the Pineries Open Space in Black Forest.

• A “fair, transparent and credible election” run by County Clerk and Recorder Chuck Broerman and his team. “Because of their efforts, we can have faith in our local mail ballot system,” Waller said.

“2020 has been one of the roughest years anybody can imagine,” Waller said. “But I know this — we’re going to get through it. And better days are going to come … because of the outstanding leaders and individuals dedicated to our county.”

Editor’s note: Read an in-depth Q&A with Mayor John Suthers in the Jan. 1, 2021, edition of the Colorado Springs Business Journal.