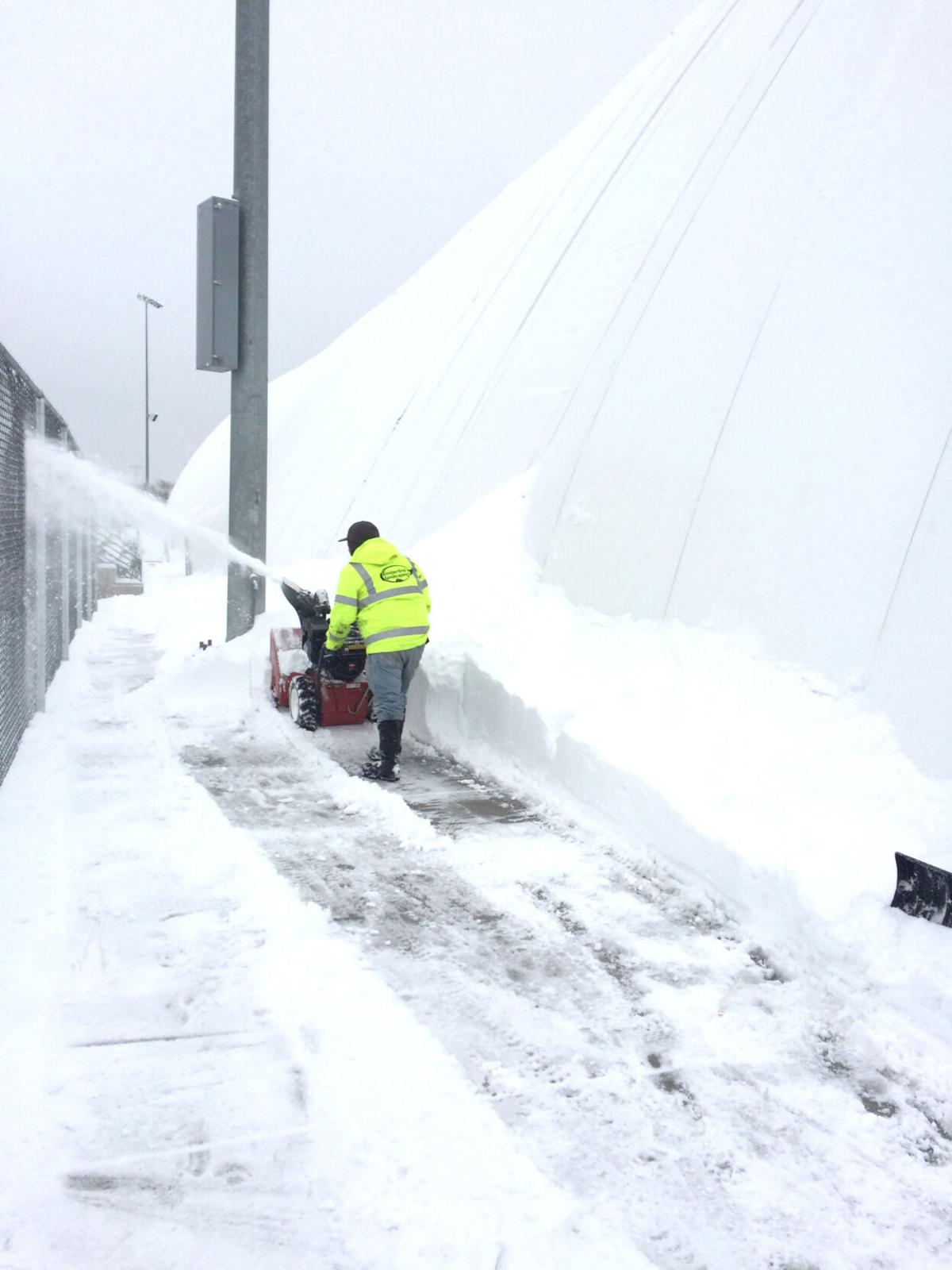 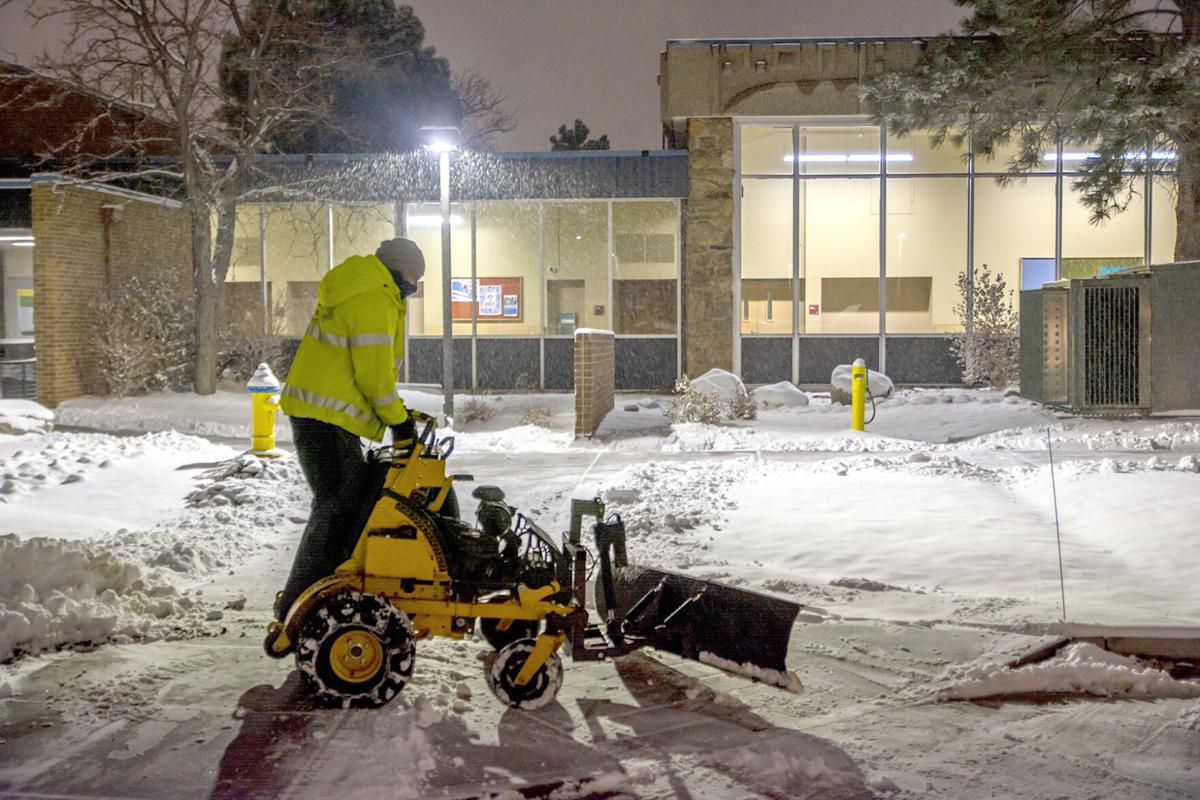 “Sprinklers are designed typically not to be in areas subject to freezing, but all kinds of things can happen,” Deputy Fire Marshal Kris Cooper said. “Lots of times those systems run through attic spaces, dropped ceilings and mechanical spaces.”

The department responds to alarms that go off automatically when sprinkler lines activate.

“Our standard protocol is to investigate the alarm and mitigate the situation,” Cooper said. “If there’s sprinkler water flow, we identify where the water’s flowing, shut off the control valve and help drain the system.”

When crews arrived at the hospitals, Cooper said, “the facility maintenance folks had already gotten the systems shut down, We helped make sure everything was stabilized and helped with water cleanup and then pointed them in the right direction. They’d already gotten hold of their sprinkler contractors to come out and make the repairs.”

The breaks did not interfere with patient services at the hospitals.

“Patient areas, as well as patient care procedures and treatment, were not affected, and we are grateful to our facilities teams at both campuses who have worked tirelessly to ensure the safety of our caregivers and patients,” said Andrea Sinclair, communications field advisor, Penrose-St. Francis Health Services.

Between Feb. 12 and 18, “we had a record of in the neighborhood of about 126 sprinkler breaks,” Cooper said, “and there’s been a few more since then. It’s been many years since we’ve had a rash like that.”

Sprinkler repair companies and plumbers had to spring into action during and after the polar vortex swooped into the Pikes Peak region and temperatures plunged to record lows of -15 degrees.

Utility services suffered minimal disruption, but gas and electric usage spiked, and businesses and residents can expect to see that reflected in next month’s bills.

Father & Sons Plumbing & Drain, a small, local plumbing company, also saw an uptick from the normal number of calls for service the week after the freeze, said Jo Dozier, co-owner with her husband Bill Dozier.

“We just took them as they came in,” she said. “It filled up our days.”

Most calls concerned pipes that had frozen and cracked when the water within them expanded.

“When it thaws is when the water starts leaking,” Dozier said. “You can’t do much of anything when the pipes are frozen.”

The usual measures to protect pipes in the cold — dripping water to keep it flowing, keeping cabinets open so heat can reach the pipes — didn’t work because of the unusual cold.

“A lot of people that never had problems before did have pipe breaks,” Dozier said.

Timberline’s Chief of Strategy Stephanie Early said many of these businesses have year-round contracts with the company. Those clients include offices, government buildings and tourist destinations.

“We do a lot of commercial snow removal for clients that have properties with a trace level tolerance, which means that if there’s even a trace of snow, that services are performed to ensure that it’s safe,” Early said.

When there’s more snow accumulation, “these storms take a little bit longer to clear, and they impact us with the time spent and the resources thrown at it,” she said.

The Valentine’s weekend storm, with 3-5 inches of snow across most of the city, didn’t have as great an impact as the bomb cyclone of March 13, 2019, which dropped more than a foot of snow in some locations.

A number of clients for whom Timberline does winterizing and snow removal also use the company for landscaping and maintenance in the summer, Early said.

Damage to landscaping may have occurred as a result of the very low temperatures during the Valentine’s Day weekend.

“Some of these cold snaps can do damage to trees that you won’t see until later in the year,” she said.

Early recommended that businesses and homeowners regularly water their landscapes in the winter.

“People assume that with storms like this, there is enough moisture for their landscapes over the winter, but that is definitely not the case,” she said. “It typically takes 10 inches of snow to give you the amount of moisture that one inch of rain will provide. It’s important on some of these warmer days to give your landscape a little bit of water with a hose. It’s especially important if you have a newly planted landscape,” she said.

“If we need help, they are available to sell us energy,” he said. The same is true for natural gas, as Colorado Springs is connected to an interstate pipeline network.

“A lot of people that never had problems before did have pipe breaks.”

“We are used to designing, constructing and operating systems that will withstand cold and extreme heat,” Benyamin said. “As we see more of these abrupt changes in weather, we are totally ready.”

The utility did see a spike in demand during the cold snap, as furnaces and heaters ran 24 hours a day for several days.

“We don’t have the final numbers, but it’s safe to assume there’s going to be an adjustment upward” on utility bills, Benyamin said.

The amount of the adjustment will depend not just on usage, but fluctuations in pricing.

Colorado Springs Utilities prepurchases natural gas when prices are low and stores it with the system so it can be withdrawn when demand and/or prices are high.

“That helps reduce our exposure to the spot market,” Benyamin said.

While local utilities worked with very little disruption during the cold spell, “we learn from these things,” he said, “and we make sure we are constantly learning and making adjustments to our infrastructure.”

Businesses and individuals can also learn to use resources wisely during extreme events.

“Businesses can shift some of their production into different time frames to shift peak demand,” he said. Businesses and individuals can lower their thermostats to a comfortable but reduced level and avoid burning lights when possible.

Preparing in advance for extreme weather is another lesson Benyamin hopes businesses and individuals have learned.

“We have been trying to focus more and more on weatherization and insulating,” Benyamin said.

CSU offers rebates and incentives for businesses to reduce energy use through installation of high-efficiency equipment and lighting.

Replacing older, less efficient healing and cooling equipment, motors and pumps and lighting can pay off throughout the year with lower utility bills and can help reduce peak demand.

Businesses can consult with CSU about qualifying for custom energy rebates that can reduce the upfront cost of efficiency upgrades as well as ongoing operating costs.

Rebates and incentives also are available to residential customers for replacing clothes dryers, furnaces and other equipment with energy-efficient models and for insulating buildings.