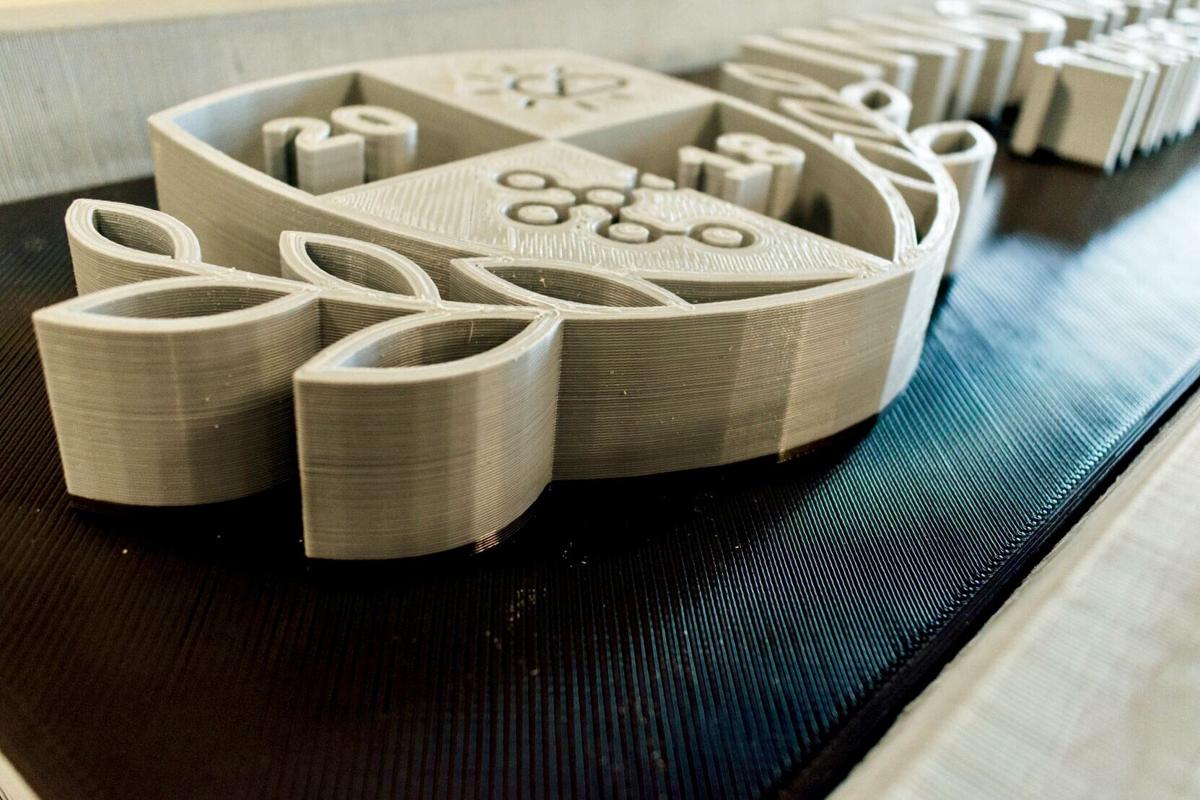 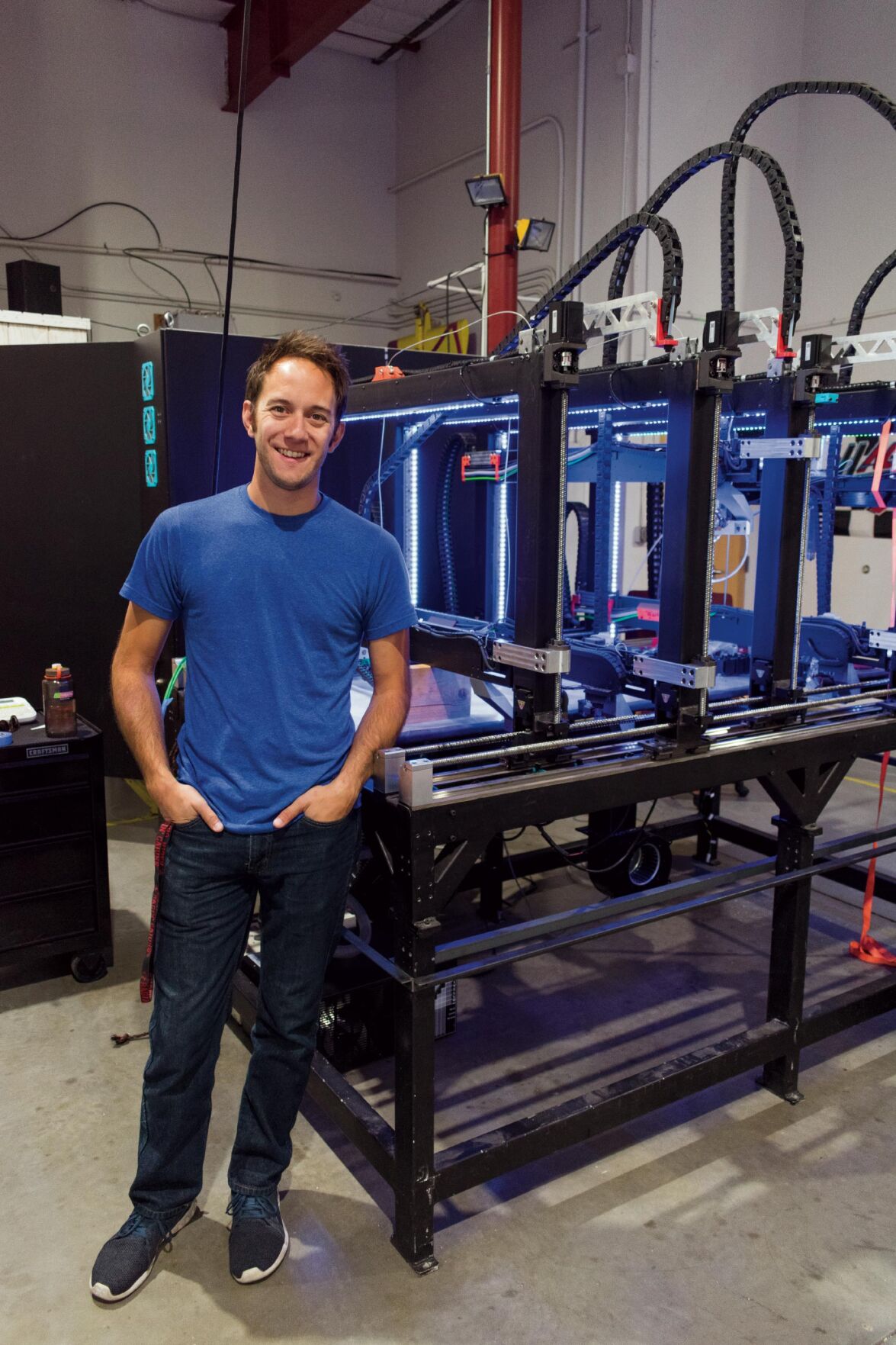 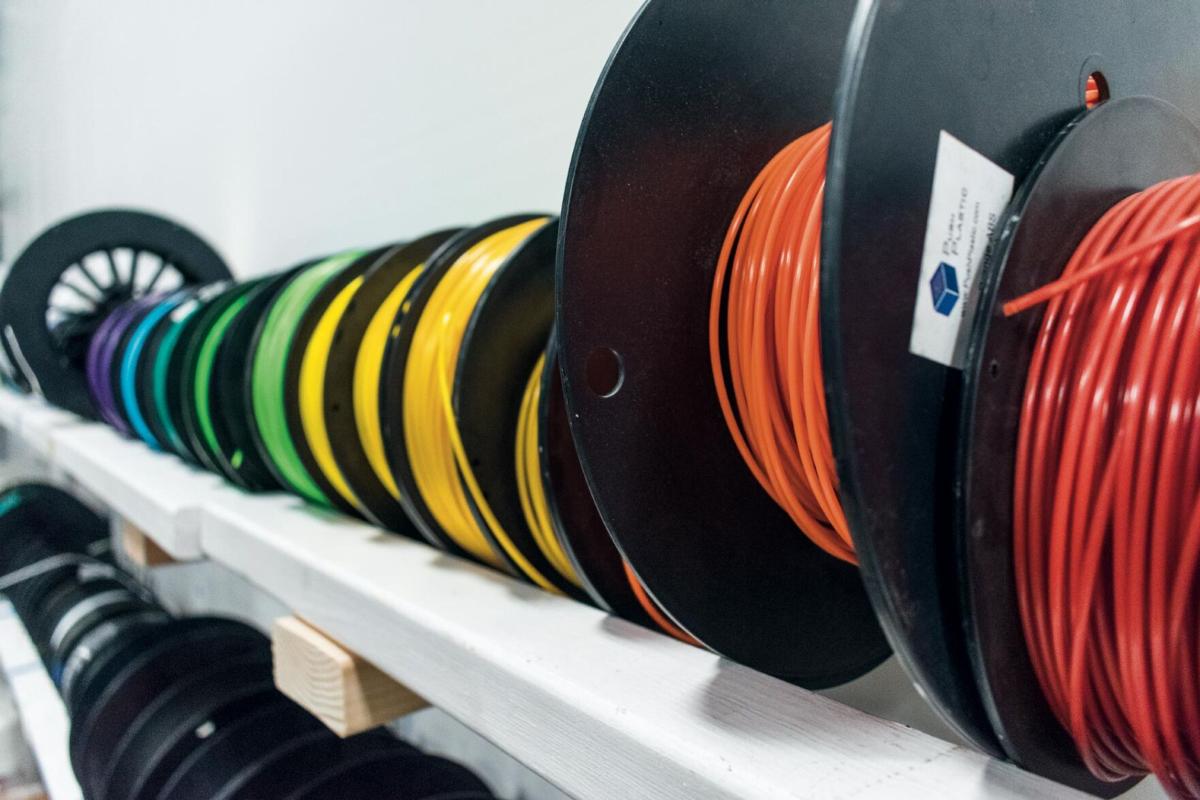 3D printing has already showed its value in everything from custom prosthetics to earthquake-proof houses — but the way Clay Guillory sees it, the next wave of change will ride on close collaboration between businesses and expert 3D printing production companies.

Clay is founder and CEO of one of those companies, Springs-based Titan Robotics, which specializes in industrial 3D printers and purpose-built systems, additive manufacturing and production solutions.

Joining big ideas and smart solutions is the key, he says, pointing to an Australian firm that hoped 3D printing could be the answer for part of their hybrid rocket assembly. Gilmour Space Technologies brought their big idea to Titan, Clay said, “and they were expecting a week and a half to print a rocket — and we did it in 12 hours. They were like, ‘OK! So how do we get one [of these printers]?’

“It’s kind of co-inventing processes, depending on the application,” he added. “And that’s how you change, that’s how you move the needle — by proving out how this technology works for their application, getting it into mainstream production, and then we’re off. That’s how 3D printing’s going to change the world. It’s not through every mom and pop and little kid getting a 3D printer in their house — it’s going to be this way, in my opinion.”

Showing a cell phone video of the rocket being tested in rural Australia, he said, “This one was pretty cool. That’s 15,000 pounds of thrust … it’s a screaming banshee when they light it off.”

Titan ships to companies all over the world — producing finished 3D-printed items and manufacturing both standard and customized 3D printers for other manufacturers to use.

“This is a five-headed 3D printer,” Clay said. “It’s actually five machines on one bed, so it can print a big part as a team without colliding with other machines — they split up the whole part into jobs and print one part.”

They also manufacture chambers to surround industrial 3D printers, which capture the higher temperatures needed to produce, for example, the stronger plastics required for “exotic, space-grade or engineering grade” use.

New 3D printing technology is impacting every industry, he said, from aerospace and automotive and military to traditional plastics manufacturing, foundries — even clothing and mannequin companies.

The 3D printing industry is “exponentially growing. It’s not like this,” he said, with his arm held at 45 degrees, “— it’s on a spike. We’ve seen it in our company; we’re doing three times the revenue of last year already.

And it’s changing the landscape for the big guns.

It’s not just boosting speed to market; 3D printing is reducing the costs for traditional manufacturers.

“[Traditional manufacturing] is really expensive: You have to have molds and tools and subtractive machines and thermoforming machines — but we bridge that gap with one type of technology,” Clay said.

In this way, he said, 3D printing will supplement and streamline manufacturing, rather than disrupting it in the traditional sense.

It’s Titan’s position as a leader in novel pellet extrusion technologies that keeps it ahead of the curve in a rapidly changing field, Chief Marketing Officer Maddie Guillory said.

“We use injection-molding type pellets instead of the filament. The filament’s the string on the spool, and you’re really limited in what materials can be put onto the spool and printed with,” she said. “By using the pellets you can use hundreds of different materials; you can use the more exotic, high-temperature or highly filled — so they have glass or carbon fiber in them.”

The pellet extrusion concept has been used elsewhere, Maddie said, “but I think what Clay has done is really refined it and made it accurate enough and fast enough to be used in 3D printing.”

Clay added that pellet extrusion is so fast and cost-effective compared with filament 3D printing that it now competes with other forms of manufacturing.

“So that’s what is the 10x leap and the cost is 10x less, so we’re kind of jumping our multiples twice,” he said. “That’s really what’s propelling us to the next level.”

Speed and price aside, it’s also about pushing the boundaries of using higher-grade materials and unique materials developed for a specific application.

“For example in aerospace they have really specific requirements for their materials,” Maddie said. “Traditionally those materials either can’t be 3D printed with or are very, very difficult, so you’re limited. But with pellet extrusion that door opens.”

These leaps ahead in 3D printing technology are “getting a lot of businesses to think outside the box,” she said. “We’re definitely in that space of the bigger-scale manufacturing. … 3D printing is really getting out of the hobby realm. I think [hobby applications] will always be there — it’s always going to provide that outlet — but changing how everyday products are made and how infrastructure is made, is where it’s going. And that’s where we see the business, the opportunity.”

Pikes Peak Library District has a total of 10 3D printers available to the public, and Becca Cruz, manager of the Creative Computer Commons at Library 21c, says staff at the Makerspaces see a surprisingly broad range of users and applications.

“We don’t keep super close track of what everybody’s doing, but we’ve had people from teens coming in because they had an idea that they wanted to create, to adults who use the machinery … for prototyping, trying something out before they send it to a big manufacturer, and want to get it just how they want it before they take that financial plunge,” she said. “I’ve heard of people using them for their businesses.”

The Makerspaces at Library 21c, Sand Creek and East Library, where the printers are located, offer video training, testing and assistance, and charge 5 cents per gram for the plastic filament. The 3D printers are hugely popular — often all booked out at once — and the technology provides an avenue for creativity and the entrepreneurial spirit, Cruz said.

“People just make some of the most beautiful things sometimes, and it’s really neat when you see the creativity that people have,” she said. “I’m always blown away by how people can look at some technology, and they get this amazing idea and they’re able to do it.

“Even when it’s the teens and they’re using it to print something related to a TV show or comic book they’re really excited about — the fact that they’re doing that and they’re learning about the technology is a way that prepares them for the future workforce and can help them to see how they could use that in the future for business or their personal lives,” she added.

“It’s giving them another way to use their ingenuity and creativity.”

Note: This story has been updated to correct the spelling of Gilmour Space Technologies in the third paragraph.

Have you considered switching careers since the pandemic began?