Low inventory has buyers overbidding for homes by an average of 4 percent beyond list price. 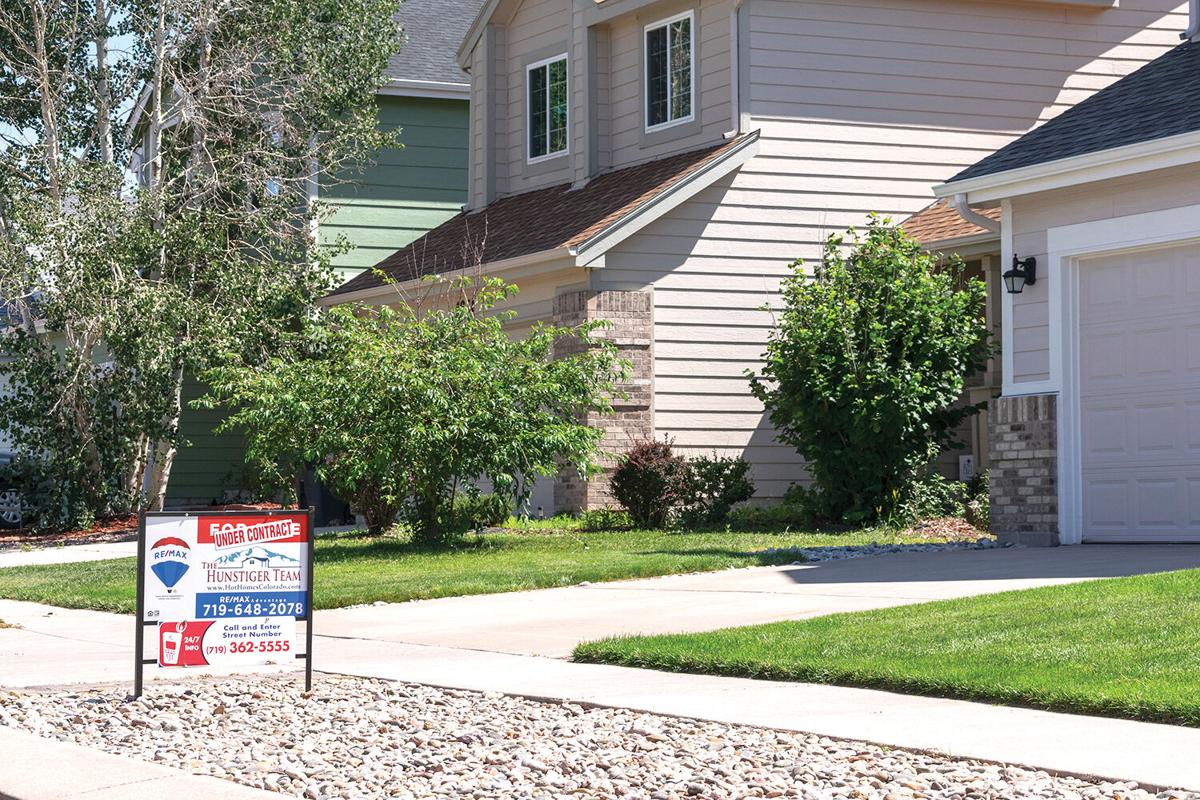 Low inventory has buyers overbidding for homes by an average of 4 percent beyond list price.

When George Nehme, a Realtor in Colorado Springs for 27 years, sits down with clients to discuss the homebuying process, he now has to prepare them for the city’s wild market. He doesn’t sugarcoat it.

There will be multiple offers. There’s low inventory and buyers are overbidding by an average of 4 percent beyond list price, which sits at a median of $400,000. Whatever amount the client is approved for, Nehme says he targets properties priced at $25,000 to $30,000 less, giving them a chance to make an offer attractive enough to be the winning bid.

“Inventory is a key problem for all of us right now, because the demand is so high,” he said. “People are doing what they can to be able to stay within their budget but also try to have an offer that’s going to be right in there with the other ones and not better.”

Nehme cited an example of a property that was on sale for $249,000 and sold for $270,000. The average amount buyers are paying over list price is $5,895, according to PPAR March 2021 data. With homes spending an average of only four days on the market, buyers have learned to make high offers fast, to snap up a property before someone else does.

Nehme says his team sees 30 showings a day on one house during the week and sometimes up to 75 showings a day on the weekend, limiting clients to 15-minute windows. Despite the rush, he still encourages them to go through a proper home inspection. Though he would never recommend it, he has heard from other local professionals that some impatient buyers have waived the inspection in order to speed through the process.

El Paso County Assessor Steve Schleiker believes the county is a seller’s market with  many homebuyers offering as much as $20,000 over list price.

“Basically what’s happening here is folks are coming to the table with money over asking price,” Schleiker said. “Almost every sale that I see coming through the Clerk and Recorder that comes to my office, people are in bidding wars.”

Schleiker expects to see home prices keep climbing, pushed by high demand and low supply. It’s possible markets would see an impact if the eviction moratorium, implemented by the Centers for Disease Control and Prevention, expires as expected at the end of June. Evictions might add to property inventory in the Colorado Springs area.

But will that lower home prices? Not necessarily, Schleiker says.

“I think [the market] will stabilize, but here’s the concern that I have,” he said. “Hot as this market is, I don’t think it will have an effect. I think what will happen is the possibility either in-state or out-of-state investors are going to come in and do fix-and-flips. They’ll ... get the property at a foreclosure auction and get a real low fix-and-flip and sell it for probably double [the prices those houses fetched] in the 2008 recession. That’s a concern.”

“[W]e all know we live in a great area,” he said. “I’ve lived here since ’75 and left for a bit when I was in the Marine Corps, but I think we need to stop hitting social media and telling everybody how great it is. It’s like, ‘Guys stop! We know it’s great. Everybody’s moving here.’”

Rising home prices mean a shrinking pool of affordable housing for the city’s less affluent residents. Richard Skorman, city council’s president pro-tem, says the lack of affordable housing means the number of people struggling will grow daily. Skorman said the 2014 Housing Needs Assessment survey commissioned by the city of Colorado Springs and conducted by Pittsburgh-based Mullin & Lonergan Associates found the city was short 13,000 units. Skorman believes that number has only climbed in recent months as the pandemic marches on. He estimates the shortfall could now be as high as 25,000.

Skorman said 3,000 more affordable housing units are in development for the next couple of years. While the units on the way will help, he wants to see more creativity brought to bear on the housing predicament. Skorman suggests land banking — a practice that allows the city to take vacant or donated land and repurpose it for new development.

“We are really concerned. This is not sustainable.”

“So land banking — you work with entities like the city and the county and Colorado Springs Utilities ... and nonprofits as well; they may have many acres on their sites that they may be willing to donate for affordable units,” Skorman explained. “And you work with everybody you can think of who would help donate land and then have that as part of what makes the units more affordable to build. ...

“The city owns park land that we haven’t built parks on that we may not need to build on; we could repurpose [it] for that purpose. We could [also] be more prescriptive and we could ask that when new development is built, that a certain amount is set aside for affordable housing.”

Skorman talks about NIMBYism, but Schleiker says the squeeze isn’t just about that; government fees and processes also hinder progress on affordable housing. People accuse residential developers of “making money hand over fist” from steep housing prices, Schleiker said, but he sees those prices as an inevitable result of hefty government fees —not driven by greed.

As buyers wrangle over existing homes, a nationwide lumber shortage has raised the price of the average, new single-family home in the United States by $24,000 since April 2020, according to the National Association of Home Builders. Incoming Colorado Springs HBA President Chad Thurber said he saw lumber costs double for his own company, Vantage Homes, when he did the year-over-year cost analysis. Vantage Homes is facing an extra $40,000 per house in lumber costs alone, which represents half the $80,000-per-house spike they’re seeing in overall building costs.

Thurber has seen higher prices from all his trade partners, but lumber cost hikes have been the worst, forcing his team to take a harder look at cost-saving measures.

“[We] evaluate the products we are putting into the homes, whether that’s plumbing fixtures or cabinets or kitchen appliances — whatever we can evaluate, we are constantly evaluating,” he said.

High-density products like affordable home apartment complexes, townhomes and condos appeal, Thurber said, but even with higher density and smaller lot sizes, some costs are fixed and don’t lend themselves to savings.

“It’s not necessarily as great of a correlation as you would think,” Thurber said. “You go to half the size of the lot, it’s not really half the cost. You still have some of your hard costs: water line there, sewer line there, electric and gas bills. Those costs are fixed whether it’s a bigger lot or smaller lot but [higher density] is a way to help get some of the true hard dollars down.”

And there are other costs that have been present for years, but are amplified by the lumber shortage, leading to higher prices for new home buyers. One example: a shrinking labor pool as workers exit the industry for retirement. Renee Zentz, CEO of the Colorado Springs HBA, said although the HBA has been integral to efforts that revive the worker pipeline, such as the Careers in Construction program, which recruits high schoolers into the industry through vocational education, those efforts aren’t matching the worker shortage.

Time is money, Zentz said, and wading through red tape to get an affordable housing project off the ground is a lot like letting interest pile up on a credit card bill before paying it.