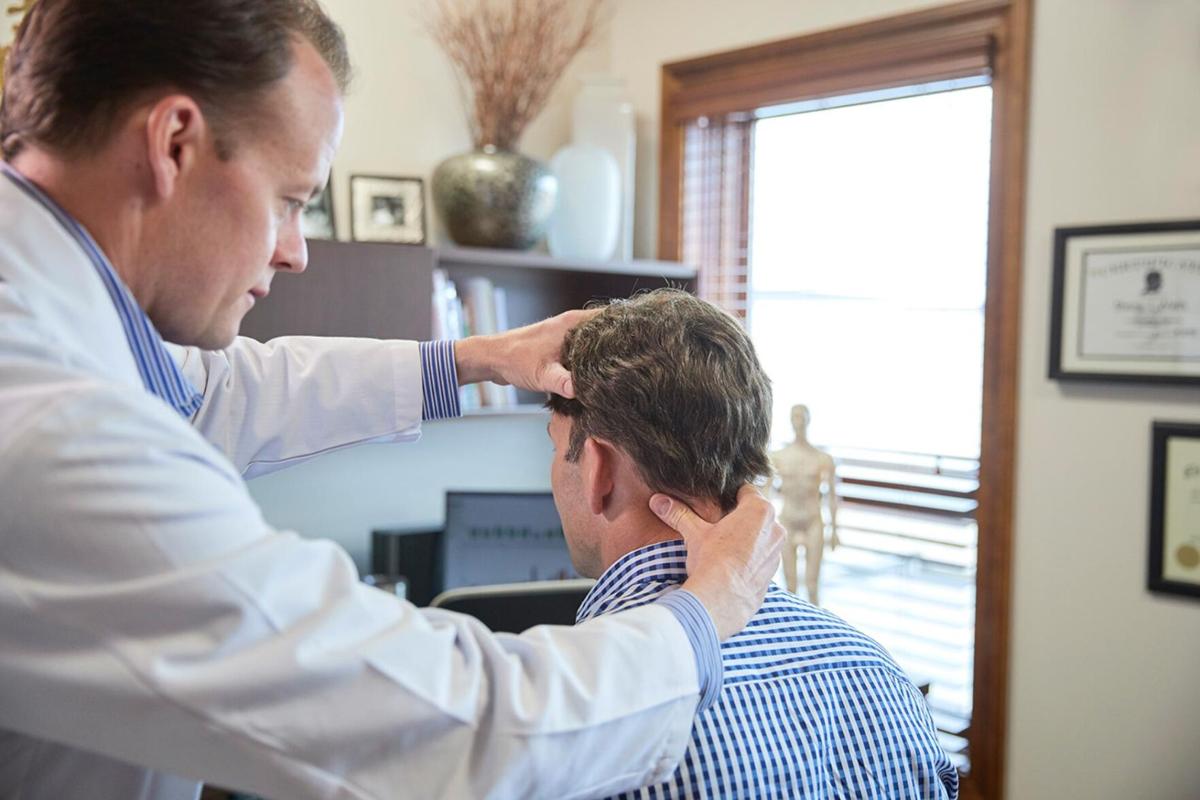 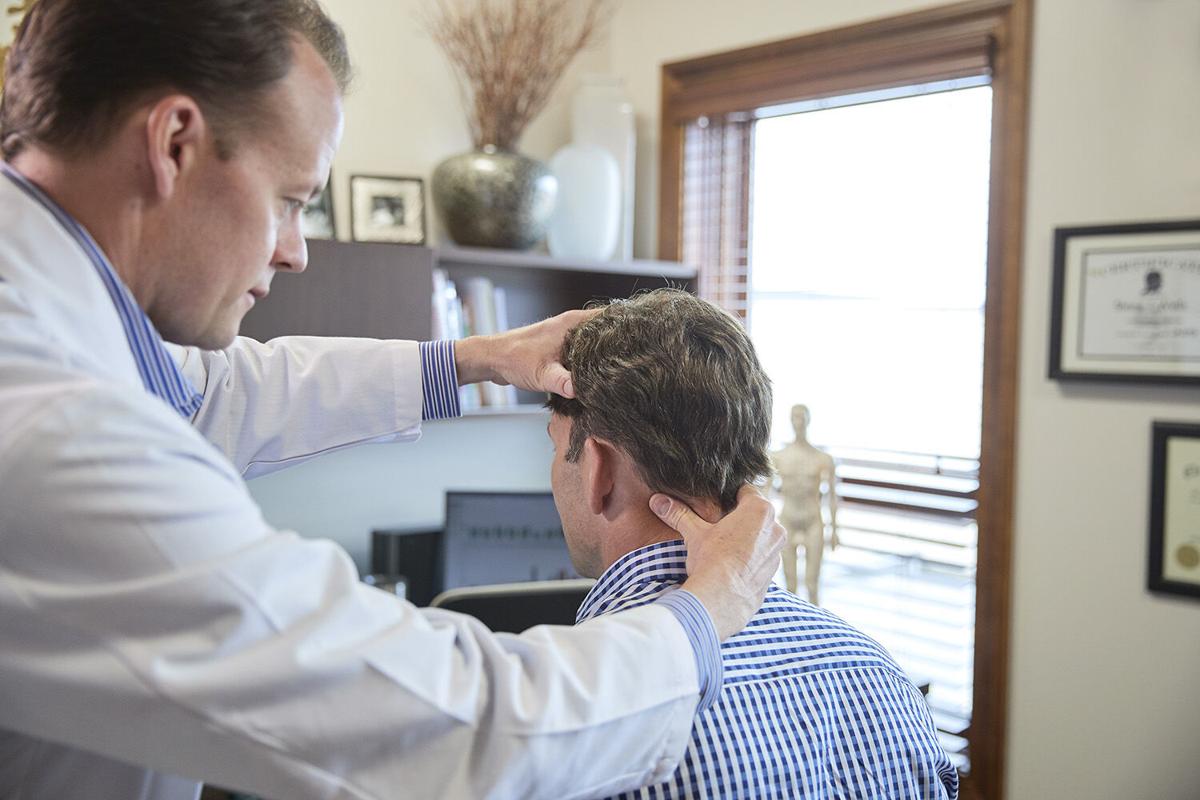 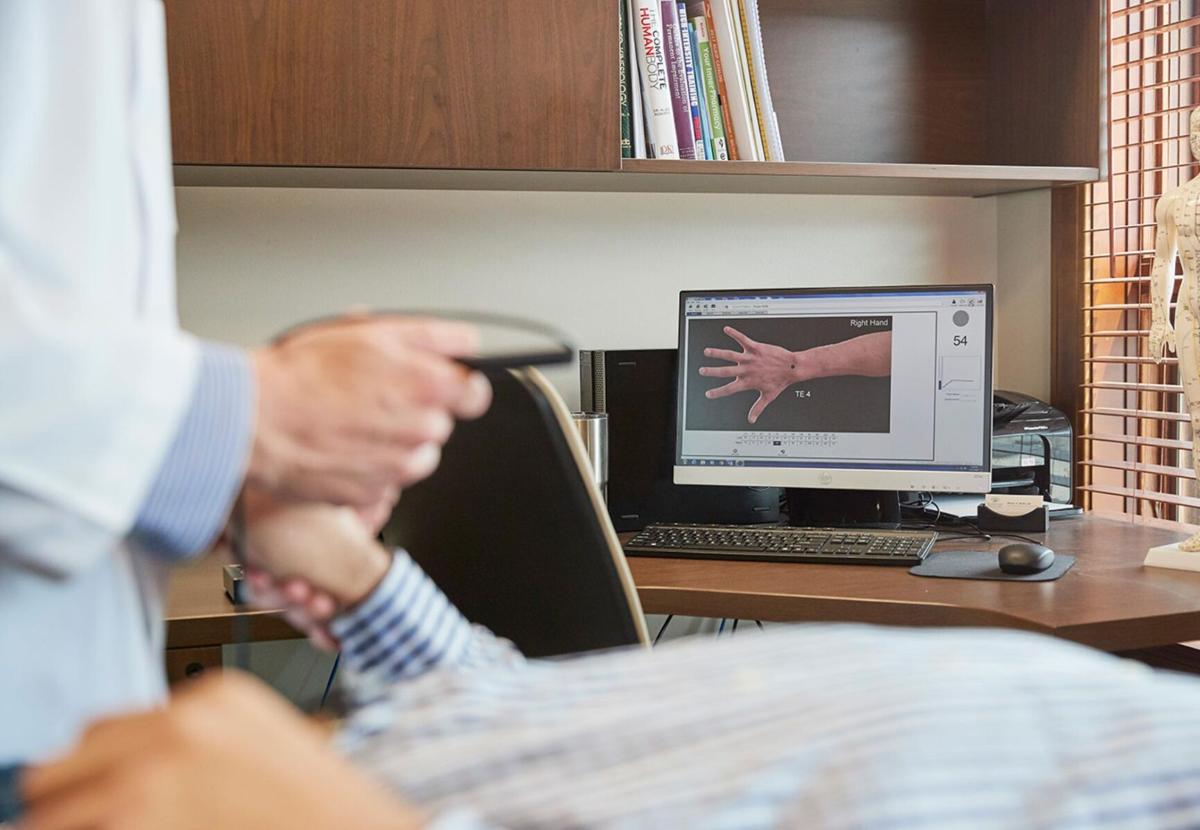 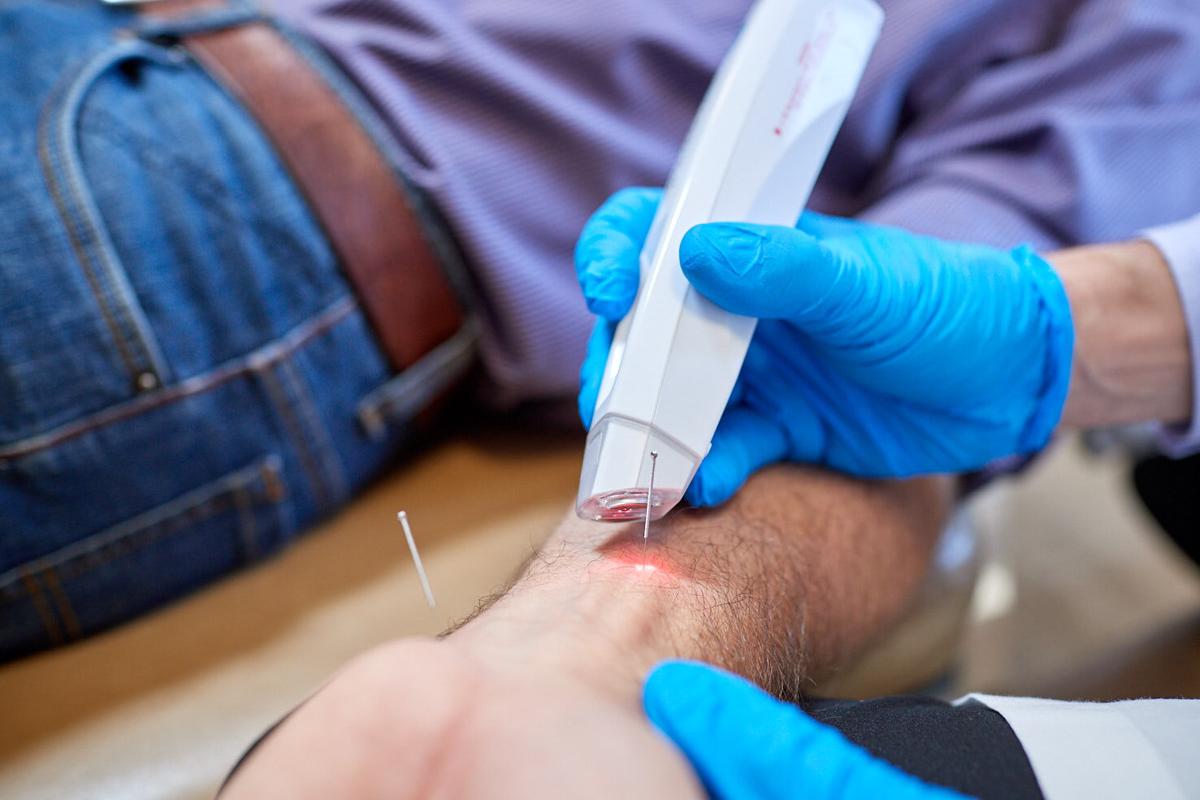 Shane Wells is the Director of Chiropractic Medicine at Strata Integrated Wellness Center at the Garden of the Gods, and his expertise in neuroreceptor therapy makes his practice unlike any other in Colorado.

Wells received chiropractic training in Mexico, Latvia and Italy before joining the Strata team. He is the only provider in Colorado with Master-Level Proprioceptive-Deep Tendon Reflex (P-DTR) training.

I’ve seen a number of chiropractors before, each time to work on muscle aches in my back and shoulders. A few days after each previous appointment, my aches would come back full force.

When I visited Wells, he began the session by asking about each of my old injuries. Some didn’t feel important to list, like the stitches I got below my lip when I was 18 months old, but he asked for information on all of them.

He said that his method of healing people is “95 percent neurological and five percent realignment.” He explained that my brain was holding onto fight-or-flight reflexes from the times of each injury, which cause neurological blockages. These kept my body from communicating and moving properly, ultimately leading to tension and pain.

To heal these blocks, he tested the reflexes and muscle strength in my arms and legs. When I had poor reactions, such as locking my muscles instead of allowing my leg to move, Wells set to work finding the old block-causing injury.

There was no deep tissue work or joint popping involved; most of Wells’ treatment came from him holding pressure over the site of an old injury, distracting my brain with other tasks and erasing the old neurological block. He explained that his technique is like pressing control, alt and delete on a keyboard: there are multiple steps to doing it properly, but it’s a fast and easy way to clear things out.

After an hour, he had reset my hips, released tension in my shoulders, addressed my back issues, readjusted my knees and worked out muscle kinks in my neck.

After my meeting with Wells, I had an appointment with Kelli Miller, one of Strata’s licensed acupuncturists.

Over the past 18 years, Miller has worked to refine her practice into a combination of highly specialized western medicine and ancient Chinese practices. At the beginning of our session, she told me about energy pathways in the body and explained that much of her work has to do with recalibrating them.

Going over my intake paperwork, she told me that the energy balances in my liver and kidneys were off, which could be the cause behind some of my stress, skin issues and stomach pain.

Because it was my first visit with Miller, she wanted to work on the general energy in my body, as well as in my liver and kidneys. She used 14 needles, placing some in my hands, feet, forehead, calves and on my stomach.

Miller uses very thin needles, and I didn’t feel any pain once they were set. After positioning an aromatherapy heat lamp above my stomach, Miller stepped out for around 30 minutes.

The areas around the needles began feeling a very dull ache, as if I had done a yoga class a few hours earlier. Miller had warned me that this would happen, explaining beforehand that the aching sensation comes from the energy pathways moving between the needles.

I began feeling incredibly relaxed about ten minutes after Miller left, and I ended up falling asleep. When my session was over, Miller woke me up and said that almost everyone who undergoes a general acupuncture session enters that same state of relaxation.

After removing the needles, Miller left again, allowing me to get up and re-dressed at my own pace. When I met her outside of the room, she gave me a list of energizing foods for the liver and a copy of a newsletter she wrote about harmonizing with nature in late summer.

Leaving Strata, I felt centered and aware of my body in a new way. I didn’t have the shoulder and back pain that has become common over the past five years, and I felt lighter with each step.