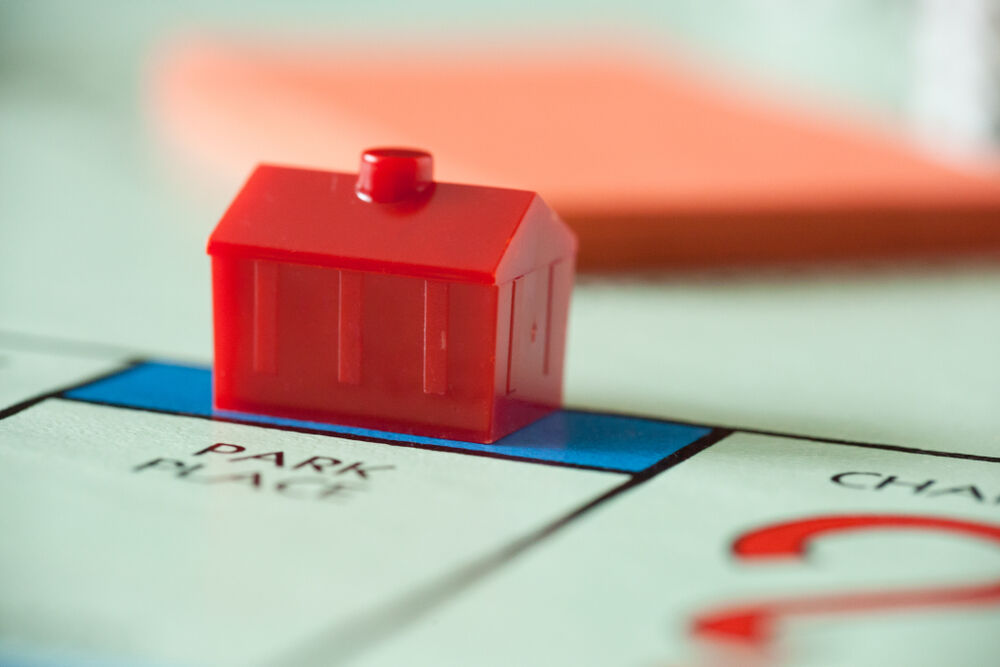 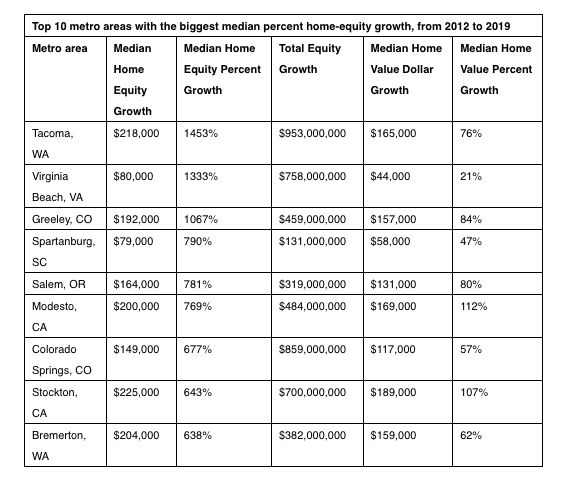 People who bought a home at the bottom of the market in 2012 have earned a median $141,000, or 261 percent, in home equity since then, according to a new nationwide report from real estate brokerage Redfin.

Buyers in Colorado Springs fared well, with Olympic City USA coming in 7th on the list of Top 10 metro areas with the biggest median percent home equity growth from 2012 to 2019.

That list included many metro areas near large U.S. military bases, including Tacoma, Wash. (No. 1 with 1453 percent median home equity growth) and Virginia Beach (No. 2 with 1333 percent).

The report comes from a Redfin analysis of the home equity earned from roughly 1.4 million homes purchased across 138 markets in the United States in 2012.

“The opportunity to build wealth through home equity when prices hit their low point was available only to a fortunate subset of Americans who had enough cash for a down payment,” Redfin chief economist Daryl Fairweather said in a news release. “And now many people who weren’t able to buy into homeownership during that window of time find themselves on the other side of the housing market coin: Many areas are just plain unaffordable for people who don’t have equity built up to trade in for a new home.

“And those who are waiting in the wings, hoping to buy a home when the next recession hits, probably won’t be as lucky as buyers were in 2012. Even if home prices do come down slightly, the housing market won’t be impacted nearly as much as it was during the Great Recession and home equity gains won’t be nearly as big.”

The massive 12-figure total equity growth is driven by large, expensive coastal markets — mostly in California — where home values have increased by at least two-thirds and the typical homeowner has earned more than $300,000 in equity since 2012, according to the report. The cities with the biggest total home equity gains in dollars are Los Angeles ($15 billion), Seattle ($8 billion) and Oakland ($7.9 billion).

Did you go to In-N-Out Burger this week?