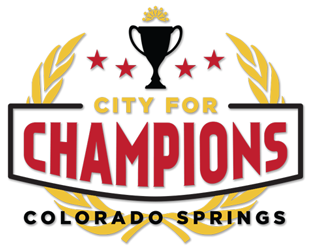 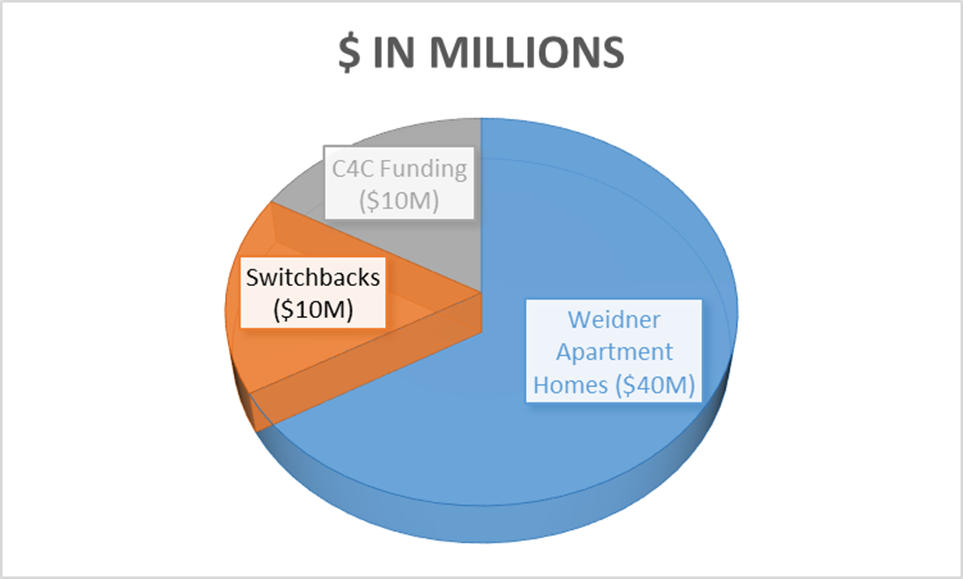 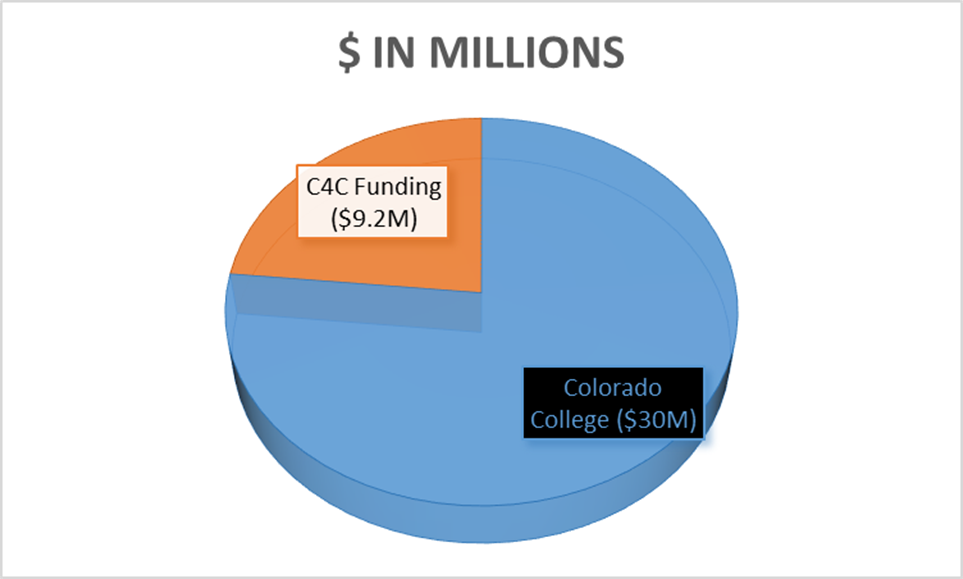 Editor’s note: The city of Colorado Springs issued a news release today announcing a partnership between Colorado College, the Colorado Springs Switchbacks & Weidner Apartment Homes as operators of a downtown sports and entertainment complex, the final of four City for Champions projects. The release is reprinted in full below. Check back with the Business Journal for additional coverage.

The City of Colorado Springs today announced plans to move forward with the fourth City for Champions project; the Colorado Sports and Event Center. Comprised of two separate facilities, these will be state of the art, multi-purpose venues designed to host professional, Olympic and amateur sporting events as well as entertainment and cultural events. The outdoor downtown stadium will become the permanent home of the Colorado Springs Switchbacks while the event center will serve as the new home of the Colorado College ice hockey team.

Partnering and providing private financial funding in the venture are Colorado College, the Colorado Springs Switchbacks and Weidner Apartment Homes. The next step in the project is presentation of the business plan and finding of commencement of substantial work toward the project by the Colorado Economic Development Commission at its meeting in September.

“It gives me great pride to announce that the City of Colorado Springs is ready to effectively leverage $27.7M in State City for Champions funding to build a downtown sports stadium and events center” said Colorado Springs Mayor John Suthers. “Today’s announcement is the culmination of a lot of hard work and incredible collaboration between a number of private partners. While this project represents a significant benefit to our city’s economy and cultural and sports offerings, we have remained committed to the desire of our voters to accomplish this feat through private partnerships and investments and not with local general fund tax money. To that end, I’m incredibly pleased to announce that we have an excellent proposal and a plan to move forward on these facilities.”

A Sports Authority comprised of five individuals appointed by Mayor John Suthers, County Commissioners and City Council will be formed to ensure the projects meet requirements set by the State Economic Development Commission. Colorado College and the Colorado Springs Switchbacks will each hold one seat on the authority.

The proposed downtown stadium will be located at the CityGate property bordered by Cimarron to the North, Moreno to the South, Sierra Madre to the West and Sahwatch to the east. The facility will be a mixed use development which will feature a rectangular field of play and will serve as the permanent home of the Colorado Springs Switchbacks. The stadium, containing 10,000 spectator seats for sporting events, will be a multi-use facility which can accommodate a wide variety of sporting and entertainment events. Capacity for concert events will be 20,000.

“In 2013, when I was looking to start a professional Soccer franchise somewhere in Colorado, Colorado Springs stuck out as a City that had a passion for sports and a vision for growth,” said Ed Ragain, owner of the Colorado Springs Switchbacks. “It is amazing to be standing before you today announcing our plans to complete a long desired downtown sports stadium in this great City. In my professional career, I had the opportunity to be a part of designing and building some of the largest and most successful sports stadiums on the planet.  It has been inspiring to witness the way that many of these facilities have changed the trajectory of neighborhoods and cities through lifestyle enhancement. While our stadium project is smaller in scale, we are committed to design features that bring forward a great sports environment.”

“I am very excited to see the City of Colorado Springs get behind professional soccer like numerous other leading cities around the country,” said Switchbacks Head Coach Steve Trittschuh. “The downtown stadium will help us compete at a higher level and represent the City well.”

“Two key elements were considered in awarding the Ragains a USL franchise back in 2013, namely Ed Ragain’s experience with sporting venues and the strong community support from Colorado Springs. The City for Champions downtown stadium project brings those two key elements together for the benefit of the community, the Switchbacks’ loyal fans, and the future long-term sustainability of the USL franchise in Colorado Springs,” said Alex Papadakis, CEO of the USL.

The stadium will be constructed together with a mixed-use residential and commercial development in partnership with Weidner Apartment Homes. Weidner will receive naming rights to the stadium. The combined project is estimated at $60 million dollars.

“On behalf of Dean Weidner and the 1,400 team members of Weidner Apartment Homes, I’d like to express our tremendous excitement at being a part of this downtown revitalization effort,” said Greg Cerbana, V.P. Public Relations and Government Affairs for Weidner Apartment Homes. “Weidner has been a part of the business community here in the Springs since 1993, but our roots in the community are much deeper as Dean Weidner himself grew up here. Our desire to elevate our level of support from that of a sponsor to now being a partner is based on the vision we’ve jointly developed regarding the new downtown stadium and it’s potential to help spur a sports and entertainment district in downtown Colorado Springs.”

The Colorado Springs Switchbacks FC, a United Soccer League franchise, will be the primary tenant of the stadium, and Ragain Sports, a separate business, will be tasked to operate and program the facility with additional events.

The indoor events center, named the Edward J. Robson Arena, will feature 3,000 permanent seats and capabilities to host ice-based and other sports, as well as entertainment events. The planned arena, which will have less than half the seats of the Broadmoor World Arena, is comparable in size to the arenas of colleges and universities that have similar numbers of students and Division I hockey programs. The arena will be built on the block bordered by Nevada Ave., Cache La Poudre, Tejon and Dale Streets, allowing the CC hockey team to play games on campus for the first time since the program started in 1938.

“Thanks to this partnership and the generosity of donors including alumnus Ed Robson, Class of 1954, the Lyon family, Penrose-St. Francis Health Services and others, the college is moving forward with this ambitious project,” said Colorado College President Jill Tiefenthaler. “We’re also thrilled to partner with the City for Champions Initiative, the Colorado Economic Development Commission, the Weidner family, and the Colorado Springs Switchbacks on this hockey venue, which will greatly benefit both the college and downtown.”

Initially planned as a practice venue, Tiefenthaler said that the city’s investment, through City for Champions, as well as commitments from a number of donors, will help the college create a multi-purpose state-of-the-art, sustainable venue that will benefit both the college and the city.

“This is an exciting time for Colorado College and for Colorado Springs,” said Tiefenthaler. “Robson Arena will become known as a premier destination for CC’s Division I competition as well as national and international events with our Olympic partners.”

Colorado College’s involvement in this project, as well as its recent alliance with the Colorado Springs Fine Arts Center and its leadership role with PPCC, UCCS and the USAFA on the Quad Innovation program, show that CC’s leadership is bold in seeking collaborations that result in positive outcomes for the Colorado Springs community. This new venue will join the Fine Arts Center in serving as a gateway to a vibrant downtown corridor, drawing even more visitors to the Pikes Peak region and contributing to its economic strength. As with Colorado College’s recently renovated Tutt Library, the largest carbon-neutral, net-zero energy academic library in the United States, the new arena will further CC’s commitment to sustainable design.

“We are thrilled to partner with the City on this important project.  This is a game-changer for both Colorado College and downtown Colorado Springs,” said Colorado College Director of Athletics Ken Ralph. “This is one of those rare circumstances where it is a win for all involved.”

A practice arena was part of Colorado College’s masterplan that was approved by the college’s Board of Trustees in 2015.  Now, as part of City for Champions, the arena will be designed to accommodate multiple events as envisioned in the state-approved Regional Tourism Act application. The venue’s design also will complement the developed surrounding area.

“The Broadmoor World Arena has been a wonderful home for CC Hockey for more than 20 years and we will forever be grateful to El Pomar Foundation for facilitating the construction of that arena,” said Ralph. “It will be very exciting for the community to have two outstanding venues in the city.”

Colorado College will handle all operations and scheduling for Robson Arena.

Economic impact of the Sports and Event Center project is forecasted at $32 million annually and $1 billion over 30 years. The project is also estimated to generate $1 million dollars in new city sales tax revenue each year and is anticipated to generate over 650 new jobs.

This project impact is a vital part of the combined impact of the four City for Champions projects, which are forecasted to:

City for Champions will brand Colorado Springs as Olympic City USA, and invite national/international sports performance and medicine entities to the city–to compete in events and do business.

The cost of the outdoor stadium is estimated at approximately $20 million plus a mixed use development project costing approximately $40 million for a total of $60 million. In addition to the $10 million in state RTA bond funding, the Colorado Springs Switchbacks will be contributing another $10 million and Weidner Apartment Homes $40 million.

The indoor events center will cost approximately $39 million with $9.2 million funded by the state RTA bond proceeds. The balance (approx. $30 million) will be provided by Colorado College.

On July 8, 2013, the City of Colorado Springs began its pursuit of supplemental funding with the Regional Tourism Act of the Colorado Office of Economic Development and International Trade. The Regional Tourism Act promotes diversification of the state’s economic base by providing a financing mechanism for attracting, constructing and operating large-scale regional tourism projects, which include tourism or entertainment facilities that will attract significant investment and revenue from outside the state. The application, appropriately named “City for Champions,” highlights four unique and extraordinary venues that will strengthen and diversify the economic impact of our regional and state visitor attractions: