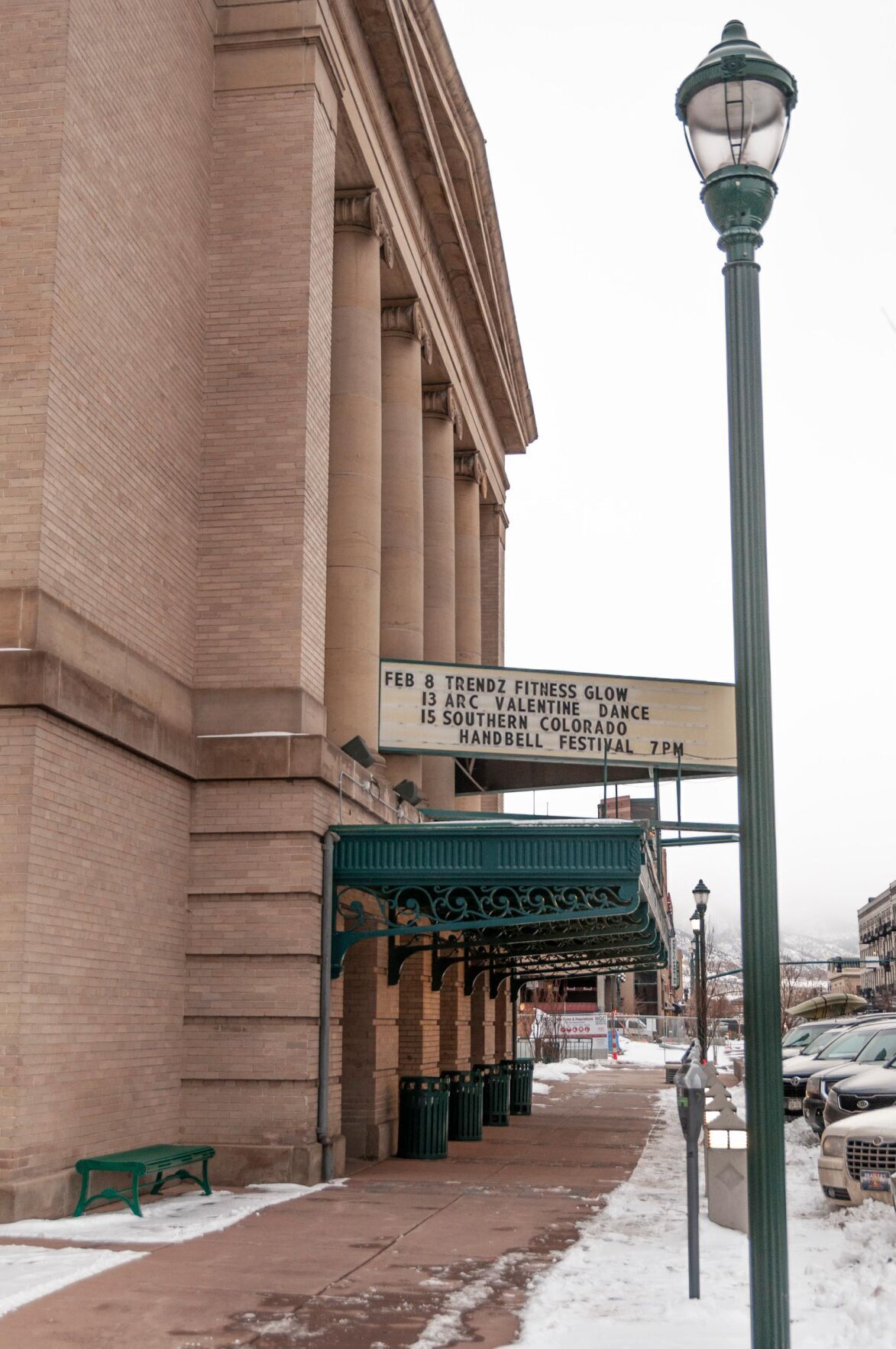 City Auditorium would be revamped with $53 million under a plan outlined June 15 by a newly formed organization. 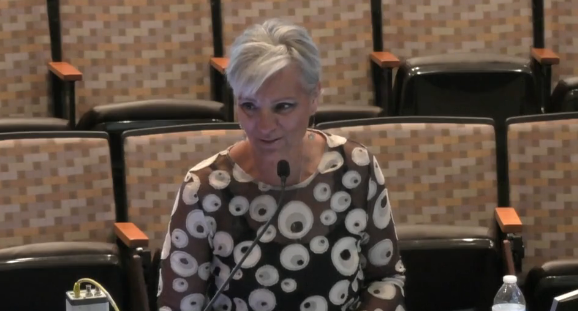 Linda Weise, who will step aside from her Colorado Springs Conservatory, will head up the effort to remake City Auditorium. 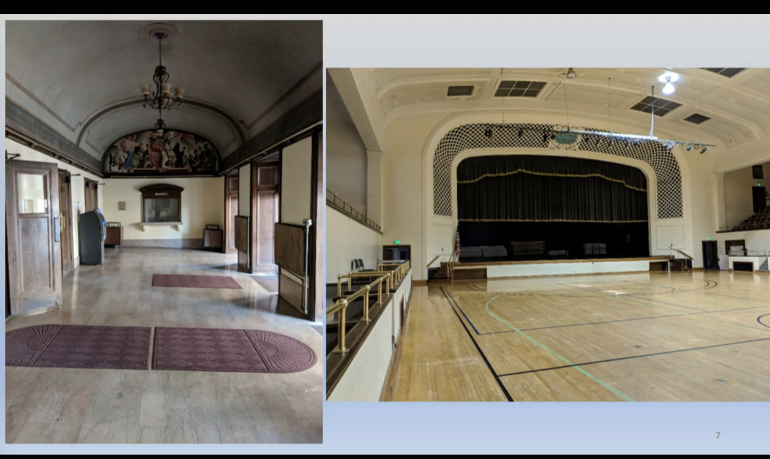 The main stage area and the entry way for the auditorium as it exists today. 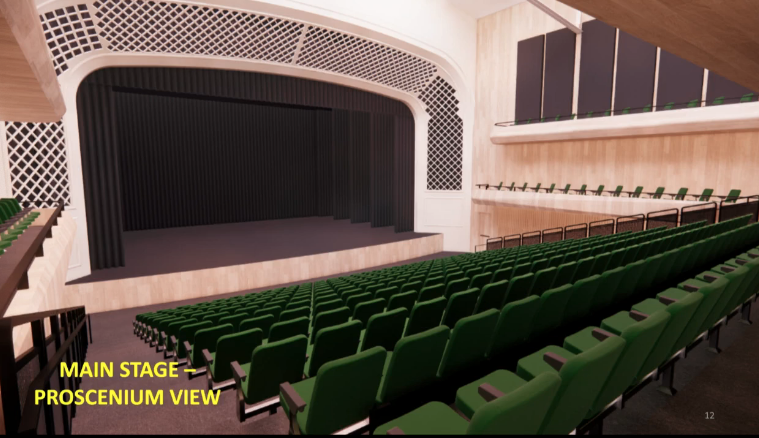 This is a view of the former stage area with theater seating, which could be pushed back to create an open space.

A group led by Colorado Springs Conservatory owner Linda Weise wants to pump $53 million into City Auditorium to rejuvenate it as a cultural asset that would host arts and music, nonprofit and business events.

For years, the city has been seeking to overhaul the landmark at 221 E. Kiowa St., built in 1923. The auditorium has been used in recent years for roller derbies, metaphysical fairs and occasional concerts. In 2008, the memorial service for long-time Colorado Springs Mayor Bob Isaac was held there.

The facility can seat roughly 3,000, but plumbing, electrical and other aspects are long overdue for repairs and/or replacement.

In that role, she told Board of El Paso County Commissioners on June 15 in a bid for a $10 million donation that she'll guide the effort to usher in a second century of use for the auditorium.

The city lacks the necessary resources for renovation and optimal operation, she said. But under the care and ownership of a nonprofit, she noted, the facility could satisfy a variety of needs, add to the city's appeal for visitors and stimulate the local arts scene for residents.

The group's plan is to redesign the facility, expanding it from 40,000 square feet to 90,000 square feet. An addition would be built on the south side, and new floors added to capitalize on the building's size. A chief stage would be preserved and seat about 600.

Being part of the Urban Redevelopment Authority means that tax increment financing could be used to help fund the project. The URA developer is Norwood Development Group, which also serves as master developer for the Southwest Downtown URA on the opposite end of downtown where the Olympic & Paralympic Museum and Weidner Field are located.

Backers are looking for money from the county and city, coming from $140 million and $76 million allocations from the American Rescue Plan Act, respectively, as well as from the state and, potentially, the National Endowment for the Humanities and other national organizations.

A pro forma capital and operating budget shared with commissioners shows construction would cost $52.9 million, with $3.6 million of that set aside as a contingency. Revenue is stated as $56.5 million, which includes donation of the building by the city, a value of $2.265 million. Weise said tax credits and other sources of funding would only be available if the facility is in the hands of the new Cultural Collective nonprofit agency, rather than the city.

To make way for various studios, classrooms, music, dance and drama venues and the like, the building will be overhauled to create an additional floor. The partial basement would include a main stage, a cabaret venue and a commercial speakeasy. The ground floor would host "retail partners."

Clearly, backers want the government to play a major role. David Lord, the new nonprofit's board chair, told commissioners, "Philanthropy doesn't want to pay for this 100 percent. They say, 'Where is the government sponsorship?'" He said for the project to move forward, it needs money to pay Semple Brown, Architecture & Interior Design, and GE Johnson Construction, listed as project partners, and others.

"We're really at a moment ... if we miss this opportunity in the next few months, the project will not be moving forward," Lord said.

Weise predicted the facility would become a hub that is "activated all day."

She also pledged that it would be accessible and affordable to community partners, with a "strong education arm."

Referring to students, she said, "If they’re passionate about something, they will come."

She also predicted it would position the city to draw cultural conferences that now go elsewhere, and it will spur further downtown residential and commercial development. A Hyatt Hotel is going up just west of the auditorium.

"We will help keep cultural spending within the county," she said.

URA Executive Director Jariah Walker says he doesn't have a deep understanding of the plan so he couldn't predict how much money could be generated for the tax increment financing by the project. The Hyatt hotel next door is expected to generate $1.5 million, which would go toward construction, however.

"Right now that building is needing a huge influx of help one way or another," Walker tells the Indy. "My only concern is, will that level of money be raised to put forward all the improvements it needs and deserves, and what sales tax will be generated? My concern is, is that too big of an apple to take a bite out of right now?"

But he adds, "I'm a fan. I certainly think the City Auditorium, a gorgeous building, deserves something."

Asked to comment on the proposal, Mayor John Suthers, through spokesperson Jamie Fabos said, "It’s very early, so we won’t have much to give you."

How concerned are you about long-term inflation?